Everyone online: “You can do anything your mind puts into. You matter & you’re loved by everybody including myself. You deserve to spend time with people who make life better etc.”

Mental illness lifehack: It’s impossible to fake sick at work if calling out sick to work makes you so anxious you become physically ill!

If you need someone to talk to, message me ❤️

If you need someone to talk to, message me ❤️

You ever sit there and have all kinds of revelations about just how anxious of a person you are?

Where is my happily ever after?

Great I got nostalgic regret with this talk of old days .

I feel like it’s about time everyone understands that the correct follow up to the exchange “Did you get hurt/offended/upset by this thing I said/did?—Yes” is “I’m sorry” and not “there’s no need to be” or “why?” Or “I didn’t mean to cause that [so you shouldn’t be]”

I was prepared to have to wait weeks to hear about those four permanent positions I interviewed for. And then my friend interviewed on the 25th and got offered one of them on the 27th.

And while I’m super happy for her (she’s a grandma and wants to be able to retire in ten years), now I’m second-guessing everything I said. 😩 Who knows how many positions have been offered so far?

I have to be alone on the counter all week, too, and my social anxiety is going into overdrive. But both my supervisor and group lead have been super concerned and reassuring. I’m surprised about that. Almost don’t trust it, like there’s some ulterior motive. If anything, I’m the one insisting that this is something I have to learn. Not used to having bosses who want me to feel comfortable before doing things.

They also keep talking about how quickly I’m progressing. My supervisor even said something to the effect of that they weren’t prepared for how quickly I’ve been picking things up.

That training I had last week, someone else told me she had to work there two years before she got the same training.

Which is why I should be permanent.

I just hope I don’t get a rejection email while up on the counter.😩😩😩 I just know I’ll be spending all week staring at my emails, waiting for any kind of indication.

Guh, I hate being this person. Just wanna feel as confident as I keep pretending to be.

People with psychiatric disorders are the most stigmatised group in my opinion. It is scary when people do not get you.

Depression is like looking at someone ruining your own life. I was in major depression from age 11. I remember looking at myself in the mirror every morning to see if my crying every night is making me ugly at only 11. I also remember everyone living their young life while I was scared of “people who were spying on me or out to get me”. I remember my teacher saying to classmates “You all are only 14 you don’t know REAL problems, so enjoy it!”. But now, at 27, mental problems that I had at 11 are still the scariest one ever. It is not all puberty thing.

No therapist treated me serious and that was big mistake. Recently I discovered I was actually psychotic as kid. All they said was it will go away and it is just a phase. Realising that no one is believing you. It is too scary. So if you are young and having problems I do believe you. Please discover people who will believe you and talk to you. You are important.💟

im so fucking tired of having social anxiety guys,

If I don’t get out of this house soon, I’m going to fail my assignments and start cutting. Not on purpose, but it will happen if I don’t get out. I might get COVID in the other house (cuz my mom’s husband has some of its symptoms but he never took a COVID test and is getting better), but I'lll take my chances

I used to not harm myself at all and just cry, but now I dig my nails into my forearm. Today, I did that again and even started punching it 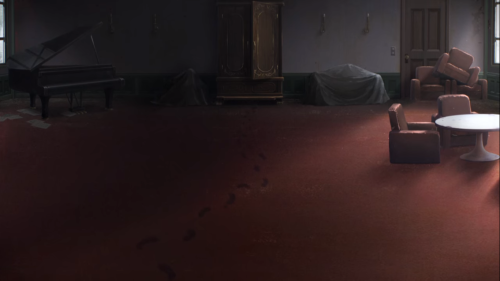 1. Completely avoiding human contact so nobody can get mad at me

✨And other things childhood trauma cursed me with ✨

So, I told my toxic friend that I was going to take a step back from our friendship because it was harmful to both of us and all she said was “okay,” so I have no clue how she feels about it. Which wouldn’t be an issue, but I’m going on a walk with her and some mutual friends in thirty minutes and I’m really anxious.