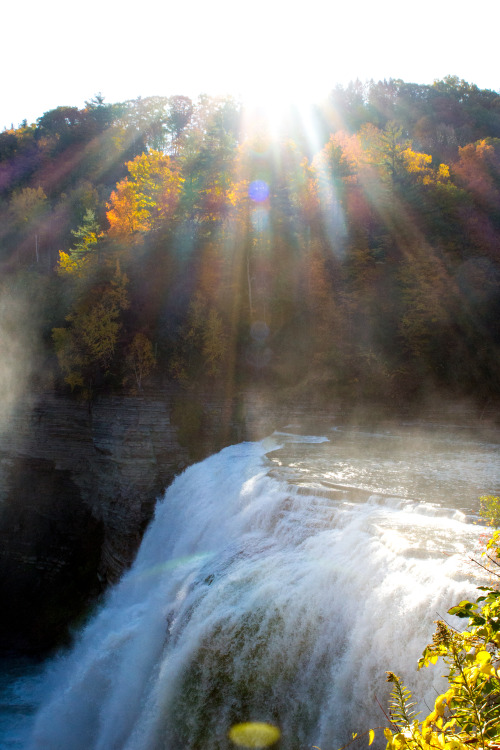 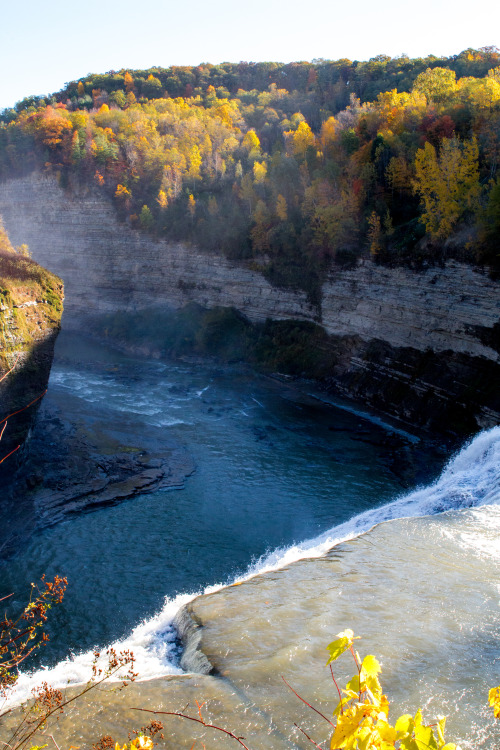 I ship it Ü

Next order from Fiverr! :)

PLEASE DO NOT REPOST WITHOUT MY or OWNER PERMISSION! 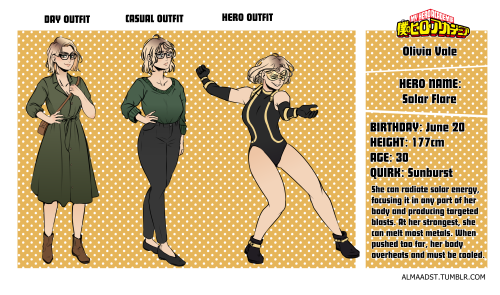 sting doesn’t wait for their babble to end. sting just pulls out a portable blood scanner and takes a sample to analyze. string frowns down at the scanner when it beeps out its results.

“bluejay’s been out of my city for a while, hasn’t he?” sting says almost meditatively.

“er, yeah,” solar flare says as he watches sting take out something that looks like an epi-pen. “he’s been hanging out with sunspot a lot lately. shouldn’t you know this?”

sting frowns a little at bluejay with his full body armour, still in shining shadow’s arms, then pulls the neck of bluejay’s body suit aside to punch the epi-pen looking device into the meat of his shoulder.

solar flare frowns a little because he thought epi-pens were supposed to be injected in the thigh. then again, that might not have been an epi-pen, and knowing the birds and the bees, it might be hard, not to mention embarrassing, to strip bluejay to the point where the needle wouldn’t break.

“he’s been avoiding me,” sting murmurs, putting the epi-pen away. “I think he’s been talking with red tail.” sting glances up to shining shadow, who’s practically vibrating in place. “be careful with him. he will continue to exhibit withdrawal symptoms for the next few hours. the dose I gave him wasn’t enough to entirely counter them, though it should bring him back to equilibrium.”

“yes,” sting says simply, looking up at her. “that’s my city. you can’t live with it.” sting’s mouth twists, looking back to bluejay. “you can’t live without it. the various toxins that my villians have  developed have seeped into the water supply despite the best filters and liver in the air. most aren’t directly addictive, but long term exposure can cause a dependency. he’s been in the city long enough for it now.”

sting sighs and steps back to their spot to pull out a water bottle to toss to shining shadow. “here, for when he wakes up.” i think she should have like. one of those fake guns that just gives you a BANG flag if you shoot it. as a treat 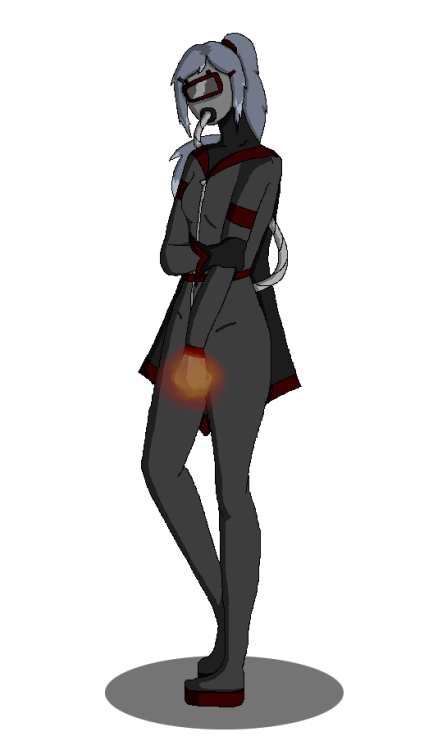 #transparent art, #my art, #my oc, #queer artists, #gas mask, #solar flare, #mine
7 notes · See All
ourjacketsworkjustlikeparachutesText
#inspiration, #peep the lyrics please, #so uplifting, #you are the soul, #solar flare, #what makes you think you cant be a king, #youre the fire, #on my 3rd replay, #what do you seek to fulfill your desire?, #Spotify
0 notes · See All
okaoiriText

#digital art, #solar flare, #nightcap, #pvzh, #plants vs zombies heroes, #I ship them but not much, #they both look a little cute together, #pvz, #pvz fanart
25 notes · See All
stilbiePhoto 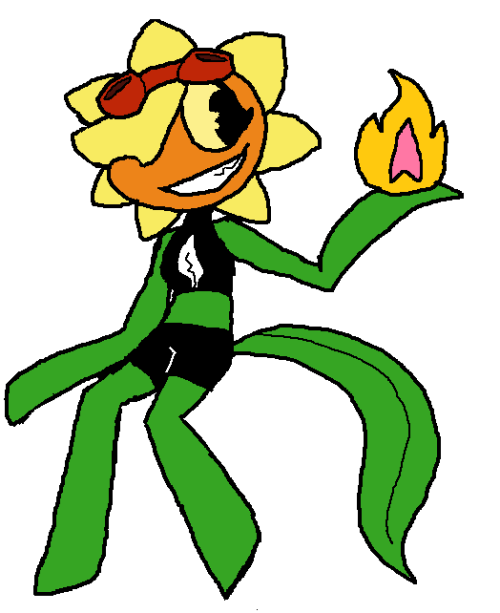 made out of boredom

#digital art, #my art, #fanart, #solar flare, #pvzh, #pvz heroes, #I have nothing better to do
14 notes · See All
maxsixPhoto 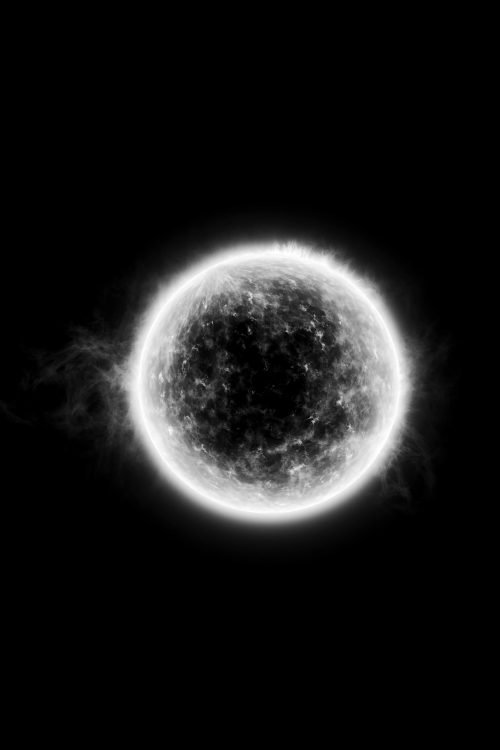 💥 || There are two states of being that often cannot co-exist together harmoniously - the state of being lazy and the state of being horny. Both are good things to be - great things to aspire to - and yet, often, if Hanzo finds himself experiencing both in conjunction with one another, he is often left feeling frustrated and dissatisfied. The vicious light of magnificence of his day unfolds by the darkness, as the amber-saturated depth of Hanzo’s gaze exemplifies the tingling tightness of his throat, as his pulse pounds. His skin hot and tight, as fathomless and boundless base desire simmers in his blood, lapping against the entirety of his being like the waves against the shore, and the only way to lessen the pressure is to utterly subjugate into carnal lecherousness.

The stirring between his sculpted legs would only add to the somatic deliriousness as Ryou’s clamping teeth over the trapezius would cause irreversible transition; blood flow heading rapidly downward, even with the expectant state of their nakedness. His beloved’s mouth would mark the lines of his pectorals, hands drifting to pinch his darkening nipples as well. The slow, steady ministrations cause Hanzo’s throat to bob, as he swallows, giving Ryou an incremental nod, encouraged permission and incitement as cadence of soft, arrhythmic moans would expel from his parted lips. Perhaps he was a cold in need of soothing - gentle touches, careful gestures, but enough ownership to keep him grounded, in sense of utter belonging.

Hanzo’s eyes would flick upward immediately; they are well beyond past being tentative around one another, for a degree of confidence and perceptive empathy they channel towards one another wants what they want as a whole. A series of lazy and familiar kiss unfurls, stringing their breaths to be coalesced, long and indulgent - and he feels Ryou grin against his mouth, and Hanzo spreads his fingers over his beloved’s chest, relishing the warmth and pounding of his heart beneath his skin. The embers of desire banking low and deep in Hanzo, as lust burns bright like erupting firestorm, in tandem with the probing tongue exploring the wet cavern of Hanzo’s mouth. The flat blade of Ryou’s tongue arches as the simmering of their bodies causes Hanzo’s voice to be roughened with desire.

“How you cause me to drop white and pearly sweat in the solar depth of your warmth. Your presence always will become something ineffable that comes and fills my hollow emptiness. Soon, Hanzo’s lubed fingers would dip in and out of Ryou’s coiled muscles, stretching and stroking. How his own thrashing desire would cause his stomach to knot and the throbbing in his groin take on a different kind of urgency. Ryou would push forward and Hanzo back; a tug-of-war, a benevolent fight for purchase upon one another as Ryou’s tongue would continue to work thoroughly and industriously against the bruised mark between the collar and throat. With Hanzo’s own lips sealed against his beloved’s temple as the exquisite saccharine sweetness and musk heightens, saturating their aura, as the rock-hard length of his would delve deep into his husband’s in a one, swift stroke. With his hand spreading out over the small of Ryou’s back and spreading him open, pushing him down evenly, the viscousness of his gaze would lose his ability to focus as paroxysmal delirium continues to drive him to ease in and out of Ryou effortlessly.

Beneath the utterly bewildering impulse and unchoreographed frenzy of his thrusting movements, his heart sinks into depth of lows and exhilarating highs, in riotous abandon and extravagant sensuality. Working in deep, controlled strokes in and out of Ryou, Hanzo’s fingers clench against his beloved’s, any exposed expanse as to revel in reverence and urgency. How his nerves would shake and convulse under Ryou’s reciprocated ministrations, as his body would arch, gone taut as a bowstring. Ryou’s groan of satisfaction and half-lidden, agape facade urges him to go in a plunging cadence, plunging in and out with shorter, harder strokes.

Hanzo’s own breaths become choppy, and Ryou had lost himself to heavy, wordless grunts as his buttocks would sink with considerable weight atop Hanzo’s lap. Soon, the Commander’s quicker, relentless rhythm would falter, as he would spurt in twitching, explosive release. When Ryou’s weight drapes over Hanzo’s own, they would let themselves fall like wilting petals of blossomed flower, as shining pearlescent white in the ambient light would saturate them in slick perspiration and synchronized, ragged breaths.

“I have never known my place in this world until I have gotten to know you,” once his harsh breathing trudges through the settled certainty of normalcy, Hanzo’s gaze wades through the shared stream of afterglow. How a gentle smile beckons his defined features, rubicund cheeks colored in saturated copper. “You embrace me, calms all my fears and welcomes me back endlessly, and you beckon me home like a long lost friend, and soulmate, and so much more.” 💥 ||