Commission for @rivengeance!
Sung Jin Woo x Cha Hae In from Solo Leveling
thank you so much! 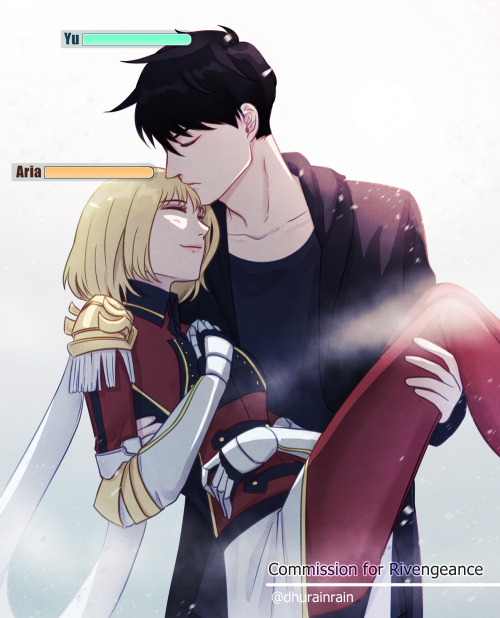 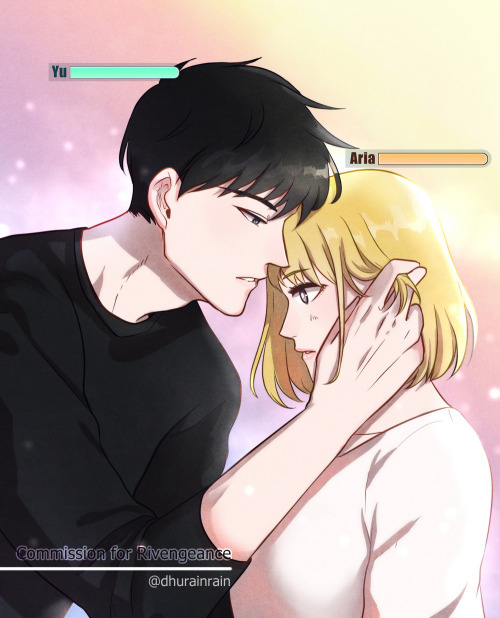 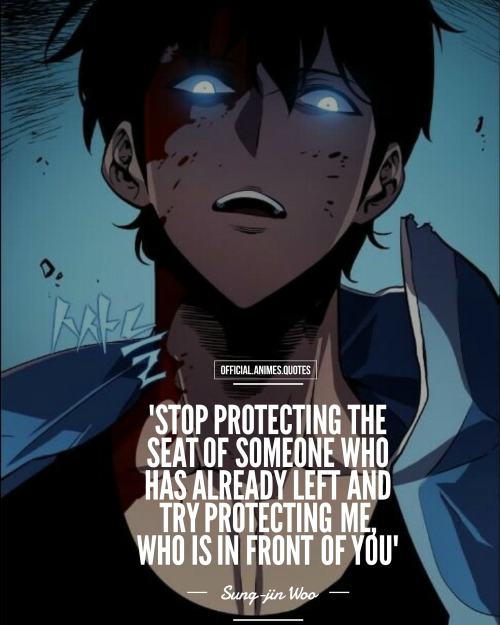 This is one of my favorite scenes in the manhwa. While Jin-Woo thinks it’s a sign that Igris believes him weak, I think it’s a sign of respect. He’s trying to give Jin-Woo a fighting chance because Jin-Woo isn’t truly his enemy. It’s more of a test than anything else, though still a serious fight as “failure” means “death”. 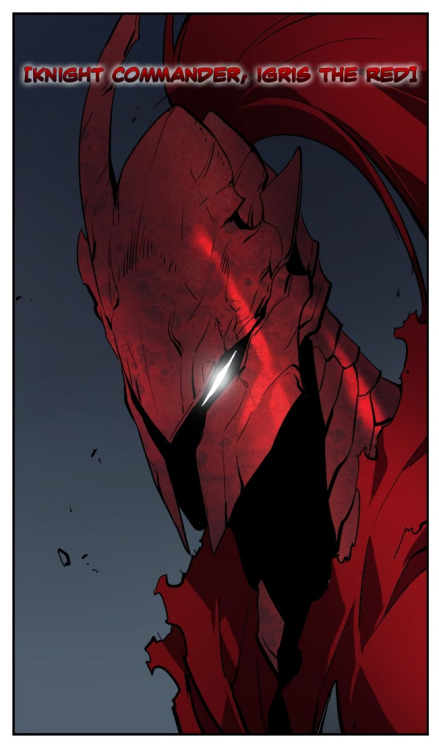 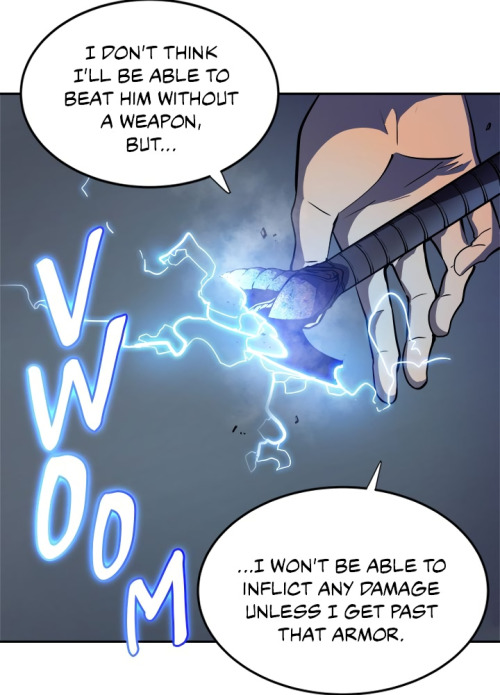 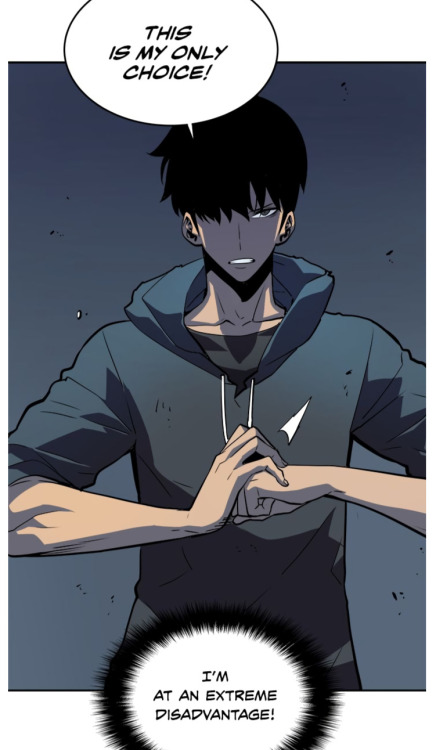 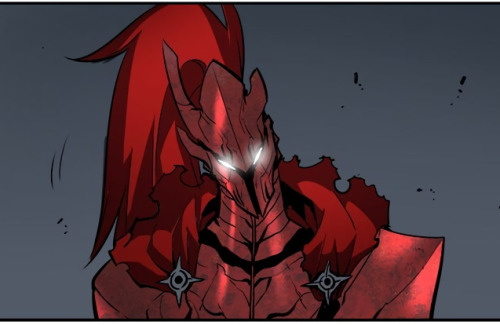 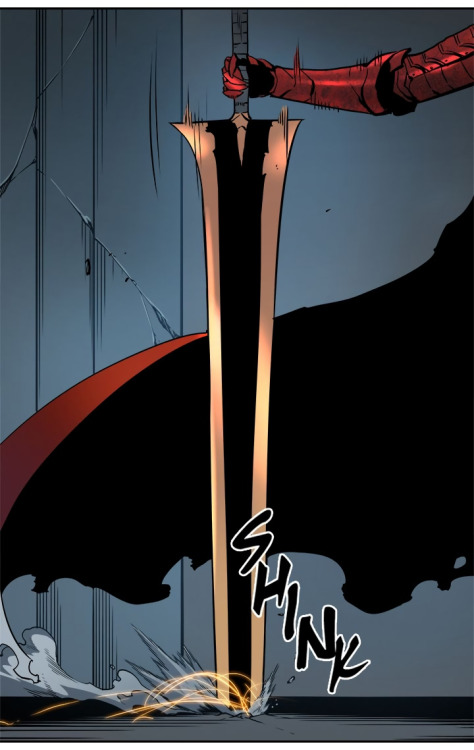 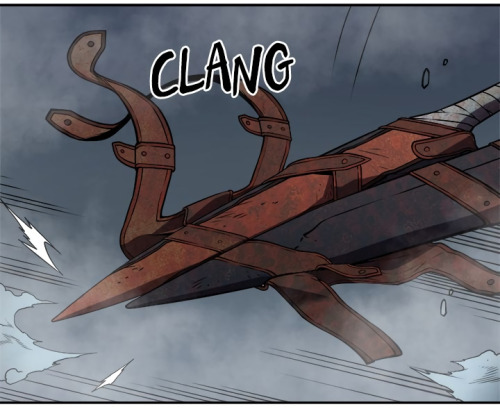 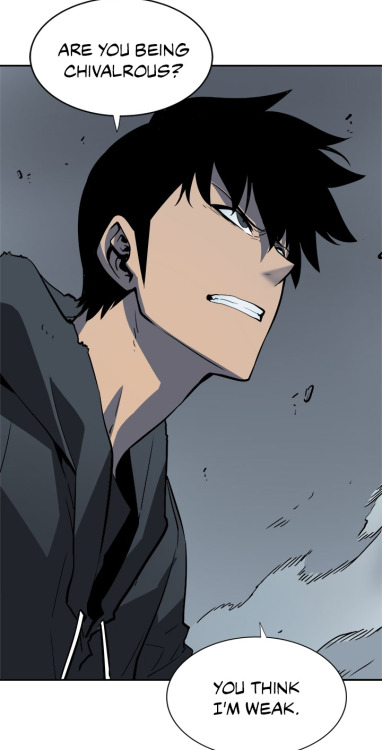 After their fight is interrupted, Jin-Woo and Ryuji sneak back into the gym, unable to ignore how thrilling their brief bout had been. It leads to a night of passion that leads to another and another, both of them inexplicably drawn to the other.

Ryuji hates that Jin-Woo is stronger than him and hates that he’s weak to the fire that Jin-Woo ignites in him. But Jin-Woo holds no hate for him, just wanting to see more of his passion and pleasure. It’ll take work to make a relationship between them succeed, but Jin-Woo is willing to put in the effort to break down Ryuji’s walls.

Me: I’m not gonna get attached to any more characters.

“The Short-Sword guild is over now” 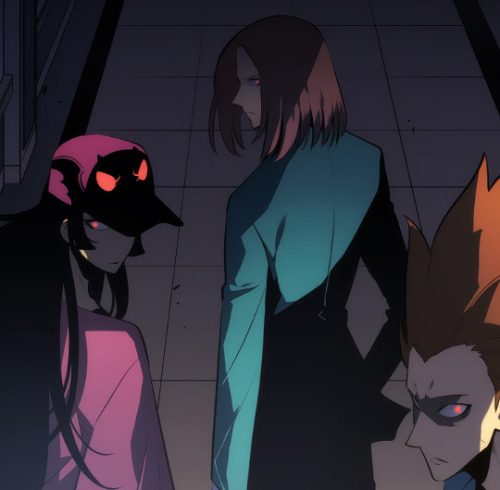 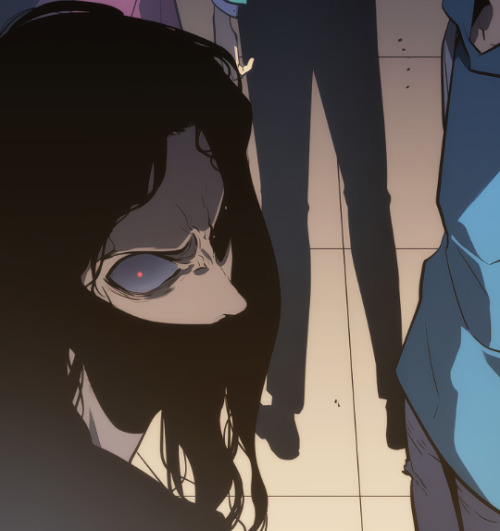 Baek Yoon-ho transforms into a tiger right? Tiger is a large cat, yes? So imagine with me for a moment,

Baek Yoon-ho with some cat tendencies

2/3 Then the gate over Tokyo appears. Ryuji knows his own strength and immediately knows that he and his guild won’t make it. The mana he feels from the gate is just too strong. But he is the strongest Hunter in Japan and he will not run from a fight.

3/3 Jinwoo volunteers to participate in the raid (secretly he just wants new and stronger shadows). So Ryuji and Jinwoo meet the first time in front of the gate. Jinwoo isn’t wearing any armor and Ryuji thinks he is taking this too lightly. He doesn’t expect much from Jinwoo, because he became an S-Rank only recently. Because they never had that one-on-one fight, Ryuji doesn’t feel threatened by Jinwoo.

Without that spar, Ryuji doesn’t feel as conflicted about his interest in Jin-Woo. He initially doesn’t think much of this younger, less experienced Hunter, but then he sees the way he moves, quick and deadly. The way he takes down the giants is vicious, beautiful, and efficient. Then he realizes that Jin-Woo is stronger than him and it’s so, so irritating. But he wants.

Jin-Woo’s power does make him a bit wary, but he knows from research that it’s not always the strongest partner that it’s in control. So far, all of his bed partners have been weaker than him, but that’s because there are so few people that can match him, let alone surpass him.

It doesn’t occur to him that he might have any interest in a different dynamic, and he won’t realize it until they end up sparring. But that speed bump is for later down the road.

In the beginning, Ryuji just knows that he wants what he normally does from a potential bed partner. To have some casual fun and leave them satisfied and singing his praises. He goes after Jin-Woo with the focus and determination he has for everything that he wants, undeterred by Jin-Woo’s initial hesitation.

Because in this au, it’s Jin-Woo that’s conflicted. He’s not had a relationship before, doesn’t have any experience with being pursued. And Ryuji has a reputation for short-term relationships, for being good in bed but always in control. He doesn’t know if he’s comfortable with that, to being vulnerable with someone he doesn’t know very well and who doesn’t intend to stay.

But he does know that Ryuji is attractive and known for treating his partners well. He figures if nothing else, he can get some experience out of it, learn some things about relationships and intimacy. Though they’ll both have some things to learn when they realize they’ve become attached. Long term relationships require a lot more communication and compromise than short flings.

Ryuji is used to pursuing people with expensive dates. He’ll take them out to eat, go to the theatre, cruises, helicoptor rides. Rent expensive hotel rooms with room service, pools, Jacuzzi, and a spa. He’ll lavish them with expensive gifts. The amount of energy he puts into it depends on whether he intends it to be a one off encounter or to date them for a short while.

He starts simple with Jin-Woo and invites him to dinner at a fancy restaurant. It occurs to him fairly quickly that he probably should have gone for somewhere cheaper, as Jin-Woo is visibly uncomfortable in such an upscale place, having grown up in a low income family.

He tries to get Jin-Woo relaxed during dinner, asking about his interests (via phone translation app. Assume it’s more accurate than google.) Afterwards, he asks if Jin-Woo would like to a see a movie (rather than a play, where people would still be dressed fancily.)

Jin-Woo has the system to change clothes (either buying from the store or clothes he has put in inventory.) And Ryuji probably keeps a change of clothes in his car. So, after dressing more casual, they head to the movies. Obviously, they can’t talk during the movie, but it can still be a form of bonding to hang out next to someone while doing something fun. And it gets Jin-Woo relaxed, which is what Ryuji was aiming for.

After the movie, he tells Jin-Woo that he has wine back at his hotel room and would Jin-Woo like a drink? And Jin-Woo knows what going back to Ryuji’s hotel room means, but while he’s still a bit nervous, Ryuji has treated him well on their outing, so he agrees.

And all I’ll say about that is that it’s satisfying for both of them. Satisfying enough that Jin-Woo asks if Ryuji would like to go out again sometime, and Ryuji agrees. With Jin-Woo’s teleporting ability, it’s easy enough for him to visit Ryuji for their dates.

The relationship progresses relatively well until Ryuji realizes he’s gotten attached. I headcanon him as having some commitment issues. He doesn’t want to become attached to people. In some ways, he sees it as a weakness, but mostly he just doesn’t want to deal with the complications of caring about people.

He tries to put distance between them, to lessen his growing feelings, but Jin-Woo doesn’t let him pull away. Jin-Woo can sense emotions. It would be one thing if Ryuji had grown uninterested in him, but he can tell the man still wants him. Jin-Woo is persistent and eventually convinces Ryuji that he’ll be happier in the long run acknowledging his attachments, instead of denying himself love because of what could go wrong. (Maybe words it as Ryuji always going after what he wants, so why is this different?)

And through a lot of struggle, they end up in a healthy relationship. Maybe not always a smooth relationship, but they learn to trust each other and work through issues as they come up. And maybe Ryuji learns how to care about more than one person (that is, making friends), but that’s an uphill battle.

#also the fact that JinWoo has a solder in his shadow, #like I hope that gets brought up again soon, #solo leveling, #sl chapter 123, #slspoilers, #my stuff, #text post
2 notes · See All
kuroyushiText

Pretty decent sleep. Morning ritual went mostly well, couldn’t get Sir’s cereal, damnable legs not wanting to be legs properly. Smdh. But other than that things went well. (Even though it caused me a bit of anxiety, but Sir gave me the phrase and it was ok again.)

Heard back from SNAP - not only are we approved, we’re getting more foods. Hell YES!

Unfortunately we didn’t D&D today, one of our players had a migraine. Owwies. Then he got a whole bunch of bad news too. Sad :( So yea, no D&D. Next week.

VampRP~ Poor Shay. She’s torpored. She got blown up. Again. And was unable to soak the damage. SAD. The good thing is, is that the person playing the suck she’s blood bonded to is retiring that character, so we’re going to have to go through some kind of horrific ritual to unbind her and…then she’ll be free! Free to do as she pleases.

That is…if that doesn’t trigger the traitor mark. *squint* Bleh. (Even though i’m being told it won’t? Buuuut can’t be too sure.)

Other than that, didn’t do a whole lot. Worked a little on my longform. Shrug. Watched some livestreams. Jesse. Papacrow. Shrugshrug.

Played more of WaMI and IBD. Shrugshrugshrugshrug. my poor computer though, sitting at 80-95% CPU and 67% mem. xD Ah well. That’s what i get for having three (have Waifu open too) games, two launchers, and like…36ish? tabs of Chrome all running, plus Discord. xD Poor comp. Precious bby. Is ok.

And JUST AS I AM TYPING THIS UP! We got updates kids. LET’S. GO!

Then! Solo Leveling - you LOVE to fucking see it. Oh man oh man oh man. Shit is going down over this new giant ass gate. OH BOY. AND WHO IS THIS YURI ORLOV BISH? OH shit. AND OH SHIT THE MESSAGEEEEEE AHHHHHHHHH! WHAT IS THE REAL ARMY?!?!?!?!?!?!?! Oh no 3 days until the dungeon break?!?! Oh fuck that’s not good. Oh noooo. But the keyyyyyyyy. Oh shit. Ugh look at this Yuri Orlov bitch. i already hate him. WHERE IS DADDY BTW? WHERE IS HE? Is he still swimming the ocean? Wtf is going on. Ugh. Need Daddy to show up like yesterday. Bleh. Also - next chapter now pls? *sob*

Who is the real army? Damn I’m getting the chills thinking about it 😌

Why did u cliffhang us like that Hunter Min Byung-Gu?? 😭😭😭

Credits to the owner/artist