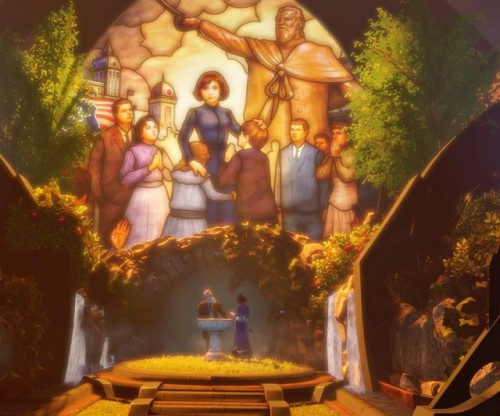 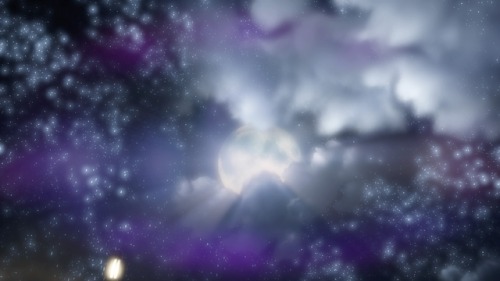 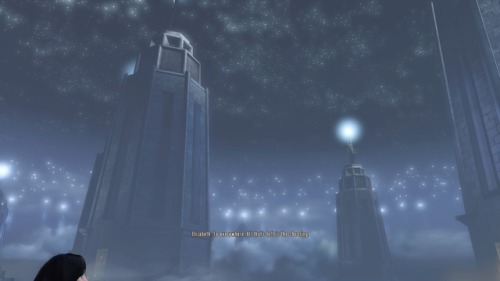 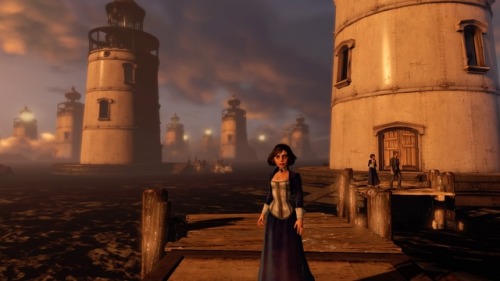 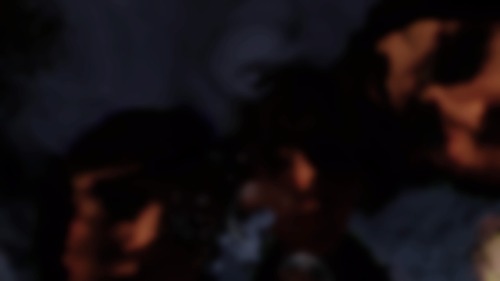 I designed this… The same art is available on many other products as well! 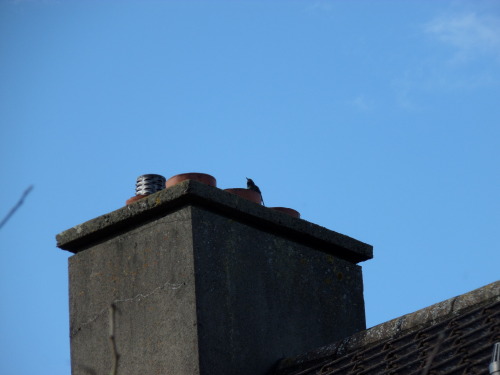 This one was actually fairly short and pretty simple, but it was really important for a few reasons and it was fun to write the little interaction between Ezra and Songbird, and to get to highlight the subtle similarities between their situations.

This was actually a really hard flashback to write. It was really intense and emotional, and there was a lot of very slow building tension to get through. It was also one of the most important moments in Annie’s conditioning to really solidify her becoming Songbird and her relationship with Herschel. This flashback is probably the hardest moment between the two of them but it’s also the one that really made them what they are now.

Not weird at all anon! My moodboards are all really carefully chosen with a lot of thought and meaning so it’s a great ask!

This is a bit long so I’m going to go ahead and just put it under a cut!

Nuthatch IV - Speech House Woodland by glostopcat A nuthatch at Speech House woodland in the Forest of Dean. https://flic.kr/p/2ktZCE4 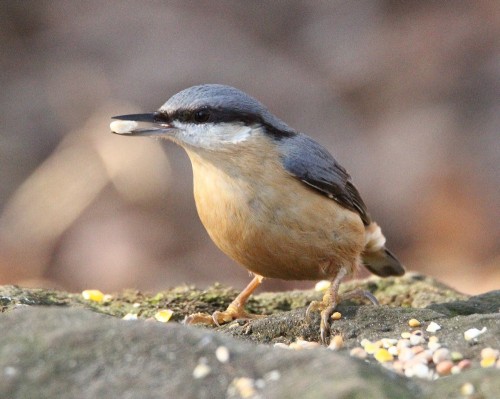 You can now buy a copy of this issue for your very own at my eBay store: https://www.ebay.com/str/bradentonbooks

Page 1: Photo Flash – John Legend celebrated his birthday aboard a private yacht in St. Barts where he slid down the craft’s waterslide

Page 6: Kelly Clarkson’s daytime talk show tied with Ellen DeGeneres’ long-running series in the year-end TV ratings battle – The Ellen DeGeneres Show lost advertisers and A-listers and audiences after former staffers came forward with stories of a toxic workplace while The Kelly Clarkson Show which was recently renewed through 2023 has become a household staple in its sophomore season and gaining viewers in daytime’s key demographic of women and ending 2020 on a season high – Ellen is putting on a good front but deep down she feels threatened by Kelly’s success and she’s done everything she can to prove that she’s changed but she still can’t win back her fans plus Ellen is convinced that Kelly is trying to steal her famous friends even going so far as to demand that if a celebrity agrees to appear on Ellen then they can’t go on Kelly; it’s one or the other from here on out

Page 7: Rihanna and A$AP Rocky celebrated their first Christmas together in her native Barbados where the couple went on a sunset cruise around the Caribbean isle with her loved ones – Christmas is a really important time for Rihanna and it’s not often that she gets to see her family and friends all at once and she wanted A$AP to be a part of it – he was a bit nervous meeting everyone but he was worrying over nothing because they all adore him – she’s really close with her family so it was important for him to get to know them before things begin to get serious

Page 8: Critics slammed Demi Moore’s new movie Songbird calling it a Michael Bay-produced travesty that exploits the coronavirus epidemic for thrills – the film takes place in the not-so-distant future during a COVID-23 outbreak with Demi playing a wealthy woman who sells immunity bands on the black market for a hefty price – Demi jumped at the chance to star in the movie; with its topical storyline she expected it to be a box-office hit and she’s disappointed that it’s flopped and is shocked at the backlash and she certainly never intended to hurt anyone’s feelings

Page 12: Animal Instinct – Oliver Hudson plants a smooch on a goat, Mayim Bialik with her new co-star Monty the cat from her show Call Me Kat, Padma Lakshmi cuddling on the couch with her dog Ms. Divina

Page 13: Jerry O’Connell got a slobbery kiss from his dog Phil in L.A.

Page 16: Stars Behaving Badly – Selma Blair topless in a impromptu shoot off the highway in Palm Springs, Sean Lennon pretended to attack a replica of the Empire State Building during a lighting ceremony in NYC, Jameela Jamil and Jason Mantzoukas let their middle fingers fly

Page 18: Say What?! Miley Cyrus on being single during the pandemic, Dolly Parton on her fashion and beauty credo, Kristin Chenoweth on starring in Holidate with 5-foot-2 Emma Roberts, Keke Palmer joking about her skin issues, Jason Momoa who’s been wed to Lisa Bonet since 2017

Page 20: Jennifer Lopez and Alex Rodriguez planned to tie the knot in Italy but after being forced to postpone their nuptials twice since the pandemic struck Alex has gotten a case of cold feet – the pressure of a huge wedding was very overwhelming and in the end Alex decided it wasn’t necessary anymore – J.Lo also hinted as much saying they’ve talked about canceling the destination wedding altogether because at their ages and they’ve both been married before should they get married or not – the very next day Jennifer was pictured without her engagement ring sparking speculation that the couple had already reached a decision that they would no longer be walking down the aisle and Jennifer’s heartbroken because she wanted a big splashy wedding since this was going to be her fourth and final trip to the altar

Page 21: Courteney Cox was recently reunited with boyfriend Johnny McDaid after spending nine months apart due to the COVID-19 crisis but the long-awaited meetup in Ireland was far from romantic – this was a make-or-break trip to either figure things out or go their separate ways and shortly after arriving Courteney laid all her cards on the table and she made it clear to Johnny that in order to move forward things had to change – with her living in LA and Johnny based in Ireland the time difference is a real problem and FaceTime calls are few and far between and texts go unreturned for hours or sometimes not at all and it’s a daily struggle and Courteney’s at the end of her rope

Page 25: Cash-carrying Prince Harry is a huge tipper, Tom Cruise is not a cool customer, Jennifer Lawrence makes the back seat her bed

Page 26: Lori Loughlin breaks her silence – after completing a two-month prison sentence for her role in the infamous college admissions cheating scandal Lori emerges to find her life and family in pieces – Lori wants to move forward as a family in a positive direction but her daughters have so many walls up now

Page 28: The Bachelorette’s Clare Crawley and Tayshia Adams: Two dream weddings – with a wild ride of a season behind them leading ladies Clare and Tayshia are happily planning their respective nuptials

Page 36: Fashion – shop these haute hues – Pantone’s 2021 Colors of the Year are Ultimate Grey and Illuminating Yellow, making them musts for every fashionista’s wardrobe

* They’re Not Together, But They Should Be – Aries Jennifer Garner and Aquarius Justin Hartley

Page 46: Made Ya Look! Emily Blunt strikes a stylish pose

These pastel colored pencils I bought make everything so soft. 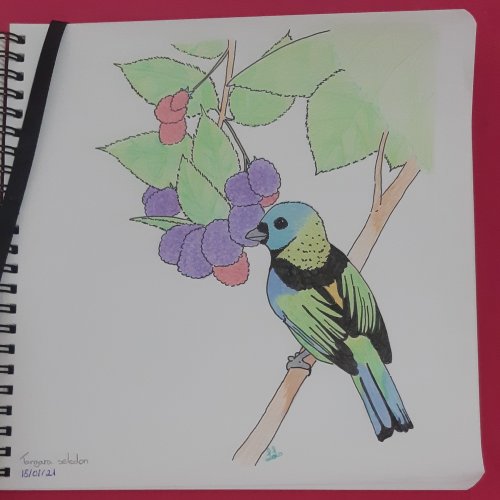 Songbird will be released on Blu-ray and DVD on March 6 via Universal Pictures. The first film to be shot in Los Angeles during the COVID-19 lockdown, it’s currently available on VOD from STX Films.

Special features are listed below, where you’ll also find the trailer. 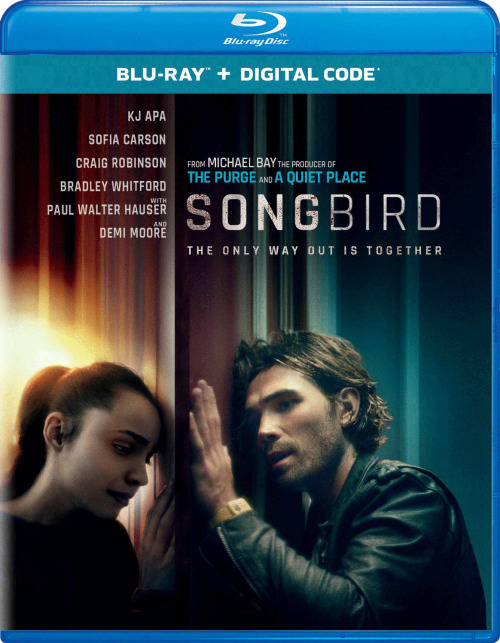 By 2024, the COVID-19 virus has mutated into COVID-23 and the world is in its fourth pandemic year. In the United States, people are required to take temperature checks on their cell phones while those infected with COVID-23 are taken from their homes against their will and forced into quarantine camps, also known as “Q-Zones” or concentration camps, where some fight back against the brutal restrictions. In these camps, the infected are left to die or forcibly get better.

Nico Price, a motorbike courier with immunity, due to the fact he was infected with the virus, is in a virtual relationship with Sara Garcia, a young artist living with her grandmother Lita whose lockdown prohibits them from physical contact. Nico works for Lester, who specializes in delivering packages to wealthy individuals. One of their biggest clients is the Griffins, Piper and William, whose daughter Emma has an auto-immune disorder. William is a former record executive having an affair with May, a singer who makes a living online selling covers of classic songs. May develops a bond with Michael Dozer, a disabled war veteran who works for Lester as a drone operator to keep track of their couriers.

One night, Lita begins to show symptoms of COVID-23 while the sanitation department, led by Emmett Harland, is forcing Sara’s neighbor Alice out of her apartment after getting infected. Harland warns Sara that their apartment building has seen a rise in infections. Sara informs Nico about Lita’s condition, leading Nico to spend the night by Sara’s apartment door. In the morning, Sara passes her temperature check, but Lita fails hers. Nico promises to keep Sara from being taken.

so apparently there’s already a film about covid-19 called songbird and honestly reading the Wikipedia article is just, like wow what the fuck, like apparently if you get covid-23 in the film you’ll probably be kidnapped against your will into a quarantine camp??? and its compared to a concentration camp? plus these idiots seem to love breaking social distancing rules because ‘’’‘romance’’’’, like how can you be so privileged that you write a film about something that is impacting us all and make so insensitive. plus apparently it was finished in lockdown as it had stopped due to lockdown starting

Also it was produced by Michael bay, ye know, the dude who made those live action transformers films that love doing the whole ‘aliens built the pyramids/our modern tech is derived from aliens/aliens participated in our own history’ thing for every part of history as well as having the ‘romeo & juliet’ law card thing

The most cheesiest Covid-19 related movie. I just saw was Songbird don’t get me wrong it was good, but it is so cheesy with the ⚠️SPOILER!!⚠️ Covid-23 (Not a real Covid! at least not yet) Like bruh. Ok I don’t mind that, at least Covid isn’t like Covid-23 (yet) (From the movie) Well I’m tired GOODNIGHT!!❤️