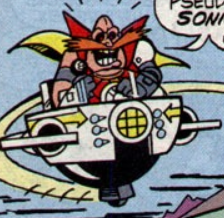 #sonic the hedgehog, #shadow the hedgehog, #sonadow, #a couple of artists i like draw sonadow, #and i'm feeling inspired by them haha, #i don't normally go here but it's a cute ship
9 notes · See All
ghostwaffleheimerText

Make sure to listen to the first 3 episodes first if you haven’t already!

Shadow is amnesiac, again, so he is calling Sonic “Sir” and “Mister. Also, both are being held by G.U.N. so… Slow Burn Sonadow.

Leaving the sir to gather himself up privately, Shadow padded away to give him a moment alone, taking his time to look at the place they have been holed up in. He had been doing so since he came, while also trying to knit together the bits of information he had, trying to remember more about himself, about this place, wondering what may have changed and what could have happened in those years he missed. Or, forgot about?

Just, how much time have passed? What major important events he may have lost? Besides the fact that apparently he was now older than what he thought he would ever get to be, that he was on earth, and that it was also called Movious, or something, not earth, as he had been taught during all this time? Just, what the fuck?

This was…all of this was just, so fucked up Shadow didn’t even knew where goddamn shit he should start on. The fact that he was alive? How much had he changed? Why couldn’t he remember what happened to him? WHY was he so damaged? What was this guy doing here? Who was that white corpse? Why did that…person… clung to him so tightly?

He could feel the anger and confusion boiling down on his stomach, fear lacing its way through his body.

Being afraid was never a good thing. It just meant more pain was going to come.

He took the skates from where he left them, scratched, worn and somewhat burnt but functional, no doubt. A single kitty hand and they would be in perfect conditions, he decided. Knowing he couldn’t dally anymore without it being suspicious, he made his way back and tried to hand them over, but the Sir, currently busy snacking on the bread Shadow gave him, didn’t accept them, somehow backing away every time they were offered much to Shadows surprise.

Why did he ask for them, then?

Shadow didn’t dared to question, though, and just stood there, holding the skates in his hands and, Mh, waiting for an instruction?

“So, now what?” he asked hesitantly, looking at his friend with an arched eye ridge, and, wow, wasn’t that a giddy feeling? Having someone to certainly call friend besides his sister Maria! He couldn’t help but be excited about this finding. He couldn’t help, neither, to want to see her soon and tell her, maybe even Professor Gerald! A friend… Would they be proud of him? He could only hope… He could even tell Merick once he saw him! Or…Mh… well, maybe not Hanna, exactly. He didn’t think Hanna would have the best of the reactions…

There were moments when he didn’t knew wherever Hanna was his friend or not.

#Sonadow, #Slow burn, #kind of., #The feelings are there you understand, #G.U.N., #G.U.N. Being a dick :`), #shadow the hedgehog, #sonic the hedgehog, #sth, #sonic fanfiction, #fanfictions, #my writing, #apparently my wrist is killing me is a popular tag. Artists of tumblr are you all okay?, #maria robotnik, #world building, #Life is a big bad joke, #some angst, #You know how it is with Shadow
0 notes · See All
violathewolfText

Here is a little something for my friend KHXhero over at DA This is for a little idea I was talking about with him. It’s a little special Captain-Japan/Sonic the Hedgehog crossover I’ve been thinking about Captain-Japan meets Sonic the Hedgehog: Rise of SHADOW. It’s about Jamiko and his friends of the A-Squad traveling to the universe of the Archie version of Sonic where they have to help the Freedom-Fighters stop the combined forces of Scourge and his team, The Destructix, Doctor Finitevus and The SHADOW Organization from unleashing the power of a creature called Nazo.

First is a  group picture of some of the villains of the idea, the Destructix, a group of Mercenaries who are working with Doctor Finitevus and SHADOW to take over the multiverse. The are lead by Scourge the Hedgehog (Sonic’s evil counterpart from another universe) alongside Fiona Fox (Scourge’s girlfriend and Sonic’s ex), they are with the Fearsome-Four, Sergeant Simian, Hunter-Hawk, Flying-Frog and Lightning Lynx. They are also joined my one of Eggman’s EggBosses, Thunderbolt (A major Eggman fangirl) who joined the team to find her beloved master.

Doctor Finitrvus is the main-villain of the story, a twisted mad-scientist (and normally a personal villain of Knuckles) who has aligned himself with the evil SHADOW-Organization from Jamiko’s universe, along with Scourge and the Destructix team to take over the Multiverse, he plans to unleash the being called Nazo and make him into a living-suit of armor with both his Warp-Ring and SHADOW-Tech to become the power being in the Multiverse. 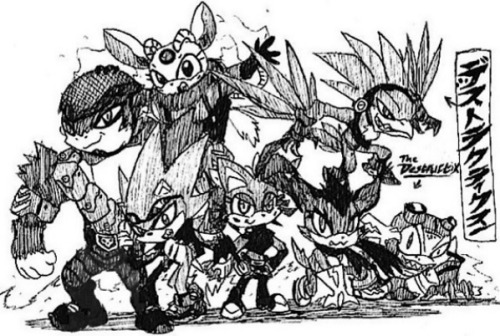 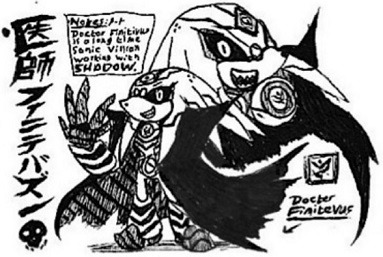 sorta forgot i had a tumblr lol. idk tho maybe ill use this more personally to compile art because i kinda really like how tumblr compiles posts. either way tho, time to share these! on a lammy and parappa brainrot atm 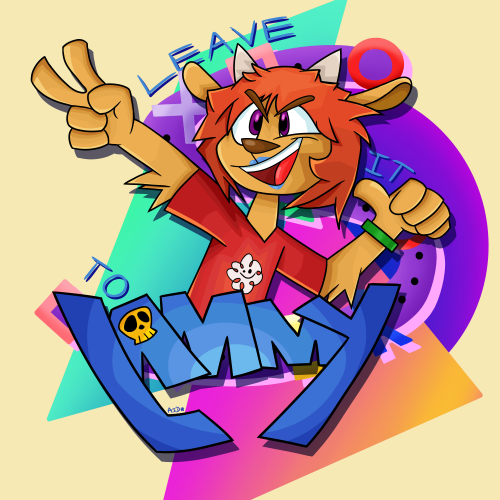 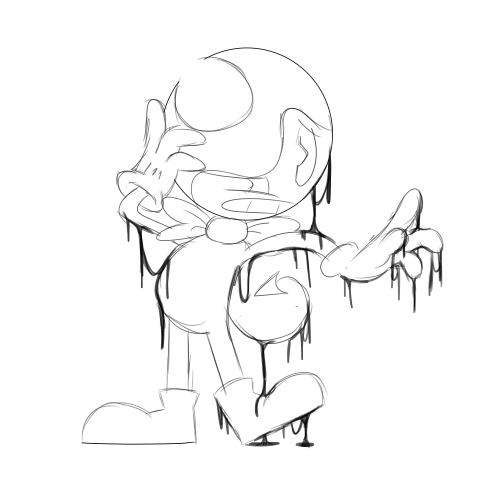 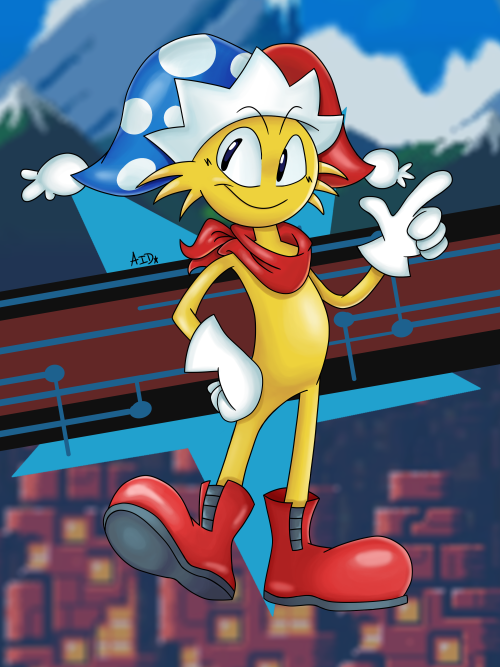 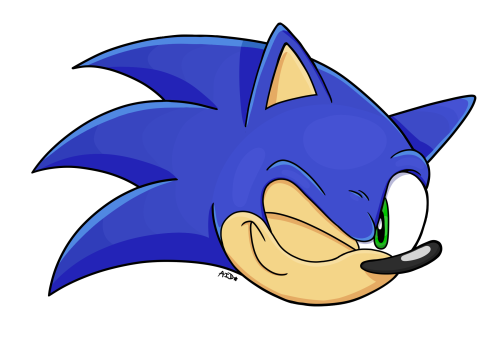 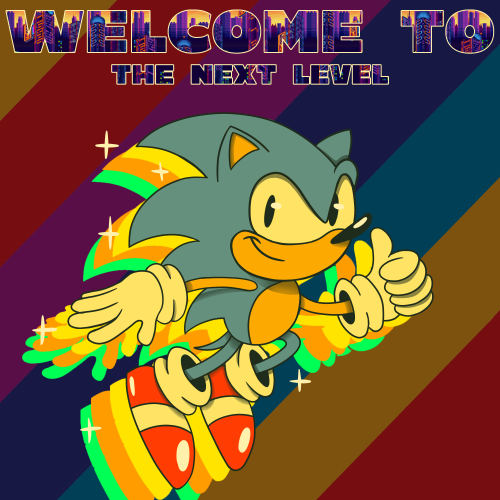 “Ha! Past, present or future, I’m still the best!”

That’s the Silver the Hedgehog energy I want

#sonic the hedgehog, #silver the hedgehog, #sonic and tails r, #seriously pete capella is still the man when it comes to silver, #and my goodness i'm still all over ryan's sonic, #it feels so soft so soothing to listen to him
7 notes · See All
cherikyuariText

Been wanting to make this comic for a year now, an au where Tikal and Chaos are okay and sometimes leave the Master Emerald to give Knuckles some company.

Some thoughts about Manic’s backstory, how he learned (or never learned) to control his powers, and why he appears laid back compared to his hotheaded siblings. It’s a sad one, lads

Some of Manic’s earliest memories were of things breaking. When he was barely more than a toddler, chubby-cheeked and prone to chattering endlessly about things that only made sense to a child, Ferrell had gotten him a pair of headphones. They were ancient, but well-made, at least until Manic wore them non-stop for months before taking a tumble off of something he definitely should not have been climbing. The bruises and scraped knees didn’t hurt nearly as much as the sound of static in one ear, while the other didn’t make any noise at all. With money and delicate electronics difficult to come by, they were never properly fixed, despite Ferrell’s best efforts. It was before Manic knew how to blink back tears before they spilled or grit his teeth to swallow sobs. He was so small, and his emotions were so huge, and his wails were the only way he could relieve the pressure of too much feeling poured into a too tiny body. And as he screamed, the plaster in the walls began to crack. The one window overlooking the street shattered. What should have been solid ground shook and rumbled, and the noise that Manic could no longer block out only scared him more. By the time Ferrell managed to soothe him, furniture was tipped over, and the floor was a maze of dust and glass. Looking back, Manic wondered how scared Ferrell had been, faced with a specter of destruction in the form of a screaming child. He hadn’t seemed scared at the time. In fact, he was the only thing in the world that did not shake. He rubbed Manic’s back until his breath slowed, made him hot chocolate in the only mug that hadn’t been cracked.

After that, they worked on breathing slowly; in four, hold eight, out eight. Manic learned to deflect and evade at the first sign that his temper was rising. What he told himself was “don’t lose your cool.” What he grew to believe was that danger came from without and within. His only chance at survival was to keep a level head. Sometimes, deep in his core, he felt like a little kid again, overwhelmed by more feeling than he would ever be able to contain. Even as he grew, the world never became smaller. Even as much as Manic had struggled, he knew that the magnitude of cruelty that existed was more vast than he would ever be able to comprehend. So he didn’t try. He kept going, kept his head down, kept himself alive. Anything more was too much. Reckoning with the weight of the world was too much. Hoping for a better life was beyond his reach. So he didn’t. And when his soul shrieked for something more, he stifled that voice under tons of stone before it could shake his foundation. Manic didn’t lose his cool. How could he, when he didn’t care? Not about himself, not about anyone else. He’d always been an excellent liar, able even to fool himself.

Foundations were hard to come by in Robotropolis, but Ferrell had done his best. Even when they didn’t know where they’d sleep that night, Manic could count on his old man to help him feel at home. The night that Ferrell didn’t return, the earth shook like the waves of a treacherous ocean, and there was no one to pull Manic back to solid ground. 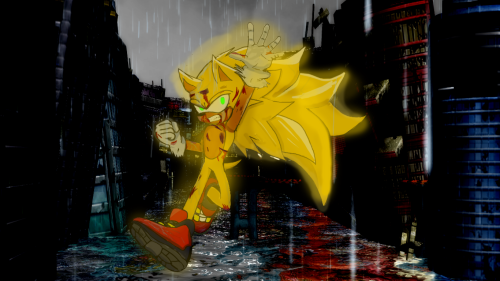 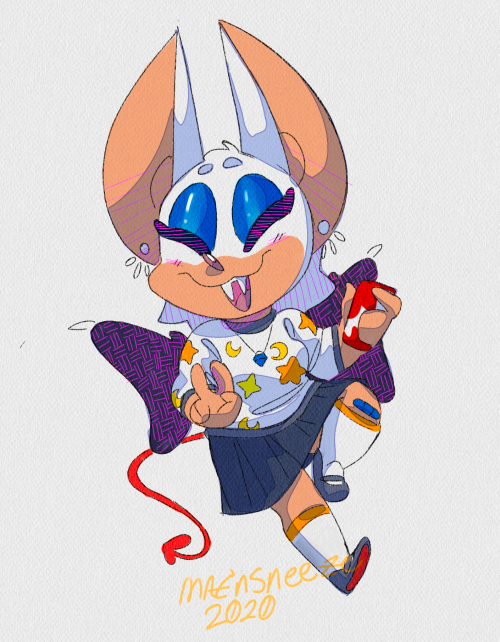 im so!!! hyped for neo:twewy and possibly new Noise designs, so here’s an Infinite but as a Noise 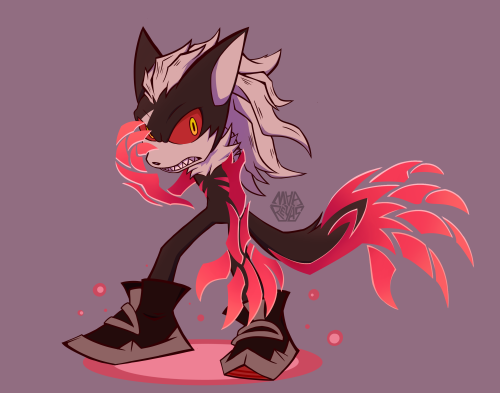 #sonic, #sonic forces, #sonic the hedgehog, #sth, #twewy, #infinite the jackal, #my art, #god i love the noise designs they are so cool............, #i wont actually be able to play twewy 2 bc i dont have the consoles its on but im hyped in spirit lmao, #also i struggled in choosing a background for this for like 10 minutes bc its equal parts light and dark jkahfksadfa, #planning on drawing a Noise blaze and rouge too!!
120 notes · See All
viruneText

i’ve been considering taking commissions via ko-fi, so i’m wondering if anyone would be interested? i’ll get some examples ready, but i’d pretty much be drawing sonic characters / ocs!

#just trying to gauge interest to see if this is something i could do!, #sonic the hedgehog
17 notes · See All
oocsonicquotesChat
E-10000B: I'm no machine! I'm a robot! …It's different.
Storm: You mockin' me?!
#sonic, #sonic the hedgehog, #sth, #sonic riders, #sonic free riders, #e-10000b, #storm, #storm the albatross, #out of context sonic quotes, #oocsonicquotes
0 notes · See All
Next Page