“Look, Kris, I know you’re really into these Supernatural books and everything, but I'm not an actress, okay?”

Kristen pulls Siobhan’s fingers away from her inorganic chem notes and entwines them with her own. “Please? You don’t have to try out if you don’t want to, I just need someone to sing with!”

Siobhan sighs. Though she totally rocks it once the lights are on and the part is hers, Kristen gets really anxious at tryouts. Last semester Kristen had called her at four in the morning freaking out about whether or not she should try out for Sylvia, despite the fact that it was all she’d talked about the month before.

“You know I’ll go with you, I’ll just cheer you on really loud from the audience.”

“That’ll just make me more nervous! Please sing with me, you have a beautiful voice!"

Siobhan tries hard not to blush, Kristen making it harder because she’s making that face and she’s got those cute bobby pins in her bangs that Siobhan got her last Christmas. "I don’t-”

“We can sing ‘Take Me or Leave Me,’” Kristen interrupts with a grin.

a wee starter for @manhattanopus :: Capturing the Artist

Pieces of art, especially paintings, were said to be a kind of window into soul and Clyde had seen many in his life thus far, but none were as inviting as the ones displayed in the gallery before his eyes. There were some small in size, but bold in color and attention to detail, and other’s lacking in color but so telling of the soul but they still seemed captivating to the hitman. These paintings were all strikingly different, and yet told of a kind of pain, a sort of melancholy he was used to, and suddenly there was a foreign need to unearth the artist.

The act was in every way devoid of the Scotsman. Clyde was generally the silent type, who seemed to stick to his isolation, unless he’d found himself at the bottom of a bottle. Yet sensations derived from these compelling paintings felt all too familiar, and Clyde couldn’t help but succumb to the desire of understanding where they came from. With his boot strapped feet dragging against the concrete and his eyes glued to the oil works on display, Clyde clears the lump of anxiety from his throat and enters the gallery.

So, why does most of the AHiT cast have no actual names.

You got titles (Mafia Boss, Empress, the Conductor, the Snatcher, Badge Seller) or nicknames based on their traits (Mustache Girl, Hat Kid, Bow Kid). You got exceptions like Queen Vanessa and DJ Grooves (I don’t think that’s his real name nor last name but still lol).

The world where the game takes place is very absurd already, so I guess these just add to that absurdity factor?? Or maybe because we play as Hat Kid, and since she’s in a bit of a hurry to collect the time pieces, she doesn’t learn some of their names properly so she calls them by what calls her attention the most.

Yes I know I’m overthinking it, but this has been on my mind since I finished the game.

#a hat in time, #also like. do any of the characters actually introduce themselves??, #hat kid (thus we- the player) learn some of the names by hearing them from others, #(the start of chapter 2 is my best example for this! we literally overhear them arguing lmao), #ngl i have awful memory and dont remember EVERY event that happened in the game, #so feel free to refresh my memory lol, #the simplest answer: gears or breakfast didnt want to think any names SDFMNSLK, #i read HK's diary entries and.. yeah it didnt give me much answers :v lol, #yomiel speaks, #wow long-ish post sorry for that
33 notes · See All
bigcats-birds-and-booksText

hey who on earth put me in charge of this book

#text, #personal, #writing, #aw, #revising, #anyway i'm fucken stuck lol so here i am on Tumblr Dot Com instead of noodling properly, #....., #OMG I STOOD UP TO GET LOTION IN BETWEEN TAGS AND I GOT IT, #see Movement Always Helps lol, #why am i like this, #okay here we go sorry lucius
1 notes · See All
diamcndheartsText

I think I figured out why when I try to do drafts I end up just staring at them. I read and get into a specific thread, and start formulating a response in my head, and then I scroll and read another draft and the process just keeps going so I don’t focus on one thing and all the responses start melding in my head. 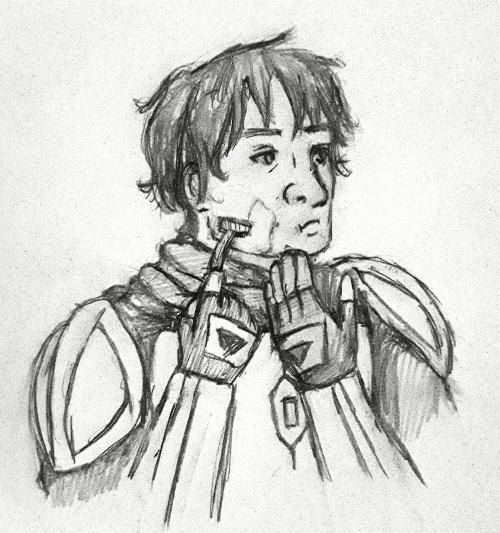 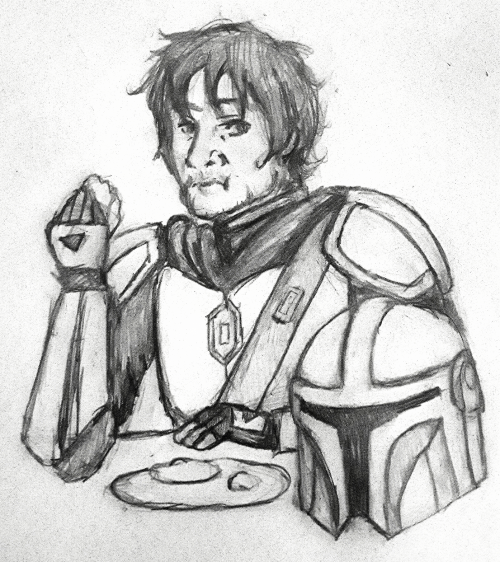 #raw air, #ski jumping, #i couldn't stop watching that awful comp today, #bc i couldn't stop looking at this lol, #it's really perfect, #the colors!, #black+turquoise+red, #the font, #the animations, #..., #even the portraits! they're usually just awfull always, #but here?, #wow, #and i don't even like the logo, #but my gifs are godawful so sorry for that, #and i hate that i didn't get the eurosport stream bc it's even better with their signet, #instead of ugly zdf
14 notes · See All
islandcybunnyPhoto

first breeding of my other first-gen tigon went pretty alright. no tigons (again :T) but she passed her base to this pretty neat semi-copy of january’s asali raffle lioness. i’ll probably end up selling her since i really don’t do much gold base-breeding; she’d almost certainly end up doing nothing but collecting dust in my pride 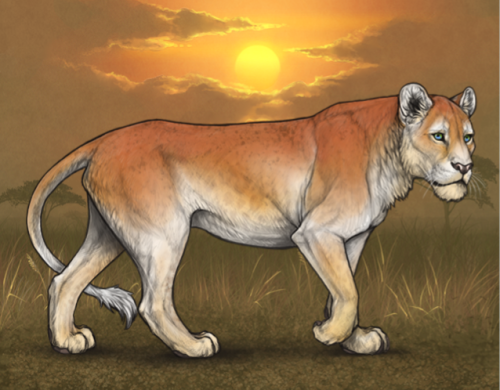 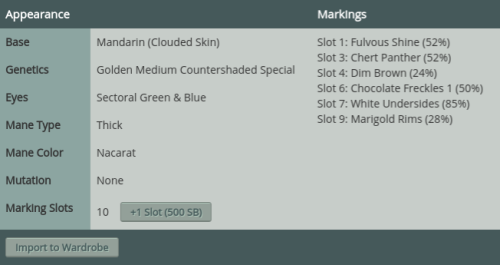 hi.   so i have evacuated the country i was studying in and returned home.   i have been home for a few days and readjusting has been   …   rough.   i now must take all my classes online.   and i have been talking with my home university hoping they’ll accept me back.   i just found out that they will at no extra cost so i’m feeling much better.   i’ll return back soon i swear but i have been so,   so drained with this sudden upheaval of my life.

#psa, #i promise i'm so sorry i feel like it's j excuses at this point, #but this has been an awful experience lol
8 notes · See All
skz-dark-hoursText

me after reading that hyunjin oneshot im-

#FOR REAL THOUGH i live for your reactions lol, #it's hilarious, #and like, #normally my first thought when someone reblogs my drabbles is 'aW yay uwu' but, #with you it's more like, #'DID SHE PUT TAGS FJWKFKDK', #sorry ily ahshhsdj, #sunny ☀️, #submission
2 notes · See All
nex-starPhoto

Not great image quality but ive been trying to get into 3d modelling recently =) its fun! heres my oc pacha 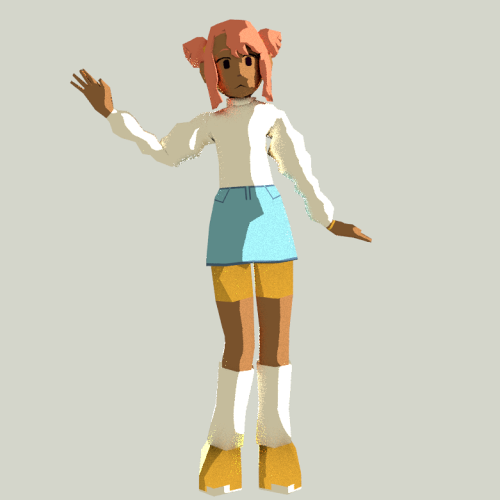 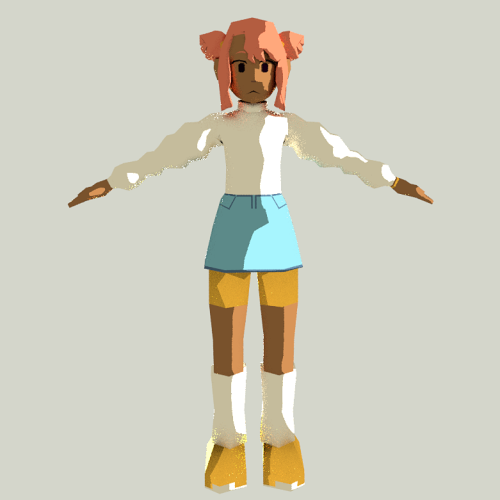 #my ability to focus is just out the window and i feel awful for no reason, #so like. sorry if i'm not responding to some of y'all i'm just having a rough day, #i'll come back to earth eventually, #interacting with a human or going outside would probably help so perhaps i'll try that lol
0 notes · See All
jakemyboyText

He was a mixed breed, he definitely had a lot of issues, but for me, he absolutely was perfect. ❤❤❤

#jake, #my baby boy, #he was my aesthetic, #can i say this and not feel awful?, #i prefer his looks over blu, #i like brown orangeish eyes, #more expressive, #i loved his mostly short hair, #i just thought he was the epitome of dog, #like if there was a picture to represent all dogs on wikipedia, #it should look like jake, #sorry all you other dogblrs lol, #🤣🤣🤣
26 notes · See All
doedipusAnswer
Wubblewubblewubble

Laius plucked a leaf off the fallen shrub creature and held it aloft. “Is this… a walking marijuana plant?”

“Please no,” marcille begged, “I do not want to smoke the dungeon weed.”

“Ye don’t have to smoke the dungeon weed, elf.” senshi pointed an accusatory finger at marcille. “There are many ways to prepare these dank dungeon nugs. In fact, cooking them with a fatty substance makes it easier for t’ body to-”

“You know that’s not what I mean!” marcille pouted, “I don’t wanna eat it either. Can we just not use random drugs we find on the ground? What’s next, are we gonna go around eating wild mushrooms and hope they’re not deadly, or changelings, or whatever?”

“It’s pretty easy to identify edible mushrooms if you have a decent guidebook,” Laius offered. “Psychoactive ones too. Honestly I’ve been meaning to go scavenging for some on the sixth floor one of these days. There’s supposed to be a lot of potent ‘shrooms there since it’s so humid.”

Marcille placed her face in her hands and moaned.

“I thought you were a dog, laius,” Chilchack teased, “rooting for truffles is more of a pig thing, you know. Besides, I think getting high in a dungeon is probably the worst possible idea.”

“You might be right,” Laius placed his hand on his chin as he thought, “if we use the dungeon weed, we’ll probably just get hungry and eat too much food. Maybe it’d be better to hang onto it and trade it for supplies with the orcs.”

“No!” marcille protested, “no no no, no orcs! I don’t wanna spend another night in a cage!”

“Don’t be unreasonable,” Laius chided, “look, as long as we have this stuff, it would be wasteful not to use it, right senshi?”

“See?” Laius continued, “think of it this way- marijuana is good for pain mitigation, right? So having some on hand might come in handy if one of us needs a lot of healing.”

“Laius, I think if someone’s in bad enough shape where that really becomes an issue, they’re not gonna be able to smoke -or, or eat or whatever- any dungeon weed, because they’ll already be in too much pain,” marcille countered.

“Yeah, I think it’s better for chronic illnesses that magic doesn’t work on, like arthritis,” Chilchack concurred. “We should just hang onto it and see if we run into another group who will trade for it, honestly. Or wait until we get back to the surface to do anything with it. Once we get Farlyn back, I could reeally go for a smoke.”

“I mean, yes, but I’d still rather just get some from a- a reputable horticulturist than just use stuff we found at random in a dungeon, which was also trying to fight us a second ago,” Marcille folded her arms. “Are there even good sources for that around here?”

“Are ye sayin we should let all this pot go t’ waste?” senshi demanded, “Laius! Ye may never get another chance t’ try such exotic buds again! I know that means something to ye, it must!”

“You’re right,” Laius agreed, “come on marcille, it won’t kill you to try a little. I think after everything that’s happened, we deserve it.”

“Fine. fine!” marcille threw up her hands. “I’ll try some dungeon weed. But if we get ambushed because we’re all in a stupor, I know who I’m blaming!”

#dungeon meshi, #stupid and awful, #effortpost, #fanfic, #sorry to whoever sent me this ask lol
30 notes · See All
bethrioPhoto

krstoff : i love els, but literally every time she finds some new way to express herself it tends to ruin what i have going on in my life specifically