The freedom of being a creature is you can be much more cuddly.

Based on a video of lions piling up, we got Isla (oc) just chilling, Shockwave laying onto her, Soundwave sees this and lays on top of Shockwave. Cuddlepile…

Commission for @blossomfiredrawz of their OC Blossomfire with G1 Soundwave! Thank you so much again for commissioning me! 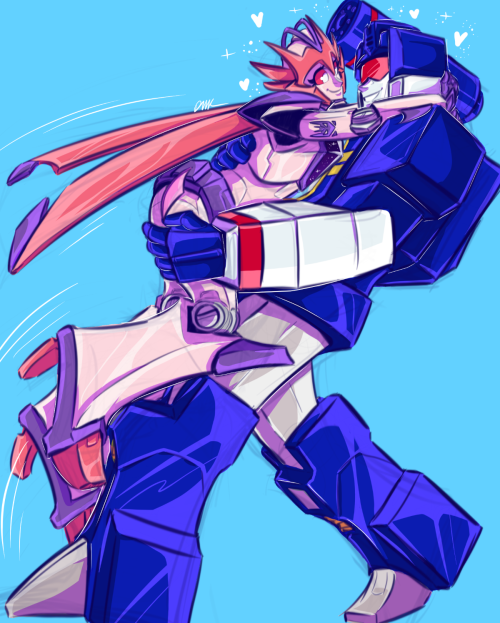 #transformers, #shockwave, #soundwave, #maccadam, #ok guys, #so i had an idea
67 notes · See All
lantana0v0Photo

You and your cat.🤣 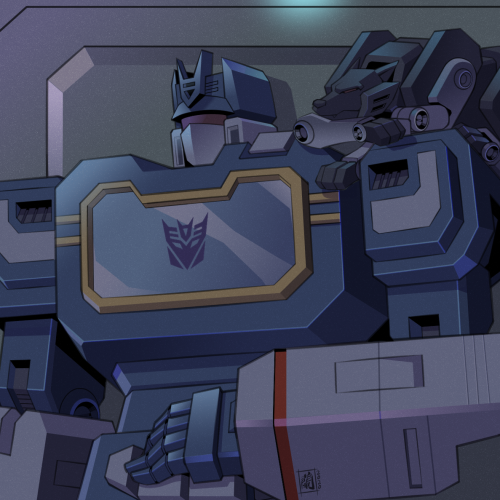 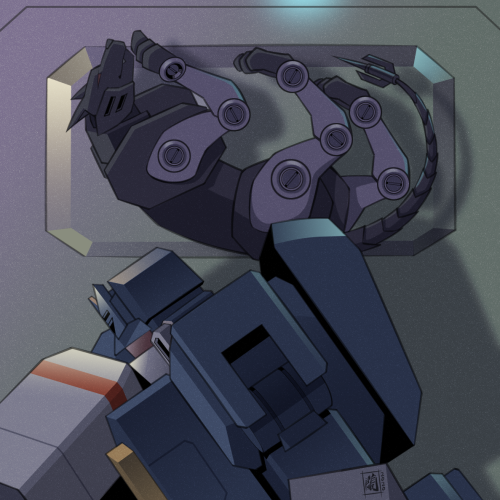 If Shockwave passes out in his lab, Soundwave has their ‘Locking myself in my room and suffering’ time, and Megatron looses the other half of his one brain-cell, the ship/Nemesis will literally fall apart and the Autobots will be very concerned. 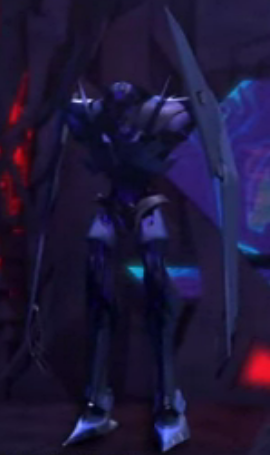 #transformers, #maccadam, #soundwave, #he is just, #he is just standing there, #the whole decepticon base is just, #🧍🧍🧍🧍🧍
97 notes · See All
arizonaautobotsVideo

Back on my SoundOut bs dude there’s a cyberverse soundwave!!!! I want it badly now, my friends

#disco speaks!, #transformers, #cyberverse, #soundwave, #like I could have soundwave and hot rod
6 notes · See All
nonbinarybrainstormAnswer

I hope this is the sort of thing you had in mind. I know every enby’s experience is a little different so likely my own experiences and feelings bleed through to some degree. I can only hope it doesn’t touch on anything unpleasant for you and that it’s something you can enjoy!

types of people as the Decepticon High Command.

MEGATRON is the downward descent, someone who was once bright-eyed and hopeful, but is beaten down by pessimism and cynicism. He was once someone you would rally behind, a source of hope and strength, but now you’re not sure. Powerful, authoritative and doesn’t take shit from anyone. Speaks his mind always and people always stop to listen. He smiles with danger and his eyes spark with the thrill of it. But at the same time, he is the cycle. He may have been the downward descent; however, eventually, he will return to his roots of peace and makes amends. A reminder that anyone, anyone, can redeem themselves.

STARSCREAM flies in the twinkling hours of midnight, when the day and night hang in balance, because sometimes the waking world is too much. He tends to smirk more often than not, and it wouldn’t be wise to trust him with certain things. Likes to hear his voice, but should considering keeping his mouth shut once in a while. He’s not taken very seriously, but there’s a fox-like cunning and blade intelligence to him that would make it unwise to do so. Always loud and outrageous, easily insulted and with an ego the size of Jupiter.

SOUNDWAVE is the silence between songs when the swell of the melody falters and the twang of a voice stops. He is not the leader, but the follower, someone who gets his hands dirty to get work done. Silent, lethal, it’s hard to tell who or what he is anymore because rumours are the most potent of stories. Blends into the background, always listening and always watching because information is power. He is not a hopeful soul, resolute in his own harsh realism; however, he thinks that there is a part of him who still believes in love and peace and hope for all.

SHOCKWAVE is the single-minded pursuit of knowledge. He’d rather live in his laboratory and dedicate himself to science (or whatever chosen field), but sometimes, things greater than himself usually take him along for the ride. But this pursuit always takes precedence. Never speaks unless necessary, unnerving at times. He doesn’t believe in causes or in hope or love or sadness or anger, existing as a vacuum of logic. Not used to mistakes, rarely makes them, but if they do happen, he’s interested because perfection can be attainable. Lives in the how, why, and what.

Have you heard/read this fic ?

Imma leave this here and let everyone be mad about the fact that I used a base three times. (I got lazier as I drew each picture) 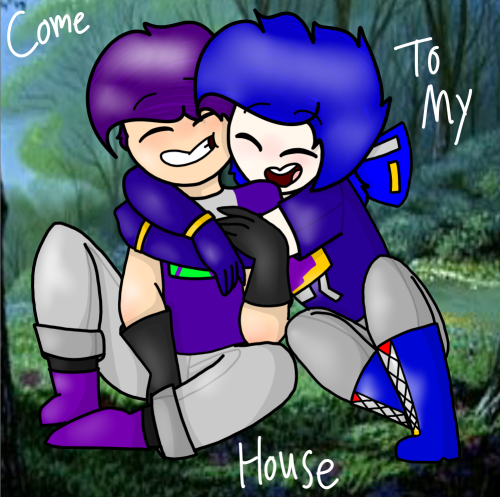 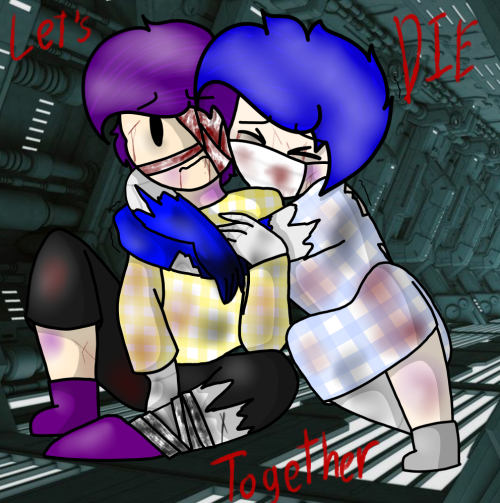 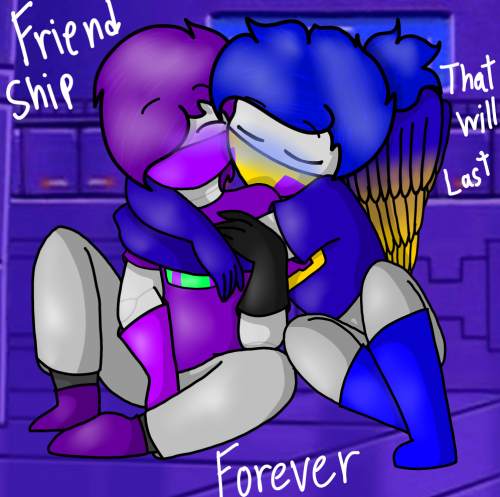 Clip from Season 1 of Cyberverse, a flashback to pre-war Cybertron.

I lost it when the backup dancers showed up.

From what I’ve heard/seen 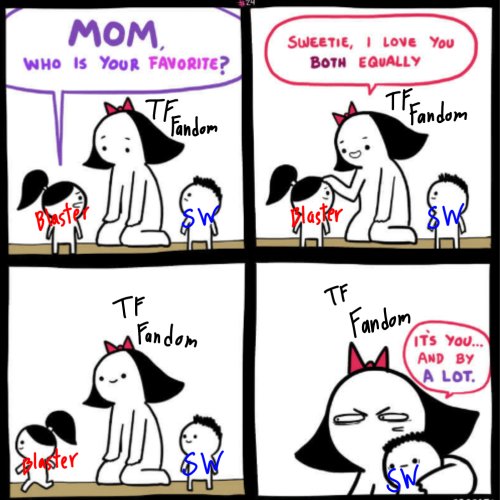 night doodles of boys tweeting. Laserbeak is loved by both 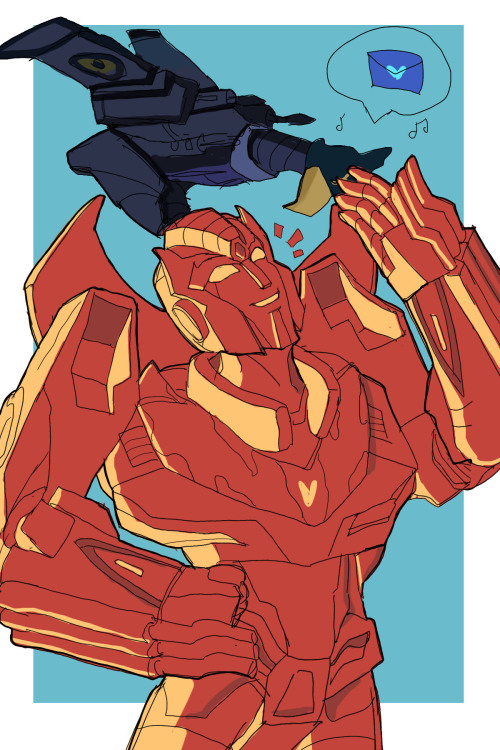 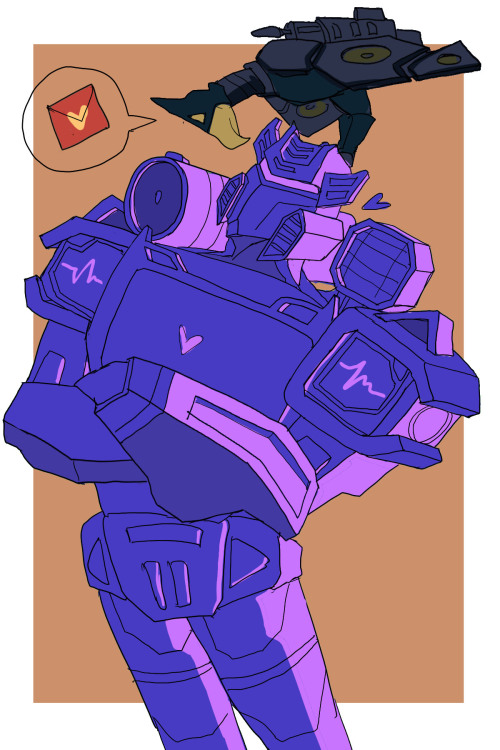 Guys i think….I think i just WON transformers Fandom with a soundwave hoodie and not GIVIN a shit. May i present:

Hot Guy on Bumble: oh man is that an Optimus Prime hoodie?

Me: um no it is def a soundwave decepticon hoodie and im sad its not megatron but soundwave is empirically the second best decepticon so ill live.

Me: nah I just really feel Megatron and want to peg Optimus Prime.

………….and long story short a man has screamed the designation Megatron at me while I fucked him with a strap on and I would like to thank all y'all robot fuckers for helping me get to this point XD