Top comment: I love the detail on this flag. 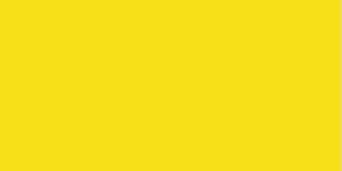 #Flag#Empire#Brunei#Burneian#Sultanate#(1368-1888)#Source:#Wikipedia#flags#vexillology
19 notes
incorrectwbbquotes
Conversation
Grizzly
I don't always make the best decisions under pressure.
Panda
What the hell is that?
Grizzly
An alpaca! I got the last one.
#incorrect quotes#we bare bears#grizzly#panda#source:#modern family
30 notes
incorrecthsrquotes
Conversation
Strong Sad
My favorite thing to do is tell my friends about the wild things Victor Hugo did and see the look of shock and horror on their faces because they only know him as the great author who wrote Les Mis and Hunchback, and not as the man who gave his fianceé a live bat in an envelope.
Marzipan
...He what now?
#incorrect quotes#homestar runner#strong sad#marzipan#source:#tumblr
13 notes
incorrecthsrquotes
Quote
<div> —  King of Town, probably<br> </div><span>I don’t know who needs to hear this right now, but you can eat lasagna in the shower if you want to. It’s not illegal. They can’t arrest you. Go and be free!</span>
#incorrect quotes#homestar runner#king of town#source:#twitter
8 notes
incorrectwbbquotes
Quote
<div> —  Ice Bear, probably<br> </div><span>Ice Bear is so full of love. And anger. Like a lava lamp.</span>
#incorrect quotes#we bare bears#ice bear#source:#twitter
41 notes
gamegem92
Text

This is a bucket (Squish Version)

Pod: [ignoring her] It contains the dying wish of every student here. [turns] Squish. You did collect everyone’s dying wish?

[Cut to a close-up of the watch. Red embossing tape declares it a “DEATH CLOCK”. The display beeps as the various students set their watches. It reads 70:00:00. 70 hours left to live and counting. Taps-like trumpet-playing is heard.]

Pod: We have seventy hours to live. For most cells, no time at all.

Pod: We are not most cells.

Pod: We are survivors. We have the resources. The will. To make these hours count! [he gestures emphatically with his test tube full of acid, some of it spills and burns through the floor]

Pod: [sudden close-up while the background music cuts off] The clock is ticking, students. Let’s begin.

Pod: Our first dying wish is Squish’s. [he gestures] He’s…

[Pod examines the card. He stares at it very confused.]

Spy: …drawn a picture of me in the lab which is exploding.

[The drawing is somewhat crude. The explosion is drawn in much greater detail than Pod who is running (or however cells move,) Panicking with the word “AAAAAAA” above him]

Pod: [he peers closer] I have something radiating off of me.

Squish: Yeah, that is fire.

[He turns to the rest of the students in a mock whisper.]

Squish: That’s why everything exploded. Cause he’s on fire.

Pod: [rolling his eyes as he draws another card] Yes I see. Here you’ve drawn me…

[The camera tastefully remains on his face.]

[Squish is nearly in tears with laughter.]

Pod: [growing more irritated] I’m crying and the electromagnet is on fire. [he angrily throws the card down] Did anyone besides Squish put a card into the bucket?!

[Squish is near breathless with laughter.]

Pod: [sighing] Fantastic. This was a huge waste of my time.

Peggy: [pulling out a card] You didn’t read mine!

Pod: [another sigh] Does it say you want the bucket?

#Squish tv series#squish books#Source:#TF2
1 notes
incorrectwbbquotes
Conversation
Panda
Weird Al Yankovic implies the existence of a Mundane Al Yankovic.
Tabes
He literally had a roommate in college also named Al, and they called him "Weird Al" to differentiate the two.
Grizzly
So what I'm hearing is, there is a Mundane Al.
#incorrect quotes#we bare bears#panda#ranger tabes#grizzly#source:#tumblr
43 notes
incorrecthsrquotes
Conversation
Marzipan
Behind every girlboss is another, bigger girlboss.
Marzipan
They call this a pyramid scheme, I think.
#incorrect quotes#homestar runner#marzipan#source:#tumblr
13 notes
32-956
Text

top 5 republican mcyts, according to jschlatt:

one of the greatest screenshots I’ve ever taken

#tommyinnit#screenshot#source:#Minecraft's Colossal TNT Mod is Stupidly Funny#wilbur soot#slimecicle
40 notes
incorrectwbbquotes
Quote
<div> —  Panda, probably<br> </div><span>Oh, Miki-chan, we’re really in it now.</span>
#incorrect quotes#we bare bears#panda#source:#the good place
46 notes
incorrecthsrquotes
Conversation
Strong Sad
When do you plan to take down the Decemberween tree?
Strong Bad
We don't have a Decemberween tree.
Strong Sad
What are you talking about? It's right there!
Strong Bad
That used to be a Decemberween tree, now it's a President's Day tree.
Strong Sad
If it becomes a Fourth of July tree we have a problem.
#incorrect quotes#homestar runner#strong sad#strong bad#source:#james breakwell
14 notes
rachel-goth
Text

Jason: Are you trying to seduce me?

Roy: Why, are you seducible?

Dick: I think you’re still suffering from the effects of your party last night.

Tim: All I drank was Redbull!