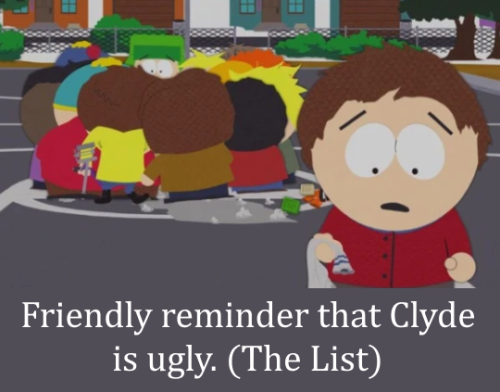 The worse headcanon is Kenny’s dad is a pedo and using wiki as proof when canon never confirmed his wifes age. I’ve seen this hc four times and it needs to die. 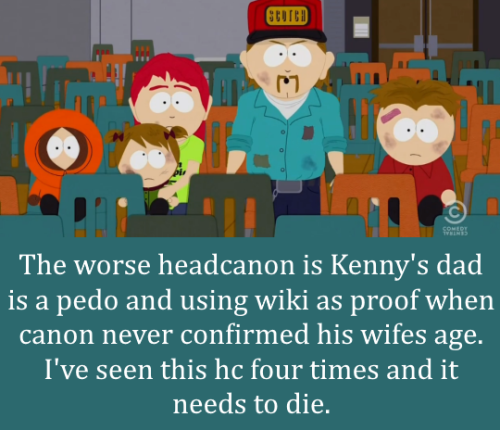 I’ve seen this so much.

If any character is homophobic its probably

My name is Daveet David

Maybe as the kid who hangs out with his bully

I only have one question.. Whose Jessica???

God bless you for this silver lining

I’ve noticed that most arguments with Stan and Wendy is just her losing her steam and him just taking it or trying to calm her down. Meanwhile he doesn’t go off at her like that, eventhough he has every right to be pissed at her aswell sometimes.

And honestly oh boy he’s gonna blow off at Wendy at some point. Everything he has bottled up is going to come up and it will hit her hard.

(Am I a bad person? That I’m waiting for this moment?? Like he can be scary when he yells. He is/was the lead singer in a death metal band. His voice has the power )

Stan doesn’t say anything about Wendy blatantly cheating on him with Cartman and embarrassing him in front of the town.

Stan doesn’t really get mad at her for leaving him for Token. He called her a bitch and nothing.

He didn’t say anything when Wendy ignored him for that Bridon kid.

He took it when Wendy started to yell at him, ( Cause of the stress Cartman caused. Still no excuse. But understandable. We all have been there) when he wanted to defend her from Cartmans bashing.

He took it when Wendy was scolding him during school break after Butters called her a slut to get her in his business he defend her before.

When Wendy blackmailed him to clean his locker in front of his peers. Causing then him having to go to Mackey. Only figuring out that he is more fucked up than he is. Then being stuck in Mackeys dream.

Being dumped for a troll he had no control over by a letter with “I can’t fix you.”

The last one is just my interpretation:

But being blamed for every wrong in the relationship by the whole school and not once have your girlfriend see the mistakes she’s done.

Not only that but that blow up is gonna be cut throat.

made with makowka character maker II on picrew :)

Not mine but really funny. I say as a south park fan.

I want Stan be with another girl. I don’t want him dating Wendy anymore. 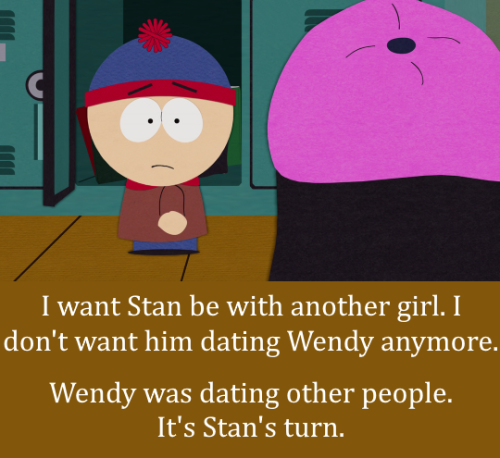 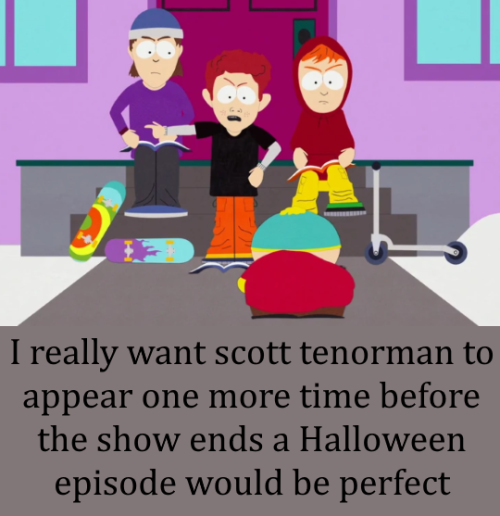 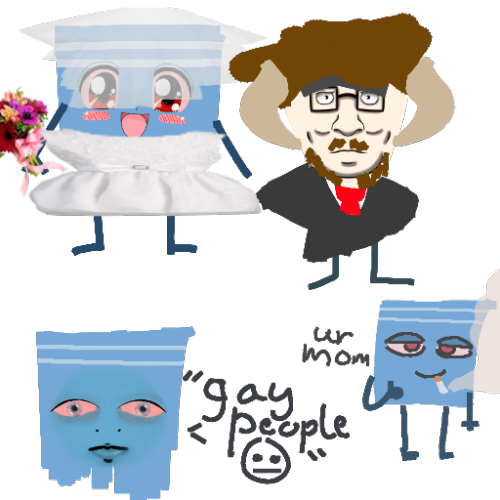 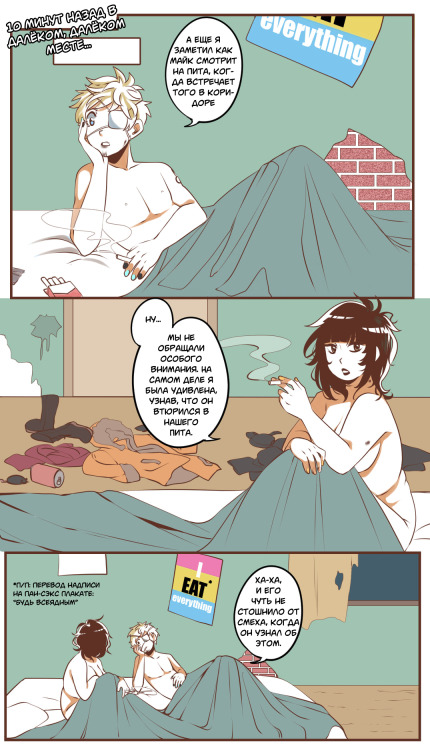 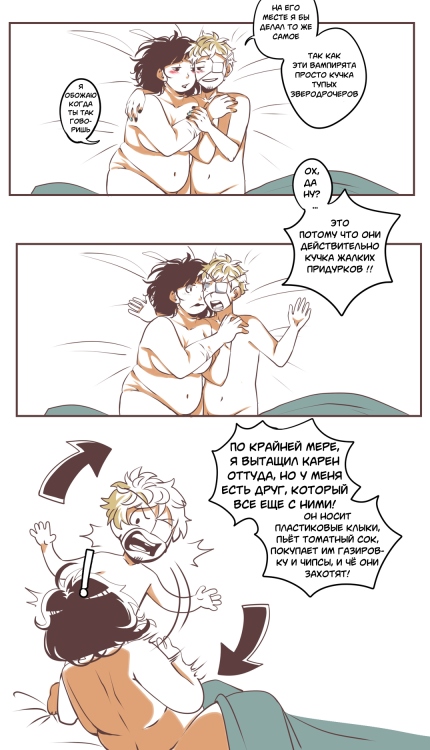 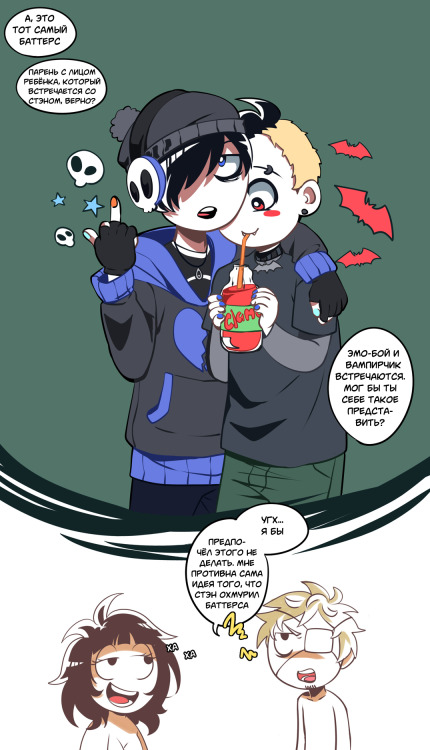 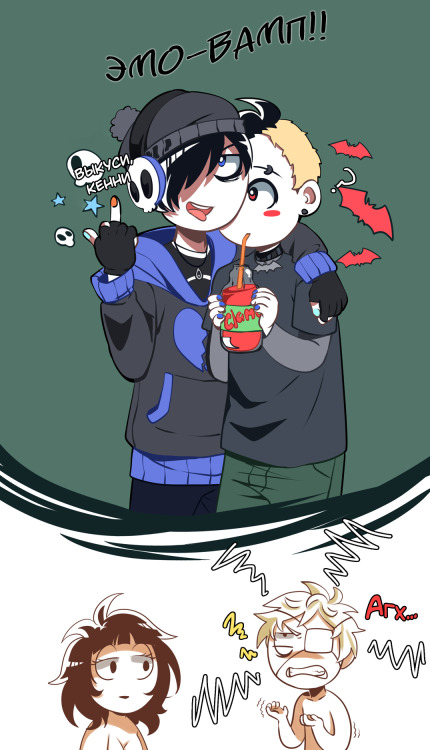 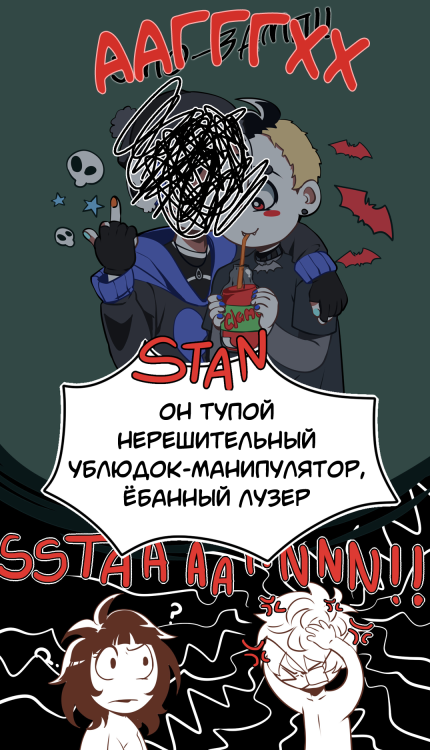 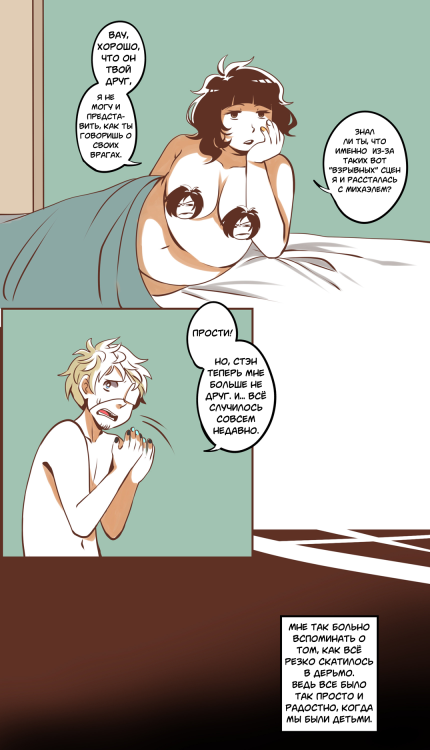 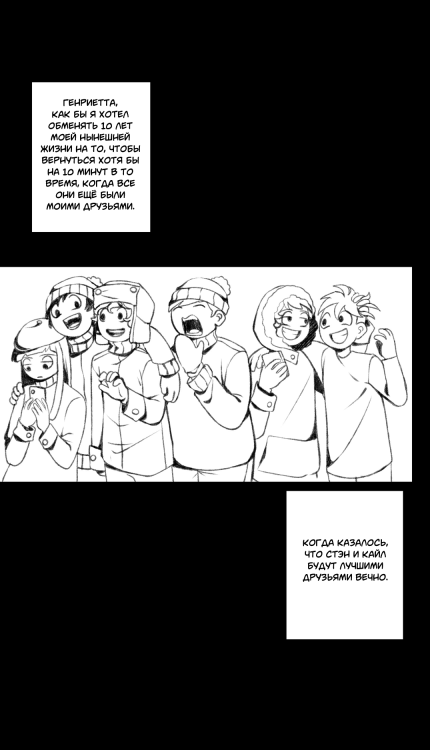 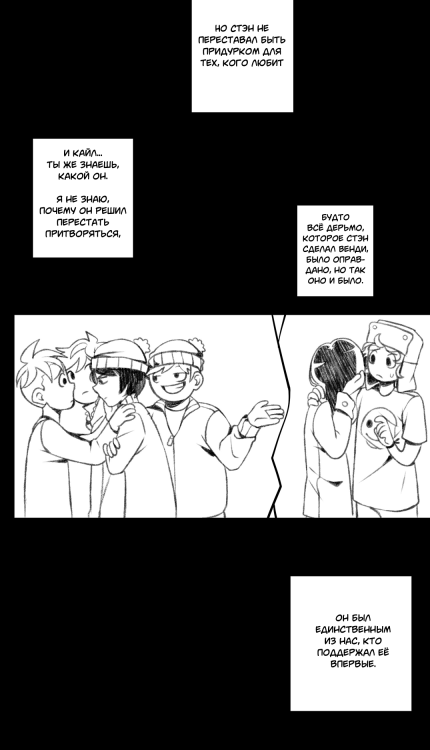 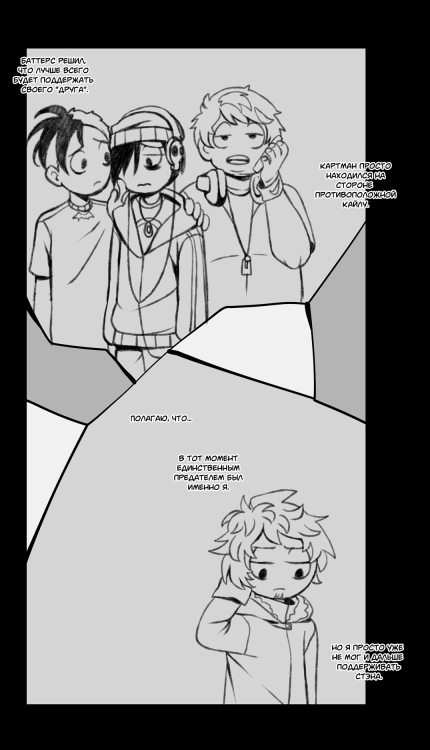 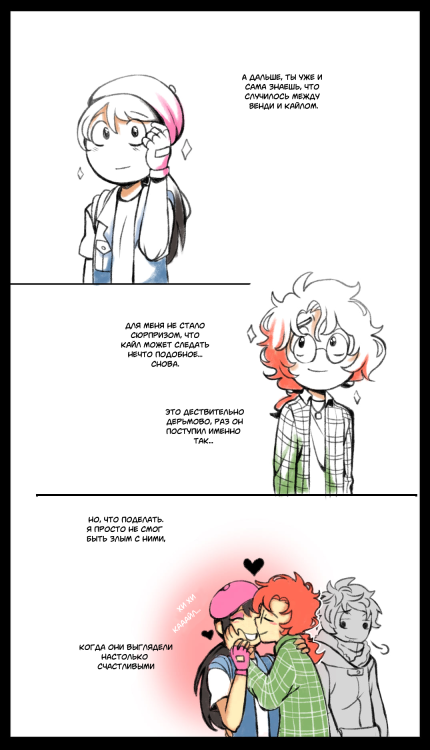 I really like the idea of Kenny becoming a counselor when he’s older, like Mr. Mackey suggested. (Sometimes it feels like his non-perverted traits don’t get highlighted as much in fanon, and sex and drugs is the only future people see with him) 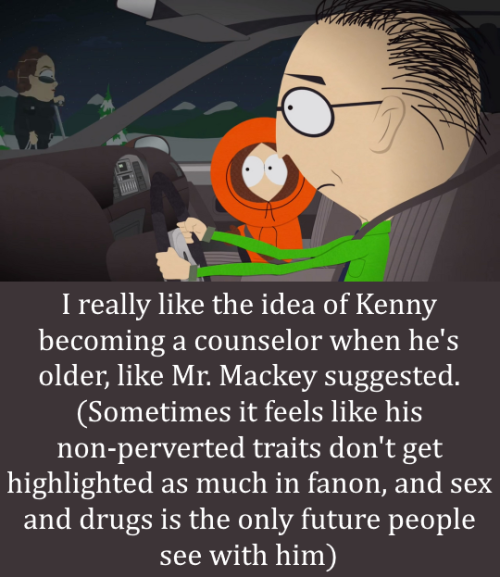