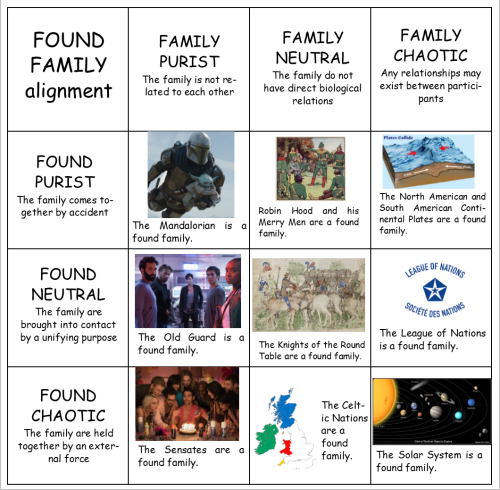 Picture of the “the great conjunction” last night with Jupiter and Saturn. (Not my picture)

I’m one of those people who don’t understand interstellar but still watch it. I love that movie. Like yes i see it and my brain goes ~oOoOhh sPaCe~ and i just sit there for two hours without a single thought in my brain just ~vibes~

i feel connected to space in my bones. in my very soul. i ache with the desire to know what i cant possibly ever know.

#i want to see.....#all of it. i want to watch from beginning to end as we are born and made and end#elaw.txt#space tag#death ment
2 notes
dr-lawrence-gordon
Text

#not promising itll be over soon but it will end. eventually#elaw.txt#space tag#ish
1 notes
dr-lawrence-gordon
Text

all the science stuff is so cool with space but i am so much more enamored with the ideas it presents and what i am in relation to them.

#i love the science a lot actually but im dramatic and most of my time is spent thinking like....#we are made of stardust and there is such a longing to see the things that held me before i came to be#elaw.txt#space tag
1 notes
dr-lawrence-gordon
Text

like maybe i am just being dramatic but there is so much and i can feel in my very being that this is what i am and what i am meant to yearn for. i am meant to miss the stars that held me.

#this sounds so dramatic but rly im just. im in such a mood tonight#elaw.txt#space tag
1 notes
dr-lawrence-gordon
Text

oh to see stars crash into one another and collapse down to nothing. walk the surface of planets you can barely begin to imagine. hold the dust that makes up galaxies in your hands and know it is made of so much more than just what you can see. to watch planets be born from chaos and witness the slow way they revolve around their star. how lovely it is to know that you have been a part of this and you have left your mark for the rest of eternity.

#i am so in love. i am.#sobs#elaw.txt#space tag
2 notes
dr-lawrence-gordon
Text

do u understand how absolutely beautiful and wonderful space is. i spend so much of my time thinking about it. we are all made of stardust and i long to return home

#not in a dying kind of way im gold there but mentally i am just#i cannot explain the connection i have to space but it is 100% in my soul#elaw.txt#space tag
2 notes
dr-lawrence-gordon
Text

Space documentary: and they danced around each other :)

me, sobbing: oh my god they danced around each other

#its abt.... beauty within unknowable chaos#elaw.txt#space tag
3 notes
dr-lawrence-gordon
Text

back on my space stuff again but can i just say how goddamn emotional the timelapse to the end of time makes me. i always start crying once they get to the part abt the end of stars and like. everything after that

#hits different....#elaw.txt#space tag#im sure yall have seen the video a million times BUT. i am watching it again and i jdyt#i just#sobs
3 notes
dr-lawrence-gordon
Text

me, age 8, realizing I probably won’t ever know the entirety of space as well as I want to:

#idk how to. impress just how genuinely upset this information makes me#i will never know space as intimately as it knows me and that is the truest tragedy i have ever learned#elaw.txt#space tag#used to cry myself to sleep over this actually#like as a kid i was and still am rly. so#frustrated and upset that no matter how long i live there will still be things we dont know about space
3 notes
dr-lawrence-gordon
Text

life is all about laying awake at 3am imagining what it must be like to have the ability to hold stars in your hands and breathe life into planets. about looking up at the constellations and wishing you were around to watch as they formed. wondering how many of the stars your seeing have already collapsed. how many are in the middle of collapsing. there is so much

#i want to BE space do u understand#elaw.txt#space tag
2 notes
dr-lawrence-gordon
Answer

ohhh anon u cant just ask me that there’s so many parts but!! definitely one of my biggest focuses has been stars and more specifically black holes?? Which. lowkey sucks just bc we dont actually know too much abt them. but also stars just in general are rly cool & learning abt all the ways they interact with the things around them is cool as fuck

me, age 13: space is the most amazing thing to happen ever

me, now, still not over it: space is the most amazing thing to happen ever

i am still a space kid at heart

#nasa: do u want to send ur name to space?#me: BOY WOULD I#sometimes i stare at star names just to feel myself becoming onebwith them#i used to spend literal weeks making presentations abt planets and nobody ever saw them but i was so happy#GOD.....#love to go lay in the dirt and imagine i am slowly being absorbed into a star#so much to do#elaw.txt#space tag
1 notes
jackals-ships
Answer

and 98 was “Moonbound” by ANZO

Oof, sorry it took me a hot second to answer this. I had dinner and then decided it was bedtime flsufkdh-

Buckyyyyy……my fiance………🥺 I love him so much!! He’s an incredible guy, the MCU version of him really doesn’t do him justice. He has so much more personality than just “ooh trauma, brainwashed assassin”! In the comics, he has a cat named Alpine!!! He’s so good, I love Bucky with all of my heart and soul, I wear his dog tag everywhere I can’t wait to marry him aaaaaaa-!!!!!!!

Today marks twenty years of continuous human presence in space, beginning with the start of ISS Expedition 1 on November 2, 2000.