Shout out to the Bubonic Plague for deciding to make a comeback to put this upstart COVID-19 in its place.  Let’s revive the “Spanish” Flu too for a nice triple threat showdown.

I feel like 2020 is doing spin the wheel of the worst things in history and sometimes memorable things. Do you want to civil rights movement ? Depression? Pandemic? How about watergate? How about gay riots? Tighten the fuck up bitches we got the Black Plague next. 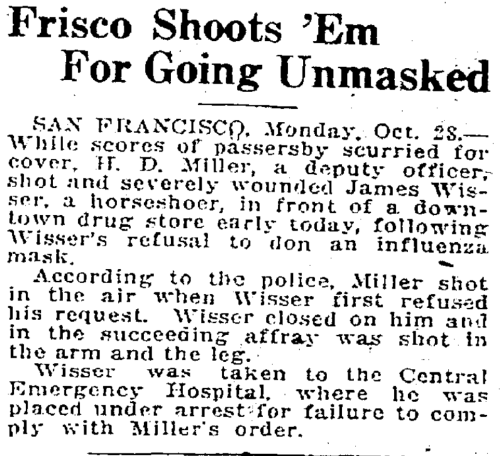 Always watch out for new strains of influenza. 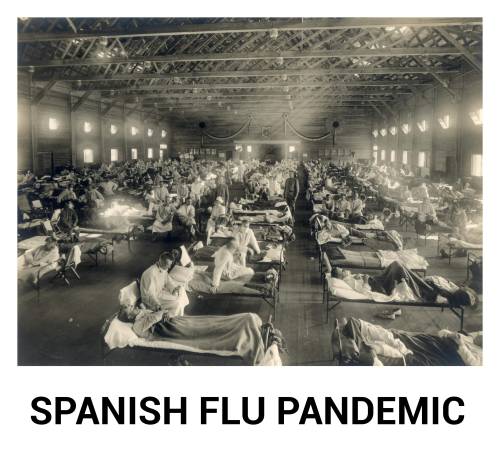 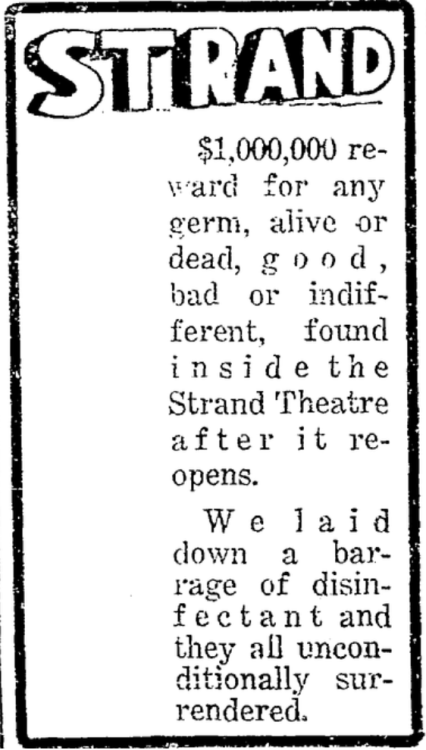 I am absolutely thrilled that the Spanish Flu is relevant again. It was one of my NHD projects so if anyone wants my basic rant about the Spanish Flu’s origins I’m here. The other one was Elizabeth Blackwell, so if you want to hear about women revolutionizing medical education, I can do that . Idk what I’m doing next year yet. Basically I’m saying that I know nothing about history except for two very specific things and if anyone wants to hear rants about these things I will do so happily. 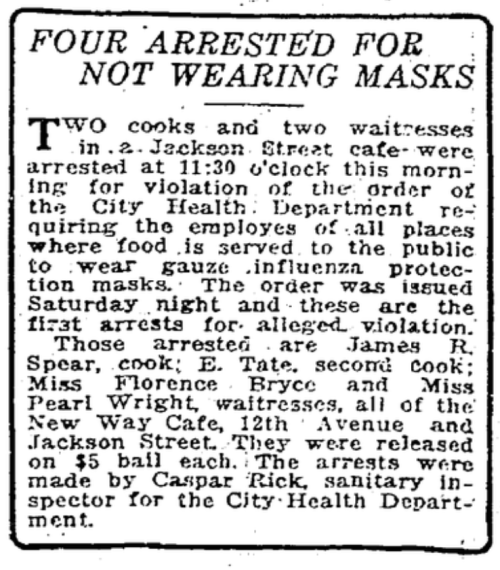 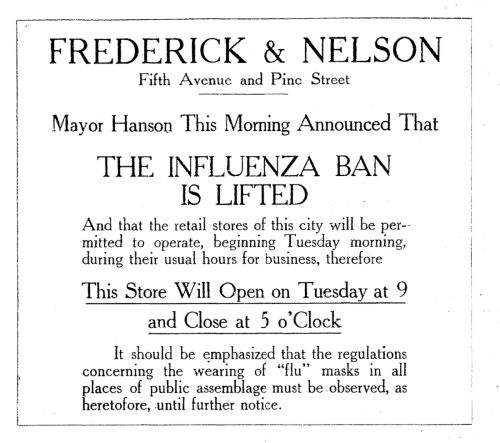 **Chuckling that in the picture of 1920s people in masks, there is one with her nose exposed. People are doing that now too & somehow think it’s enough to just cover your mouth. Sheesh…

When your back is broke and your eyes are blurred.
And your shin-bones knock and your tongue is furred,
And your tonsils squeak and your hair gets dry,
And you’re doggone sure that you’re going to die,
But you’re skeered you won’t and afraid you will,
Just drag to bed and have your chill;
And pray the Lord to see you through
For you’ve got the Flu, boy,
You’ve got the Flu.
When your toes curl up and your belt goes flat,
And you’re twice as mean as a Thomas cat,
And life is a long and dismal curse,
And your food all tastes like a hard-boiled hearse,
When your lattice aches and your head’s abuzz
And nothing is as it ever was,
Here are my sad regrets to you,
You’ve got the Flu, boy,
You’ve got the Flu.
What is it like, this Spanish Flu?
Ask me, brother, for I’ve been through,
It is by Misery out of Despair,
It pulls your teeth and curls your hair,
It thins your blood and brays your bones
And fills your craw with moans and groans,
And sometimes, maybe, you get well —
Some call it Flu — I call it hell!

‘The country is adrift’: echoes of Spanish flu as Brazil’s Covid-19 catastrophe deepens

A century after the 1918 pandemic, South America’s largest country has passed Britain to claim the world’s second-highest death toll

As a child growing up in 1940s São Paulo, Drauzio Varella remembers his grandmother’s tales of how the Spanish flu ravaged the blue-collar immigrant community they called home.

“So many people died that families would leave people outside on the pavements, and early each morning the carts would come by to collect them and take them off to burial in mass graves,” remembered Varella, who would go on to become Brazil’s best-known doctor.

More than a century after the 1918 calamity, South America’s largest country is again being shaken by a devastating pandemic, and Varella is in disbelief.

“Nobody thought this could happen. Perhaps they imagined it theoretically – that some kind of virus might come along,” said the 77-year-old oncologist, author and broadcaster. “But even when this virus did show up, we didn’t think it would cause a tragedy of such proportions.”

The precise magnitude of Brazil’s Covid-19 tragedy remains unclear – but the story told by official statistics grows more wretched by the day.

“This is the worst public health crisis we’ve faced – and it has come at a time when we have the worst government in the world,” said Daniel Dourado, a public health expert and lawyer from the University of São Paulo who believes thousands of lives could have been saved by a swifter and less erratic response. “The country is adrift.”

There are uncanny and painful parallels between the impact of the Spanish flu – which historians say killed between 35,000 and 100,000 Brazilians – and the harm coronavirus is now inflicting.

“Listen here, children,” said Deacon Brown,
“There’s something new just struck this town
And it’s among the white and the colored, too
And I think they call it the Spanish Flu.”

They say it starts right in your head:
You begin to sneeze and your eyes turn red.
You then have a tight feeling in your chest,
And you cough at night and you just can’t rest.

Your head feels dizzy when you are on your feet;
You go to your table and you just can’t eat.
And if this ever happens to you,
You can just say you got the Spanish Flu.

Now, I got a brother and his name is John,
And he went to buy a Liberty Bond.
And he stopped to hear the big band play,
Upon the corner of Church and Gay.

But when he heard about the Flu–
It tickled me and would tickle you–
He bought his bond and went away:
Said he’d hear the band some other day.

But just as he got down on Vine,
He began to stagger like he was blind.
And a doctor who was passing by
Said, “What is the matter with this country guy?”
But as soon as he asked John a question or two,
He said, “Good night, you got the Spanish Flu.”

The Spanish Flu: The Greatest Pandemic of the 20th Century

Learn about out last century’s major pandemic and use that to cope with this one.

Here is something that I’ve thought about during this time of the current pandemic.  People got through the Hong Kong flu and didn’t lose their shit over it.

With other types of viruses similar to this (Hong Kong flu, as I’ve already said, in 1968-1969), the world didn’t shutdown, the economy didn’t collapse, and people lived their lives as usual.  Sure they did similar things and took precautions, but they didn’t go to extreme lengths like we are told to today.  The 24/7 media bombardment doesn’t help.

Am I saying to not take precautions?  No.  They did that during the time of the Hong Kong flu.  Am I saying to live your life normally?   Yes.  They did that during the Hong Kong flu.  Did they manage to not shutdown the world?  Yes.  Did they manage to not have the economy collapse?  Yes.  Did they report it in the media?  Yes.  But they also didn’t go to such lengths like they do now to create mass hysteria.

You can get through life normally with viruses like these without fear mongering and mass hysteria.  People play up to that.  Being connected is great, but the 24/7 media bombardment doesn’t help.

“Pale Rider: The Spanish Flu of 1918 and How it Changed the World” by Laura Spinney