Finally got to see Spiderman: Into the Spiderverse, so Spider ted is now a thing in my brain. Could be a weird Care Bear spin-off, but no.

This was fun to draw thou, I might do a proper pic later :D 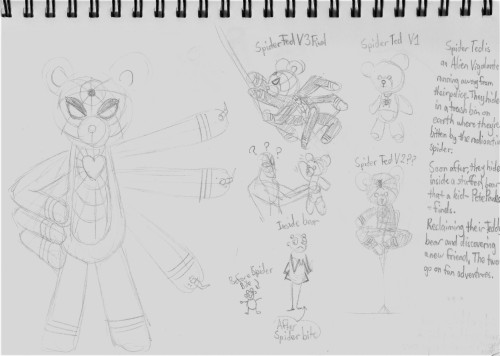 Did a lil christmas doodle of one of my spider boys and his robot for class. Not used to drawing in photoshop still, but I really like how this turns out.

I drew My Boyo

Made a inktober list for Spidersonas ! but you can also use it for Marvelsonas if you want uwu

#spidersona, #spider man oc, #spiderman oc, #into the spider verse, #my art, #my art crap, #my artwork, #my artz, #my artwrok
62 notes · See All
lixxenPhoto

He is a FtM trans Spider-Man OC.

I wrote a story of him in Into The Spider-Verse here! 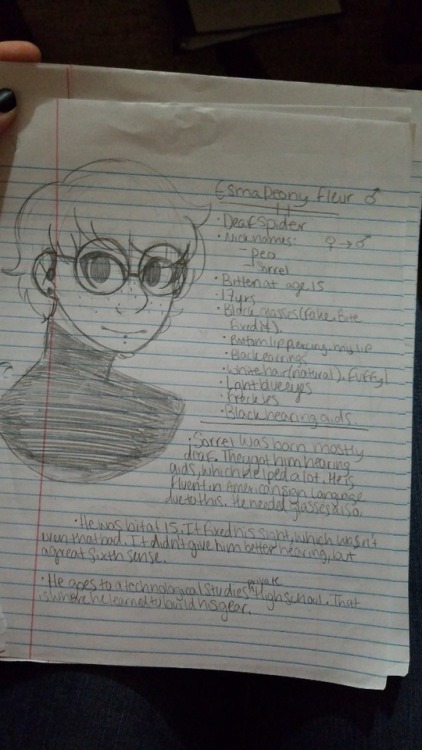 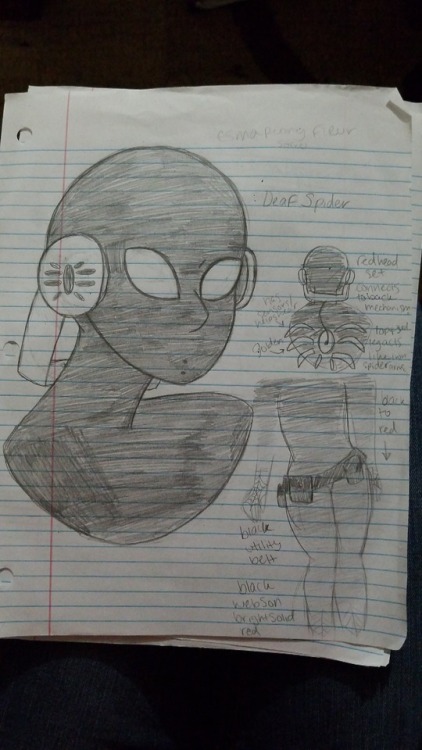 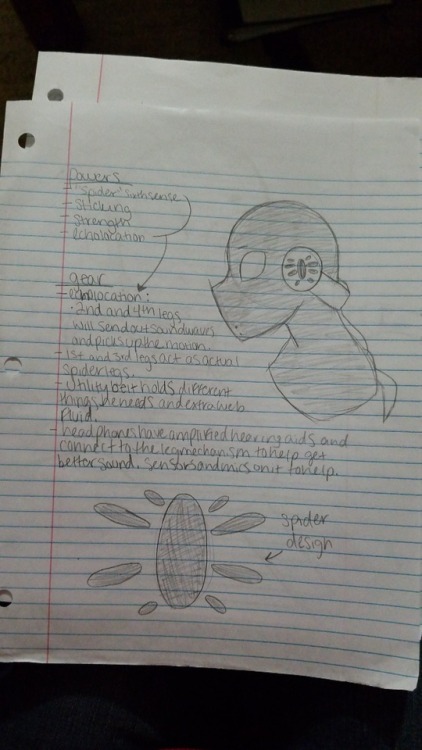 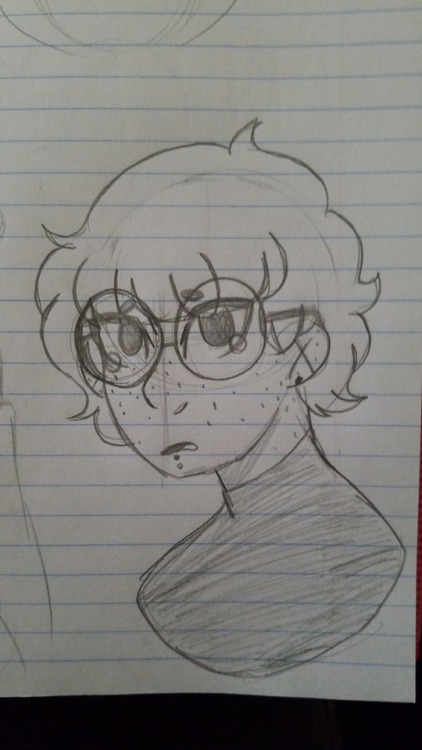 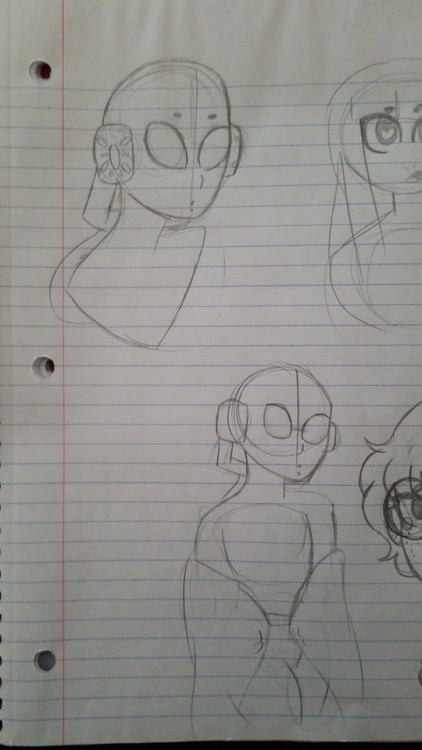 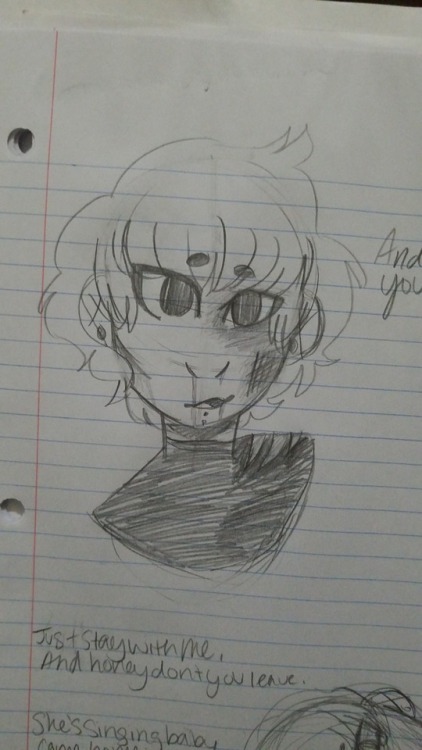 Skjhjh I forgot about this

Here’s the thing tho

I may have made Jack and Loaiza complete dumbasses, academically, but their emotional intelligence? Very Competent. Almost functional, even

So Ezra May be a genius who lost his hand fighting aliens and made one from scratch using a 3D printer and is Absolutely smart academically, but he also sucks when it comes to verbal/nonverbal ques and socializing

And thus, the balance is kept

Hey, guys. I heard all of the people who had seen the movie Spider-Man: Into the Spider-Verse had either been making Fanfics based on the movie, or making their own Spider-Man OCs/Spider-sonas.

This in particular is not actually a Spider-sona. It’s a Into the Spider-Verse OC, but I’m still kinda working on it, and I need some help. What I can say about this OC for sure are these:

4. He does not have a name, he’s a nameless person. (Unless you guys can give him a good one)

5. He has the same skin color as Peter Parker, but has a skin-deep line scar going down the left side of his face from the hairline, past the eye, and down to his chin.

7. He has bright orange hair and emerald eyes.

That’s all the things confirmed about my OC so far. If you guys could help me out with developing the rest of him, like a backstory, that’d be great.

Also I saw that people are making spidersonas now so here’s mine. It’s 1 of 2 but it’s the only one I’ve drawn so haha

Her name is spider spectrum. I still need to draw her when she’s not in the costume, but her real name is Stellar. 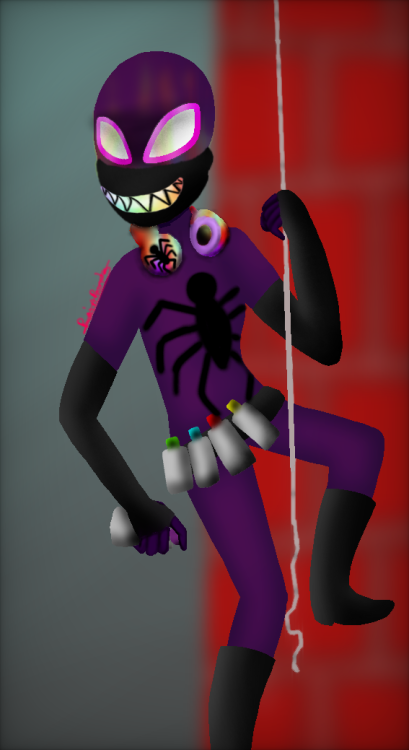 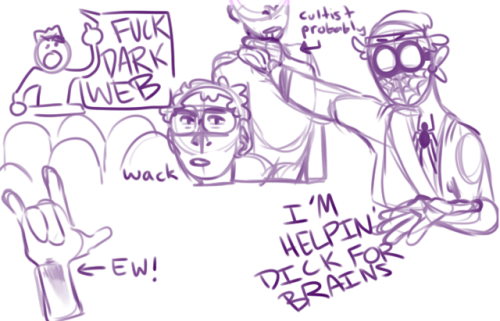 Golden Silk was visiting NYC with her student ambassador group and she wandered off like a moron got bit by a radioactive spider and told noone.

Now she’s back in florida which is not a huge metropolitan cityscape, so catch her past her curfew in roller skates (or heelys) swinging lace rope at her enemies (the disney corporation) 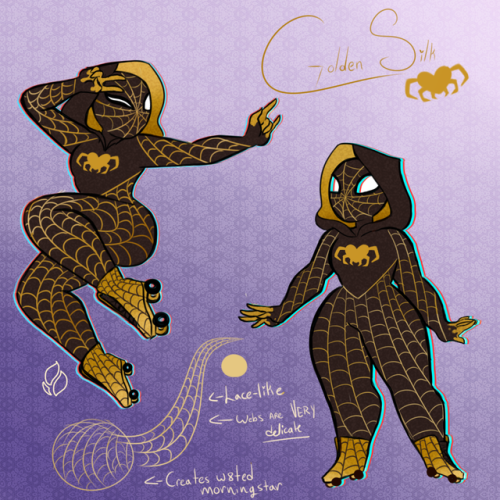 Yeah hi, I heard we were making spidersonas??? 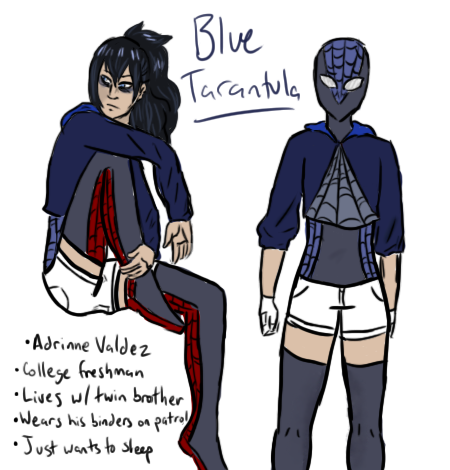 My Spider-Man OC in moodboard

M/N: Hi guys, I know it is not usually what I would do (because I just reblog). But I wanted to show you my oc (I guess) of Spider-Man with my portrait of my superhero character that I made. I try to make a real story at the moment about her and her past god life. If i can try to found good job I will do it like my 2 old moods board That I did with IT 2017 and Stranger Things. I just hope you will love it like the others one! :)

Ned Leeds a.k.a the guy on the chair

Is there a way that I can make a Spider-Man OC without having her sound mary-sueish, and have her be with Peter instead of Gwen? I’d like to put Gwen in my story, but I don’t know if I would be able to, unless the OC is either friends with her or hates her. SOB

WHY IS CHARACTERIZATION SO HARD?

“Indeed I do! I think I’ve mentioned stuff about them before, and this post gives a pretty good summary of how the Shard works in my body to even give me powers in the first place.

First thing’s first: my webs. Sure, they’re common as a concept when it comes to most Spiders, but instead of being organic or mechanical, mine are energy constructs. They’re about as durable as either of the other types of webbing on their own, but they do tend to hold up a bit better when they’re still attached to me.

There’s also my other constructs: I’m able to summon a pair of spider-gauntlets and a set of spider-arms, also made up of my energy. The gauntlets tend to be more useful when I need to put more power behind a punch, and the spider-arms can either help me stabilize myself if my hands are busy and help block potshots, among other things.

Whenever I summon any of those three things, it pulls from my available pool of energy. However, it’s technically not expended until the construct either gets separated from myself or breaks entirely. This isn’t really a problem for my webs, but an arm or gauntlet getting shattered carves out a not-insignificant chunk of my energy. The don’t break easily, mind you, but it’s still something I’ve got to be mindful of in the middle of a fight.

I can also turn invisible, but that particular power isn’t compatible with any of my constructs, webs included. If I try using any of them, their light will sort of ‘ripple’ through the rest of me, kind of negating the whole point of being invisible, so I’ve had to work around that when it comes to stealth. On the upside, it probably has some application when it comes to intimidation, but I haven’t gotten a chance to exploit that yet.

I’ve got a few more abilities that are tied to my energy too:

-Because my sticking power is magic-based, I can technically stick to things with any part of my body. It’ll work through most fabrics too, but it’s a no-go for anything thicker than half an inch or so. It’s useful if I need my hands free while clinging to a wall, and also if I need to hold onto more things than I can reasonably carry.

-Strength, endurance, etc. are all tied to my energy. I talked about that here, so I’ll spare you the exposition in this post.

-I have decent control over the energy in my own body, but I also have *marginal* control over the Shard energy of the other wielders. This one’s a newer ability, but it’s not on the level of what Beholder could do by any means.

-I can also use my webs to ‘write’. Well, they’re more or less my webs; the ones I write with aren’t really tangible to anyone other than myself, but I cast them in a similar way to my standard webs.

I’ve also (sort of) got one power that isn’t tied to my energy. You know how I talked about my parents in this post? Yeah, well it turns out that I ended up inheriting some of that X-gene goodness. It’s nothing super flashy like what my parents have, but it’s still come in handy even with me still not fully understanding how it works. Long story short, I’ve basically got what I call ‘control resistance’. It’s why Beholder wasn’t ever able to control me for long, and why I was able to pick up on my mom changing my memories when I came back home and wake up before she got to rewriting my entire history again. It’s another newer power, and probably the one I know the least about at this point.”

you sure about that feeling “natural,” anon?