This is not goddam problematic FFS.

I saw someone once claim that because it was subtextually supporting a pro-life POV.

The female character and her partner are presented with a choice, they acknowledge they have a choice, they debate which option to take, they make a decision and said decision is not one stemming from a feeling of there being a moral obligation to continue a pregnancy or that there would be anything immoral in terminating it if they so chose.

Advocating for pro-choice does not have to mean you must depict a character having an abortion if the option is available or presenting it as what should’ve happened in hindsight.

It just needs to have the characters have the choice, acknowledge it and make a decision that has nothing to do with valuing the life of a foetus for the sake of it.

Yes the story depicts MJ as brave. But it wasn’t a sure thing the baby was going to die or kill her. It wasn’t like she was taking a million to one shot like a hero. And she wasn’t doing it out of a belief that life is sacred and precious no matter what or because she herself is opposed to abortion on a fundamental level.

The over all message isn’t that abortion is wrong but that that specific character in those circumstances wanted the baby and felt the risk was worth it/there was enough of a chance for success. Remember in context even without any medical tests or opinions there would’ve been an inherent risk in conceiving children with a superpowered person regardless just because there is little-no medical precedence. So it made perfect sense for that character in that context to make the decision.

AH but ya see:

Anti-choice propaganda in the US leans heavily on the sophistry that every termination is the murder of a happy, healthy person who would be a benefit to society.

And again, my point isn’t about the story choice. It’s about the message being sent - which is in line with the message in anti-choice propaganda. The mother was correct to carry the baby to term.

This is BS because it’s just coincidental.

The writer wants the family to have another baby, but also wants drama, so goes the route of the pregnancy having complications but because they end result has already been determined it happens to turn out okay, but the intention was never an endorsement of anti-choice propaganda.

I mean I’ll be honest when it comes to being in line with anti-choice propaganda, I think this might be a case of what an individual takes from the story is up to them.

Case in point, its in line with Liberal certain beliefs that rich CEOs of mega corporations can be/are exploitative. And Marvel has characters like Justin Hammer or Lex Luthor (who let us remember was rebooted in the 1980s specifically to be like Donald Trump) exactly like that. And yet they also have Tony, Bruce, Ollie, etc. So they obviously are not wholesale against rich CEOs or corporations but the depiction of the former is in line with certain Liberal beliefs.

Or lets consider Spider-Man 2099. He’s a subversive figure within his society, someone who is almost seen as a revolutionary figure and commits crimes such as property damage and breaking and entering alongside vigilantism. He is also of Irish and Mexican decent so this would be in line with racist stereotypes of both cultures but it’s obviously not the case.

In Spider-Girl Mayday is often hit or injured in the course of her battles, but obviously this is not a reinforcement of it being okay to hit women (especially given that there is a subplot all about that). But those who feel it is okay to do that could look upon her receiving injuries as showcasing that it is okay because look she’s fine after wards.

In isolation the Byrne FF story where Sue’s second pregnancy ends in a miscarriage and in which the characters never even discussed abortion could be seen as being in line with pro-choice views because a choice was never even presented and things turned out tragically when they could’ve been prevented if she’d had an abortion. However I don’t think anyone would agree that the story actually does do that, not least of all because of who wrote it.

So the story could show MJ choosing to not have an abortion because she believes that in fact there is a good chance of things turning out okay and because she wants the baby and her turning out to be right without necessarily advocating the anti-choice camp.

This mentality is just a classic case of reading way too much into things and prioritising a social-political reading over a character centric reading. A good writer writes the characters and story in line with the needs of the characters and their ideology, not the writer’s personal ideology. 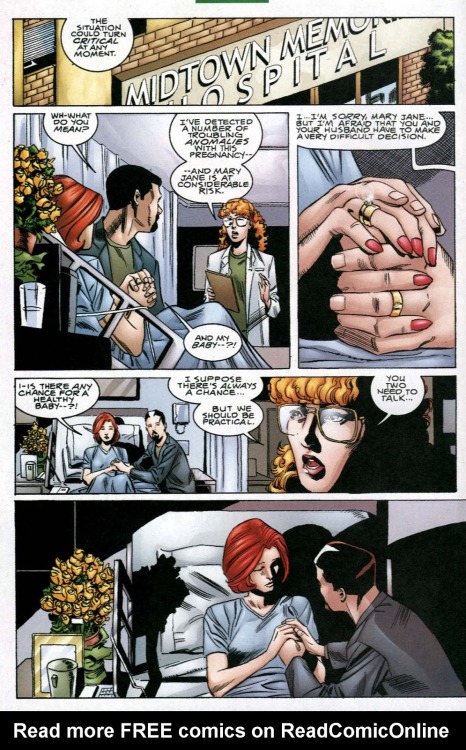 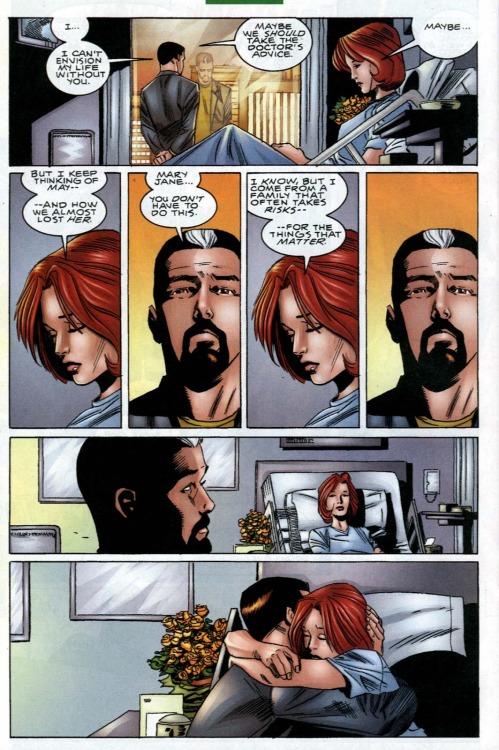 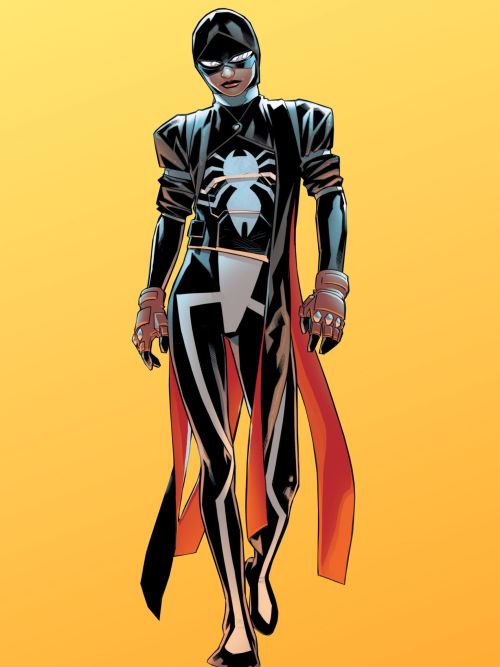 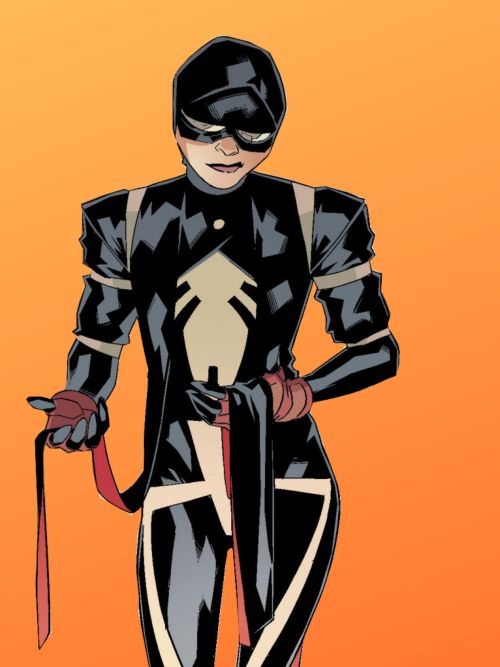 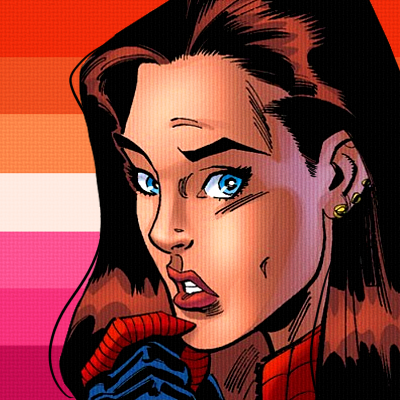 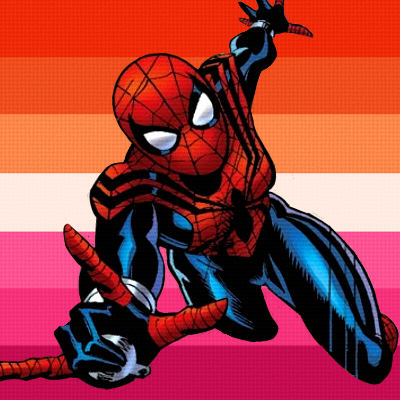 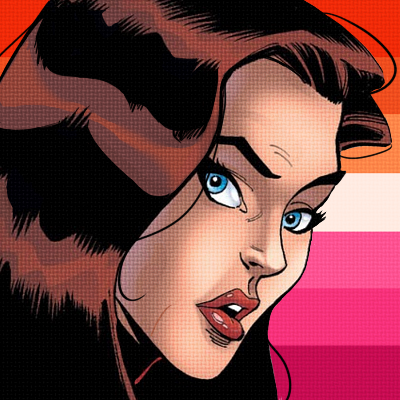 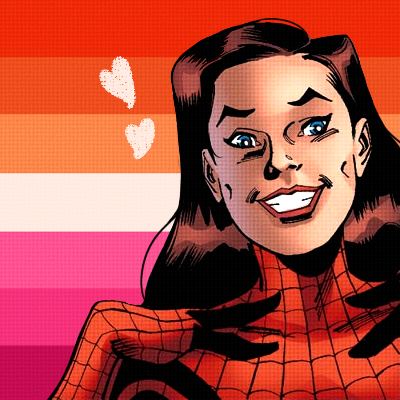 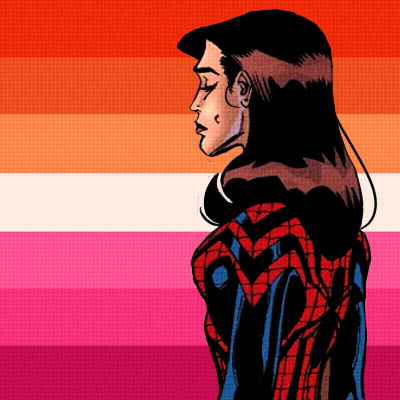 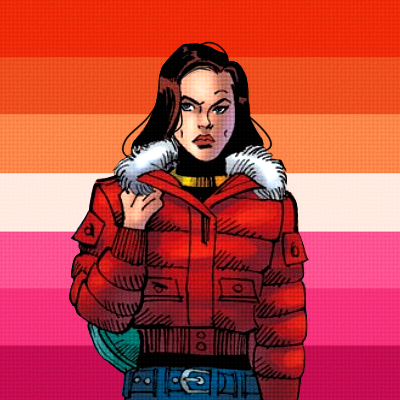 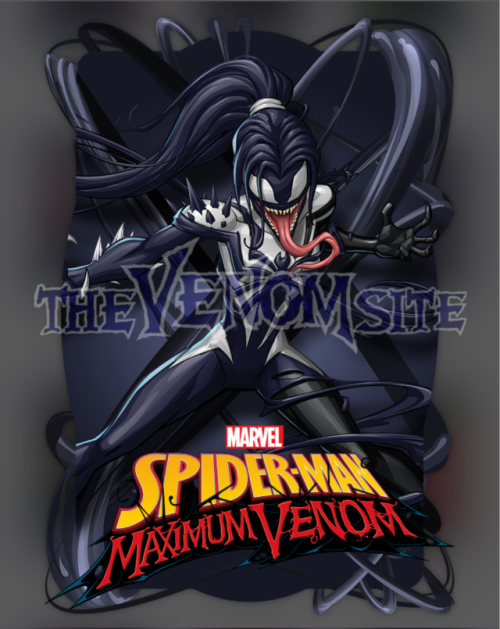 imma make a thread on twitter about anya, but i’ll post it here first so yall can correct me if i fuck up. lmk if u wanna participate, idk i feel like not enough people in mcu stan tw know about her

Happy first Day of May 2020, hope y'all aee doing well despite how the situation Is currently.

Nothing professional just for fun. Might put colors later. 🕷️🕸️ 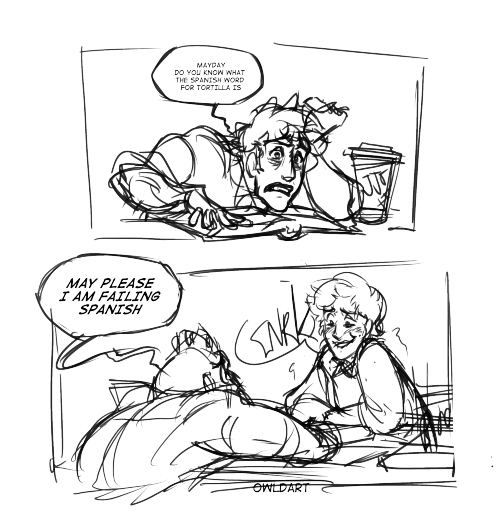 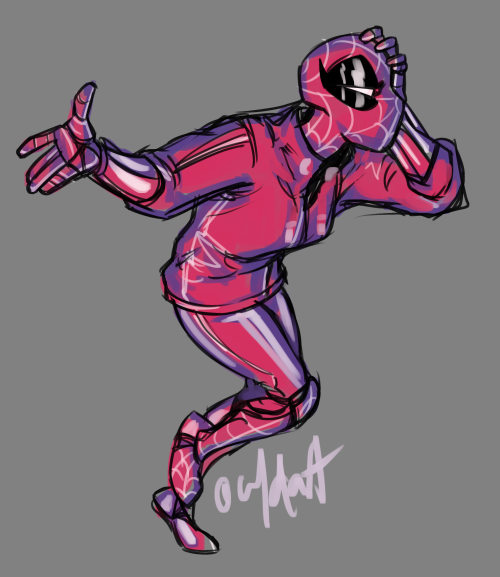 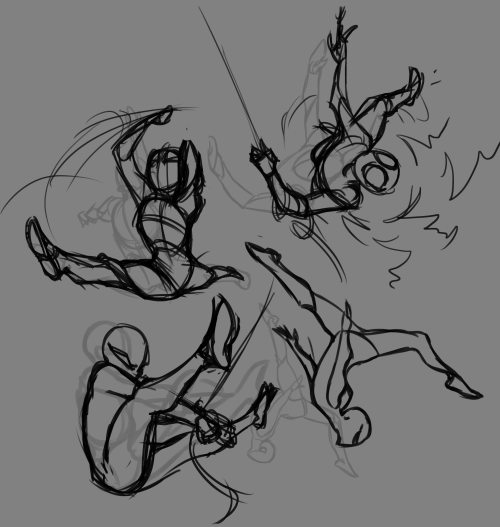 It’s amazing how a coloring error can make Anya look like a background character.

In A Day in The Life her lipstick is missing for a frame and in Horizon High Part Two about three frames. 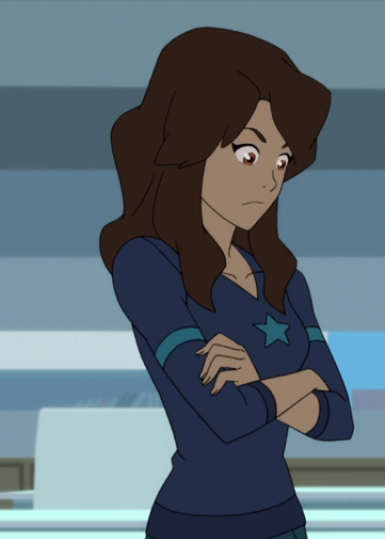 Arachne and Snail-Chan hanging out

Arachne-Chan has to slow down so that Snail-chan can keep up with her. But neither of them minds, since it leaves lots of time to talk 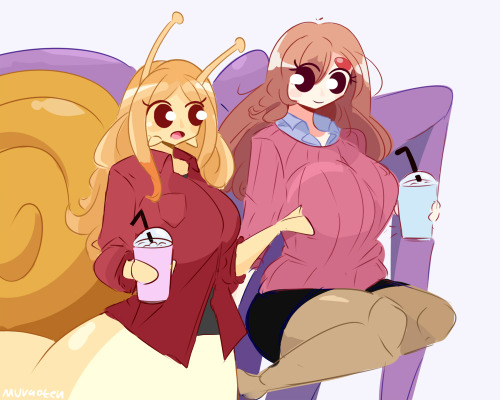 Recent commission for my pal, @toonforbrains on twitter for the main cast of a project he’s working on called “Bunny Kiss”! The characters are all really wholesome aAAAAAA THIS WAS SO FUN 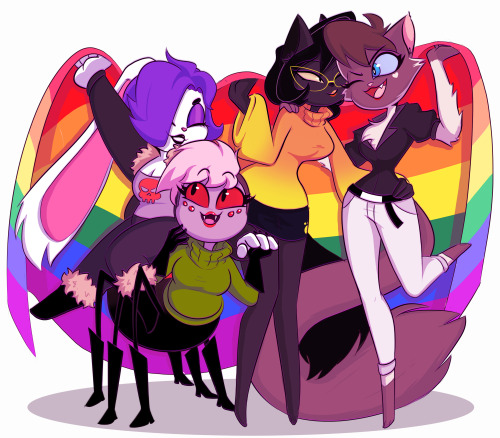 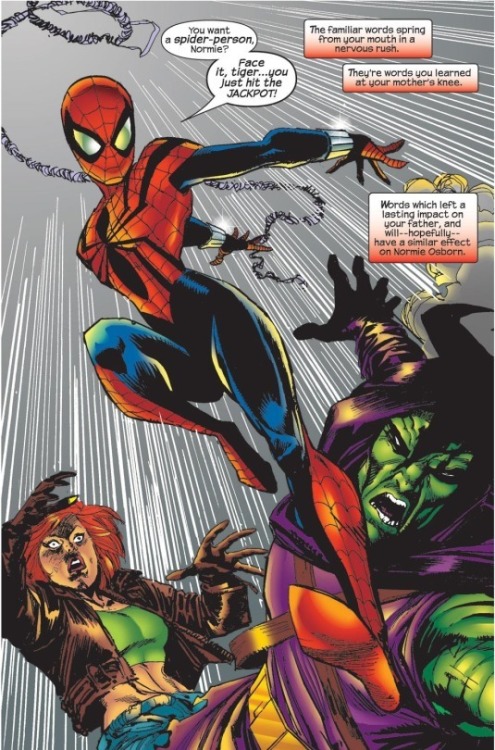 You fool! You’re now in range of my stand!

Slightly late for this year’s Easter but I wanted to do something regardless!

Pelargony’s first springtime comes as a surprise to her just like so many others, baffled as to why her eggs have suddenly turned so colourful. 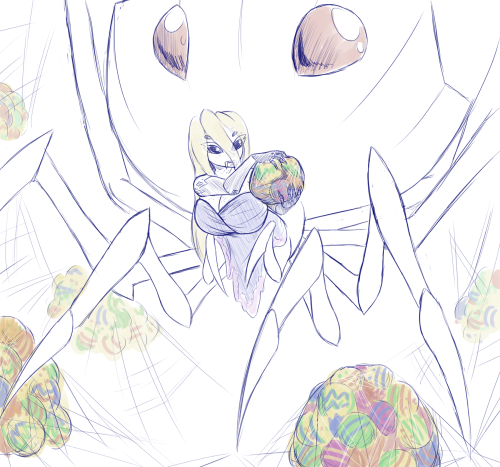 Yes! Finally they are done

Sorry these took as long as they did, but I hope you enjoy them regardless 😊

Arachne-Chan passes out after another caffeine drunk rant 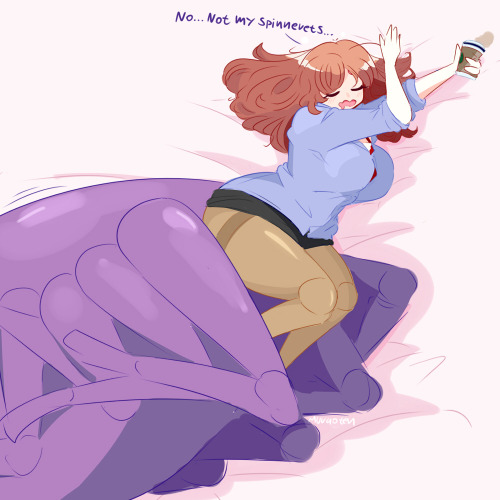