Zendaya Coleman when asked to describe herself in 1 word. 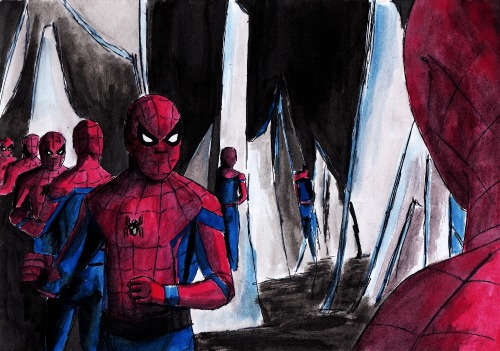 Mj: [recording videos with Peter and Ned] I have no intention of being friends

Mj: [playing video games with them] You’re all just stepping stones to my success

Mj: [baking a cake for Peter’s birthday] Friends are a distraction

Mj: [in a group hug] disgusting 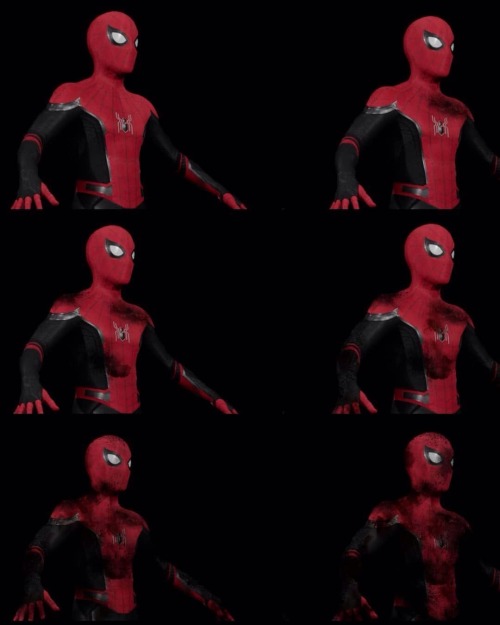 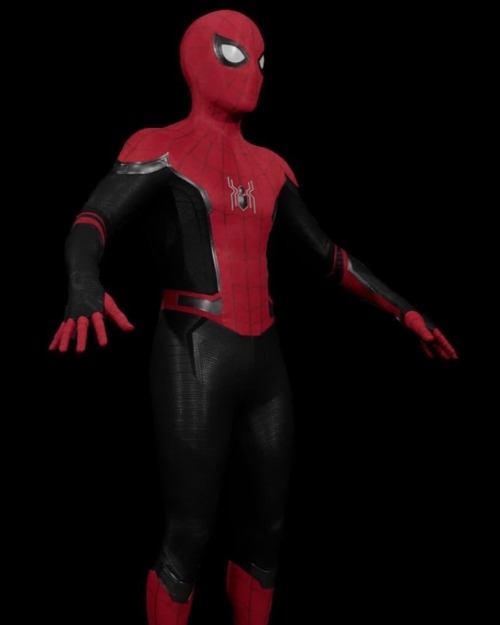 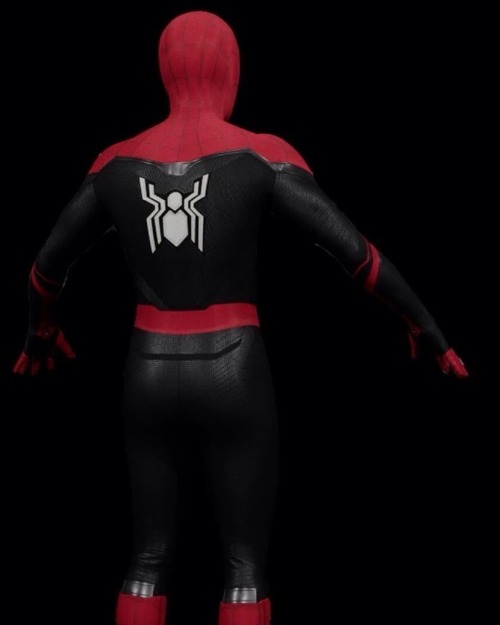 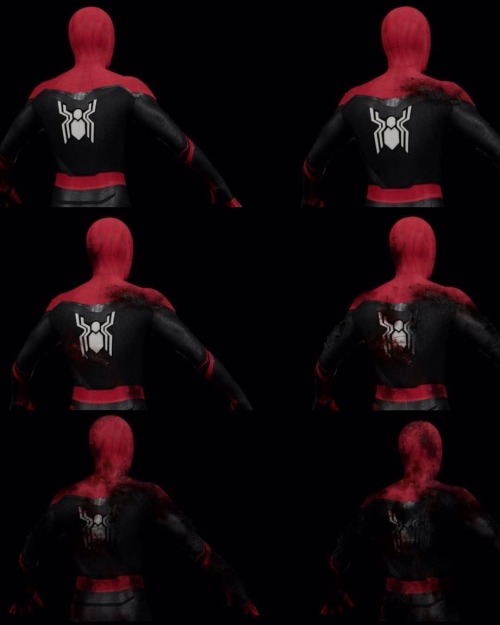 you look really pretty. therefore I have value?

The Marvel Gallery Line Makes its Debut at the Disney Store with Spider-Man! #SpiderMan

Fan response to the Marvel Gallery line of PVC Dioramas has been phenomenal, with customers loving the combination of detailed sculpting and paint with an affordable price. Now, Diamond Select Toys and ShopDIsney.com are teaming up for their first-ever exclusive Marvel Gallery sculpture, of Iron Spider from Spider-Man: Far From Home!

This approximately 1/8 scale sculpture depicts Spidey in his…

we had spider-man: homecoming

then we had spider-man: far from home

and now im proposing spider-man: leave doctor strange at home bc we are sick and tired of other mcu characters making their way into whats supposed to be spider-mans solo movies

It’s like the anti Aloha. I was born to say this word.

#zendaya, #zendayaedit, #michelle jones, #spideychelle, #marvel, #spider-man: far from home, #ffh, #spider-man, #og, #this was ssupposed to be like 10 gifs then 12 th, #then somehow ended with 20, #and yeah ive already seen some mistakes but i love this girl!!!!!
369 notes · See All
that90ssmshowPhoto

Reviewers complain that the Snap was turned into a joke in ffh but honestly making a crappy montage and complaining about school instead of taking the reversal of the literal apocalypse seriously is exactly what high schoolers would do.

Summary: A sick and feverish Peter wakes to Tony carrying him.

Link to read on AO3

Peter slowly rouses from his deep slumber when he feels himself being jostled around. He struggles to open his heavy eyes, but when he does, he finds that he’s being picked up from the couch.

Peter blinks sluggishly, his feverish brain being able to piece together that it’s Tony who’s carrying him. He must have fallen asleep sometime during the movie—he’s just so tired.

It’s only been three days since Peter has been at the cabin, spending the past two days puking his brains out due to a bad case of the flu. And it’s just his luck that he’d get sick on Thanksgiving break, already having enough on his plate with school and stressing out over studying for the SAT and ACT he’s scheduled to take in two weeks.

Not bothering to waste what little energy he has left to protest, Peter drops his head on Tony’s shoulder and closes his eyes once more. He’s barely awake by the time they reach the top of the stairs, only opening his eyes when he feels himself being lowered down to his bed in his room.

“There you go, kiddo,” Tony says gently, looking down at him with the softest expression Peter’s ever seen on his face. “Do you need anything?” He asks as he brings the blankets up to Peter’s chin.

“Of course,” Tony says with a smile, walking around the other side of the bed before settling down next to Peter, snaking an arm underneath him, pulling Peter closer to him.

Peter turns on his side and curls up against Tony’s side, laying his head on his mentor’s chest, soaking up the warmth coming off of him. Peter hums in content, earning an amused chuckle from Tony in response, feeling fingers start to card through his curls.

He’s out like a light not even a few moments later.

1. Wearing Moschino at the premiere of ‘The Greatest Showman’ 2017

9. Wearing Armani Privé at the premiere of 'Spider-Man: Far From Home’ 2019 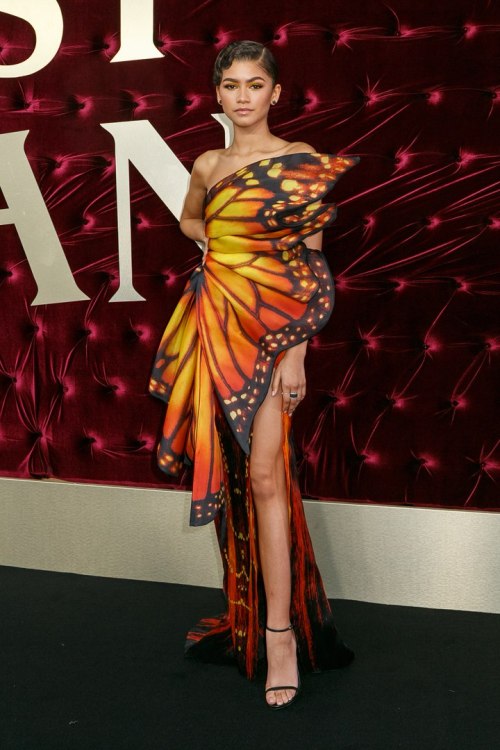 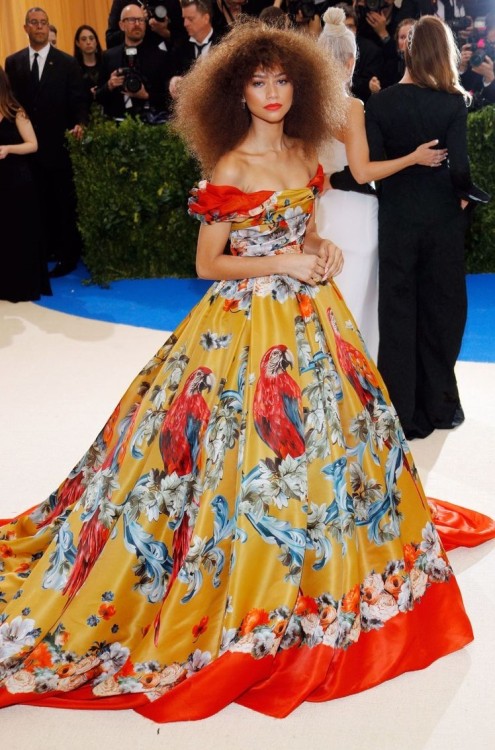 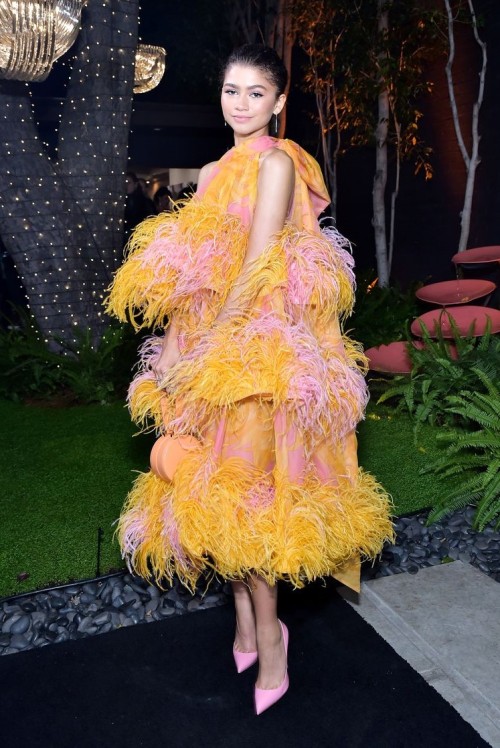 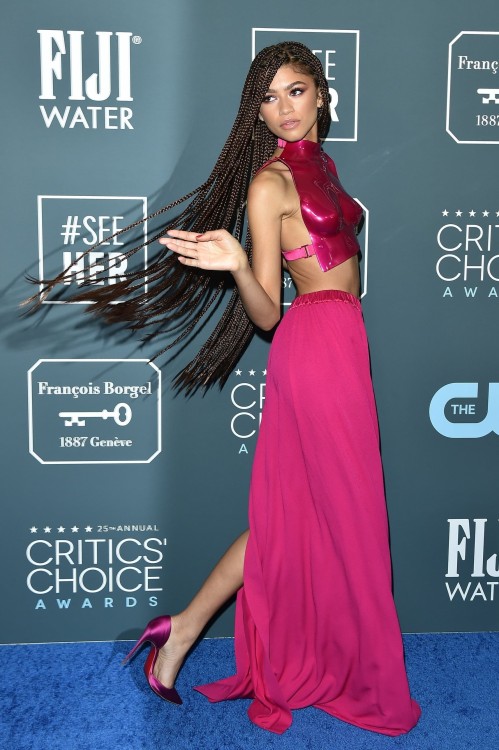 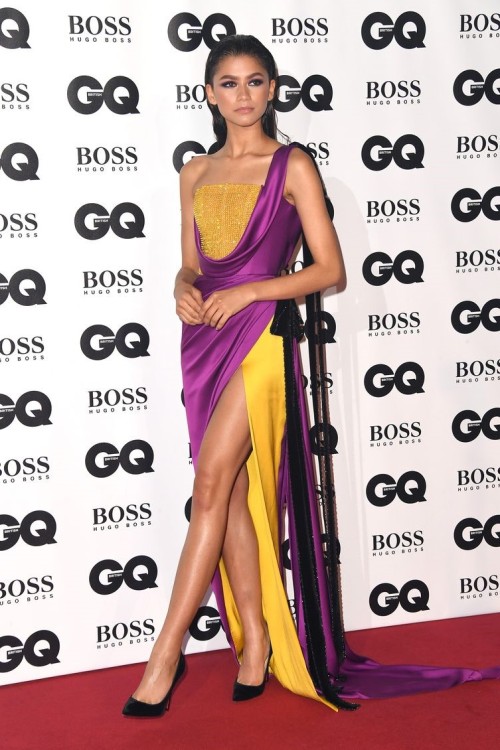 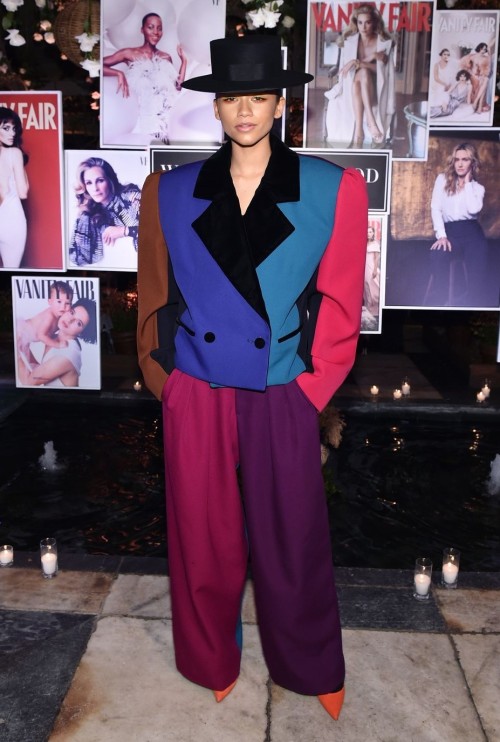 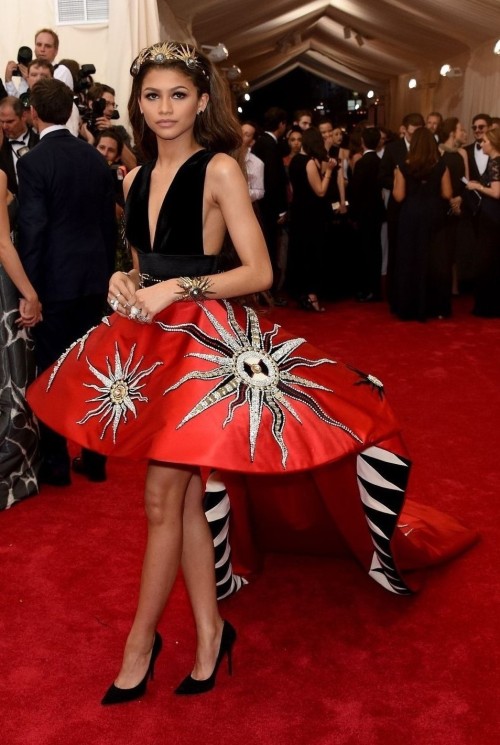 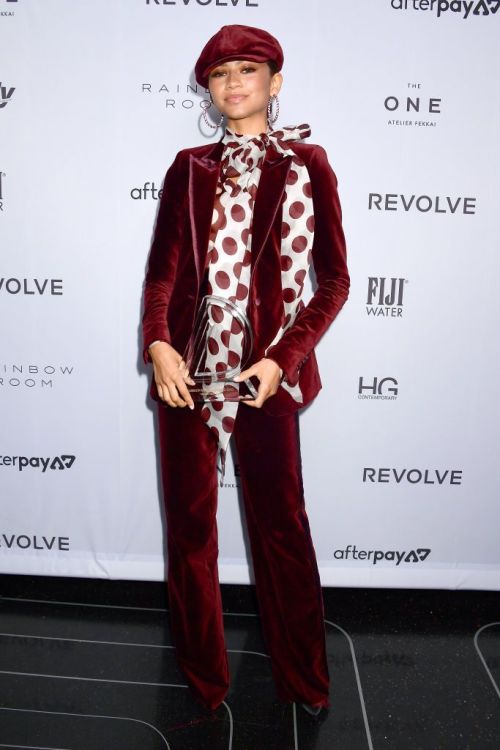 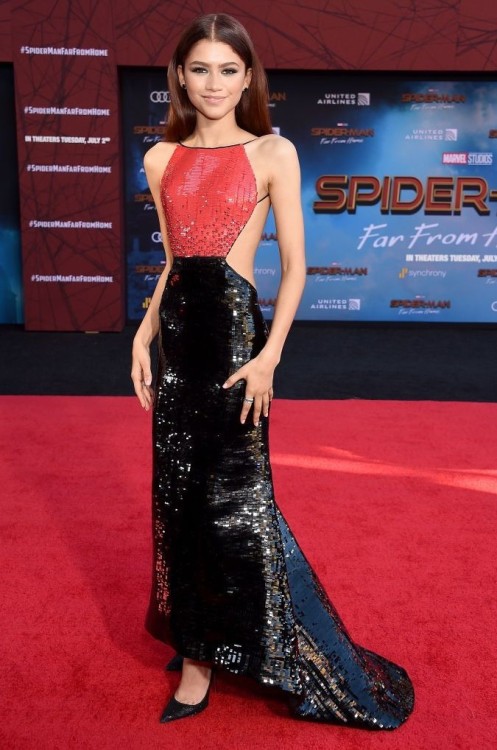 Halloween blurbs are the best blurbs. This is really short though so I apologize.

“NO WAY! You are not kissing me with clown makeup on.”

I smiled at Peter as I took in my work and watched as he smiled back and then immediately, afraid he’d ruin the work. I laughed as I set the face paint. “You’re all done, baby,” I said watching as he excitedly jumped up out of his chair and looked in the mirror. “Oh my god, it looks so good,” Peter said as he examined the make-up. “Thanks, princess,” Peter said with gratitude in the soft tone of voice he always used with me. “I’m glad you like it, Petey,” I said, turning to focus on my own make-up. I faced the mirror in front of me and began working on my own make-up. I smiled seeing Peter stand behind me and watch me work. “Can you teach me how to do that sometime?” he asked watching as I painted my face with the same blue I used on him moments earlier. “Triangles above your eyes?” I asked, causing him to laugh and take a seat on my bed. “No, make-up, you’re just so good at it, I wanna learn more about what makes my girl so happy,” Peter said calmly. I smiled and turned to face the handsome boy covered in blue. “I love you,” I said, causing him to give me a cheesy smile. “I love you, more,” Peter said as he got up and leaned down to give me a kiss. “NO WAY! You are not kissing me with clown makeup on.” I exclaimed causing Peter to let out a loud laugh and press a gentle kiss on my cheek anyway. I pulled a fake pout as I watched him gently wipe the little bit of blue off my cheek. “Worth it,” Peter said with a cheesy smile on his face.