the way that i fall more in love with him everyday

MILES AND HIS ADOPTIVE DADS

#i wanna rp spideypool so comment or dm if intrested, #i am 16 so, #yeah, #miles morales, #deadpool, #spiderman, #spideypool, #into the spider verse, #peter b parker, #wade wilson
0 notes · See All
hollandgirlText

Peter: And I have come to this conclusion.

spiderman: i propose a toast… to catch a criminal. *raises his can of soda*

daredevil: to catch a criminal!

Season of the witch:

It feels better biting down”

You giggled. On your knees on the filthy floor of the dingy bathroom of a dive bar, sinful, bee stung lips around his cock, you giggled. High, and joyfully and carefree. It was almost enough to make him forget all about the sting. Almost.

“Jeez, babe, you said just a little taste…” He withdrew from your mouth, helping you stand, “Got a little carried away, didn’t you?”

He didn’t wait for a reply, crashing his lips to yours, tasting himself on your tongue.

“Feels better biting down” You breathed out, as he released you to mark bruises down the column of your neck, your collarbone, your chest, tugging your strapless dress down.

“Is that so? Let’s see…” He bit down, hard, on the top of your breast, tearing a moan out of your throat.

“Fuck… you like it rough, don’t you, pretty girl?"

You nodded your head, unable to form words while his hand slid under your skirt, fingers searching between your folds.

"No underwear? Damn, baby, you’re a fucking dream” He attacked your mouth again, rough and insistent, but it was hard to kiss him back as he dug two fingers inside you, not giving you time to adjust before they were fucking in and out of you, thumb pressing against your clit just right. He knew what he was doing, a little too well, innocent baby face nothing but false advertising.

“Only because your cock is so big” You whimpered, “gonna feel like you’re splitting me in two"

It was a line, he knew it was a line, just like he knew you were faking your moans just a little bit, but it was working, it was doing the trick, his dick throbbing almost painfully, angry and nearly purple with all the blood accumulated there. He took his hand out and away from you, to close his fingers around himself, pumping once, twice, coating his cock on your juices.

"Get on the countertop, princess, and open those pretty legs for me"

You did as you were told, and he wasted no time in stepping between your legs, in sliding home in one hard, delicious stroke.

"Yes! knew you were gonna feel so good inside me…"

Tom cursed again, biting on the inside of his cheek to anchor himself, to stop himself from shutting his load too soon. He wasn’t always like that, in fact he wasn’t like that at all, and he didn’t mean just the kind of guy that didn’t last, no. Truth was he wasn’t the type to hook up with a stranger at a dirty bathroom bar, but there was just something about you… something he couldn’t quite put his finger on, that was exhilarating, freeing, that drove him wild. That made him think that maybe, just maybe, he could be that type of guy.

Once he felt back under control, he grabbed hold of your hips, thrusting as hard and fast as he could go with your, surprisingly strong legs, wrapped around him like a vice. Your lips on his skin as you buried your cries against his neck made him shudder, adrenaline spiking through his veins for some reason, heart galloping violently inside his chest. But he was too far gone, too lost in the pleasure your warmth was providing, to notice the signs, the red flags his body was trying to send to his brain.

All he knew was you. All that existed was the sweet rapture between your legs, the delectable pain of your nails under his shirt, tracing bloody welts down his back.

The sharp pang as your dry fangs punctured his carotid.

He didn’t know, he would never know, what possessed him to sink his blunt teeth on your bare shoulder as his orgasm exploded like a thousand napalms behind his eyelids, his human mind finally giving up, for good.

By the time his hips stopped, by the time he was done riding the pleasure and the pain of his natural life ending, he was something entirely new. Something dark and hungry and unhinged.

And he was ready to go again.

peter: to sacrifice my own life for pakistan!

It was a dreary October morning. At a crisp 56°F, the group of moody, barely awake teens were rubbing their hands together for some semblance of warmth as they made the trek from the bus to the water.

“We told you to be prepared for the weather,” Mrs. Devonshire said, her hands slotted comfortably in her fleece jacket.

“The weather app said it was going to be 70°!” Flash complained, hugging his arms close to his chest as he shivered in his t-shirt in jeans.

“Well how was I supposed to know that?” Flash grumbled, sinking into himself further.

Peter clenched his jaw to keep his teeth from chattering. Even in his three layers, gloves, scarf, and hat, the cool breeze that tickled his rosy cheeks was still unbearable.

“Did you know that there have been allegedly twenty-seven murders in this forest?”

Peter looked at MJ incredulously. “By the same person?”

She scoffed. “Of course not.”

Peter pondered on the information. “I… don’t know if that makes it better or worse.”

“Don’t worry. Most of the bodies were recovered.”

Peter’s eyebrows shot up. “Most?”

She grinned. “Keep walking, Parker. Maybe that’ll warm you up.” She sauntered past him with the air of unwavering certainty that she always exuded.

Peter, thankful for his new and improved lung capacity and cursing his still sensitive calves from the not-so-graceful landing he had the night before on patrol, gritted his teeth further as the sore muscles screamed for relief.

He nearly collapsed on the creekbank, plopping himself onto the ground. The freshly fallen leaves crunched beneath his weight.

Flash began to approach him. Peter held his breath, preparing for whatever unnecessary quip that would come out of Flash’s mouth.

“Hey, you okay? You have your inhaler, right?”

Peter waved his hand, looking to the other teen with a smile that was hopefully more reassuring than perplexed. “I’m fine.”

“We don’t want a repeat of the Hall of Science.”

“I’m never gonna live that one down, huh?” Peter ducked his head.

“When you pass out and fall down a flight of stairs and spill your water bottle all over the stairs on your way down and cause ten other people to tumble down with you, well, you’re never living that one down.”

“Take care of yourself. Don’t wanna embarrass yourself considering you’re already so embarrassing just being you!” And with that, he trotted off to his group.

With a series of long groans, Peter peeled himself off the forest floor and headed to join his group.

“So,” Betty said, “we need one person to go get the aquatic samples and three people to take forest samples.”

Amanda shook her head. “I can’t go in the water. Not in those waders. Who knows who has worn those?” She shuddered. “I’ll stick to picking up leaves and rocks. Here. On land.”

“You have to get four viles of the creek water, three bags of different vegetation, and three rocks.” She handed him the supplies. “You just keep everything in the big bag. Got it?”

“Got it.” Peter gave her a bright thumbs up.

The waders were unlike anything Peter had worn. The thick rubber made his usual agile self stumble back into his old, gangly self. He was at the height where they were still unfortunately too high for his legs, making his wide stance ever the more of a wobbly waddle.

He took careful steps into the water, getting slightly thrown off by the feeling of the water pressure surrounding him from the outside.

He found a rhythm quickly. He was good at adapting. He stuck to the creek floor, quite literally, his adhesive feet being able to keep him planted steadily.

Peter smiled softly to himself, enjoying the simple sounds of nature, tuning out the many different conversations of his peers to just surround himself with rustling leaves and whistling wind.

Peter perked up when he spotted a patch of black sedge. Plodding heavily through the water, he made his way to the other side.

But, when he stepped forward, sticking his foot once more, he was thrown completely off balance as a large rock adhered itself to his foot, lifting up from the creek floor.

Before he could catch himself, Peter went tumbling into the creek. 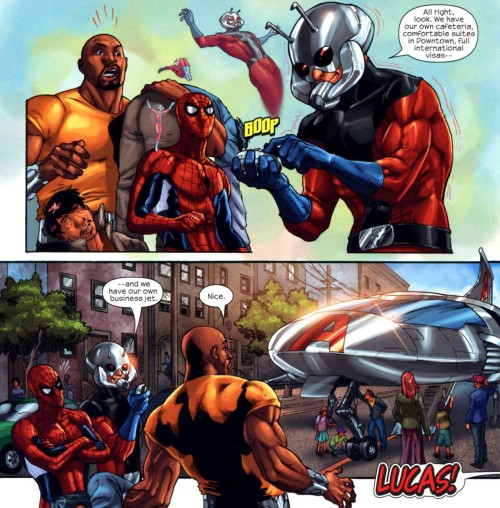 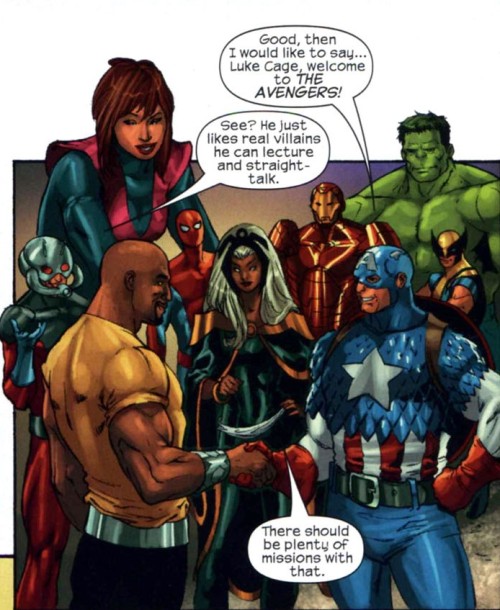 Tomdaya, TADIA whatever you ship we all know what’s the superior ship here……..

I actually didn’t know this! 🤯

POV:  you look out the window at 3am while living in mcu!ny 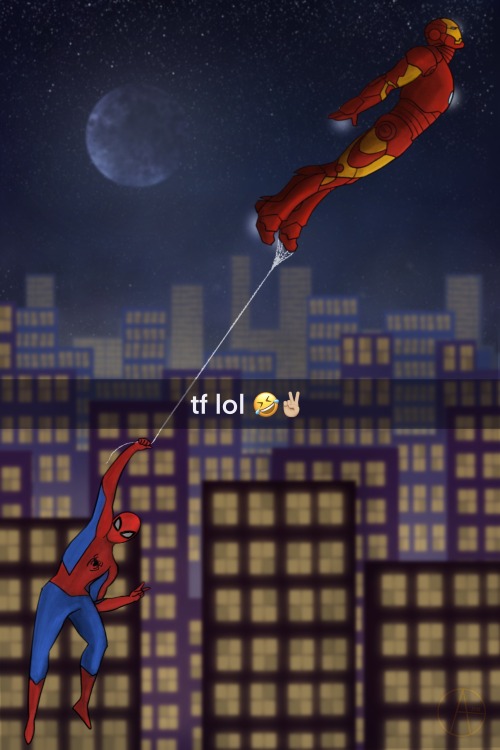 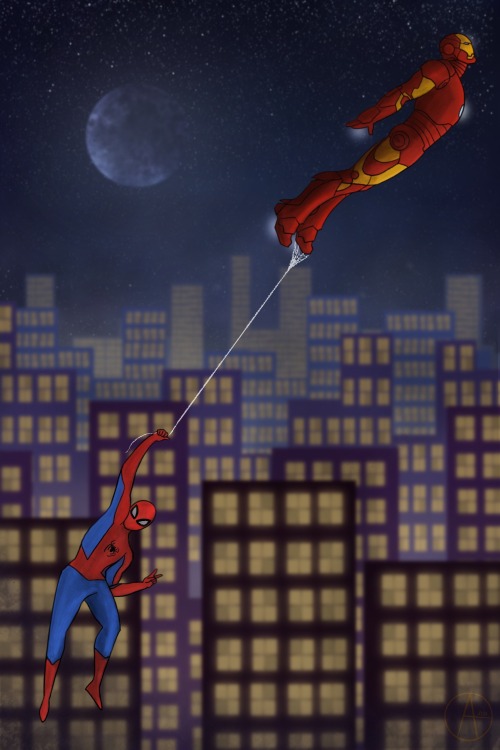 Y/N: “Is that why your calling yourself….Thanos?

From Latveria with Love art by Daniel Cox

The Spidey who loved me art by Marco D'Alfonso

tom confirmed that he landed in atlanta and spiderman3 started shooting!!! our boy peter is back!!!

#you have no idea... how much i missed him, #tom holland, #peter parker, #spiderman, #spiderman 3, #marvel, #mcu, #marvel cinematic universe, #spider man
27 notes · See All
Next Page