You and Tom have been up for at least fifteen minutes. Just laying there breathing in and enjoying each other’s presence. It wasn’t until three minutes ago that you decided to turn and face Tom so that you could look into his eyes. He still looked sleepy and dazed, but just as cute as ever. His hair was tousled and his face was tinted red.

With your eyes boring and focused into his, you didn’t notice that his lips had been puckered and he was slowly moving towards your face.

“I don’t know what that means Tommy.” You teased and sat up getting ready to leave the bed. “Guess you gotta use your words or something.”

Before you could leave, he pulled your arm back and wrapped his around your waist pulling you on top of him so you were straddling him.

“M’ pretty sure that y’know what the fuck I mean.”

He was pretty vulgar in the mornings. At night too. Well…and in the afternoons so pretty much always.

You buried your face into his neck and kissed him there. Then again on his collar bone and his hands went to your ass and squeezed there letting you know to lift your head up. You did and he puckered his lips once again. You kissed him there and he smiled contently.

His hands were still on your ass though.

“What are your plans for the day darling?”

You hummed and buried your face into his neck once again. It was warm there. While you thought his hands rubbed your body all the way up to your shoulders and then down to your ass and then back up again. His hands were pretty warm too.

“I’ll probably go get some coffee and food in like an hour.” You mumbled as you brought your hands up to his hair and started playing with it.There were a few tangles but you gently got them out. Tom loved when you played in his hair so you made sure to softly scratch his head a few times too. “After that I’ll go to the mall to pick out an outfit for skating this afternoon and then another for the party tonight.”

“What are you doing today babe?”

“Well…” He slipped his hands under your shirt so now he was rubbing your bare back. That felt even better - made you feel sleepy even. “I’ll probably get some coffee and food with the beautiful person on top of me.” You giggled and he squeezed your waist a bit. “Then I’ll go to the mall and buy us outfits for roller skating in the afternoon and then another for the party tonight.”

“Yeah of course. My day has been planned for weeks.” He replies sarcastically.

You were silent for a moment but still playing in his hair. You cherished these moments just for the simple reason that they didn’t come often. He was gone most of the time touring, filming, or busy with interviews so whenever you could spend time together alone, you always felt so happy.

His hands traveled to your sides and squeezed. He loved touching you. He loved the feel of you. Every single part of you. Every line, every curve, every crevice…he wanted to alway feel you. Next to him, beside him, on top of him, under him…he wanted to touch you. The only time his hands weren’t on you was practically never.

“I should shower.” you mumble.

“I’ll join you.” His hands were on your ass again, and you laugh. You knew where this would lead to but you were kind of on a time limit and if you didn’t leave the house soon, you’d be late for everything.

Thankfully, before you could answer Tessa jumped onto the bed and waited to be pet. You immediately jumped off of Tom and cuddled Tess.

“Watch your language around my baby Tom.” You said kissing the dog’s face. You loved her so much and she wouldn’t stop licking your face. The day you met her you were inseparable. At times Tom got jealous - either you were spending too much time with Tessa instead of him - or Tessa was spending too much time with you instead of him. Either way it was his loss but he was really happy the two of you got along.

Too well at times.

“Oh fuck off.” he mumbled unraveling himmself from the blankets and getting out of bed. “Your baby? A second ago I was your baby and here comes Tessa and now I don’t exist. That’s okay though I’ll remember that.”

You rolled your eyes at his whispering. You weren’t sure if it was intentional that you could hear him but it was still funny.

“Tom you’re being a bit dramatic don’t you think?“

“Sure. Whatever you say.” He really couldn’t pretend to be irritated with you any longer - he loved seeing you with Tessa. He walked over to the other side of the bed to love on her too.

He cooed at her and your heart swelled. You loved seeing how good he was with her. It made you think about what he’d be like with kids one day…but neither of you were ready for that just yet.

After a moment or two you left and went to the kitchen to fill Tessa’s water and food bowls. A second later, Tessa came running in ready to eat. Tom followed shortly after and began making himself a cup of tea.

He looked over to Tessa eating and you getting ready for the day, and he liked what he saw. He wouldn’t want to change anything about his life. You were his favorite person and nothing could change that. You were the one he wanted to say goodmorning and goodnight to everyday. He thought about the things he took for granted sometimes like privacy and security but he just knew that you were never ever something he’d take for granted. You’d be something he’d cherish and love…forever.

comment or send an ask if you want to be added to my taglist.

my asks are open so you can send requests too. 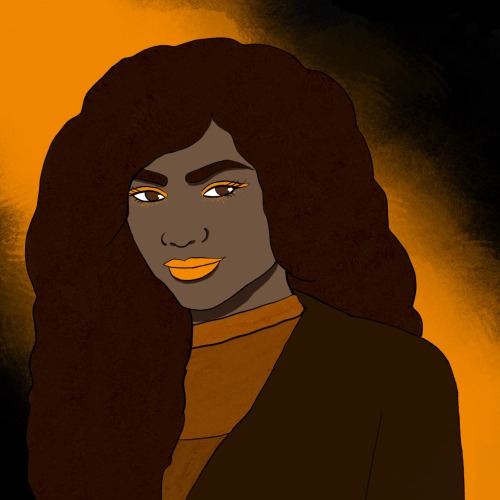 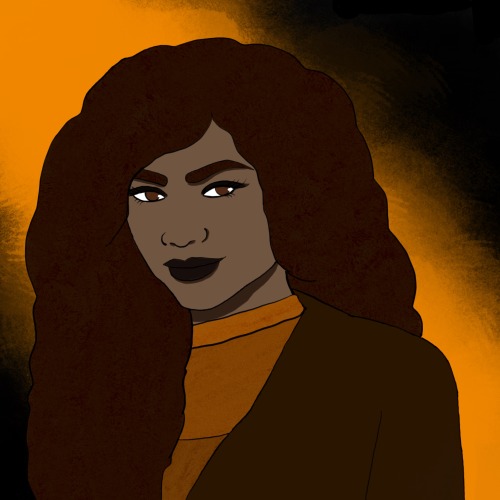 “The last time I was here you went from being my creative writing teacher to my uncle’s girlfriend. And then I find out during these last five years that I wasn’t here, that you two got married and had a kid as well. I mean, what else happened?” Grace asked in a lighthearted way but there was also a bit of sadness slipping through her tone.

“Sometime along the way I became a vegetarian.” Callie sheepishly added not wanting to further upset the teen. She felt relief when she saw the look of amusement on Grace’s face.

Princess Y/N is dreading her looming arranged marriage to a wicked nobleman when she makes an unlikely friend in castle craftsman Peter Parker. Will they be able to become close despite their differences in status?

The quiet of your room is slowly slipping away. You can hear footsteps growing louder outside of your door, and the distant din of conversation is making its way through the stone halls to reach you. You breathe out quietly, embracing the silence for as long as you can before the knock sounds on your door.

Your best friend and lady-in-waiting, Elizabeth, walks in and shuts the door quietly behind her. “Are you ready?” You turn back to the mirror, finally taking in the sight of the girl reflected back at you. Her gown is intricately beaded, flowing to the ground. A small golden crown glints out from her hair. She looks powerful, and yet still so lonely.

Princess Y/N is dreading her looming arranged marriage to a wicked nobleman when she makes an unlikely friend in castle craftsman Peter Parker. Will they be able to become close despite their differences in status?

Okay I’ve noticed something in the Tom Holland fandom for awhile now and I’m finally gonna voice my opinion.

How are you all so comfortable receiving “Peter” or “Tom” or “Spidey” anons and flirting with them/entertaining their fantasy? Like a lot of you that receive these anons are older teenagers or in your 20s and I’m sorry but I can’t imagine anybody older than 15 sending those messages …

Like do you guys realize you’re all 16-20+ probably flirting with 15 year olds and younger who are role playing as grown men? Like am I insane for finding this creepy?

Also another thing that’s weird to me is if you’re a minor writing smut find a way to disclose that because I know a lot of adults that find it creepy to read smut by minors.

Also if you’re an adult don’t send “smutty” asks to minors! If you aren’t aware of their age just don’t send anything.

This fandom needs boundaries. I’ve been here since 2017 and I’ve only seen this fandom get more and more careless.

Peter: Guys… I wore my mask in the shower again…

Peter: Have you guys done your daily sacrifice for the day??

MJ: “daily sacrifice for the day”

MJ: That’s not what I mean.

MJ: Isn’t that the definition of daily tho.

Ok so perhaps I missed Day 22 of the spideychelle recathon, what can I say, it’s been a busy time alright? @spideychelleweek rlly do be feeding the entire fandom with this event so thanks once again 💕

I LIVE FOR SPIDEYCHELLE ART I HAVE BEEN WAITING FOR THIS DAY TO COME ROUND all your art makes me squeal these two are too friggin cute!

All I will say is that I have curated a spideychelle art tag on my blog in preparation for this day, please peruse it at your leisure! In it you will find works from talents such as @spidey-art (loml), @galaxyspeaking (😍😭), @machiavelien, @vicious-xuan, @azeher, @staryabos (who is sadly deactivated but I have tagged all their work so click the link to see!), @shesellsseagulls (also deactivated, but also click the link! Note there is a fair bit of irondad spiderson to see there too 🥰), @joleanart (who was my phone lockscreen for ages 💖), @doofusface (who was also my phone lockscreen!), and many many more!!

Edit: I realise the links aren’t working on tumblr mobile and I am officially mad 😑 no clue how to fix them but in the meantime you can find your way there by just popping onto my blog and searching for the spideychelle art tag 🤷‍♀️ thank you tumblr!

Flash: Where. are. you. getting. your. juice?

Peter: My Aunt does all the the Grocery shopping

OK so maybe I’m late to day 20 of the spideychelle recathon pls forgive me timezones are hard ok? Thank you @spideychelleweek for making us all shamelessly rec ourselves!! Take pride in your work people 💖

Hey y’all, I’m Stella and in 2017 Spiderman Homecoming ruined my life, so of course I made this blog to cope 😇

I have made a few spideychelle moodboards, a teeny tiny bit of art (with more to come), and I have had various fanfic ideas in my head for ages (that I may even write now that uni is wrapping up!)

@seek-rest look what I found ✌👀