#spiderman, #spiderman into the spiderverse
2 notes · See All
ktecastellanText

I fixed my meme

Got bored on this fine quarantined evening, made some fake Spider-Man (Spider-Men?) tweets

(Credit to whoever’s images I used for profile pics)

y’all i’ve been doodling a lot lately so have a w.i.p of my spidersona from Into The Spiderverse

also ok i’m legit so late with the spidersona trend tbh because that movie came out like … 2 years ago?? smh i’m always so late to stuff like this

Peter B: I’ll have a beer and he’ll have a Capri Sun

Miles: I can order my own Capri Sun

mcu peter parker if he was in the spiderverse~ (I don’t own any of these gifs or photos)

70. The Three Musketeers (Mickey Mouse) [don’t judge me for this one please]

Fuk u I’m writing for Miles Morales n nobody can fckun stop me fuck u guys he deserves more love.

yall ever just love a character so much? Like guys I am just-holy fuck

He claims his eyes are brown. You have to disagree.

His eyes are not brown, well they are but they aren’t just brown.

They’re honey in the morning sun, easy to look at and so, so soft. They’re home, they’re the comfort you feel when you smell firewood burning from a chimney. They steal you away from the world, giving you a strange sense of comfort until the blue hour is over and the day begins.

They are cinnamon when it rains, gray clouds hitting them at just the right angle where it keeps you awake and leaves a sweetened taste in your mouth. Where it excites you and you realize they you could breathe him in till the day you’re buried with the saplings of future oaks.

And they are a force of nature, rugged like the ground below when he’s angry. When he is a state of protection where you are all that matters to him, where keeping your heart beating is all that he cares about. They blow you away, sending you to your knees as you see beyond just eyes and see the man he really is.

You could see the streets from his window, the livelihood of millions but that isn’t what brought your heart to your throat, no. His eyes, simple, just waking up with the rising sun. A small hint of innocence in them before he goes out and faces the world.

“It’s Saturday.” He mumbles in your ear, breath warm enough to send a small shiver down your spine and you smile. Of course he’d tell you it was Saturday.

“We get to be lazzzyyy….” he sings out, voice still tired as arms cage you in, to hell with the key. Your giggle is drawn out with exhaustion from the previous week, tiny kisses waking up your skin inch by inch.

“Yeah we do…no classes, no homework,” you finish off, scratching lightly at his cheek as he peppers below your jaw. How sweet of him. It sends your heart racing.

He looks at you again with those eyes, sending you to an whole new universe, admiration tearing through you like a bullet, releasing a hoard of butterflies and flowers in it’s trail, every inch losing it’s feeling as it’s replaced with a sensation so raw, it’s overwhelming. Your heart races, maxing out beats per minute. Pushed forward by your own impulse, lips smacking violently.

That’s the thing with you, you were a violent lover. Tearing the rules in half, damning control to hell beneath you. You seize what you could reach, claiming it with a cry in the midst of battle. Damn being the victor, You were the war.

Whatever you loved, you made it known. You made it so obvious, it was like seeing red in the sky that split in two, releasing the cries of heaven. You loved with a vicious heart, every declaration a battle cry.

“Your eyes…they’re so pretty, how are they so pretty??” You’re breathless, face in your palms but you could be holding the world. He watches as your pupils are blown, watching them taking in every speak of his irises.

“I dunno,” he chuckles, another thing that sends your toes curling, “They’re just brown.”

You shake your head, mumbling incoherencies as you reach down to capture a taste once more, lips growing rougher before you part, whispering into his breath,

Monochrome king of my heart eyyyyyyy

@smokeyloki I haven’t drawn him in a HOT minute

Peter B. Parker: ok Miles you want to know how to be a hero right?

Peter B. Parker: ok! Then there are two points you need to know:

Peter B. Parker: oh and D, use baby powder to avoid chafing.

I found something heartbreaking in that spiderverse whiteboard phil lord posted about on twitter:

So I guess the scene where peter and miles are alone trying to end the collider was supposed to have different dialouge.

(Peter: You’re not ready yet. I don’t want to leave you. There’s things I can teach you.

And Miles says something that proves he’s ready

Miles: No I’m not

(This is a reference to this deleted scene: https://youtu.be/pfHw44LifhQ)

And miles ends the convo by saying “call your wife!”

The fight ends the same with miles using the shoulder touch to zap kingpin away. But then there’s this note at the bottom the writers added. (It’s a convo between peter and miles i guess?)

Miles: This will make you a better man- call your wife

Peter: Not like i have anything to go back for. I would just F it up anyways. I know how to sacrifice- its the one thing I’m good at.)

Its interesting that Peter B was way more depressed than in the finished product. He’s just so tired and he doesn’t want to go back home bc he’s scared of messing it all up again. He’d rather die than deal with that. #spiderman, #spiderman into the spiderverse
2 notes · See All
rissa-postsText

jake johnson sweetie this is so cute I’m—

#jake johnson, #hes out there tryna us his time productively to make kids days im, #spiderman, #peter b parker, #spiderman into the spiderverse
64K notes · See All
lemiuruPhoto 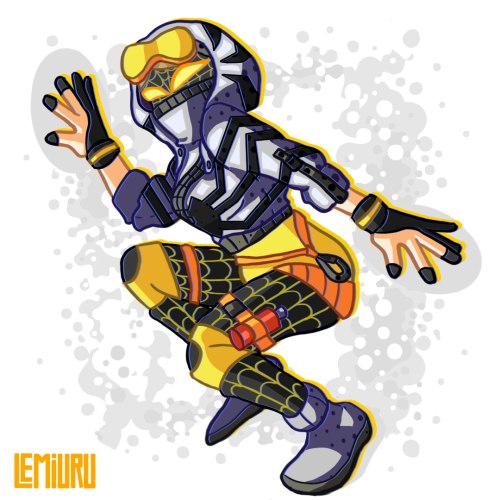