“Are you seriously choosing the life of some long-term booty call you had a crush on in high school over the lives of your best friends, colleagues, and family when you had none, PLUS your career and everything you’ve worked for your entire life…?

I thought you were better than that”

“Oh, yeah? I could pick anyone, and they’d make out with you within 5 minutes?”

Michelle is just about ready to head home for the night so she decides not to indulge in this conversation anymore.

This is what makes it so confusing when the next words out of her mouth are, “Try me.” 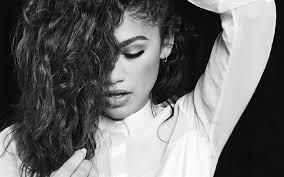 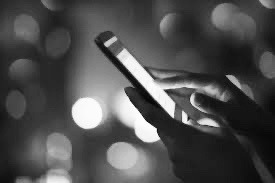 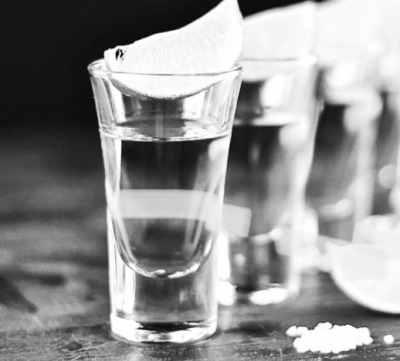 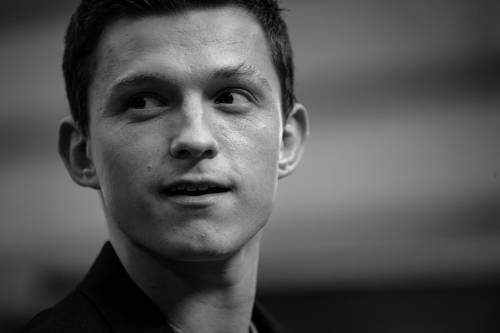 #Am i procrastinating writing, #yes, #Spideychelle, #spideychelle fic, #this is a writing tag, #michelle jones, #peter parker, #Petermj, #Peter/michelle, #peter x michelle, #everyone is making mood boards and I am impressionable
35 notes · See All
seek-restText

All Love Ever Does (is Break and Burn in the End)

Michelle tapped her fingers against her phone, debating with herself.

After last month’s awful date with some guy who went by Flash, Michelle was tired of Betty’s interventions.

But Betty had been insistent, promising that if she just went on one more date with a guy she knew back in high school that she would finally leave Michelle alone.

Michelle didn’t have time for dating but reminded herself that this would be the last time she’d have to do this, straightening her shoulders and walking through the front door.

Warnings: angst, mentions of a breakup

A/n: This was beta read by my boyfriend, so thanks to him :) I don’t usually write angst so let me know what I can do to improve.

Ever since you got back from Europe, your relationship with Peter had changed drastically. Your late night Delmar’s runs didn’t happen anymore, there were no more movie nights, and Peter didn’t sit with you at lunch anymore. You never felt more alone. On the way to Europe you were excited for what the trip could have been, but it was probably one of the worst experiences of your life. First, Peter mentioned his several step plan into winning over MJ. You loved MJ. She was one of your best friends. You couldn’t help but feel annoyed that Peter’s sudden infatuation with MJ came out of nowhere.

Second, Peter brought you along into the plan. It felt like he was only using you to help win over your friend. You felt used. You didn’t want to help Peter, but you wouldn’t tell him that. Peter was your best friend and he did so much for you that you felt like you owed him. 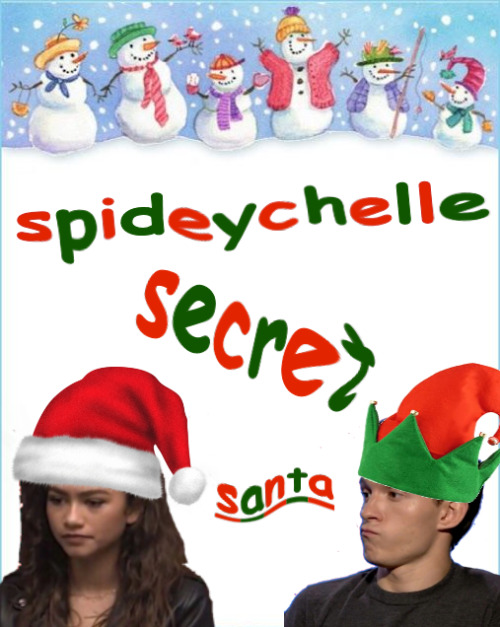 Spideychelle Week for the past two years has collected a lot of wonderful fanart and fanfiction, but fanwork from other mediums are severely lacking and I think a part of that is because the prompts are more oriented to serve those mediums which means that gif makers or vidders don’t really participate. So, I’m looking for feedback to help improve the event and I have a couple of questions.

Also, how big is the Spideychelle community on Twitter? I’m thinking of setting up an account there to help create more buzz for next year.

Thanks for the prompt, dude!

Michelle doesn’t go home because there’s nothing interesting to go home to. Griping parents, or maybe sleeping parents, and the inevitability of there being nothing good on TV, everything determinedly uncompelling enough to counter the secret pleasure she gets from sitting on the floor in the dark, too close to the screen with the volume on low. She’s fifteen. She’s ready for her simple pleasures to be a little less simple.

Anyway, it’s nice here now. She sits on the kitchen counter, both knees up and legs crossed at the ankles, to feel the air coming through the window screen. It’s not quite cool, but it’s a breeze and therefore better than the sticky stillness of the large house. Why does anyone like the weather in mid-August?

some invisible string (tying you to me)

Michelle snaps her head up, confused for a moment since she hadn’t given the barista her old nickname only for her eyes to widen when she sees who it is.

Spideychelle in SPIDER-MAN: FAR FROM HOME (2019) Based on this one quip in Homecoming, I present a non-Zutara fic, if anyone’s interested:

“Pete, look, you’re sixteen, you gotta get back to normal life. You’ve earned it. You saved the world!” Dr. Banner insists. “Go do something with this summer. Tony…Tony would want that.”

“Yeah, I just don’t wanna know what he’d say about me going to band camp,” Peter protests. And, it’s, he means, it’s not like he doesn’t want to go; it was really fun when he was a freshman and the summer before sophomore year. But somehow, crashing a set of the school’s cymbals around in time seems kinda silly after meeting a metric heck-ton of aliens, flying around on that lady’s winged horse, and going to a literal ‘nother planet.

Except this one time, at band camp, it did kinda turn into a mission.

LINK: How to Win Friends, Crash Cymbals, and Fail at Asking Her Out

Person A: and sometimes bynynys

Person B: it’s 4 in the morning GO TO SLEEP

i don’t know exactly how to express how excited I am for the next chapter of ex on the beach, but guys………… oh my god–

I drew The Red Spiders Au Ned, MJ and Peter because I still love my Au, and I have so many cool ideas for it (including little fangs for our spider boy). It’s just too bad I get sidetracked with other ideas, lmao.

MJ and Ned wanted to throw Peter a surprise party while he was out on patrol with whatever money they had.

Combined, it wasn’t enough to throw an extravagant party like they had hoped, but it was just enough to blow up a few balloons, have confetti rain from the ceiling and put up a few decorations. The cake was store-bought, since they knew they wouldn’t have enough time to bake one before Peter got back, but the messy icing and lonely little candle was all them (they did their best, okay?).

When Peter arrives home, he’s floored to see his hastily-put-together party and his two best friends waiting for him to blow out his candle. He doesn’t even wait to change out of his suit before he’s dividing the too-small-cake between him and his friends.

Ever since his uncle died, Peter didn’t really have much of a birthday for the years after, so he was definitely surprised to see what his little team did for him.

Finally decided to show you guys a little WIP of one of my multi-chapter fics instead of the ST Au one one, lol. This one is from the Spideychelle Week Day 5 fic, Caught in Arachne’s Web!

Michelle stared, wide-eyed at the sight that beheld her in the form of her awkward dork of a roommate.

His skin was bright pink, which made him look like he had been out in the sun for too long. He uncomfortably rubbed the back of his neck with one hand, the other cautiously gripping the towel around his waist, which was the only thing he had covering himself at the moment.

“Why the hell are you standing in here naked?!” Michelle hissed, unable to tear her eyes away from the six-pack he expertly hid from everyone underneath baggy hoodies and nerdy t-shirts.

Peter smiled nervously, shuffling his bare feet against the carpet, his puppy-dog eyes glancing at the Peter-sized husk of dead skin on the floor. “I think I just…shed my skin?”

I was going to make a joke about the FWB fic not being the only thing that’s coming, but I’m better than that… I’m an actual trash panda

Just to be a further tease, have another glimpse!

“So I think you definitely gave it a chance,” she says breathlessly, “What’s the verdict?”

“I’m trying to decide,” he replies slowly, licking his lips, “Should I fuck you here, or in the bedroom?”

Michelle thinks she might pass out with the wave of arousal that slams into her.

Peter groans, grasping her thighs as she grinds her hips against him. “I’ve changed my mind. This is a terrible idea. I’m never gonna recover from that.”

#i was actually close to chickening out, #but ive made a promise and i fully intend to keep it, #its actually ready but once again im making a moodboard because i am what?, #yes good call and response. i am indeed an actual trash panda, #my fics, #spideychelle, #asks
12 notes · See All
rejectofsocietyPhoto

At about 2am I had this idea to draw Peter and MJ as a rabbit and magician. 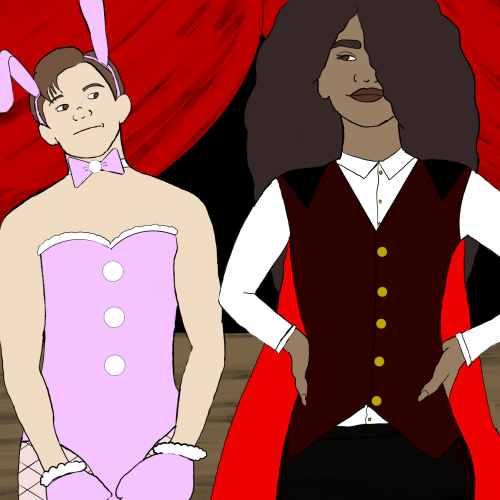 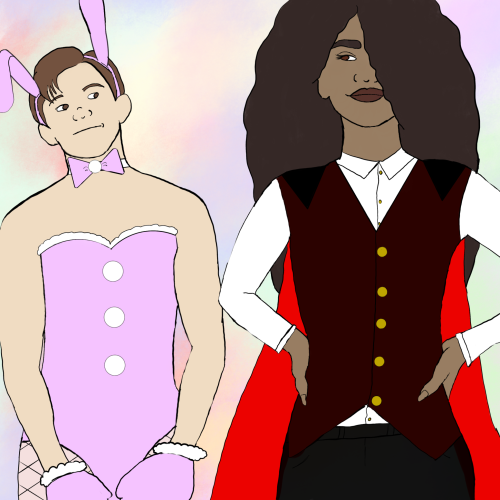 Ready?? But MJ is! From next chapter of Horizontal Bodies:

MJ lets her bra strap slip down her shoulder, to sweeten the odds in her favor. “Peter, I’m ready.”

His thumbs still, fingers still pressed into the flesh of her thighs. “Are you sure? Don’t you want your first time to be more romantic than eating bagels in bed?”

She thinks of all the times she’s wanted to pull Peter into a closet or stairwell, and all the nights she’s touched herself while imagining what it’d be like with him.