I have had nightmares every day

Leading up to now

Nightmares that I would be late

I would have missed it completely

I wonder now, if you thought of me

In your darkest times

I think of you often

I think of you often, but just not enough

When life gets in the way

Pushing back those thoughts

Before they can turn to words

Before they can turn into

Neat and even - late nights with books to the nose, glasses folded away, perfectionism, carefully ironed clothes, more stationary than sense, polished shoes, huge home library filled with things they plan to read but never will

Messy and rushed - cramming all night, piled up coffee cups and crushed energy drink cans, a sense of importance, impulsive decisions paired with lazy laughter, a walking contradiction, always up to talk when needed

Indecipherable - rubbed eyes and chipped nails, assignments handed in with seconds to spare, master of procrastination, unmade sheets, the kind of person who puts ‘nrs’ on their snapchat story but reply immediately

You do give two fucks

But still shit up rain

And life is a bitch

For all dickheads to see

Comebacks I’m not particularly proud of- 1

This situation is harrowing, just like an evening with you.

What went down? Just my opinion of you.

You’re at the door, all I want to say is shoo.

To men who call me hormonal:

You sound angry, calm down and take a tissue.

If you truly believe that, you’d be protesting too.

The Kings of Sorhenn and Palissé, Otmark and Frende respectively, met for the first time in their older years, when they sat to negotiate the release of the Fairy. Frende personally carried the Fairy in an orb that had been commissioned unto the Chief Orbfastener, Laverfoir. The refracted glass made the Fairy’s eyes look uncommonly large.

Otmark’s eyes looked almost as large when he desperately ogled at the orb. His hands grew fidgety, and his aide Hemdella had to calm him by his shoulders. Seats were prepared at the table, and retinues took up most of the seats. Then they rose again, but only for their respective kings.

“Ransom. And out with it,” Otmark croaked.

“This won’t do,” Frende smiled a smile akin to a snake’s visage. “We have to first go over the history of this fairy, and its capture, and its subsequent imprisonment, and…”

“How much? You’re wasting my time, Frende.” The use of the plain name, without any honorifics or royal niceties, made Frende’s retinue somewhat taken aback and even irate.

“Your Majesty, I trust you will understand the sheer generosity we are exhibiting by bringing the Fairy to the bargaining table. Indeed, if you impress upon me such an importance, which you are not currently engaged in, mind you, then…”

Otmark banged the table, and immediately started coughing and wheezing. Hemdella touched him again and only let go her hand when Otmark had stopped coughing.

“The Fairy is our property,” Otmark said. “There is no other stake here. You have stolen her, and now you will state your ransom.”

Frende shook his head slowly and turned to the Fairy, as if she were a co-conspirator of his. “And you?” he asked. “Do you agree with this assessment on the part of His Majesty the king of Sorhenn?”

The Fairy’s grand big eyes rolled on the surface of the orb, from one direction, to another. A member of Frende’s retinue immediately placed his ear to the orb, with little care or grace.

“I do believe she says she wishes to stay in our land of Palissé, Your Majesty,” the man said. He nodded quietly to himself as he drew away from the orb.

“This is nonsense!” Otmark slammed the table again and struggled to stand up. “You are playing us for fools. Like you always do!”

Frende shook his head again, smiling at his enraged counterpart. “One of your retinue is free to inspect the Fairy, if you so wish, Your Majesty.”

Otmark turned to Hemdella without delay, and she nodded at him before striding to the orb. Frende’s retinue gave her no trouble, and Frende himself slid the orb towards the edge of the table.

“By all means, ask and listen,” Frende said.

Hemdella cleared her throat. “Fairy of Sorhenn fair, do you agree that your home lies in the Sorhenn air?”

There were a few groans from Frende’s retinue. Hemdella ignored these and placed her ear to the orb. Her expression changed as she listened, growing troubled as time passed.

Hemdella’s closed her eyes and shuddered, ear still on the orb, and then she stood up straight and straightened her dress. “The Fairy has agreed to come with us to Sorhenn. She seeks the Sorhenn air.”

Otmark stood up and grunted, which his retinue took as a sign to pick up the orb and leave.

“You know, when all is said, and all is done, you are not as awful a lout as I’d expected,” Otmark said.

“The pleasure is most sincerely mine,” Frende replied.

Otmark and his retinue left, and just before it did, the woman who looked like Hemdella looked back and smiled at Frende. “Until another time,” she said.

The real Hemdella, of course, could not be heard unless you put an ear to the orb. 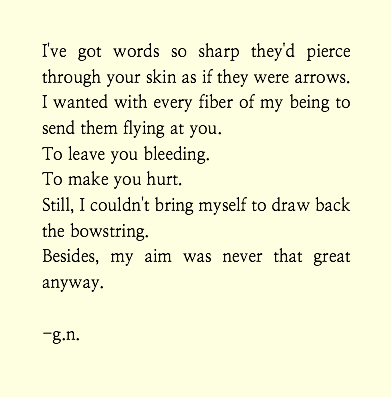 It was hot. It was humid. I felt heat cover every inch of skin I have, both exposed and unexposed. Heat latching on like glove to a hand with the only evidence seen were the drops of sweat trickling down the ground. It was sweltering. Yet I was shaking. Shaking as if enveloped in the icy wind that cold night. Rain trickling down my drenched body. Dropping. Dripping. Hard on the ground. As I shivered.

I haven’t posted in a while…

who are loved by the moon,

held up by the sky,

and hidden from harm by the sun.

For only a moment

I feel cared for

by the whole universe

that once cherished the stars

that I now sip

so carelessly from my glass.

-Amelia J. Wilson // I May Have Been Drinking

Hello darling! Thanks for writing in!

A bunch of carrots usually equals out to about four-six large ones. The organic bunches usually have 1-3 smaller carrots as well, and the sizes won’t be consistent.

I like carrots a lot, so I lean towards more carrot if I happen to buy a large bunch, but if you don’t like carrot, you can substitute it for a couple red/golden potatoes.

in the dead, cold air.

as poison decays their hearts.

You are a dragon fly now floating near my bed,

But would you let me be a spider and set my web?

Would you let me be a black widow and eat your head? 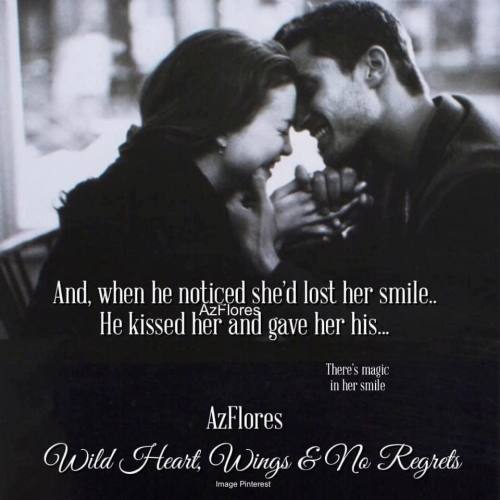 as summer tightens its grip

on nature coming of age

i notice how flowers change places

without leaving alltogether this

how good it is to be here

and surrendering to the exuberant tales

today i won’t go home before

as i am under the spell

indeed, it is true

I am in love

I’m waiting for the world to be better and do better. I’m waiting for us to heal together. And I’m waiting for a random day when I can dress up without any occasion and leave the house to wander outside with no destination but curiosity leading the way.

#writing, #spilled ink, #text, #quote, #life, #prose, #excerpts from my life, #feelings, #excerpts from a book i'll never write, #journal, #reflection, #writers on tumbr, #spilled thoughts, #spilled heart, #spilled words, #thoughts, #hope, #one day, #in the future, #we have a long way to go but that's ok, #I kind of like not always writing about my strange and often failed and rn nonexistent love life, #it's refreshing to write about other things and focus my energy elsewhere, #6.29.2020
12 notes · See All
Next Page