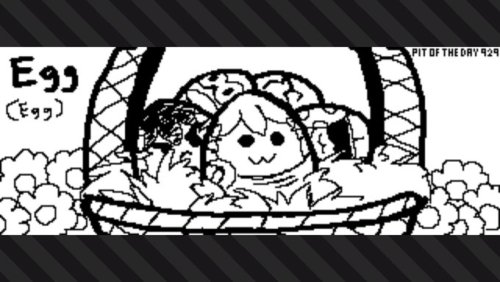 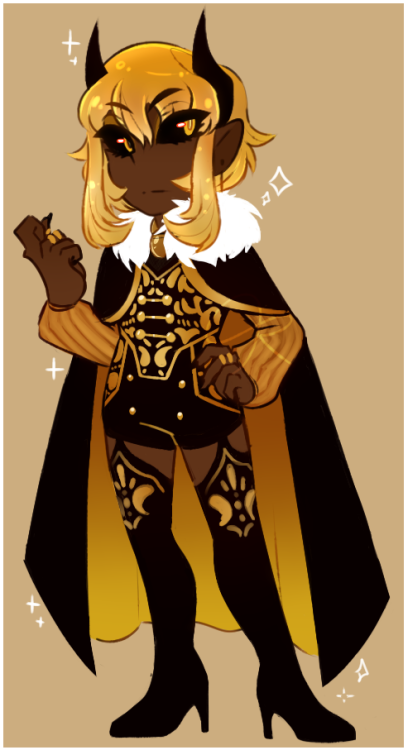 Creme sees someone.
drew Creme with an outfit I designed.
Hope you all enjoy

Creme © @squidbasedhumour
art by me 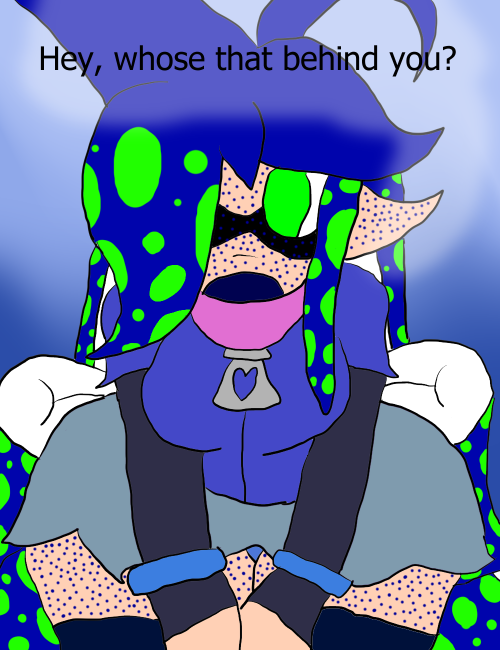 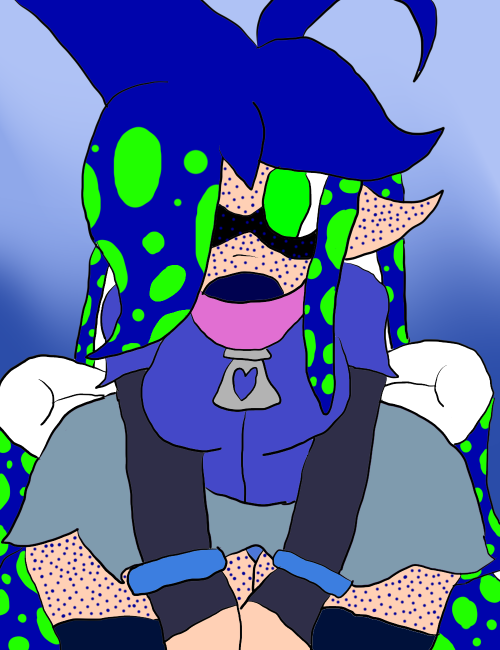 #Creme, #Splatoon, #Splatoon 2, #Splat2n, #Other Peoples Characters, #art by me, #hope you don't mind the outfit., #hope you all enjoy
1 notes · See All
askstupidsquidkidsPhoto

Ann- my band Vapour Trails!! I’ve been having a bunch of fun jamming with them so far! 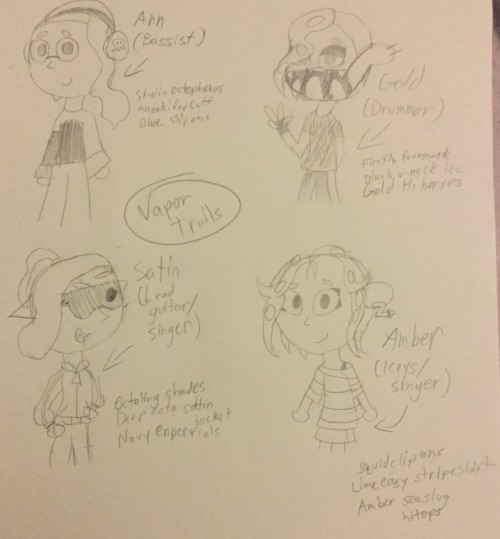 I had a dream recently about splat3 having a toni kensa themed single player mode involving agent K….. I finally put some pen to paper and came up with some concept sketches…. expect to see more of her soon(ish)! and under the cut

Because no one asked for them why not LETS GO!

As a fair warning, though hopefully obvious given Prison and GTA, there will be adult leaning themes, of all calibers.

These were also all made with a very close friend of mine, I love them to bits for being the best sounding board I’ve had, as well as putting up with my too-creative brain. 💙

Aloha was initially incarcerated for murder, which was actually accidental… that one at least; authorities dug up his past and he’s guaranteed two life sentences at least. Diver was put in for murder, his was accidental and he is scared shitless of prison; Aloha does take him under his wing though. Army is the warden, his teammates serve as guards, as does Rider and team; Rider until he get put in, Emperor frames him. Speaking of, Emperor is king pin, he can do almost anything short of walk out the front door; just like everything he’s got his hands in the prison. Skull is in for murder, though that was mentioned in passing once only.

Next up is Vampires, everyone loves vampires right? Anyway. Emperor is king vampire, Prince is just a kid; they’re the born kind, instead of made. N-Pacer is a witch, and a damn good one. Eging is something akin to werewolf but called a hellhound. Mask is also a witch. Rider is inkling(human in typical vampire book), and nearly gets his throat torn out by a rogue vampire, so Emperor has to cut out the rogue, can’t have disorderly conduct. Skull is a vampire hunter, Aviator is a vampire but one that helps Skull. Aloha is the oldest at around 400 years old, he’s the one who loves causing trouble, running social experiments on inklings, changing people for fun; emperor hates him but he can’t get rid of him.

Ocean is basically merfolk. There’s two main types; merfolk and mer-shark. Mer-shark are more shark based, they prefer their own territories to actual cities, but some adapt. Emperor is king, he’s got a moonstone, gives him magic so he can go on land; very successful business man on the surface. N-Pacer is an ocean goddess. Eging is Emp’s advisor. Rider is played matchmaker with Emperor by N-Pacer. Skull and Aviator are mer-sharks.

Medieval AU is perhaps the biggest. Emperor is king, Prince is, well, a prince. They two lost their parents in a fire before Emperor was fully mentally capable of being king, but he still took the throne. Oftentimes when no one can see he breaks down because he’s got no one to look up to, he is the king, and he’s got his entire kingdom on his shoulders. As such, he also doesn’t have much time if any to spend with his brother, and that kills him. Rider is from a different kingdom that Emperor invaded, and Rider is very skilled with a sword. Emperor takes him thinking he can entertain him. Aloha is…. basically he tortured people for information. N-Pacer is captain of the guard, Eging Jr is Emperors advisor. Army is the cook, mask runs an apothecary, Skull is stable master (I think that’s what it’s called I’m rusty on this).

Toddler AU. Emperor and Rider are adults, and they adopt the S4, who are, as the au title suggests, toddlers (ish, Skull is a wee bit out of toddler age range). The AU is basically domestic, raising kids kinda thing. At the beginning, Army has trouble speaking. A few times growing up Mask ends up in the hospital. Aloha is party royalty in middle and high school, and all the fun and not so fun experiences that can come from that. Skull is the more level headed one, but did get in a big fight on behalf of Army. “Big fight” as in he punched two people in the head until they were knocked out.

Angel demon is a bit… weird. You have the king demon, Emperor, and by extension prince is also a demon, but he doesn’t have his wings yet, and his horns are little spikes on his head. Army is an archangel, so he’s pretty powerful. Aloha is an incubus, one of the more infamous ones, but he wants Army, to say he managed to get with an archangel. Rider is an angel at first, but eventually ascends to archangel rank. He then “falls”, where an angel loves a demon, their wings turn black. Angels blood is silver, demons is inky black; they sting the other if it should come in contact. Skull is a hunter angel, a sub class that is supposed to hunt and kill demons. Skull likes to take a demons horn as a trophy; he finds aloha one day and Aloha SHOULD have died, but he’s been feeding off an archangel so he’s powered up more than normal. He survives but bones in his tail and wings are crushed to gravel or snapped so many times over, he can’t do much after that. Aviator is also a hunter angel but he focuses on fallen angels, and likes to get to a demon through the angel they love.

Model au; Rider was growing up on the streets, when Skull and Aviator took him in; there’s only a ten or so year gap between Rider and them. The two run a tattoo and piercing parlour, and are well known for being high quality. Rider and his team do enjoy defacing a building or two when they’re older, and unfortunately he gets caught by a big bad ceo of Enperry when he tells his friends to run for it. Emperor is not happy, but is willing to cut Rider a deal, under the table. Eventually Rider manages to get an exclusive deal for his parents tattoo and piercing parlour to get exclusive piercings from Enperry, and Rider ends up modeling some of them; he’s a major hit and is not happy people think he’s a model. After a while he rolls with it and models for Enperry. In the Forge brand, Army is ceo, Aloha is THE top model, no one tops him when it comes to photo shoots and runways.

Gta is my all time favourite AU I think. So, it’s loosely based off of Grand Theft Auto, V to be more specific. Emperor is Ceo if the biggest company in town, he also has so many ties into illegal activities. Rule of the town is you do not target Emperor directly, or you will wish you were simply killed. Prince initially has no idea but is kidnapped when he’s in his last year of high school; he has to do it over again and eventually makes friends with Headphones. Rider is the best arms dealer you could get in town, he knows his stuff, loans out weapons a lot and has the worst mouth anyone has ever seen, he cusses a lot. Skull is originally a mercenary, he’s got his own sniper rifle, that he will kill anyone who touches it, even Rider when he wants to inspect it. He often takes jobs from Emperor. Emperor wants Eging Jr out of jail, and he needs more than Skull to do it. Skull goes to Aloha, per Emperors recommendation, as he’s the best thief in town. Aloha runs a strip club, and his team is part of management, book keeping, bar tending, etc. Mask is the best hacker they could ever find, and Army is a very skilled driver. Years back, Army was business partners with Emperor, but that went sideways; either way, Army is loaded.

Sorry for that being so long at the end, they’re the older AUs. But yeah! That’s all of them, kudos if you read all the way through!

*suddenly appears from the void* ART! *goes back into my hole to disappear for another 7 months*

- I Love You- Cloud Mac
Song

Back to our scheduled posting :) 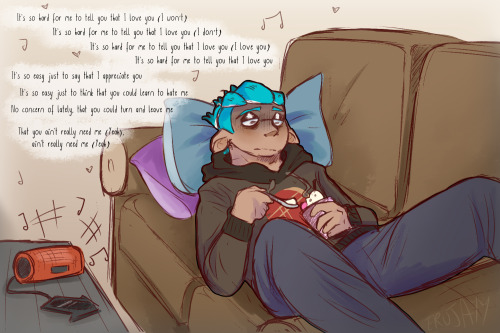 #splatoon, #splatoon 2, #splatoon art, #he's gorging himself with ice cream and pretty much anything he find, #and listening to broken heart songs, #cuz why not, #gotta feed the depression somehow right?, #chili, #myart
11 notes · See All
mapleshaikuPhoto

Brayden isn’t one of the original four members of Octa Prisma, but he’s a soon-to-be member of the team nonetheless. 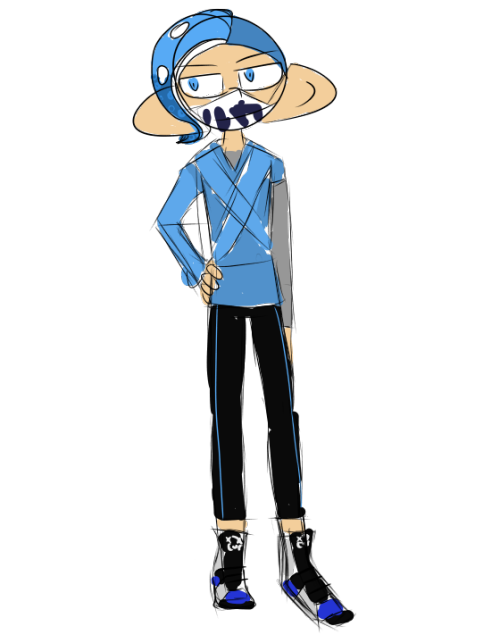 old draw of an oc of mine for a splatfest.. i miss them

inkling and octoling ocs are nice and all, but what about jellie ocs? sea urchins? SHRIMPS? and all those deep sea critters from the octo expansion? i just wanna see more diversity tbh

Playing Splatoon 2 with viewers at 3 pm ET! Got the stream back up and running just in time after Wednesday’s debacle.

Sophie but with legs 🦵