#star wars, #clone wars, #tcw, #captain rex, #ahsoka tano, #my edits, #not my videos, #remove the credits and I will manifest in your house like a sleep paralysis demon and badly sing the song that never ends, #seriously, #this has probably been done before, #but i just really needed this to exist
0 notes · See All
thefirstokiroText

There is some thing about this shot I love. Two lost souls finding each other and starting an aventurine, framed by the cockpit of the falcon.

 I would have loved a story  of Rey teaching Finn how to fly and Finn teaching her how to use the torrents of the falcon. Both of them fixing up the ship, listening to stories about all the adventures Han had in it from Lando and Chewie. Eventually the pair would give them their blessings to own the ship. Lando returning to Bespin as a senator and Chewie as his loyal bodyguard, confidant, and friend. 

I could see the falcon becoming their new home. The two of them not really having a place of their own to settle down and not wanting to be tied down to one place after their upbringings.

Sometimes the falcon would be full of people,      refugees from the war, rebel stormtroopers, but it was always just Rey and Finn in the same seats they began their adventure in.

And just like their time in the cockpit together, Finn and Rey would look at each other. But instead of uncertainty, there would be love and confidence in their eyes as they made the jump to light speed for their next adventure.

Two lost souls now found. After all, the Force brought them together.

“If you wanna run away with me, I know a galaxy

And I could take you for a ride”

Telos IV was a temperate planet in the Outer Rim. Part of the Republic for many years, Telos’s surface was devastated by a surprise Sith attack during the Jedi Civil War. At the war’s conclusion, Telos underwent a massive restoration project, beginning with the construction of a massive space station to house its displaced people, and continuing with deep rehabilitation of the planet’s surface. 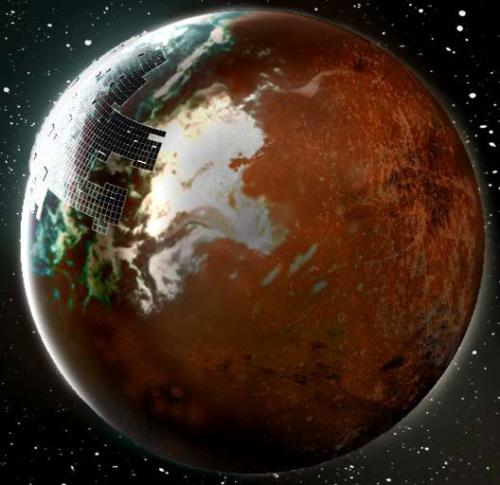 Do you see it? Caves in SW sometimes mean oooh it’s vision time, so it thought this was appropriate

Gonna shift realities. Catch me scripting that Hondo kidnaps me for spice (not the drug) and have ahsoka rescue me

Will keep adding with each day of the week with every character dressing up as the person they would dress up as Halloween :))

I’m watching all the Star Wars movies, I’ll be happy to take requests for when I complete them.

I’m crying, yes. He first tries the ones he was taught as a youngling in the temple, but it doesn’t quite seem to work. He then hears Anakin one day trying to sooth himself by humming an unfamiliar tune.

Anakin tells him it’s something his Mom used to sing to him. Obi Wan then asks him to teach it to him.

Later that night when Anakin has a nightmare, Obi Wan sings to him.

It’s the same one he hums to a baby Luke on the way to Tatooine to sooth the crying newborn.

For Ace week, I’d like to make a observation.

Ace: there but rarely seen

Ace: they’re in the background

Ace: pop up out of the background like a ninja

Ace: Annoy the living heck out of people with our way of life.

I would like to propose we claim the title of Grey Jedi because that is exactly what we are.

Today’s section of the TBR: Popular Culture - film & television. Anything I’m missing you would recommend? 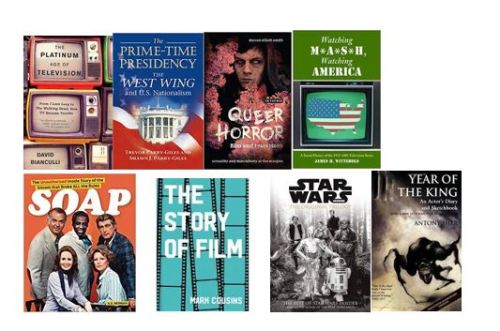 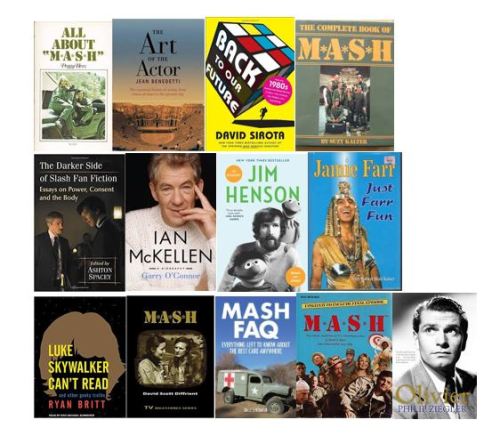 Annileen had kept closer watch on her son since the Tusken massacre. The boy wasn’t out of control but for some reason Jabe wanted her to think he was.

Ben seemed to share her concern. “When people show you signs it’s important to read them”, he said.

#the clone wars, #obi wan kenobi, #anakin skywalker, #kenobi novel, #star wars, #This hurts, #This book hurts, #He would know, #God his regrets are so palpable in every chapter
6 notes · See All
jasondontText

In Tatooine, the border between dreams and reality is thinner than in most places.

#codywan, #maría writes, #star wars, #the clone wars, #commander cody, #obi wan kenobi, #i'm not very happy with this but oh well
1 notes · See All
artsywaterlilyText
#harry potter, #star wars, #lotr, #hermione granger, #padme amidala, #arwen undomiel, #lol, #meme, #amatures, #lmao, #GET EM GIRL
3 notes · See All
flashthescalesian-artChat
Fox: How are you not dead?!
Thorn, in the medbay after falling 30 feet off a building: *cheerfully* I have no idea!
#Saving the Light sh*tposting, #I'm back on my bs, #Commander Fox, #Commander Thorn, #Coruscant Guard, #incorrect star wars quotes, #incorrect clone wars quotes, #headcanon that Thorn somehow doesn't die after doing something that would kill most other clones, #star wars, #the clone wars, #source: I think it's from the Sonic movie???, #idk if I'm right tho, #I haven't seen the movie
7 notes · See All
silverxsakuraText

Quinlan sighs into Fox’s ear as he drapes himself dramatically over Fox’s shoulders and back.

“You’re sure I can’t convince you?” he murmurs, skimming lips and teeth up the side of his neck to nip at his earlobe.

“Positive,” Fox replies evenly and continues scrolling through his datawork, determined not to react in any way and ignoring his body’s spark of interest, safe in the knowledge that it’s so soon fated to be choked down by his codpiece.

Quinlan lets his hands drift down to Fox’s hips and pulls him even tighter into the curve of his body, “But aren’t you uncomfortable? I’m uncomfortable just looking at you… And it’s such a shame how much this plastic shell hides.” He taps his fingers slowly along the front of Fox’s plackart; some tiny muscle in Fox’s back twitches, and he snatches a hand out to catch Quinlan’s tight.

“Vos,” he warns, but it’s game over the moment he turns to catch Quinlan’s smug and tempting gaze and his next breath stutters against his will—his belt and kama are already on the floor by the time he realises he’s let Quinlan’s tricky fingers slip through his grip.

Well in season 2 episode 7 I was not expecting Obi-wan to be so ready to let someone die.

Snowed In at the Skywalker Inn

Chapter 1 - Now on the Archive!

Poe Dameron hates his job. No, hate is too soft a word for what Poe feels toward Bliss Enterprises, the major hotel conglomerate he works for. As the top performer in mergers and acquisitions, it’s his job to go to new properties and bring them into the fold. Or deliver the bad news that they’re about to be wound down and terminated.

After nearly 10 years, he has it down to a science. Get in, deliver the news (and collect the signatures), and get out. So when he arrives at the Skywalker Inn (his last job for Bliss, though they don’t quite know that yet), that’s exactly the plan. There’s only one thing Poe didn’t take into account: the weather.

With the pass down the mountain closed due to snow, Rey Skywalker, the owner’s combative and determined daughter, takes every opportunity to try to change Poe’s mind about closing the Skywalker Inn. As the days go on, they find themselves spending more and more time together.

So, yes, yes I am doing this. I am, however, getting lost in my own plot bunny tribble army and am 100% doing this from the dreamwalker au. I debated the ghost au, but aaaaye. My brain is all over the place.

The cartridge was almost empty, charge light blinking dangerously fast. Obi-Wan slammed it back into the blaster and wished for not the last time that he could just pull his lightsaber free. Qui-Gon didn’t want them drawing that sort of attention towards them, but as far as he could tell his Master was stuck on the other side of the over crowded city.

“Pretty boy, where are you?”

That voice made the skin on his neck prickle. Kriffing slave traders. He honestly hadn’t meant to walk into the one cantina that seemed to be a gathering spot for them and he certainly hadn’t meant to catch their attention. A faint thrumming under his skin keyed him to the fact his idiot was nearby. Wonderful. Obi-Wan steadied his fingers, surged up from his hiding place, and let the Force guide each shot. Blaster bolt after blaster bolt found their mark and then the weapon in his hand gave a horrid screech. Damn, out of charges. He jumped over the crates, landing in front of a zabrak and grinned.

“Pardon me,” he swung the dead blaster hard, clocking the man right in the face. Pain and discomfort seemed to pulse through the air and Obi-Wan bit back the urge to groan. One of the slavers was Force sensitive it seemed, what with how they were bleeding emotion.

“That was kind of hot,” came a voice from his side and he spun, ready to attack again, and instead swore loudly. He hated it when Quinlan cloaked himself in the Force like that!

“I completely did that just to turn you on,” he retorted dryly before throwing the dead blaster to the ground.

“Well… it worked.” Quinlan snagged his wrist without another word, but he knew what he was supposed to do. The two took off running before more thugs could show up. The slavers were going to keep hunting him down for at least the rest of the day, something they were both aware of- Obi-Wan’s hair meant he was worth a lot. Their boots slammed into dirty streets and he lamented the fact he was never going to be able to explore this city. There was supposedly a library here, a place he very much wanted to experience, and he just knew it would be years before he could even think about coming here again. Why did this sort of thing keep happening?

“We can hide here,” Quinlan yanked him through a darkened doorway. “I swear, Obes, if it isn’t accidental marriages, it is nearly being kidnapped. I am starting to get real annoyed with all this. If the Council-”

“I am, as ever, still Qui-Gon’s padawan. The Council isn’t going to just let me lark off with you.”

Obi-Wan snorted faintly before leaning against his soulmate in an attempt at some form of comfort. He wasn’t sure if the comfort was more for him or for Quin, but it hardly mattered. His heart was finally starting to slow from its erratic pace.

“Ah, why are you here,” he suddenly asked, tilting his head back to give Quinlan a rather accusatory look. The way the other blanched and diverted his gaze was answer enough. Quinlan was disobeying the Council yet again, but for once he found he couldn’t be bothered to care.

If he had to hide then he was content to hide with his soulmate. They’d deal with the Council later… maybe.