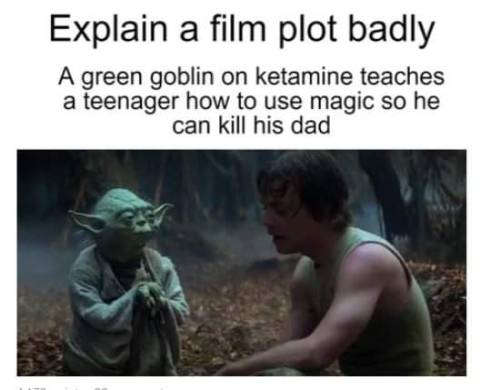 Note: I copyright this meme ©

Show Me The Baby

Show Me The Baby

Submitted by: (via PinkPrincess007)

Grievous may have said it first, but Obi-Wan definitely said it better! 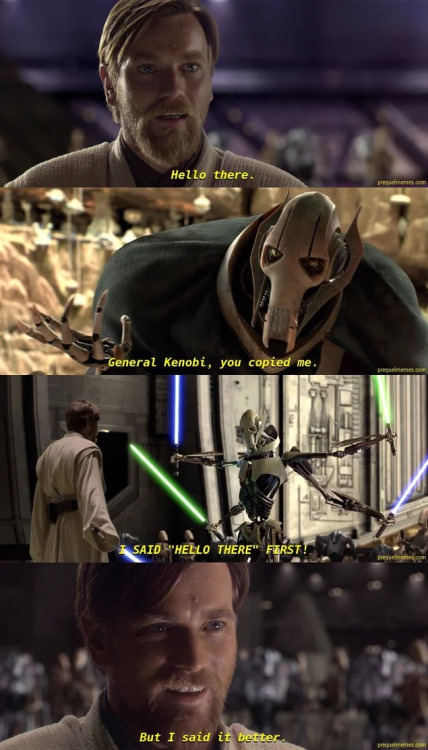 Goes with his red arm

Yup, that is really what happened😬

Remember where you came from, little girl!

My Sith-Sona! Coz let’s face it I wouldn’t be a jedi lol

Ayiki Kavoc and her apprentice (me) Narry Hutur! She is a light blue twi'lek. And Narry is a Zeltron Kage halfling !

A character arc for ahsoka the mandalorian created is that after learning Anakin (number 1 rule breaker in the Jedi Order, the only person to trust her when she was framed and the person she was most like) turned evil and killed a majority of his friends, she clearly went back on her “I’m not a Jedi the Jedi aren’t good” ways.

In Mandalorian, she could’ve taken Grogu but chose not to. Instead following old Jedi rules of “No training too old”. She even went as far as to say that Grogu’s Force abilities should just die out (since she’s seen what happens when you train someone too old.)

Just neat how the fight she had with Vader actually affected her and changed some of her views.

Thankfully Grogu did get to train at Luke’s Jedi Temple, where nothing bad happens until about 20 years from now.