We took the tree down and grogru has been very depressed about it.

He wont talk to us so he put himself in time out. 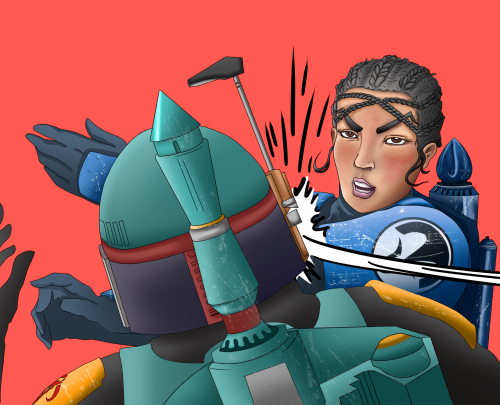 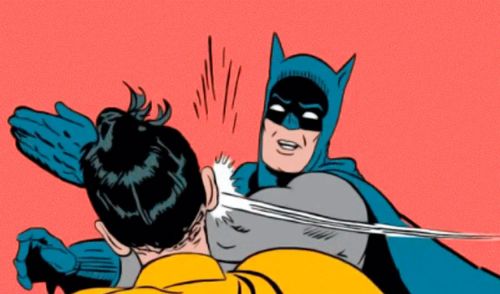 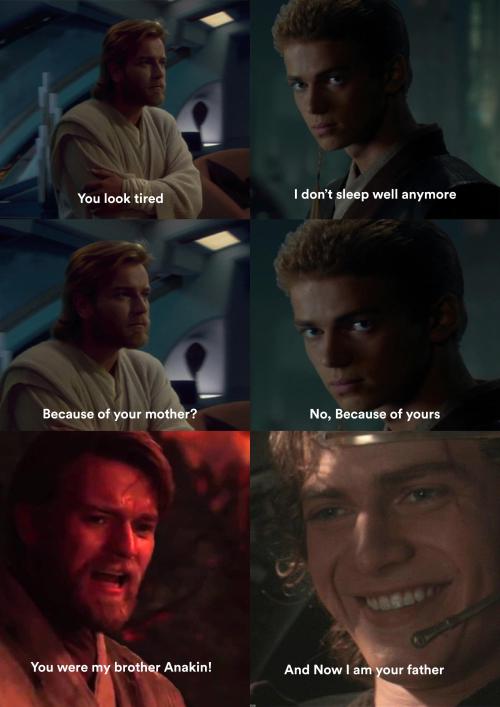 Episode seventeen is here! I hope you enjoy! https://youtu.be/WTYVdrq0O44 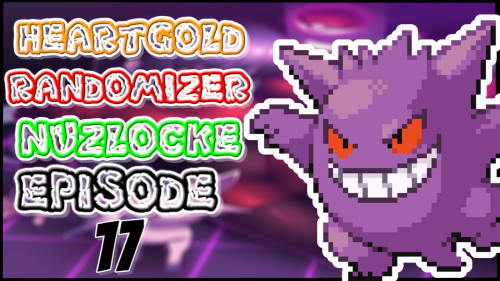 Kotor 2 is the absolutnbastard kid from Star Wars. Both fandom and the companies. In Galaxy of Heroes we have the entire roster from KOTOR and even shit from SWTOR but only the sith trio from kotor 2. The fandom usually loves and talk a lot more about 1 than 2 and it kinda makes me sad :c

Like the stuff from Kotor 2 is just so GOOD. Corrupting your companion?that shit isnt even on swtor besides Jaesa. Learning higher forms if combat. Crafting stuff. Destroying items for materials. It’s all just so rich on details. The comments from your companions. The ACTUAL CONSEQUENCES of your actions! Letting a world be ruled by a government or mercenaries, helping a Queen or a tyrant, allowing a world to rebuild and helping the veterans from not 1, but 2 galaxy spawning wars. The hopelessness of the Galaxy when it comes to the Jedi. The distance that they created with the normal people. So much that sith and jedi were the same to some. The story of ATTON. THE REVEAL OF GOTO? FREACKING KREIA? KOTOR 2 IS A GAME THAT SHOULD GET MORE LOVE

I wanna see the world when I stop breathing

Tell me, love is endless, don’t be so pretentious

Sorry, can’t save me now

Sorry, I don’t know how

Sorry, there’s no way out

yay I wrote something– Luke wants to get off planet by any means necessary.

And in the dimly lit shadows of the seedy bar sat a young man with his feet propped on the table languidly, his eyes hooked on his drink to avoid any troublesome glances that might be shot his way as he shifted in his seat. Pink cheeked and soft fringed, Han had doubts on whether or not the kid realized that he didn’t fit the atmosphere of the place. Ruddy pink lips taking meek sips from a cold glass with a subtle twitch of unpleasantness on his face; no, Han thought, he doesn’t belong here at all. “You’re in my seat, kid.” Han hummed, standing beside the booth to close him in, to keep him trapped before he could scramble away apologetically, but he didn’t seem to waste any time in licking the rim of his wet glass and nonchalantly look up at Han in a way he hadn’t expected. As though he somehow earned that seat, judging by the way he was looking at Han now; it seemed like he maybe wanted to make Han earn something himself, if he was willing to play his little game. And maybe Han already knew that the kid locked him into this unspoken game of his if the way his tongue teased his lower lip coyly was anything to go by.

“Doesn’t seem to be your seat anymore, huh?” Han could feel the thick heat of the tatooine air teasing the back of his neck, the sweat tickling him as some sort of unpleasant distraction to trip him up in this backwards situation. With this backwards kid, who didn’t seem to belong in this space at all but somehow looked all too comfortable. The heat, along with the mingled bodies, loud music, and dimmed lights, made it feel like Han could hardly take another breath, stuttering on a shaky gulp of air as the young man pressed the cold glass against the column of his heated neck to cool himself off, the condensation making his neck shine. Han wanted to lick it. “Need somethin’? Or are you just gonna stand there?”

“Sorta feels like that should be my line.” Han murmured roughly, his eyes narrowing as he reluctantly moved to sit along the other side of the booth, huffing a little bit when the young man raised his hand, two delicate fingers teasing the air for the bartender to bring them something to make Han’s throat less dry, hopefully.

“I was here yesterday, do you remember?” The memory vaguely stumbled through Han’s mind. Two men in need of travel off planet, desperate for a ride on the fastest ship the galaxy has ever had the privilege of seeing. He remembered starry eyes and desperate pleas, but the thick haze of countless drinks had left his memories fuzzy around the corners. Where he couldn’t remember the face but those striking eyes left an impression; he would’ve remembered someone who looked this sweet though, wouldn’t he?

“I can’t seem to recall. Might be mistaking me for someone else, kid.”

“You said I had a nice mouth.” Han ran a hand over his face, snorting a little bit at the blunt truth of it all. That certainly sounded like Han, so maybe he could at least do him the pleasure of hearing him out, after saying things that the young man probably didn’t want to hear. Things that people thought of the kid in passing as he walked on by, things that people wouldn’t just say to him for fear of being crass; not Han though. He didn’t have the luxury of holding his tongue when he saw a pretty face, especially after a week of good bounty and being pushed to drink until he couldn’t tell Chewy apart from the next furry fuck that walked into the place. “We don’t have the credits that you wanted— not all of it, at least.” What was his name again, Lars or Lewis… no, that’s not right. Leo kicked his legs off the table, sitting up at his seat and taking the fresh glass of liquor from the bar keep that dropped them at their table, while Han took his time in sliding his over. “But I thought that I could do something else to make up for the lost credits.”

He knew where this was going. “Hell, I remember you.” Memories teasing their way back through his muddled mind of a hopeful pilot, desperate to break free from the dust and sand of Tatooine. “I have a damn pilot, how many more times do I have to say it so that you’ll get it through your thick skull?”

“In exchange for a ride, I thought… well, maybe…” he trailed off, taking a shy sip of his drink. “Maybe I could show you how grateful I am, to be on the fastest ship the galaxy has ever seen.” Han swallowed thickly, watching the way the kid blinked up at him shyly with a dirty smile on his face, playing innocent as he leaned forward just a little more, eyes wide and hopeful. “What do you say?”

Han had a lot he wanted to say. Just how important was it for him to get off this planet, where the hell was he supposed to drop him off— was it even on the way? What happened to the fumbling, nervous bumpkin from the day before? He eyed the young man for a long time, before he rolled his eyes, taking a long swig of his drink. “Tell your grandpa to pack fast, I’m leaving tonight with or without you both.”

The brightness in his eyes bloomed as he slowly made his way out of his seat, finishing off his drink before giving Han a long look. “I’m looking forward to it, captain.” He said, outstretching a hand that Han roughly took, feeling the rough callouses there that Han hadn’t expected from someone so enticing. He expected something softer, less worked and dry. But they were like his, marked with days of hard work and passion, and that was better than what he expected. “The name’s Luke.” He murmured as he turned away, walking out of the seedy bar and into the dusty storm of Tatooine.

As soon as Luke found that he was out of Han’s line of sight, he fumbled with his hands as he tripped over himself to find Ben in the next tarped booth beside the bar. He skimmed the various wares while Luke did… whatever that was. Something he never thought he’d be able to do, something that was so unlike him, something that he’d never dreamed of doing. Lying, seducing, teasing someone who was so rough around the edges; someone who had seemed to not care for him in the slightest during their first meeting. “Did he agree to the price I offered?” Ben asked softly, smiling a little when Luke nodded along.

“Well– at first, no. But I managed to convince him. He said that I’m gonna have to work hard to take care of the ship with him if the price is gonna be that low.” Luke tensed when he felt Ben’s gentle hand clasp his shoulder with firm affection, his kind smile breaking Luke from his nerves. Ben wouldn’t know; he wouldn’t have to find out.

“You’re good with your hands, I think he’ll find you to be a wonderful asset at his side.”

What kind of Star Wars content would you guys love to see? I want to be more connected with you guys!

Let me know what you’d like to see! Whether it’s different characters, movies/series, mood boards or photo sets or anything else Star Wars related!

I really want to say thank you guys for all the love and support I’ve been getting on here lately. Star Wars is such a big part of my life and I’m so glad I get to be on here and share it and appreciate SW with all of you.

This is one of the characters in the book im going to be writing and yes I am influned by Star wars, Specifically the Mandalorian, and yes I know they look like Light Sabers but they aren’t they just glow like em’. 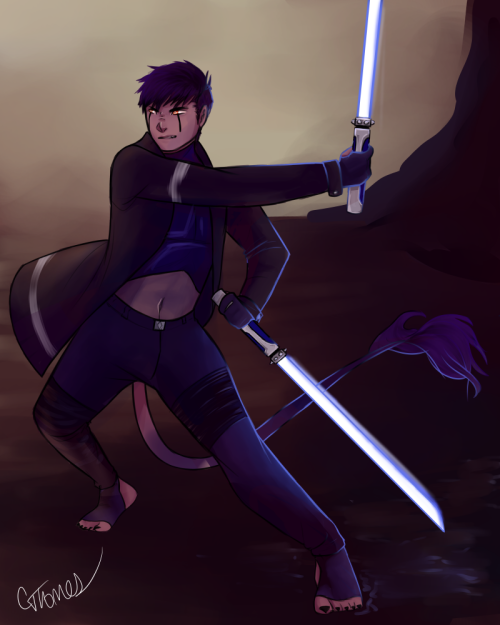 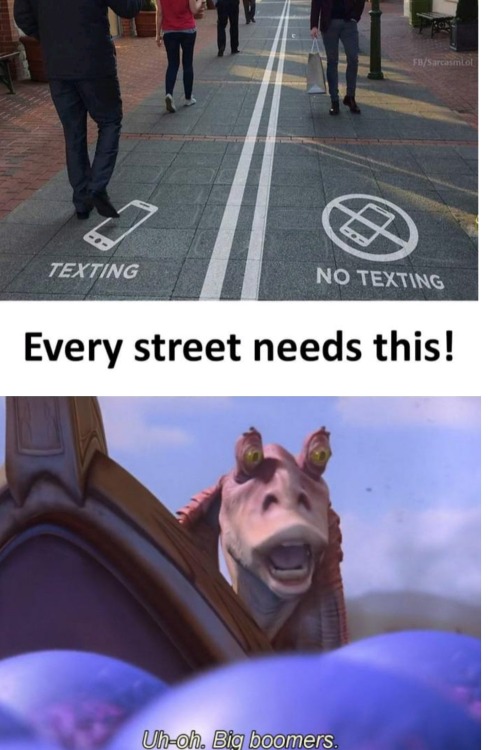 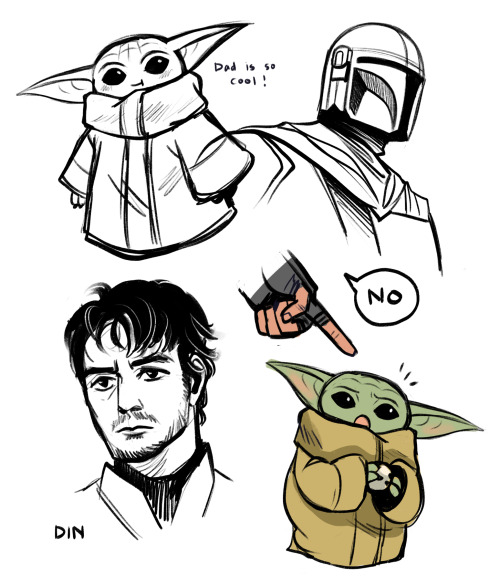 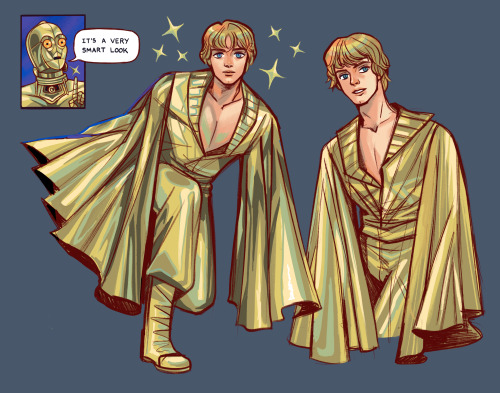