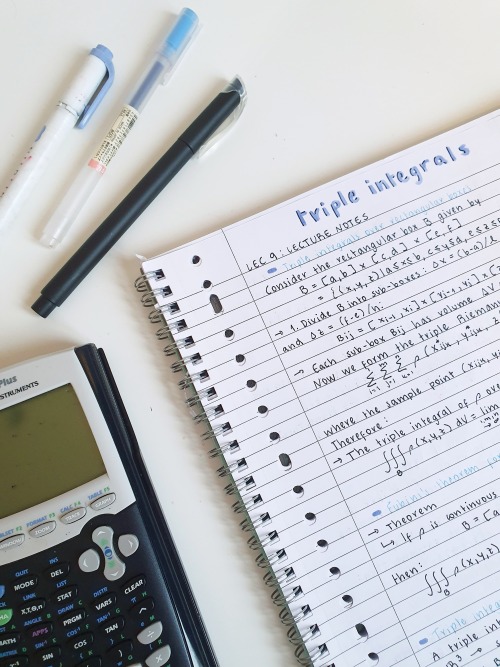 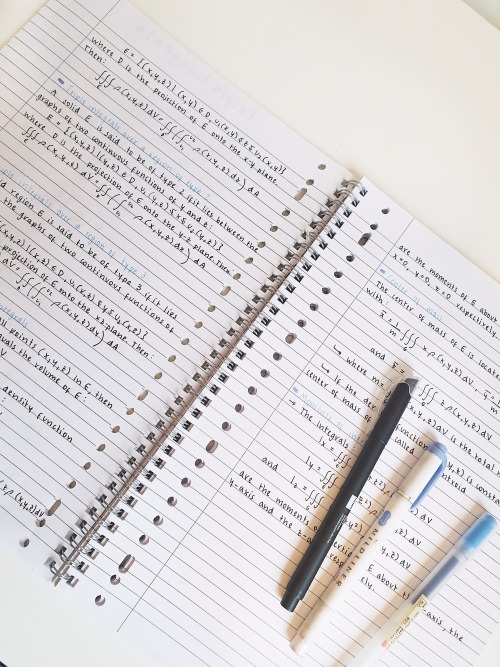 Luis Hernandez is in the process of organizing the completion of an Innovation Lab for Vista Global Academies in Santa Ana. This week, we sat down with him to find out more about the project, why he chose to use System76 machines, and what benefits he hopes to see for his students.

What do you aim to accomplish with the Innovation Lab?

Originally when we decided to dedicate a building for our students to have a workspace, we wanted to move away from having a traditional maker space. We started on something different called the Innovation Lab where students are encouraged to experiment, whether it’s with technology or not. The idea is to create a welcoming space where students can relax, read books, and have hands-on access to different types of tools such as soldering irons, 3-D printers, and Raspberry Pis.

The reason why we use System76 to power all the computers in the space is because I’m a big supporter of Linux in general, and System76 has been really consistent and helpful. I think the openness of System76 definitely gives the students the ability to experiment and the freedom to break stuff in a creative environment, without being too constrained by proprietary software.

Have you experimented with Linux in the past?

Growing up, software wasn’t readily available to me as a teenager, so Linux was kind of the go-to for me. I was getting into Ubuntu when I first started, but then I moved to Debian and more advanced operating systems for other purposes. Linux has always been accessible and easy for me to use.

System76 came to my attention through a colleague of mine when I mentioned to them that I wanted a device that just worked with Linux. Nothing that I had to hack myself to try to define the kernel or anything like that, just something that works out of the box. There were a few options, but I was told about System76 and I figured why not, let’s give it a try.

The first time there were a few bumps in the road because I wasn’t as familiar with the hardware for that specific device, but as I got more hands-on with it, it became something that I became more interested in. Since then it’s the only company that I buy hardware from, unless I’m told to use something by work. But for personal use, unless I’m building a custom rig, it’s usually a System76 device that I use for any web development, programming, or experimentation I want to do.

Which machines are you looking at for the lab?

We’ve already purchased 10 Lemur Pros for mobility so that when students don’t want to be tied down to one spot, they can freely work from anywhere in the Innovation Lab. We also have a Thelio Major, and we are going to look at getting more Thelios as well for our esports component. We want to house a little area for kids to do esports on open source software utilizing Steam.

Emma has been your point of contact for organizing this with System76. How did you first meet?

Emma: We met at a SCaLE conference. They had a coding competition with his kids over there, so we let them use the laptops we had with us. We sponsored them with participation prizes and gave them laptop bags for the winners.

Luis: And because of that, I’ve actually had several adults and students say that using those devices at the CTF Security Competition for SCaLE, and even just learning more about the company, they’ve actually bought System76 devices for themselves.

What would you like to see from students at the lab?

Pretty much whatever the students can come up with. They’ll have guidance in learning how to use the different tools and technologies that are there, but we just want to give them the foundational knowledge to be able to use these devices. I would really like to use System76 devices and just Linux in general for esports because I think the more people who use open source for gaming, the more companies are going to start seeing that there’s a huge need for it. Obviously we know that gaming is usually accredited to proprietary hardware and software, but the more schools that have access to esports, whether it’s Rocket League or just through Steam in general, the more companies are going to have to start seeing that there is a community desire and they need to start supporting it more.

Have you seen a lot of interest from students so far?

Definitely, because we service a lower income area. We’re a Title I school, so I know that a lot of students would never imagine having access to these technologies. In addition to the Innovation Lab, we also have a recording studio that’s fully furnished and equipped as of right now. We’ve also created a TV studio, so students are now being given access to not only the technology but also access to potential career pathways and new ideas that they’ve probably never seen themselves either in or using. They have been very, very excited. We’ve actually had a lot of students asking me specifically when the lab will be ready so that they can be “guinea pigs,” because they want to just get in there. Similar to the recording studio, like we already have a few students saying that they want to create beats and record songs.

These students have probably never imagined themselves ever going to a school that would have all of these things, especially in Santa Ana. Because of the area we’re in, many schools probably don’t prioritize these kinds of rooms and access, since they have other priorities. It’s understandable. But we believe that as a school it’s not just about focusing on academics. While that’s a hugely important part, we also want to focus on having these kids understand that there’s something beyond middle school and high school—and that’s having a career. So by providing these resources and opportunities, students are able to actually start looking into their future while they’re still in middle school while gaining those long-lasting skills that they’ll need.

How do you think your career path would’ve changed had you had access to these resources when you were a student?

I really enjoy what I do, but having some of the programs that I teach them when I was in school—like the CyberPatriot program, which teaches them all about cybersecurity—I think definitely would’ve put me on a different path. That would’ve made me say, “Yeah, I want to go work at a company that does that.” The fact that we’re providing these opportunities gives them that exposure, and I think that’s the most important thing is showing them there’s a bigger world out there.

Is there a timeline for when the lab will become active?

As of right now we’re still doing renovations to the building. They just put in the flooring, so the walls are completely blank right now. We’re told that the building will be handed over to us by April 1st, but we might start furnishing some of the rooms before then because we want to have a ribbon-cutting ceremony for our grand opening around mid-April. But right now it’s just a skeleton.

If all goes well at this particular location, are you planning to open up the Innovation Lab to other schools in the area?

We are looking into that. This is going to be our first time investing this much effort and money into just one room as it is. So this will definitely be the pilot, and if we see a huge success with it and we see students being engaged with it, it will definitely be something we look at as we expand. The organization’s idea is to expand not only in these two cities but in other locations as well.

listening to: don’t call me, shinee

Afro-Tech Girls, a nonprofit organisation focused on encouraging and empowering females in the areas of Science, Technology, Engineering, and Maths (STEM) has advised young Nigerian girls on the need to consider a career in STEM. This came as the organisation hosted a conference to commemorate the International Day of Women and Girls in Science themed ‘Women Scientists at the forefront of the…

hey STEM kids, idk if this is niche, but reblog and tell me what your favourite pH indicator is in the tags

the student: …why does the orange juice have a velocity of 76

Always love getting something shoved up my nose. But since we currently have to have a negative Covid test no older than 3 days to even leave our town borders, I had to get one.

Have my niche meme that probably only applies to me

I will not take any further questions. this is fact.

Memeger was a long-time DuPont chemist at the Pioneering Research Laboratory. He began working for DuPont’s Pioneering Research Laboratory in 1964 and continued his career there until his retirement in 1997. His research enabled the company to streamline the production of Kevlar, a synthetic fiber developed at DuPont by Stephanie Kwolek in 1965, by discovering a faster polymerization process to help scale for industrial production. Memeger and his wife, a fiber artist, are also accomplished artists, with Memeger’s work taking inspiration from the geometric shapes found in molecular compounds.

The 40-minute documentary covers Memeger’s career and his own personal history. He discusses his childhood as son and grandson of farmers in St. Augustine during the Jim Crow era, the role of his two African American chemistry professors at Clark College, an HBCU, in contributing to his success as a scientist, and addresses the challenges of being a one of the DuPont’s company’s first Black scientists with a doctorate in chemistry during the civil rights era. His reflections on his remarkable career are the first of what Hagley hopes will be a number of oral history interviews with Black pioneers in the STEM professions in the Delaware area.

The documentary will premiere on YouTube at 7 p.m. EST on our YouTube channel and on this website on February 24 and will be hosted by Dr. Jeanne Nutter, Professor of Media Communications at Bloomfield College and an award-winning oral historian. We hope you can join us to celebrate Memeger’s many accomplishments spanning his career at DuPont. 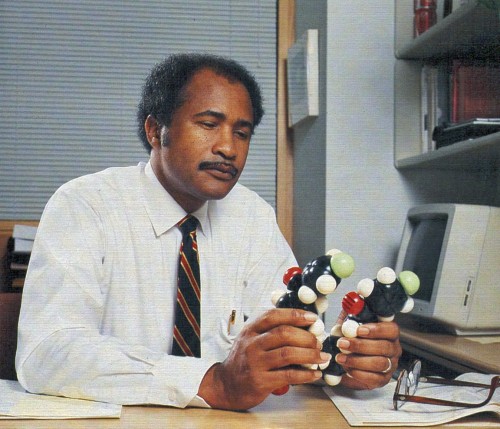 I don’t know where the stereotype of scientists being cold-hearted/with no emotions/no sense of humor came from, because I swear that every single course I take has some unnecessarily extra dramatic intro like this one

Every day our body uses a lot of energy in order to function. We receive this energy from our food and making the energy available, as well as using it (for example for moving our arms), we produce heat as a byproduct.

The problem is that we need to get rid of this extra heat in order to stay well. Our body has very efficient ways to achieve this by for example circulating blood close to our skin, exhaling warm air and by sweating. Having warm blood next to the colder air that surrounds us creates a balancing out effect. The air around us is basically colder than our body but wants to even out so it takes some of our heat and we loose some heat. Sweating can increase this effect as the tiny droplets of sweat “absorb” our heat, and once they have absorbed enough, they evaporate.

If the temperature that surrounds us is now pretty hot (like 30 degree Celsius and maybe even a little bit humid) our methods for cooling don’t work that great anymore. There is not much of a gradient, not much to balance out, the outside world basically has enough heat and does not want our heat anymore. So we are screwed, have to keep our heat and we feel hot. 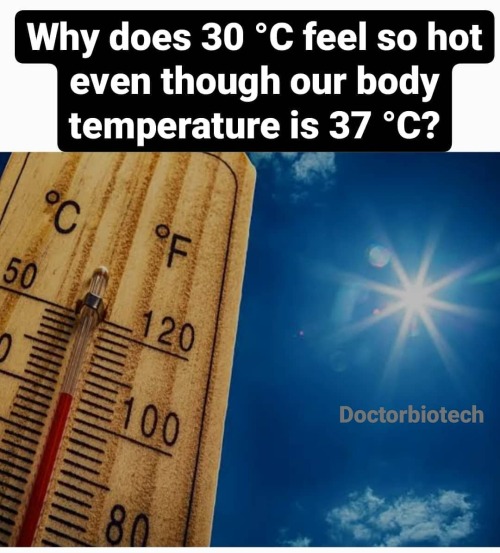