Who wants to be a dinosauroid? 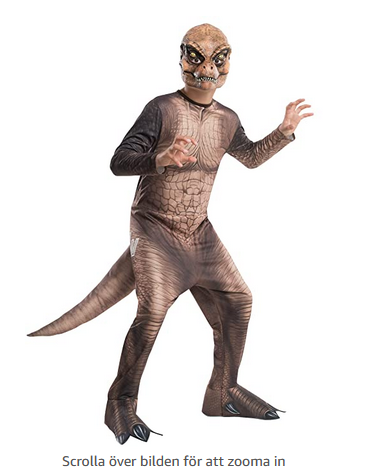 #palaeoblr#troodon#stenonychosaurus#dinosauroid#costumes#it's actually just a Jurassic World costume#I think it was supposed to be a Tyrannosaurus?#but it just looks like a dinosauroid
3 notes
seabrrd
Photo

reworked an old stenonychosaurus concept from 2018! new plumage based on molting rock ptarmigans 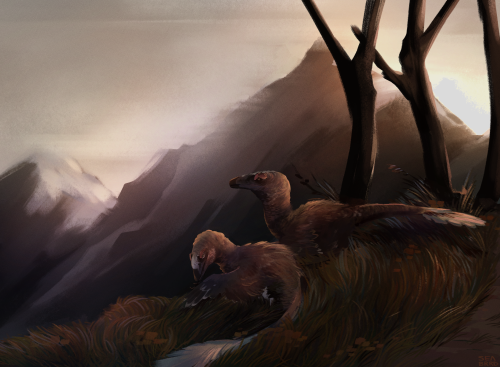 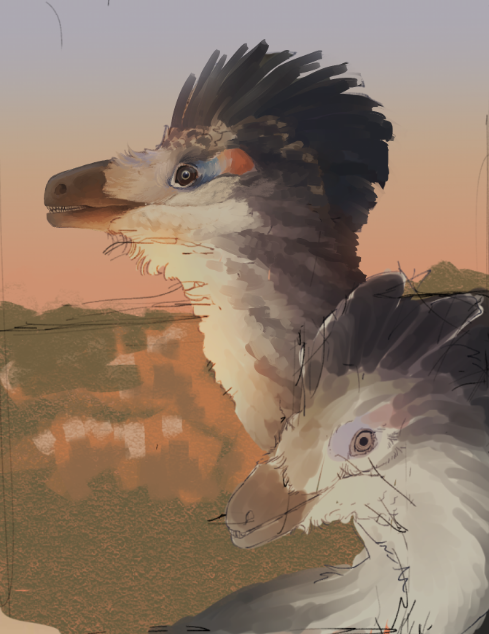 Wanted to have fun with some animation-style kinda stuff, so i drew one of my tame ocs based off the “Troodon” redesign i posted a few days ago.

Nasty horrible stinky man with a dead eye: if you bite him you die, and if he bites you you get high. His name is Dr. Feelgood and he will be a problem, on purpose !

Update: Dulled out some of the teeth because he is Old. 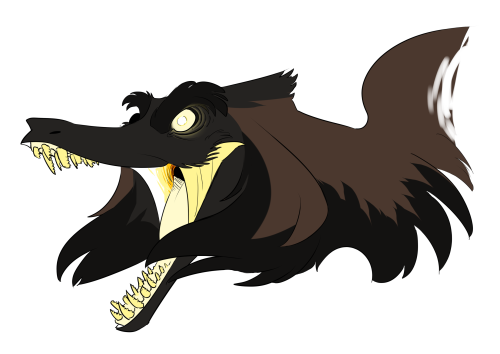 Phone drawing Stenonychosaurus is my first artwork for 2021!

According to the latest research, many dinosaurs have feathers. What did feathers bring to the dinosaurs? Let’s find out.

#nanuqsaurus#stenonychosaurus#documentaryedit#live footage of me narrowly escaping month after month of this year ;_;#I was so excited about the feathers but the broken wrists bother me so much lmaoooo#my edit#the fossilized rose garden
29 notes
yelling-at-apes
Text

Rough wip for a Stenonychosaurus (troodon) redesign idea, will work on it further later on, i need to get to figuring out how to make drawings on SAI look hand drawn first so i can properly redo the dossiers.

They are wolf-sized, similar to a Deinonychus, but far more gracile rather than bulky, and with smaller toe claws. This implies both could live in the same area by specializing in different prey: Deinonychus hunting bigger game with it’s powerful legs, talons and jaws, like an eagle would, where as Stenonychosaurus would mostly go after small animals it can run after.

Throat feathers fan out when they feel threatened (reminiscent of a cobra’s hood). The tail is made to look vaguely like the head, so that there is a chance a predator might bite that rather than the neck (many modern animals do that).

They aren’t venomous, but they like to chew on funny bugs and berries (and mushrooms in abberation) to get high, and so when they bite you, you get high too, and eventually pass out if you were bitten more than once.

They are not specifically aggressive towards animals larger than them, that includes humans, however they do attack when approached, as they are easy to bother; they also will target players that are unconscious or Injured (at and below 30 hp)

The taming method for it would be different from the canon ingame version, though it would still be a passive tame taking place at night.

Weird dinosaur playing card I saw at a flea market about a year ago.

“You can see from that picture how Stenonychosaurus might have evolved into a ‘dinohuman’ if it hadn’t become extinct. Because of the large size of it’s brain it was one of the most intelligent lizards. It resembled Velociraptor. 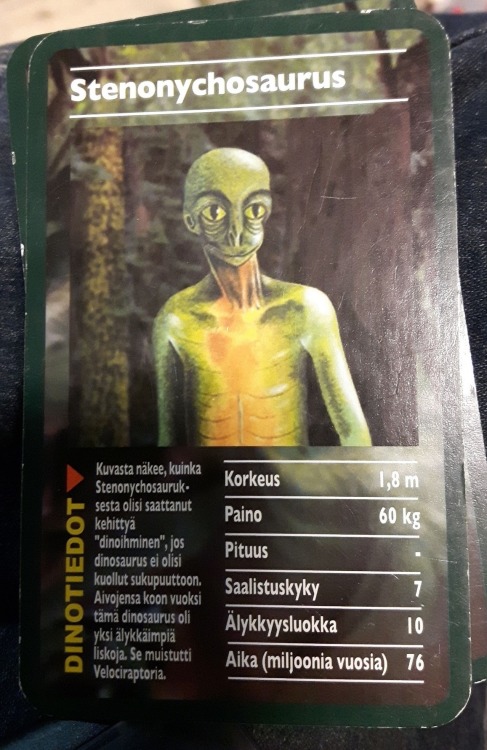 Encounter in the woods.

Healthy feet make happier cows. Stonemaker helping White Path to not be a grumpy butt because there was a tiny pebble under a toenail.

Stenonychosaurus being asked how is the food while currently consuming the food. Based off the possibility of them being omnivores. 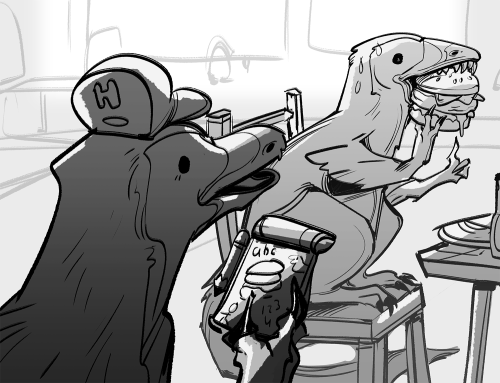 Do I have the chops to take on inktober? My track record say no, but my heart says Maybe.

@eclecticcoyote (Sorry for the continous tags) they also got promoted 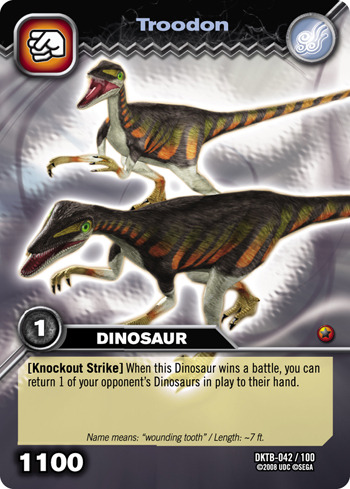 Them yell!! For @pigeon-feet ! It’s a Stenonychosaurus, which is actually a first for me. 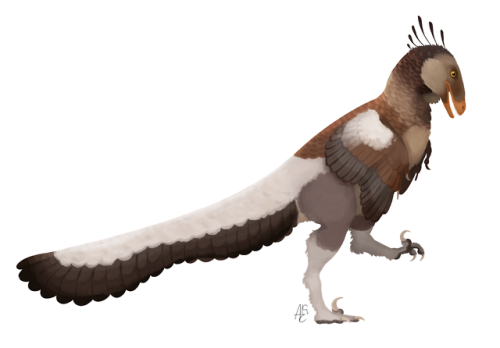 Was Stenonychosaurus a Carnivore, a Herbivore or an Omnivore?

Why isn't Stenonychosauridae back? Why have a family named after an invalid genus?