Dipper is conviced that Steven is hiding something. But steven feels like he has nothing to hide, so Dipper is constantly frustrated bc he CANT FIND THE EVIDENCE

some kind of spider girl“

I promised myself I wouldn’t draw _____ anymore but,, that song slaps. 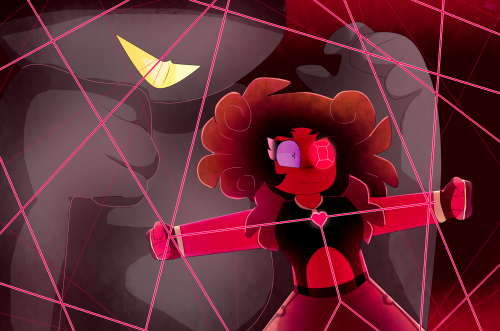 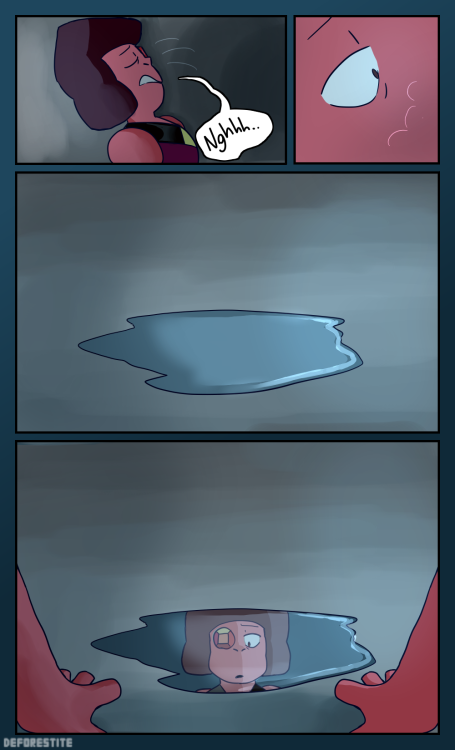 I drew t h a t scene from Who Are You Really while on my phone,, pls enjoy

tears are fun to draw… And Spinel.
Next week will be the final three pages of the INTRO comic!!

sorry for their being very little dialog in this one, but i felt that the next pages work better if they are grouped together in one post 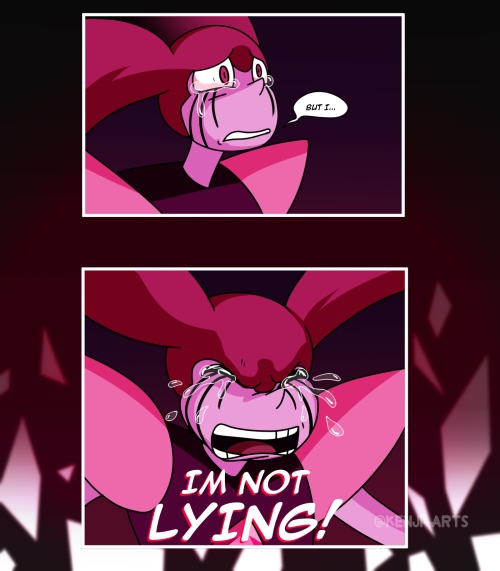 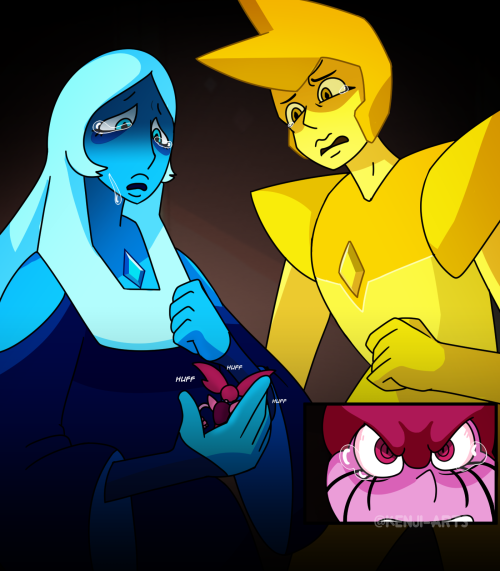 2 pages to make up for my terrible memory!

And we only have 2 more pages after this to look forward to! I might do another comic like this for the sitcom AU once I clear away some other projects that I’ve been sitting on, like the Chadverse comic and a couple of animatics I’m making.

I hope these pages were worth the wait!

Oh boi oh boi it’s the second animatic I promised. But what’s this? It’s traditional!! Yeah, turns out trying to make animatics on your phone sucks, and I prefer pencil and paper. So, I drew all the frames out. Anyway, this is the second part I guess to the first animatic (it occurs a little while after the first one). The song is called Mrs. Bluebeard and belongs to They Might Be Giants ( listen to the rest of their music!! I normally only listen to musicals but I really enjoy their music). The characters belongs to Rebecca Sugar’s Steven universe (though the redesigns/ AU version of the characters were designed by me). I’m pretty proud of this one and really enjoyed making it, so I hope you enjoy the results. (Also if you have any questions about my AU please feel free to ask them! As much as these seem kind of random I do actually have a fairly well fleshed out story behind it all and would be happy to answer any of your questions)

My version of a fusion between WD!Steven and Lapis for @ask-whitepearl-and-steven ‘s AU. Moonstone!! ^^ (He/They) I imagine theyd be less jumbled once they became friends but right now I think theyd be Mega unstable.

I took some inspiration from Stevonnie’s concept art for their outfit cuz it seemed very fitting. His hair is ridiculous and near impossible for me to replicate but I kinda adore it?? Also added some barely visible freckles cuz I love when ppl give Lapis freckles, and I thought it’d suit him ^^ I should really set up my tablet so I can try t’color this digitally,,,

Half a dozen sketches. How fun! I hope ya’ll like them, despite them not being done <3
DO NOT REPOST! Reblogging is okay! 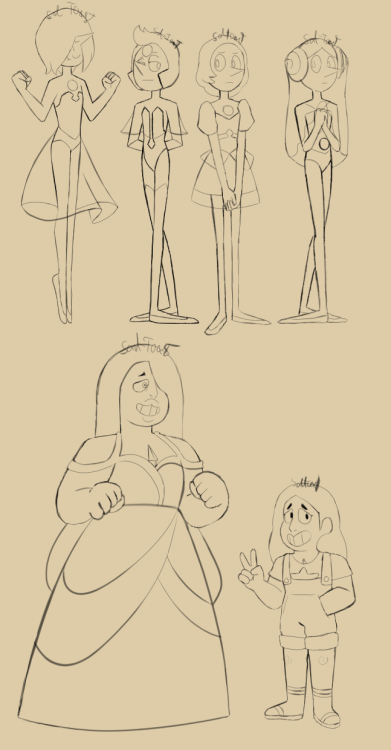 Ey, I finally got my version of Steven up! He’s a such a sweetheart :3

Yep, this is what he looks like by the end of my Mama Spinel AU

(the flower pins on his jacket’s supposed to be a: white poppy, pink carnation, and a gladiolus) 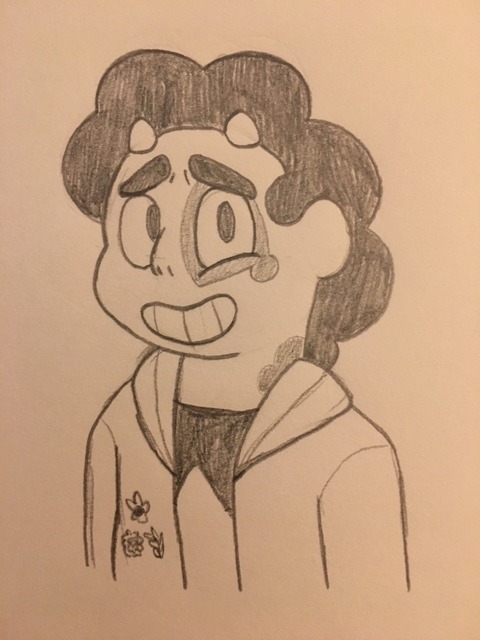 Mabel is dating Pacifica, but they decided to keep it a secret until later in the Summer.

Steven figured it out in a week. 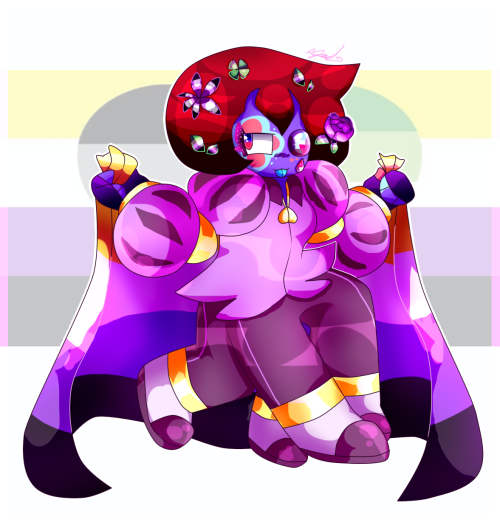 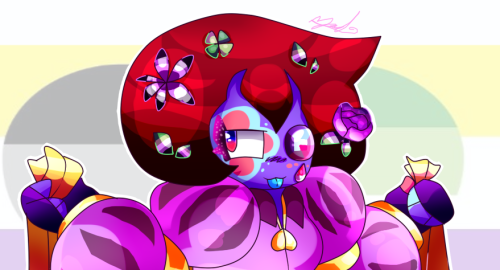 A sneak peak of a thing what will happen in Reset,part 2.

Yellow Zircon(canon), Green Zircon and Black Zircon get into some drama. 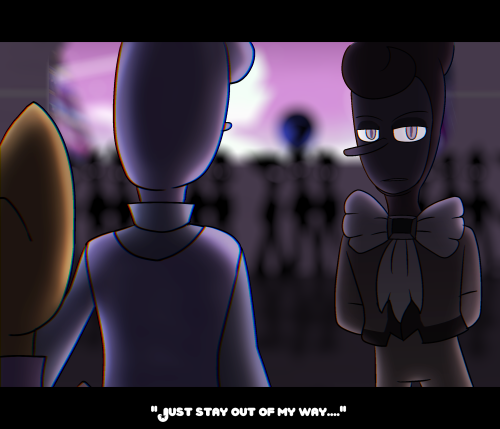 Alrighty… so imma Star Wars this thing I guess and post parts of this AU in a weird order (Star Wars did that right? Please don’t hate me..) Anway, I made this animatic for my Very Blue AU a couple months back and my love for it resurfaced recently (prepare for another animatic tomorrow). The audio belongs to Netflix’s Lemony Snicket’s A Series of Unfortunate Events (watch the show it’s super great) and the characters belong Rebecca Sugar’s Steven Universe (though the alterations/AU characters were designed by me). Hope you enjoy this unecessiarily messy and edgy animatic I made on my phone… :)

Greg found new love few years after Rose’s death and now Steven have human baby sister. She is ike 5 or 6 at the end of SUF.

Cracked!Steven and how his trauma will affect the future of the story

Hi! I’m Torin, and I write the Cracked!AU along with a few of my alters. I suffer from PTSD and DID, and I at least wanted to show a bit of that in the story.

For example: an OC you’ll see later on in the story (or, if you follow my main blog, you’ve already seen) has a scythe as a weapon, completely detached from Spinel’s. When Steven sees this, it triggers a flashback, and I am excited to explore this in the comic for one big reason:

The misunderstanding of PTSD as a disorder.

People still thing PTSD is something only war veterans get, and that isn’t true. You, reading this right now, could know someone with PTSD. Car crashes, family death, abuse— these are all traumatic and can cause PTSD. And I want to show that Cracked!Steven’s near death experiences have caused him massive amounts of trauma from such a young age.

I also want to show that not all triggers make sense. For example, I used to be triggered by feet (which I’m not anymore, luckily). Steven will get triggered by certain things for a while that might seem to not make sense, but will make a lot of sense in the future (eg. Butterflies, certain beeping noises.)

As always, I hope you enjoy the AU!

Earth is basically a healthy planet. It doesn’t really NEED Pink to heal it.

The only damage the planet IS healing from is Pink’s first two Kindergartens, but it’s doing that on its own.