Corrupted Lonely Spinel but in black and white n with some shade! I did some drawings with markers but idk if I should post em especially with one having almost 1 color 4 their entire body.

A commission I got of @chaosmarine599 amazing gem OCs, Almandine and Wiz!

Okay, this is Keisuke Nakamura’s childs.
I draw them when days ago.

Tetsuya Nakamura is Keisuke’s older son. He’s Emiko’s older brother. He’s one of Jun’s friend, when he was kid. He’s mature than anyone his age, especially after he lost his mother. He’s very shy, especially when he tries to talk with girls in his age. He’s good at cup stacking.

Emiko Nakamura is Keisuke’s younger daughter. She’s Tetsuya’s younger sister. She’s one of Summer’s friend. She like planting, she learn from her father. Especially, she love planting vegetable and fruit. She like spending time with Coral Pearl (Sango), after her father met Coral Pearl. She love Coral Pearl much like her mother. 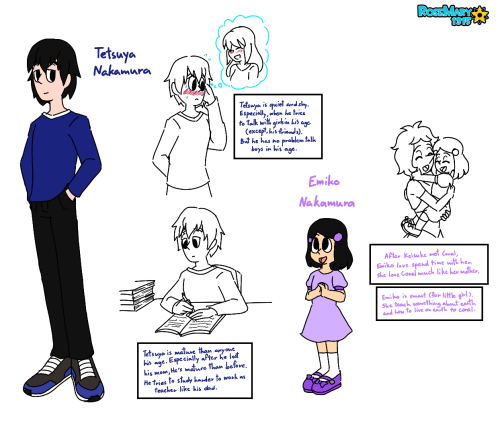 I hate this design deeply of charcoal, I like to think that charcoal in homeworld are very low ranking gems because there boat load of em, they can be used for literally almost any task and are often moves place to place depending on if some place needs more workers. It’s a redesign of my charcoal that I really disliked because it was basicly just a sunstone with a different name. But I still hate how this looks and I’ll pry change it soon 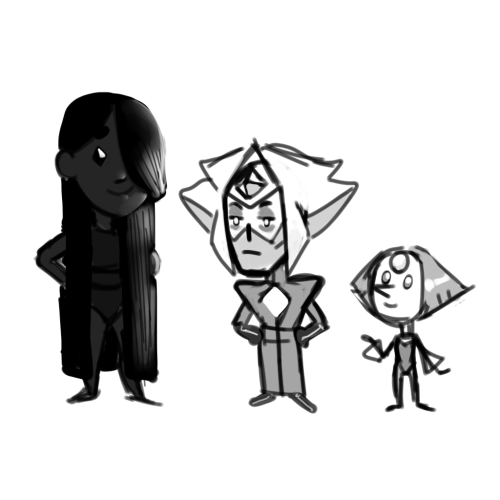 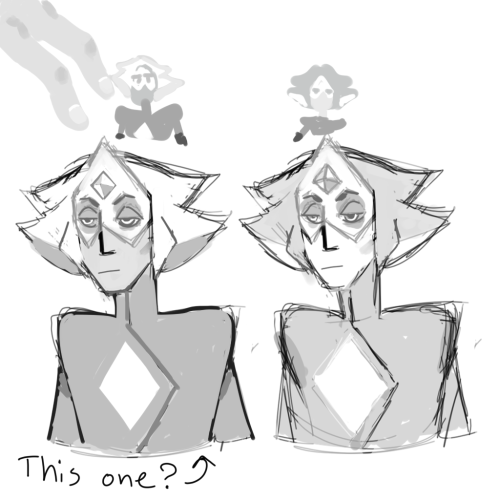 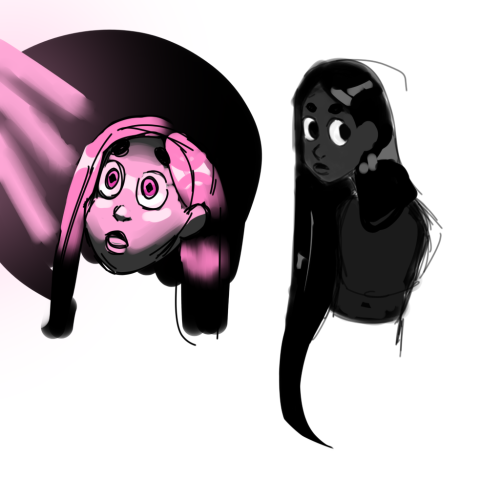 Here’s some rainbow quartz 2.0 and sunstone! They love eachother :)!!

A wip..this is tge quality i strive for until i can get enough displine to make much higher quality art.

Anyone here like Steven Universe? I’m sure there’s one person at least! Well, I have made an oc for it a looooong time ago! He is a black pearl and I just love his design sooo much! He has changed a tad over the years, mostly the more fluffy hair, but I still love him.

I have a regular artwork of him as well as a wip I havent touched in months! The wip just needs a few more gems on the floor but.. other than that, its done!

He’s fairly chaotic, has been captured quite a few times and has been given the label as a ‘defective’. He chills on Earth and kinda stalks humans to see how they do things.

Another Lili drawing after a while.

Pink Sapphire was made 5,690 years ago in the prime Kindergarten on Earth. She was one of Pink Diamond’s first sapphires. She was more nervous and shy just like most other Pink Sapphires. She expected to live a rather normal life, but not very long after she was made the war broke out.

She stayed on Earth for most of the war, assigned by the other Diamonds to be a top adviser to Pink Diamons, constantly giving her visions of the future, but, unlike the rest of Pink’s sapphires, Pink Sapphire always felt unease for Pink Diamond’s safety. She had seen that Pearl along with Rose Quartz, and had suspicions that Pink’s own Pearl had been running off to be the legendary terrifying renegade Pearl with her. She warned Pink Diamond about this, but Pink played dumb to it (for obvious reasons)

Pink Sapphire was frustrated her Diamond wasn’t taking her warnings seriously, but she knew there was nothing she could really do expect keep her eye out on her Pearl. But…then one day…she saw it. While looking into the future, she saw Pearl shapeshifting into Rose in order to shatter Pink Diamond. (She didn’t see that Rose was Pink Diamond though) Pink Sapphire panicked and rushed to warn Pink Diamond, but as fate would beckon, she would fail to make it in time. Pink Sapphire is devastated, she had failed her duty as a sapphire, and now, Pink Diamond is gone because of her failure to act.

After Pink’s “shattering” Pink Sapphire was transferred to White Diamond’s court. She continued to have tremendous amounts of guilt, like that it’s her fault that Pink was shattered. Pink Sapphire began to develop severe self-esteem issues over this guilt she carries. She felt like a disgrace.

Despite this, she never told anyone about the vision she had, afraid that she would be punised for not warning anyone in time. It’s a secret that she planned to take to her shards. For the entirety of Era 2, she carries out her duties as a sapphire the best she could.

Once she heard about “Pink” returning, she was furious. She had carried all that guilt for that long? For no reason?!

And it isn’t before long before Era 3 begins. Pink Sapphire doesn’t really know what to do now, or what comes next. She feels even more useless then before because she doesn’t have any assignments. She refuses to go to Little Homeschool because Earth is a trigger for her, she never wants to set foot on that planet ever again. And despite knowing it’s now safw to do so, she still keeps her vision of Pink’s shattering a secret. That brings us to the present day. 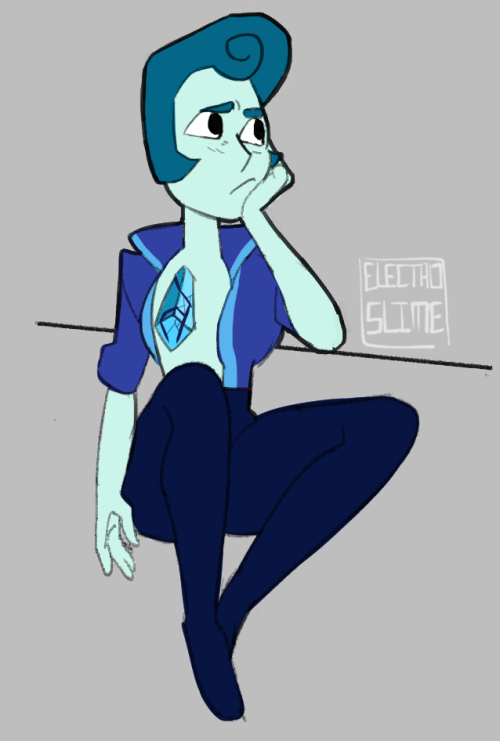