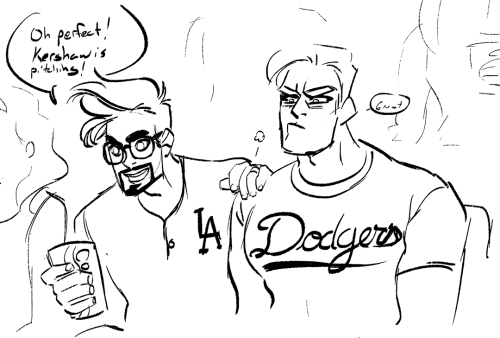 Do you love giving to charity?

Do you love Stony?

Well, then, you’ll love this new summary of hers:

Everyone had always assumed Tony Stark, notorious playboy and arms dealer, was an alpha, but in the aftermath of his escape from the Ten Rings terrorist organization, his true omega presentation is revealed to the world. The illegal suppressants, his promiscuity and captivity, as well as his unbonded status would have been scandalous and torpedoed SI’s stock had his burly alpha savior-cum-bodyguard, codename Iron Man, not made an honest man out of him. Really, their romance is sweet in its own way, a love story for the ages… But all that and his burgeoning friendship with Iron Man don’t stop newly-defrosted Steve Rogers from wanting Tony. Luckily, Iron Man doesn’t seem particularly possessive over his omega.

“Hey Shellhead, if it’s alright with both of you, you think I could take Tony out for a spin some time?”

Yeah, that conversation was going to go over like a lead balloon.“

If you do, and this year hasn’t been totally shit to you, and you have some money to spare that you can send to charity, please DM me, because we’re setting up a podbid to win jellybeanforest’s auction.

Love yourself so no one has to.

They’re better off without you,

you’re lucky if your memory remains.

#Tony Stark, #TonyStarkEdit, #MCUEdit, #MCUSource, #UserRafa, #smilecapsules, #usersrina, #usersmichelle, #dailyavengers, #stevetony, #if u squint, #Steve Rogers, #Pepper Potts, #James Rhodes, #Peter Parker, #Therapy, #ATL, #Ask me how much I hate the fact that I chose this font, #Only because the two Rs in arrogant looked like waves, #By the last gif I wanted to CRY, #MyGifs, #Mine, #Contradictions
20 notes · See All
firulaispngPhoto 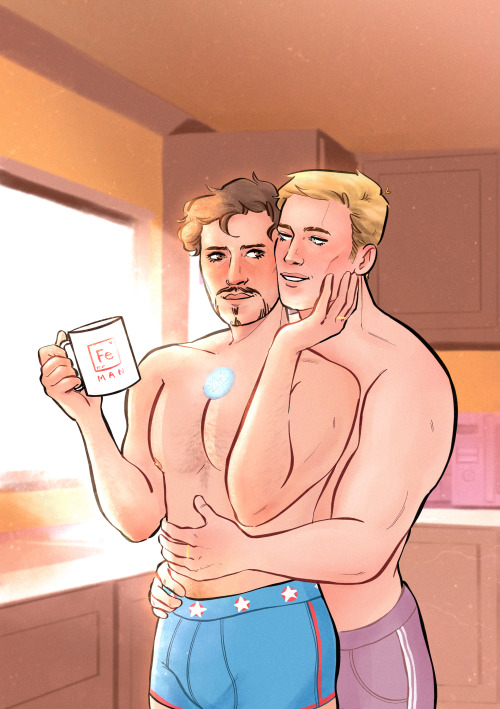 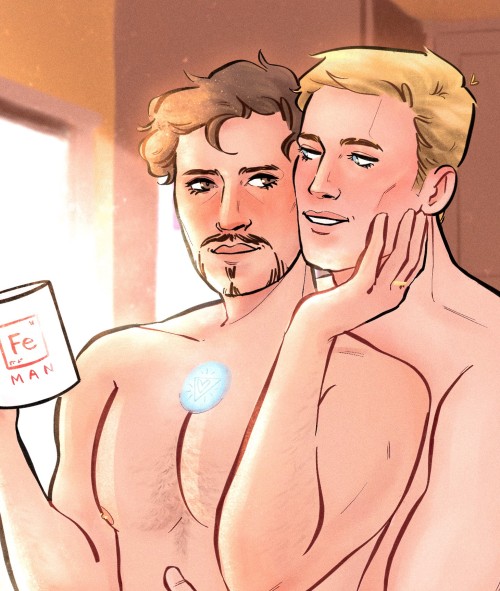 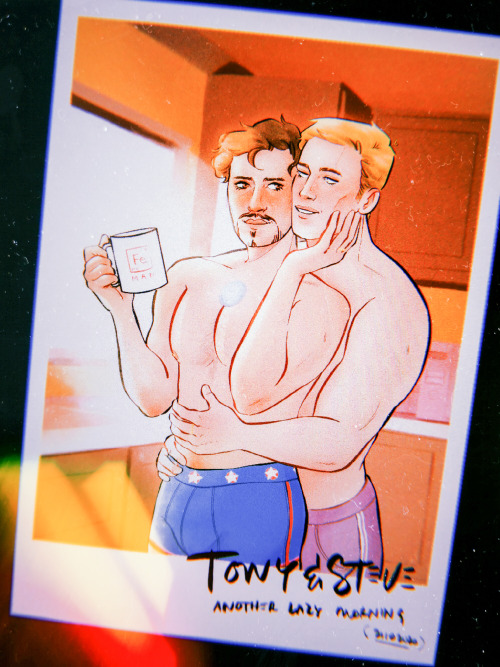 #my art, #if anyone tags this as mpreg i am personally going to your house to skin you alive while you sleep, #ok that sounded violent. sorry. but dont, #hehe, #hands are a bit stiff dont look at them lmao, #keeping up w the lazy morning series, #who took the photo? dum-e? jarvis? peter? i dont care. whoever makes u happy, #the polaroid effect kills the quality but GOD it looks so aesthetic, #so for once......i dont care, #i may even print myself one lolz, #also look at steves bigass arm. what the fuck, #you know what no dont look at it the more you look the more anatomical mistakes you'll find, #i'm uninspired today so the tags end here i think, #stony, #stevetony, #superhusbands, #iron man, #captain america, #steve rogers, #tony stark, #marvel, #mcu, #fanart
322 notes · See All
soraemptyText

Here’s some vampire!tony to satisfy this fandoms apparent thirst for him. 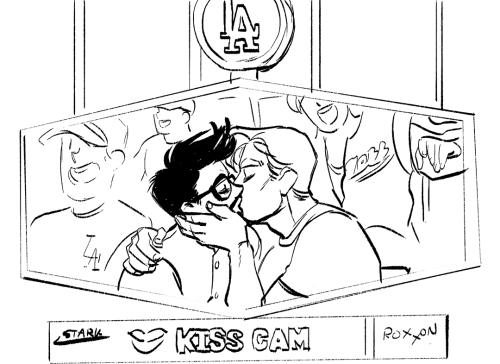 #scribbles, #stevetony, #dodgers au, #lol i guess??
346 notes · See All
natashovaLink
And whatever they lose, they rediscover - natashova - Multifandom [Archive of Our Own]https://archiveofourown.org/works/27126967

Yes, that’s a thing. The Furries said so.  Anyway, in celebration, here are some fics that appreciate the glory that is Steve Rogers’ ass.

LOVE AN ASS, DON’T BE AN ASS!  LEAVE COMMENTS AND KUDOS FOR YOUR AUTHORS!

Finders Keepers by zams: Tony really hates football, but he really loves Steve.It’s not all torture, though, because Steve certainly fills those tight pants out well, and Tony never misses an opportunity to blatantly ogle Steve’s ass when he bends over to hike the ball.

Whatever You Ask by @blossomsinthemist: Sometimes Steve just wants to let go.  Tony’s perfectly willing to help with that.  The two of them try something Steve’s been wanting for a while.  Basically PWP with added feelings, established relationship.

so hot (want to touch the hiney) by @onlymorelove: Tony and Steve spar; their bout has an unexpected outcome.Written as a gift for Yumi_Eleven and a fill for the Cap-IM Bingo 2020 - “Laughter” Square.Chapter title credits are as follows: one is a lyric from The National’s “I Need My Girl,” two is a lyric from Counting Crows’ “Anna Begins,” and three is a lyric from Andrew Belle’s “Dive Deep.”

Relax, Darling by @cptxrogers: Steve is stressed and tense after a hard mission. Luckily for him, Tony and his tongue are available to relax him in a variety of delightful ways.

where do you dare me to (draw the line) by firebrands: “Steve?” Tony asks, right before biting the apple of Steve’s ass cheek.Steve groans, already beginning to prepare himself for the sweet torture Tony’s about to inflict on him. “Yes?” he breathes out.Tony hums in response, and Steve holds his breath, waiting. “Don’t touch yourself,” Tony says, his breath ghosting over Steve’s hole. “Can you do that for me?”Steve moans, because he’d do anything for Tony right now, his cock already beginning to harden. “Yes, Tony,” Steve grinds out.Steve can barely see Tony from this angle, but he has a vague idea of what’s going to come next, and Steve bites down hard on his lip as Tony flicks his tongue against Steve’s hole.

Intrusive Thoughts by @jellybeanforest-a-go-go: When Steve is hit with a spell that gives him temporary telepathy, Tony figures he can hide his mortifying crush on the good Captain by thinking dirty thoughts featuring each of the Avengers in turn. After all, if he’s objectifying everyone, Steve will never figure out Tony is in love with him.That’s the theory anyway. Remix of “Before you jump, Tell me what you find (When you read my mind)” by Fluffypanda. For the 2020 Cap-IronMan Remix Madness

Skin to Skin by @crownofstardustandbone (adoctoraday/justanotherrollingstony): “Will you…”Steve hesitates and Tony brushes his hair back from his face as he lifts his chin to look up at Tony once more.“Will you stay?”Tony’s at a loss because sure, he and Steve are friends now, really good friends actually, and yea, he’s been helping him with the touch aversion thing and maybe Nat had said Steve liked him, but that didn’t mean…He waits too long to answer and Steve presses his face fully against Tony’s stomach, breathing hot and wet and whispers out please in such a heartbreaking way that Tony breaks instantly.“Yea, course Steve, I’ll stay.”

The Great Avengers Body Swap by storiesfortravellers: the Avengers decide to swap costumes and pretend they’ve been body-swapped to mess with Tony’s head.

America’s Ass by Auggusst: Tony really loves all parts of Steve, and especially his ass. He can’t stand to let his teammate walk around in a suit that diminishes its heavenly qualities. Tony makes him a brand new suit, and wins himself a date in the process. It must be Tony’s lucky day.

Filling by @robintcj:  The first time Tony Stark had seen Steve Rogers’ ass, swaddled up in slightly-too-baggy blue uniform pants, he’d wanted to ruin it. In the alternate 2012 timeline, Tony notices America’s Ass, and he wants to do terrible things to it. Turns out Steve has a bit of a sexual issue thanks to the serum, so Tony gets his chance.No plot, no redeeming qualities, just had a dirty thought and took 8k words to get to the point of it.

God, I Love Your Ass by stony_superfam: Stony smut.

You Taste So Sweet, Babe by stony_superfam: Stony Smut

A Matter of Efficiency by @festiveferret: Somehow, Steve is defying all known science about him and managing to get drunk. Regularly. Tony is determined to figure out how.

I have two gces tomorrow and im sick with a migraine as well as cough yet i still wanna read stevetony content for it lets me escapes from the harsh reality of the world, not really proud of it but ehh who cares 🤷‍♀️

Steve’s not a fan of Tony staying up all night in the lab, but at the same time he is because it means he can sneak looks in class all he wants. 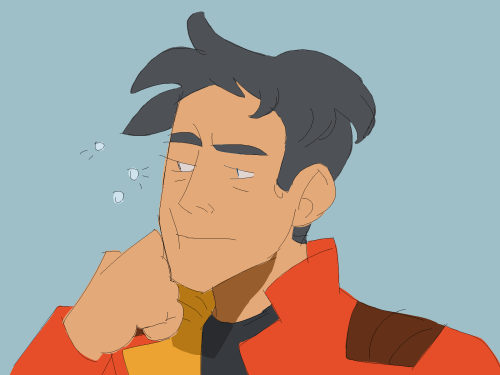 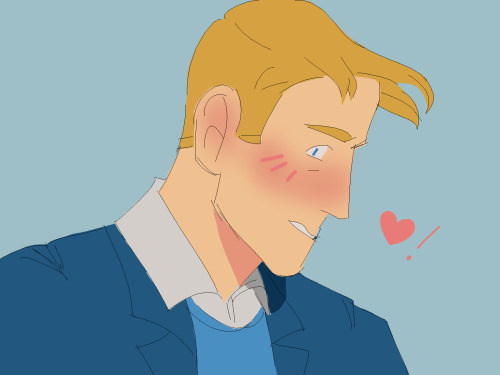 #tony's too out of it to notice, #the practically nonstop glancing, #STEVE I S2G, #JUST ADMIT YOU GOT FEELINGS FOR THE BOI, #this is mostly inspired by, #a fic i tried to write, #steve rogers, #tony stark, #stevetony, #avac, #avengers
48 notes · See All
hackedmotionsensorsPhoto 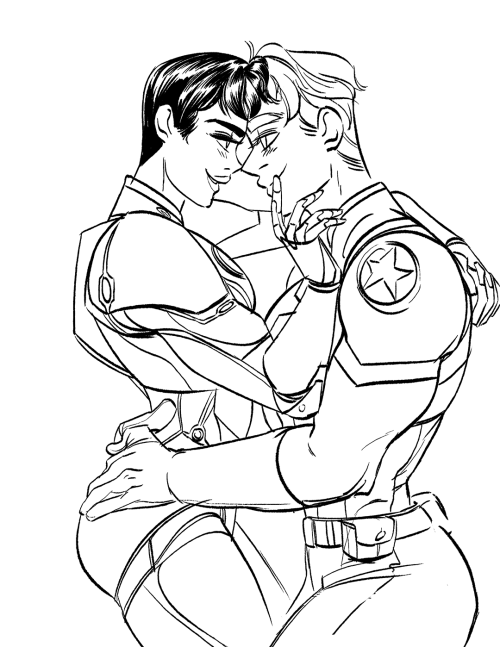 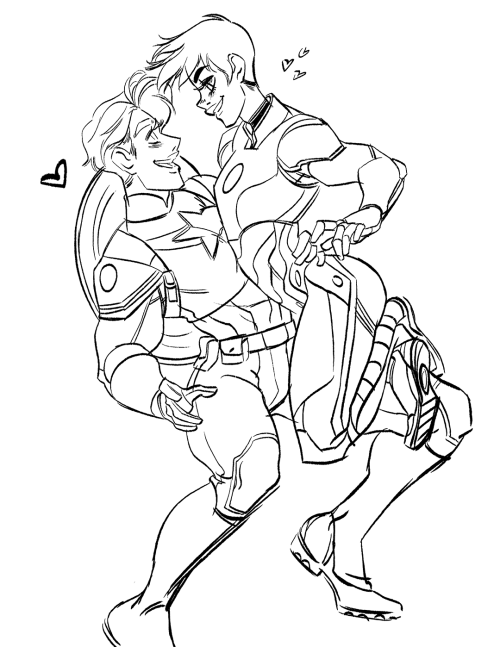 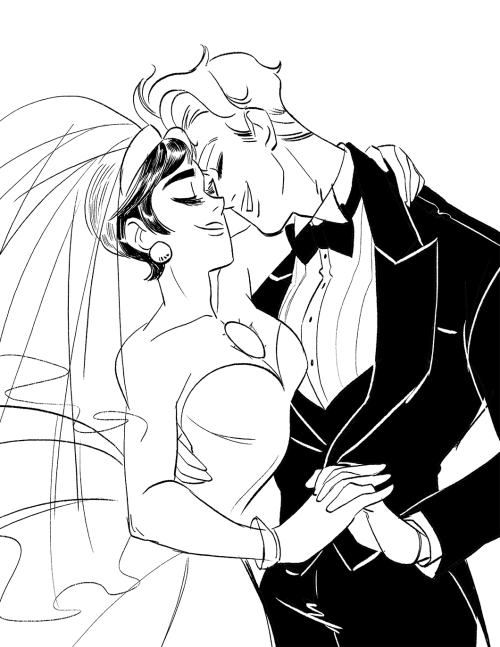 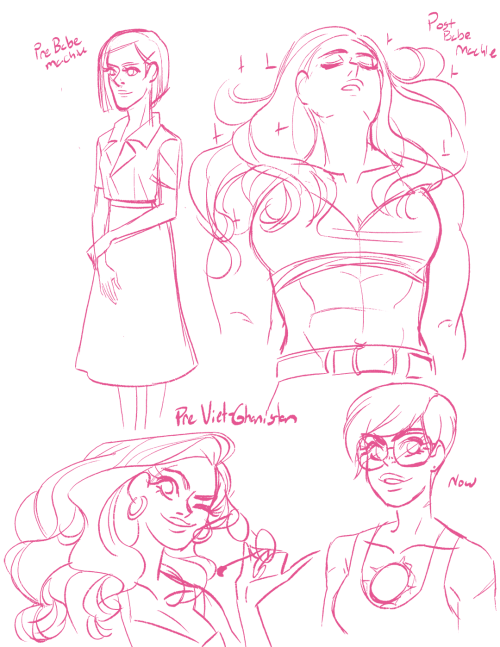 #scribbles, #stevetony, #but as wimmin yknow
171 notes · See All
hackedmotionsensorsPhoto

I mean so obviously I stevetony-d it 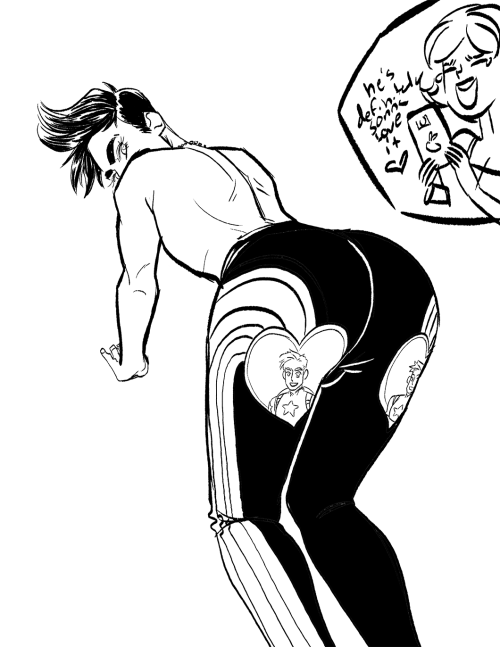 an oldie but a goldie Incubus Tony hahaha

Do not repost to any site 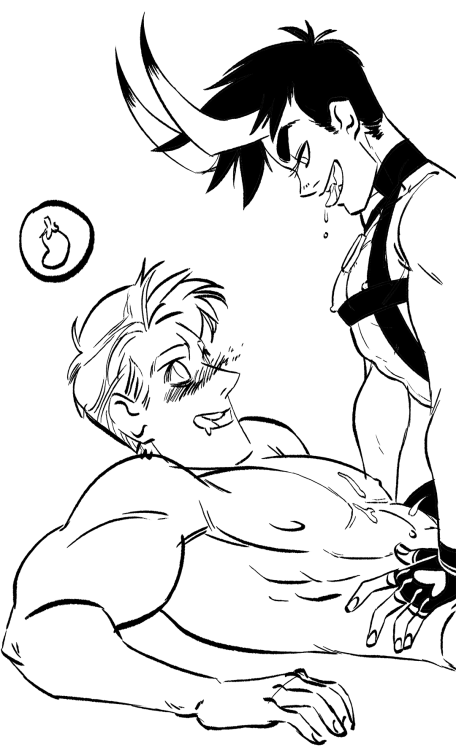 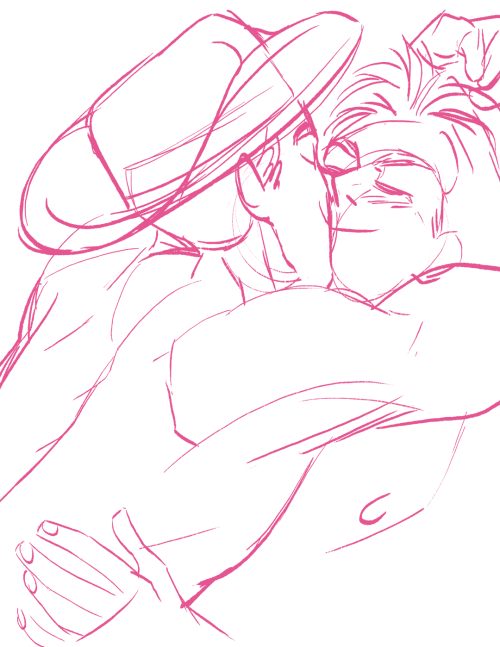 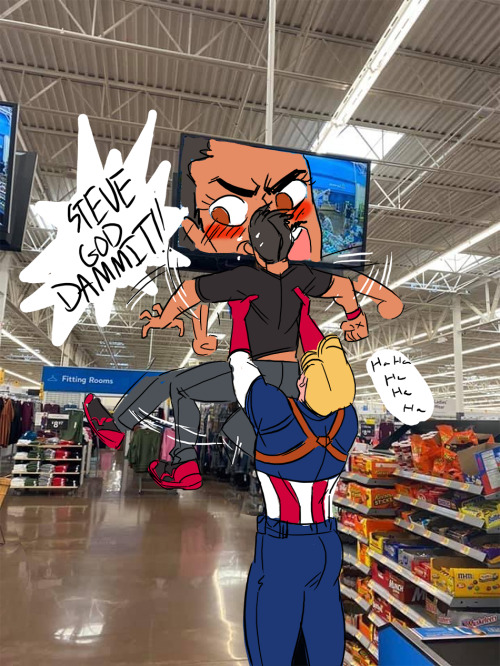 cant believe avengers: endgame (2019) ended like this. love that for us 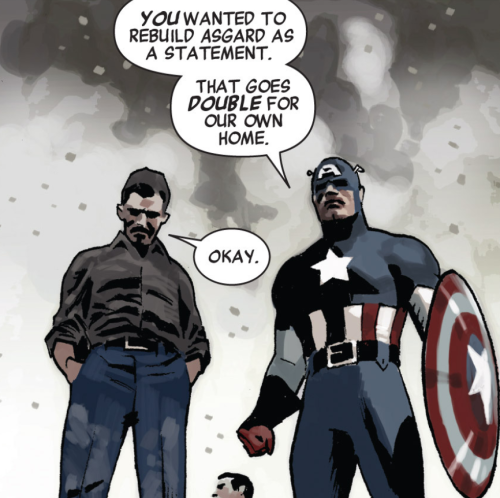 #imagine if it actually did though. i would know so much peace, #stevetony, #m.panels
22 notes · See All
Next Page