I match upu with…

You got yourself a wild card here. While Sticks is genuinely a good and kind person, she takes some getting used to. She’s a very superstitious and paronoid person, some would even say she’s afraid of her own shadow. But once you get to know her, you’ll find that she’s actually a really fun person to be around and can learn a lot from her. When you two first meet, she’s very wary of you, afterall there’s no telling what you could be. You could be a secret government agent come to spy on her, or a robot alien come to scout out the planet to see if it’s worth invading. But the more she observes you, the more she finds herself admiring you for your kindness and your tendency to put others before yourself and she eventually decides that you’re alright. Similar to you, she perfers creepy crawlies like snakes and spiders over the typical fluffy cat or dog and, rest assured, she’s just as tone deaf as you are. Have you heard her singing? Lord have mercy on the ears of anyone who dares to attend karoake night. Though Sticks is very distrusting of technology, she’s to at least try video games, so long as you keep the consoles out of her burrow. Your music taste is also something that she can handle a little better, she’s not a big fan of loud, hard to understand modern music such as trap, though don’t be surprised for her to ask her to play the songs backwards to check for any hidden messages. While she doesn’t understand meme references as she doesn’t have a phone, she does appreciate a good pun and will enjoy having a laugh or two with you. She’s willing to you talk her ear off about whatever you like, afterall, you do the same thing for her when she’s rambling on about superstitions. While Sticks can be a bit hard to handle from time to time, she’s got a good heart and a great personality and you can count on her to keep y'all’s relationship interesting. 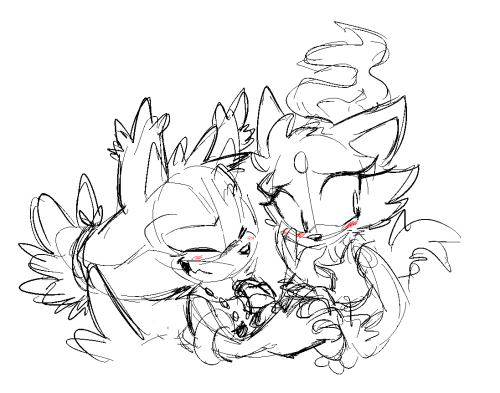 Sticks: Even I don’t know whats going on anymore! 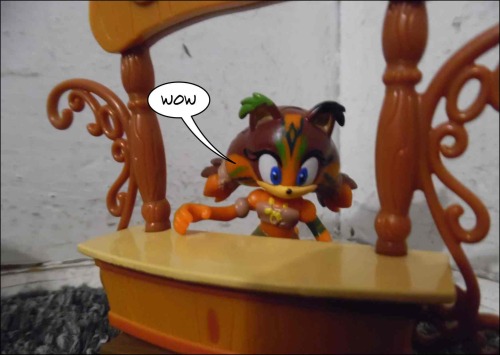 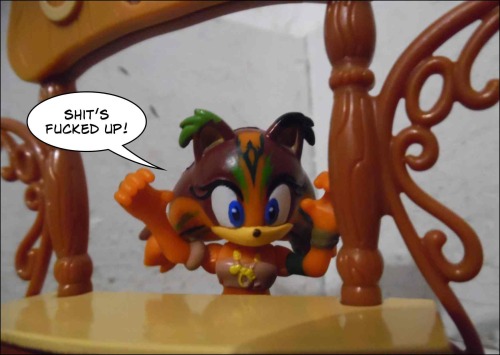 sm reverse au stuffs, i like that it just feels ooc LMAO

But I won’t believe you. 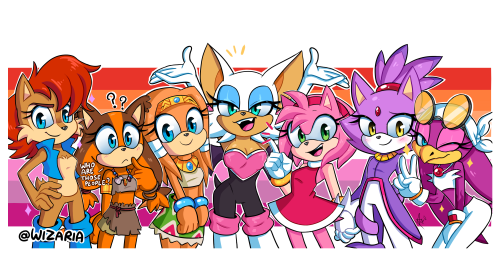 (This was so much fun)

✔ Eggman once invited Sonic and friends over to his lair for a movie marathon, but it was really just an elaborate scheme to destroy them. Unfortunately, he got so caught up in the movies and actually enjoying having company that he forgot to trigger his couch robot to eat them while they sat distracted.

✔ Shadow sometimes shows up at Sonic’s house randomly to mock him for being so pathetic and then leaves.

✔ Sonic and Eggman got into a fight over the last package of toilet paper in a grocery store once.

✔When Tails is really into working on an invention, he begins to talk and laugh like a mad scientist to himself.

✔ Amy attends nigh classes to get a degree in psychology.

✔ Sticks has a doomsday bunker in the middle of the woods and no one is allowed to know where it is.

✔ Knuckles attends a jazzercise class on the weekends. He’s gotten so good that when the instructor is unable to make it he leads the class. “Come on, Margaret, don’t loose the beat while your working those abs!”

✔ One time Eggman attacked them while they were in the middle of a D&D game. They decide to make things more interesting they will fight by the rules of the dice! They roll to decide for attacks, dodges, and quality of quips. Lucky for them, Eggman has terrible luck and manages to lose after rolling 8 natural ones in a row. 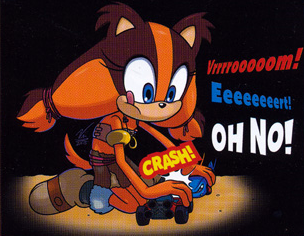 Assortment of doodles and wips

#amy rose, #perci the bandicoot, #sonic the hedgehog, #sonic boom, #sticks the badger, #shadow the hedgehog, #my art, #all of these are from my au that im working on, #its still kinda underdeveloped tho
24 notes · See All
adhd-sonic-the-hedgehogPhoto

Playing with my redesigns 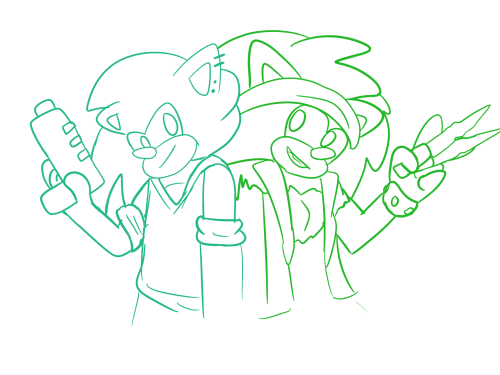 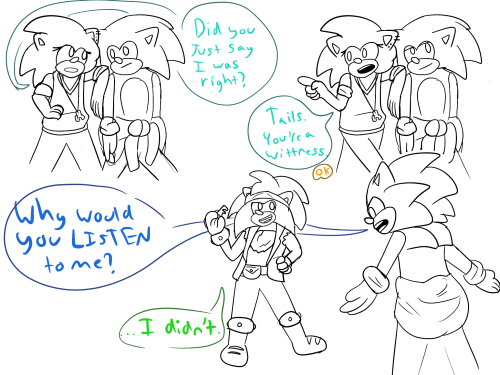 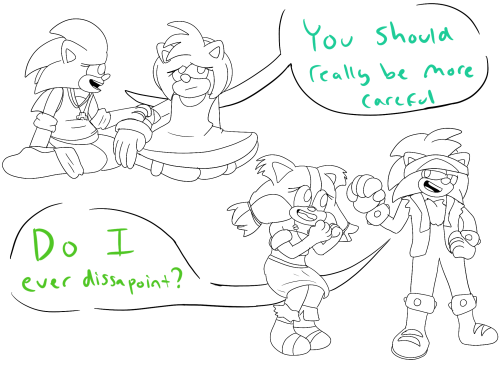 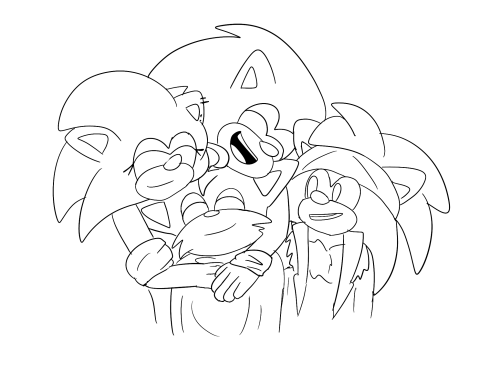 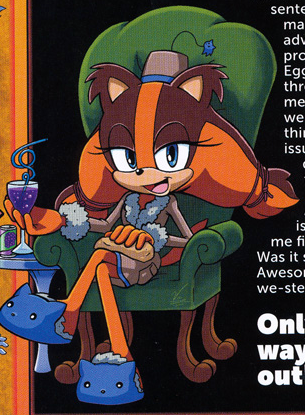 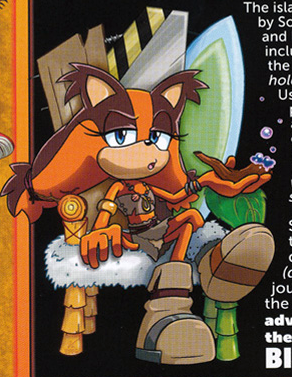 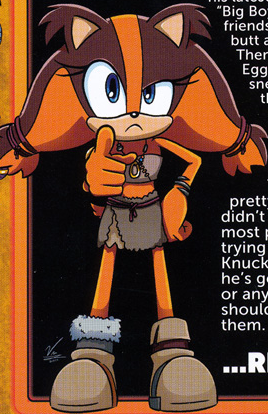 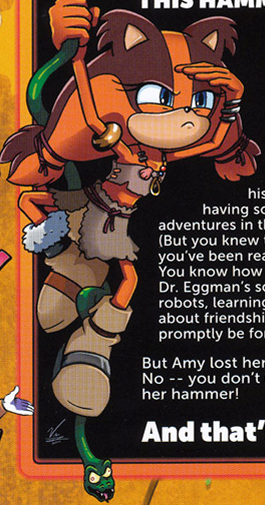 Sticks and few others will have to convince them first.

But then again, they seem to have a vendetta against Sonic himself so I can see the entire village going after him while the rest of Sonic’s team tries to stop them

Of course that’s when Boom goes feral and tries to kill all of them so, uh, oops 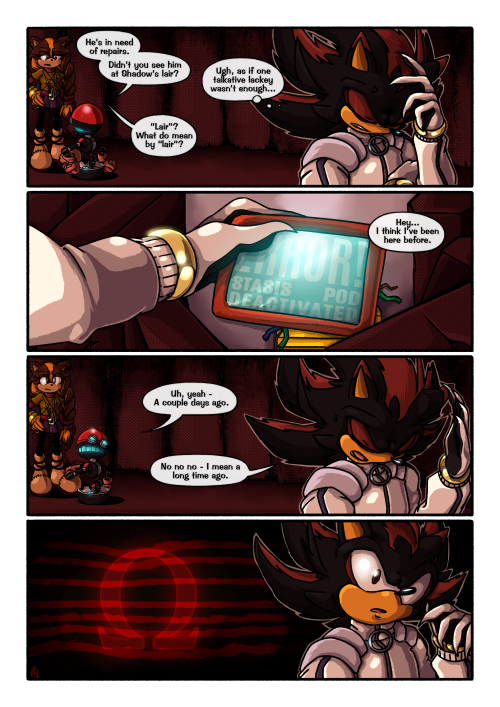 The posse was going out to the woods because something from there keeps attacking the town at night.

It’s while she’s arguing with them that the werehog makes his presence known (he wasn’t hunting them down, more like curious stalking) 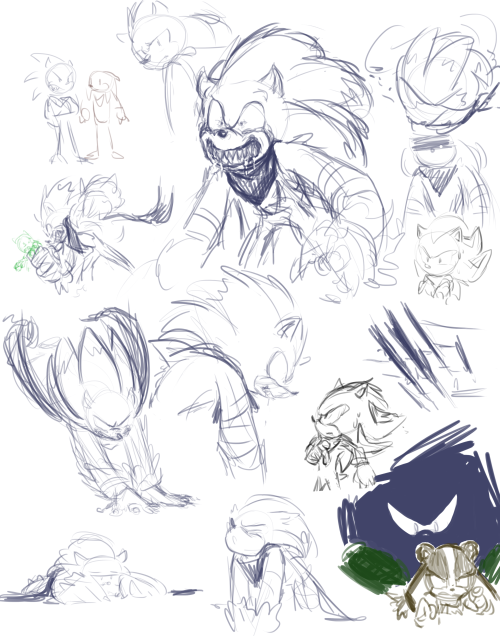 Oooo parallels! I really do think they’d get along. In all honesty, it’s a neat idea