Fellas is it gay to have a big ol overwhelmed stimfest for the last 13 hours??

#am i nearing a meltdown?, #the world may never know, #stimming
0 notes · See All
sensryPhoto

you know when you need to do something, but nothing fits so you just go through like every app to see what it is and its nothing and then you get super frustrated

It’s just a simple black chain! I mostly use it for tactile stimming

please credit me if you repost!

(for context, see This Isn’t Hypothetical For Chris, “Can You Come Get Me?”, No Words, and Drop)

Chris, in the midst of a careful, incredibly precise drawing of a tiny Easter Island moai while studying for the Non-Western Art History test, looks up, only to freeze, his fingers tensing around his pencil until he presses so hard the lead snaps off, rolling down the notebook.

His hair is pulled back, caught at his nape with a clip Mari let him borrow, but he wishes all at once that it weren’t, so he could shake it over his face, hide behind it. That it wasn’t blue but some color no one saw in a crowd, so she wouldn’t have seen him and known it was him.

He hesitates too long, and she shifts, moving herself into his field of vision again. “Chris, are you-… are you busy?”

“Hey, um, hi… hi, Callie,” Chris mumbles, looking back down again, clicking the end of the mechanical pencil to get more lead, enjoying the sound and the very slight press of the eraser against his thumb. “I’m just, just studying. What, um, what do, do, do-do you… what do you want?”

She seems to take it as an invitation, which it isn’t. When she pulls out the chair across the table, the legs scrape along the floor impossibly loudly, but only Chris seems bothered by it. The sound makes his teeth itch, a feeling he can’t possibly describe in any other way. When he moves the chair, he picks it up, carefully placing it back down, avoiding the sound that shudders through him and digs into the tiniest bones.

Everyone else just scrapes.

She tucks some of her own bouncy, wavy brown hair behind one ear. It’s chilly today, it was so foggy this morning Chris could barely see from one side of the bridge to the other when he crossed over the highway to the other side of campus to get some coffee to help him cram before the test. Callie is wearing a heavy cable-knit sweater that drapes just so off one shoulder, showing the silken strap there, and skintight dark jeans. She looks really pretty, but Chris mostly thinks everyone looks pretty.

Even Dylan in the morning looks pretty, with his hair all messed up. Even though Chris is still kind of mad at him and probably always will be.

Chris is in his usual thick black compression shirt, helping him hold off the weight of the lights, keeping the prickle of the Student Center from digging too deeply into his skin. Over that, a t-shirt from the Lion King musical that Mari brought back from her last trip home - (”I have like five, now, Chris, I’ve seen it in like six different places you can have this one, if you want? It’s from when I saw it in Chicago.” And of course he did, he is starting a small collection of shirts he had gotten from nearly everyone he knows), and one of Jake’s heavy sweater-coats, borrowed - but really stolen - from the house last weekend. Jake pretends not to know. Chris brings them back eventually.

Between Chris and Kauri, it’s a miracle Jake ever has anything warm to wear at all.

“So, I just-… I wanted to, um. I haven’t seen you around-… oh, did you get hurt?” She cocks her head to the side, and Chris looks away from her, spinning the pencil in his fingers, his foot tapping on the ground now, nervous energy bubbling inside him.

Absentmindedly tossing a piece of fruit between my hands until I mess up and drop in so now I gotta eat it fast or it’s gonna bruise.

#it was a plum this time, #very bruisable, #stimming
1 notes · See All
whatstodaysstimText

Good Stim of the Day is: having super floofy hair because of a sea salt spray and feeling like the fisherman I was meant to be XD I love running my fingers over and through it so much!

Stimming is going dbrbnsnrbrbd and idk what to do :/// 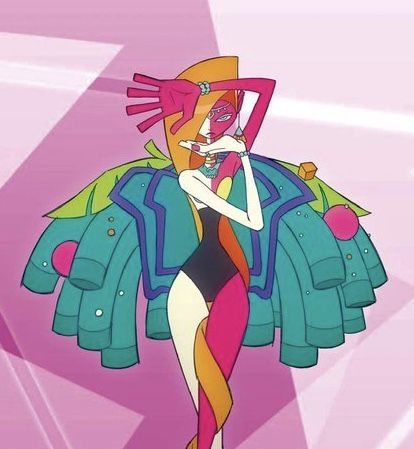