I may have talked about this before but, with all the new Covid gardeners, it won’t hurt to repeat myself.  When petunia blossoms dry up like this, it is good to pick them off because it stimulates new blossom production:

She kept coming back. Most migrating hummingbirds stay a day or two before migrating on towards Central America:

Excuse me but I believe you are in my seat:

Some days it is exhausting being a Silverback:

The Red Menace disappointed that it was just me with a camera instead of my wife:

Burgers for dinner. They were out of wood chunks at the Home Depot but they had a bag of “mini logs” … I may have found my new favorite source of smoke:

This is a great Spanish red. Spanish wine is reasonably priced and, like Italian & Portuguese wines, it is made to go with food:

Another story that didn’t end well:

Now that the temperatures are a little milder, our tomatoes in the backyard garden are starting to produce fruit again:

I planted some seedling potatoes early in the week and they are already sprouting:

Saturday’s backyard harvest. I love when those banana peppers completely ripen to that orange color:

We went to Plot 420 today. These morning glories are pretty but, between them and the cockleburs, pulling up our fencing at the end of the season will be a pain:

These beautiful coreopsis were a surprise:

Asian lady beetle on my arm:

Here is where the fawn got spooked:

The male ruby-throated hummingbird moved on with his lady friend. This little female is a new migratory arrival. She’ll probably hang around for a day or two before moving on towards Central America. Vaya con Dios, senorita:

One of our volunteer eggplants is starting to make:

I thought the two rat-bitten watermelons would start to rot but the wounds scabbed over and they are still gaining in size:

An arrangement of Plot 420 zinnias:

Another arrangement of our limelight hydrangeas. Both arrangements are the artistry of my wife:

I used to not like walking barefoot but over the past few years I’ve started to like it. I can feel the warm of the sun on the soil, the coolness of shade on stone, the moisture in the dirt that would go unnoticed if I was wearing shoes & the slight give of the soil under each footstep letting me know our soil is loose & not compacted:

Cheers folks! Hope y’all are having a great weekend:

How it feels to work in a warehouse full of men. 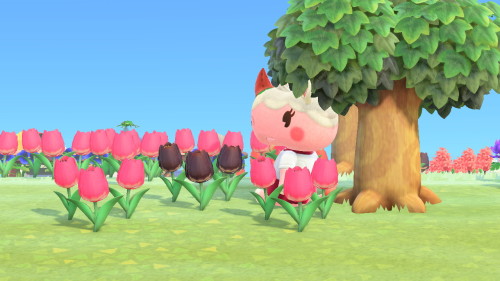 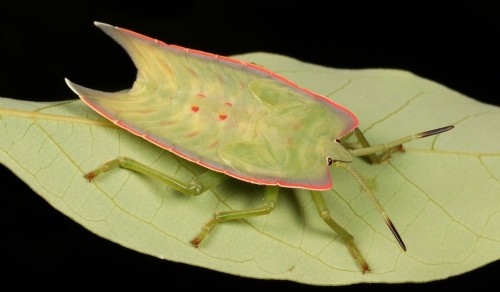 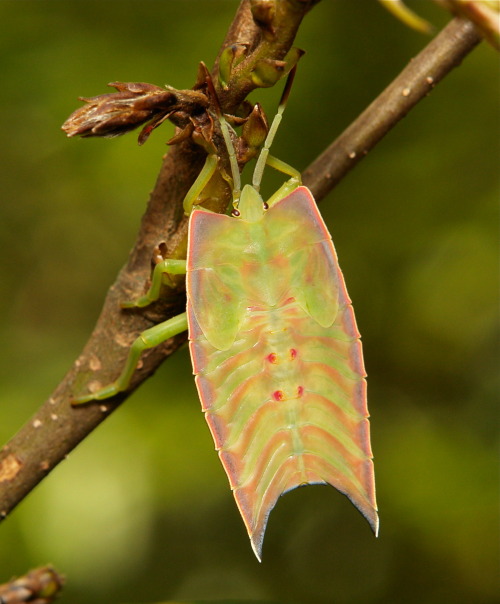 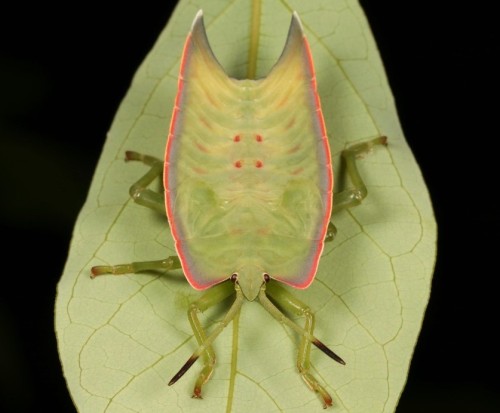 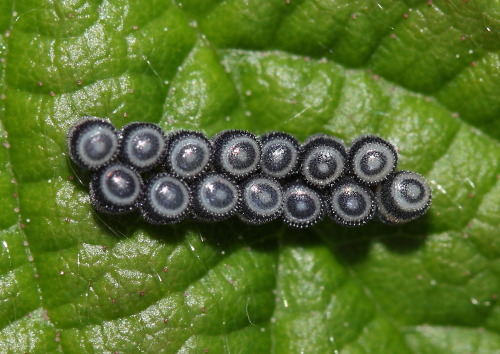 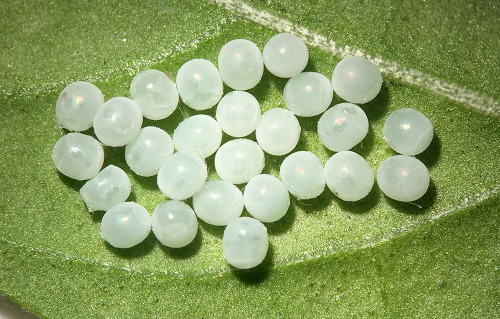 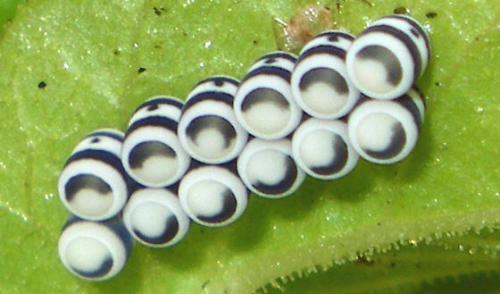 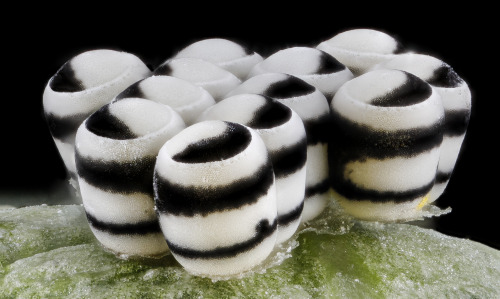 Lycidas was scared. Aishwarya was just taken by Vilgax, and the Omnitrix wasn’t recharged yet.

“Arjun! I gotta get Arjun!” He yelled, running back to the kingdom.

When he approached the gates, he was stopped by the guards.

“No, c'mon, let me through! I have to talk to the King! The Commander’s been kidnapped!”

“Relax, guards! That’s a guest of mine!”

“Arjun! Vilgax took Aishwarya! We have to go after that ship!”

Arjun ran to the armory, and grabbed two swords and armour. The Omnitrix finally times in, and Lycidas set the dial.

“I’m on it!” Said Lycidas, slapping down on the watchface.

Grabbing Arjun, they made their way after Vilgax’s ship.

They finally caught up, and Lycidas phased through the wall.

An energy beam made a huge hole in the ship, and Lycidas was now Laser Point (Chromastone). “This way!”

The two ran through the hall, but were stopped by drones.

“Ready for a fight, Uncle?”

Jumping into the air, Arjun stuck two swords into a drone, jumped off of it, and the drone exploded.

Lycidas blasted the drones with ultraviolet beams, and Arjun slashed and cut the drones into pieces.

Lycidas pressed his Omnitrix symbol, and he was human again.

“I’ve been on this ship so many times, I might as well live here. The prison cells just up ahead.”

Lycidas ran to the engine room, and as he was about to destroy it-

He was flung across the room, by Vilgax.

“You’ve foiled my plans of conquest for the last time! If you’re not going to give me the Omnitrix, I’ll take it from your corpse!”

“Bring it on, Vilgy!” Lycidas said, slapping down the Omnitrix.

From his eyes Lycidas fired multiple beams of energy, firing in different directions, some hit the engine, some hit Vilgax, and some hit everything.

“You took my aunt, you jerk! EYE oughta fry you up and serve you with fries!”

Lycidas fired at the engine, destroying it.

“Yes, Vilgy, yes!” He said, pressing the Omnitrix symbol on his waist, and he turned into Nitrocat.

He ran through the hall, and found Arjun and Aishwarya, and he turned back to normal.

“Thank God you two are ok! I’d never forgive myself if you got hurt!” Said Lycidas.

“But the real question is how are we going to survive the crash?” Asked Aishwarya.

“Omnitrix still has a little juice. Hold on tight!” Lycidas said, slapping down the watchface.

They escaped through the hole Lycidas made, and got on the ground safely.

“WE saved the kingdom. Vilgax could’ve done a lot worse than just kidnap you. Maybe he got caught in the explosion.”

“Or maybe he’s about to destroy you.” Said a sinister voice.

Lycidas was picked off the ground, and turned to face Vilgax.

“Why can’t you just stay dead, man?” Asked Lycidas, as he was choked. 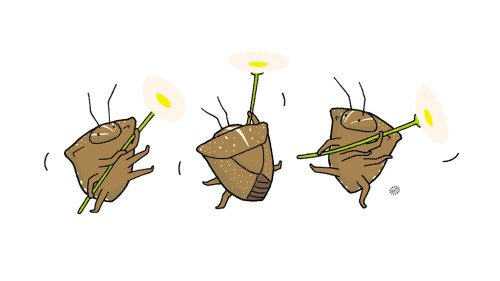 A stink bug got on my bus today and the kids were all freaking out so I calmly explained to them that the weevil doesn’t bite and is Very Stupid so we need to be nice to it and not bother it and it will leave us alone.

It worked better than anything I’ve ever tried in regards to bugs and convincing 8 year olds to not scream and jump around when 1 flies into the bus.

Just a gaggle of tiny children giggling about the Stupid bug and awww how cute, it can’t crawl up the window for nothing. Dopey little bug. 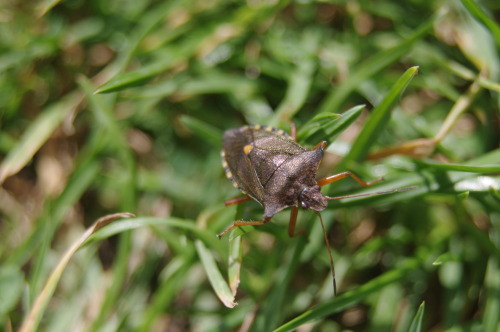 A clown stinkbug, on his way to steal your peaches! 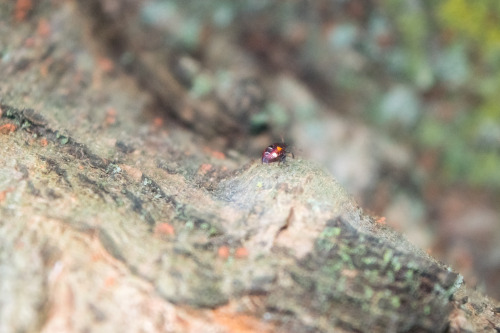 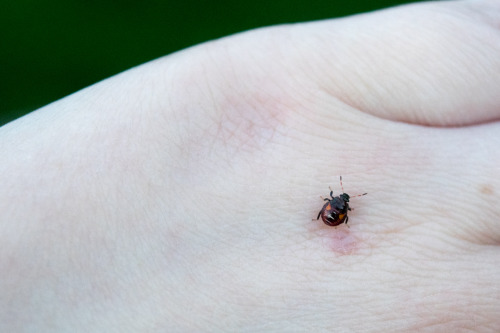 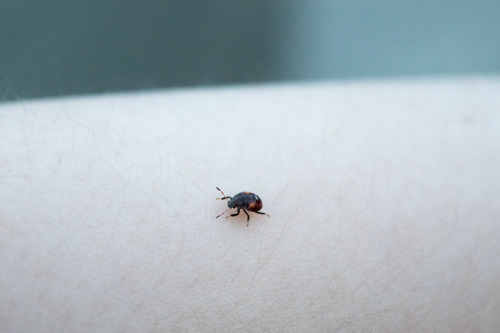 Funnily enough, while drawing this, a stink bug flew in my room. 🐟💨

A little stink bug me and my roommate/aunt tried to revive with a piece of apple. Alas he was a goner.

#it was nasty im pretty sure i cried, #listen i love bugs but i cannot stand stinkbugs, #idk why, #stinkbugs, #stink bugs, #zoe.txt
0 notes · See All
Next Page