As I am staring at this gorgeous sim I am on discord with Mimi and I look at him again and say “You gorgeous bastard.” 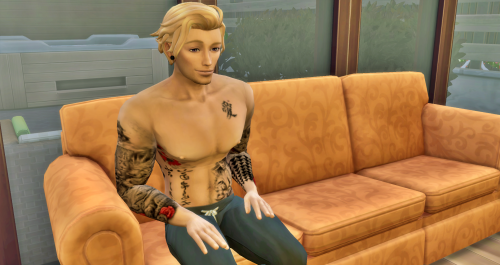 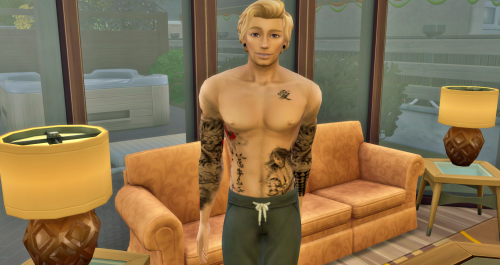 I just think it’s funny how tucutes/mogai people call transmeds transphobic, when they preach that being trans is a choice lmao. Like no, just stop it.

Hi followers!! I know I don’t post often but you’ve known me to post a few things advocating towards race

WELL IM DOING IT AGAIN BUCKLE YOUR SEATBELTS KIDS I NEED TO RANT!

Y’all……I truly love and respect every race and their differences and do my very best not to let my inherent bias get in the way of being fair to all (yes this includes white people) this particular post is not aimed towards White people. Actually I have something to address with fellow minority races like myself.

This is not all people of course but to those of you that think it’s okay to say the word N***a or copy what you believe are “black” or “ghetto” mannerisms need to fucking stop. In fact stop saying racist things about ANY culture not just black culture. It’s not cute, it’s not cool, it is just annoying.

Besides that! Why is it that some people feel like just because they aren’t white they can’t be racist? And why do you believe that white people cant experience racism? I know White people don’t have it as hard as minorities do a lot of the time. But there are times white kids get picked on for being white just like how we were picked on. Not every goddamn white person is untrustworthy and racist. There are bad people in every group of races and just because you’re black or Asian or Mexican, Indian, Arabic whatever! Doesn’t mean you’re exempt from being a little shit. Stop saying racist things about people’s cultures thinking you won’t face any consequences because of your own experiences it’s sick.

I can’t speak for other races experiences but I am black. And Black people we know what it is like to be oppressed, disliked, unwanted and disrespected. So why are some of us doing this to asian people? It’s the same as a bullied kid turning around bullying others. We aren’t ignorant so stop acting like it. Some of us are beating up Asians simply because there’s a virus out here. That is a hate crime and I know we all know a whole lot about hate crimes.

That being said I appreciate those of you no matter what race you are who stand up for others and have an open mind and want to learn more about the world and the unique kinds of people that live on it. If we just open our eyes we’ll see there is so much more than just us.

I’m gonna open this blog back up while I have the commitment to do so. I’ll be hopefully posting more often with actual things you followed me for thank you👌🏽

People online: freshmen 15? Now it’s gonna be the covid 19! Get it? It’s a joke about gaining weight! Hahahahaha

I miss my kitchen work. T_T

#stop it, #I wanna do a soft open again, #toonami, #food wars
5 notes · See All
deliriumdaydreamText

I’m getting really tired of being left on read 🤷🏻‍♀️ I guess I can start doing the same.

is my post about paganism and covid-19 STILL GETTING REBLOGS?

#stop it, #cut it out, #i don't feel like dealing with this anymore thanks
2 notes · See All
jalapenobarnesText

#not to post about covid, #i know everyone is tired of seeing it, #but this clown really said that people w/ lupus, #might not be affected by covid?, #to reassure people that it's ok to give plaquenil for covid???, #can someone make this STOP, #LIKE FORREAL, #STOP IT, #kjsgkdfgkjdfg
1 notes · See All
midnight-in-paris9Text

I hope everyone who writes imagines/oneshots/fanfic on this app about real, living people know that they see them, and they hate them.

He even looks good in a suit of armour. THIS ISN’T FAIR YOU KNOW. 😩

#charles brandon, #the tudors, #RUDE, #this is not allowed, #stop it
2 notes · See All
shurisneakersText

i have reached my absolute LIMIT

syncopxtc replied to your post: — Kindly stop showing him pictures of a sex y man…

#syncopxtc, #stop it, #you're not as suave as you think you are, #(you cant beat taichou in any case..)
2 notes · See All
hanasaku-shijinText

someone: yeah they’re totally fucking. they’re having sex. all the time.

#can y'all, #not make everything abt sex, #please, #esp if it's a kid ship and ur aging them up, #stop it, #get some help, #toadtalks, #vent
1 notes · See All
keiachi-chanText

Rolling girl: *is a song about depression & suicide*

Animators: lets have people roll down a hill

ace: i’m not going to the library.

ace: … i have enemies there.

#STOP IT, #watching nd
7 notes · See All
Next Page