Summary: Emily Jones is a seventh year Slytherin who is the popular goth that everyone loves. Soon she finds herself in a pickle with on of her teachers who never showed his feeling before.

Warnings: Swearing and such

Recommend song: My Oh My by Camilla Cabello

Summary: Sabrina is a rebellious student who unfortunately will realize that her relationship with another student isn’t going to end well. Also she finds out that someone she didn’t think cared for her actually does.

Time: Order of The Phoenix

Recommended Song: Therefore I Am by Billie Eilish 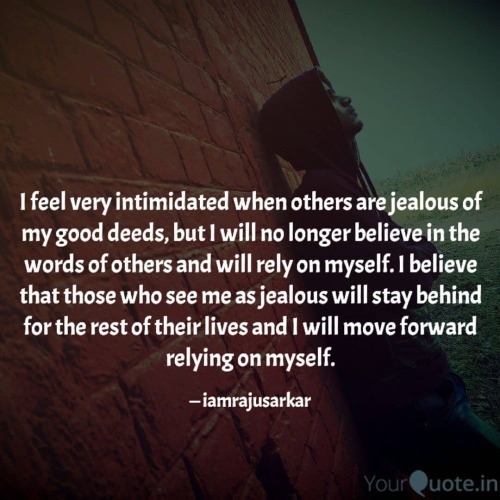 Spring is just around the corner, and do you want to know what that means? It is time for a rainbow of stories, and beginning this Monday, join Miss Jenn Webster for a week of great stories with “Rainbow Tales”, beginning Monday, March 1st through Saturday, March 6th, only at www.msjennwebster.blogspot.com!

Anthesteria: the Greek festival of spring and the dead

Anthesteria: the Greek festival of spring and the dead

The Anthesteria, in Ancient Greek Ἀνθεστήρια, was one of the four Athenian festivals in honor of Dionysus, “dead and reborn”. It was held each year from the 11th to the 13th of the month of Anthesterion, around the time of the January or February full moon.
It celebrated the beginning of spring, particularly the maturing of the wine stored at the previous vintage.
During the feast, social order…

The second part of the set of jars and vases already uploaded !!!! Yaaay❤❣❤

Praglia Abbey: a Benedictine monastery surrounded by the Euganean Hills

During the Middle Ages, many monks manually copied ancient books so they could be passed on to future generations. Over the years, the invention of the printing press made this work largely obsolete, but thousands of old books remained stored in monasteries.
Many of those volumes lies still today in the library of the Benedictine abbey of Santa Maria Assunta of Praglia, an almost 1,000-year-old…

It was a beautiful day outside. Birds were chirping, children were playing, the leaves were dancing in the dappled sunlight.

And today was the day that Moomin was finally going to break through Snufkin’s obsession with Animal Crossing.

Mundane to Extraordinary, a Journey.

I’ve been a little tired lately, not sure what part of me needs the nap. Is it my mind, my body or my soul. If you understand this feeling, i am sorry. Currently I’m not depressed, I’m actually a bit at peace. Somehow I at least have that washing over me. Maybe i’m tired of the mundane world. I’ve always said that the mundane bored me.

This life bores me, not gets me out of here kind of bored. More than sitting through a math class you have already been through one to many times, kind of bored. As if someone had chosen to tell me a story over and over again to the point I could tell it myself. And it’s not a quarantine type of boredom. Not the days blending together more like I’ve lived all of this. As if nothing new is to happen, as if it all already has.

No i’m not saying i’ve seen the future just that there is this impending feeling as if i’ve experienced all the good and bad and there is simply nothing left. Tomorrow I’ll analyse this with my therapist. She is great but i have read so much about psychology that i’m sure this is more dissociation than anything else. So let’s blame my mental health but at what point do i get to blame me. I feel like I deserve the blame for not being more, not having more going on.

Example one of the people i have come to realize is just an old friend but at some point saw him as a best friend. Regardless of his status in my life. He told me about this ridiculous drama that involved a group from high school I hadn’t been part of . Not then and certainly not now. I had pulled myself away from these people years ago and somehow I was being pushed into them. I was glad when he had to go and ended the call. I didn’t have the heart to do it, maybe I just didn’t have the strength. The mundane conversation of drama i had no part in one that i hadn’t cared about since i left high school. That was eight years ago. I could barely keep these peoples names straight let alone their stories. Until he said i was involved, he had entangled me in a problem that i had placed over a thousand miles between me and it. Regardless of what was being said, I couldn’t care less. Again I found myself without strength, energy or mindspace.

It made me realize that even my connections to the outside world i thought i belonged in, was so superficial. I now needed to cut off a friendship I had thought would last a lifetime or at least until I could replace him with someone less drama inducing.

The little energy I did have couldn’t afford to be wasted on someone who was not adding to my life in any way. I thought the mundane was just my daily life but it seems to include a lot more of the world then i originally gave any thought too. Turns out it’s all mundane. It’s all sameness. Nothing new, nothing changing. The opposite of extraordinary. The opposite of how I want to exist. But here we are you and me, living existing.

Maybe I wrote all this to say, I need to make myself live, I need to force it into my life regardless of who I must kick out to integrate some one or thing new. Let’s do it then.

Me and you writing our way through adventure on a hopeful journey to excitement.

“Hey, it’s me, but I guess you knew that already didn’t you, at this moment in time you’re probably wondering where I am, why I’m late, I could tell you what I’m doing, but in the end it’s not gonna matter, but here are all the small moments and big instances that led me to you, and the moments in between that trapped me there”

Hammond Report February 25 2021 From Pandemic Quarantino Jon Hammond - Daily Music and Stories from the organist & accordionist Jon Hammond, today’s music story about playing an outdoor evening concert together with the

! On a beautiful night under almost full moon under the direction of

(great trumpet player / fearless leader) - the music score was 6’ long with a lot of notes, actually I improvised in my own style for this program entitled “Organ Meets Bigband” thanks for support from

I’ll be back tomorrow with another Hammond Report, thanks folks,