For just $18.00
Willie is Blinged on the inside. This is a Unisex T-shirt - Gildan or Port Authority All Fit True to Size.
100% Cotton T-shirt

For just $16.50
We added a little twist to the 4 leaf clover! I love this southwest print! Each time we make a clover there will not be one hat that is the same as the next.!
Hat is Navy, Velcro adjustable non-structured. (Lo Profile)

You can get cap with or without Rhinestones around the Clover!

The St. Paddy’s Pub is finally finished. More info and downloads in the video description. https://youtu.be/fLAR1deNrkk 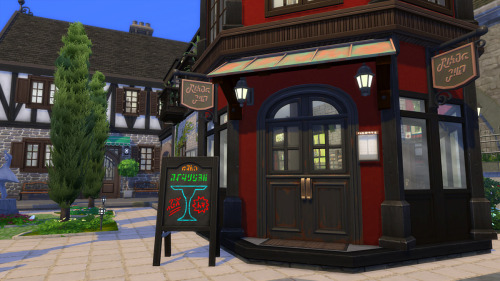 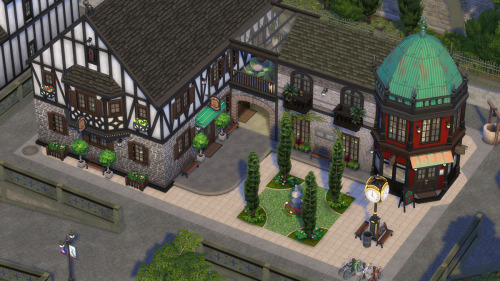 Obviously, I was inspired with St. Patrick’s Day being yesterday, so I’ve decided to post about the wormhole of Irish folklore that I went down in my spare time yesterday.

Without further ado–here’s what I learned about St. Patrick:

As far as Sainthood goes, he IS an official Saint of Ireland. Little is known about the actual year of birth for Patrick, and there’s even debate on when he died. What we can ascertain from his writings is that he existed sometime in the second half of the 5th century meaning, around 450AD…ish. We know this because he made references in his writings to the, “heathen Franks,” meaning, unbaptized. We can date the Frankish baptism back to 496AD, so we can reasonably say that he was born sometime before that date, and was old enough to know that they were unbaptized up until that point. Patrick was born into a Romanized family that resided in Britain–meaning they were, at that time, citizens of the Roman Empire. He was kidnapped at some point by Irish raiders and sold into slavery. Since his father was a deacon, he at this point, leaned heavily on his religious upbringing to carry him through these troubling times. He eventually escaped, reunited with his family, and then supposedly paid a short visit to the Continent (which is the continental Europe, not including Britain or Ireland which are islands).

He is best known for his work the Confessio where he wrote, in a diary style format, a personal account of his life. In one passage, he mentions someone called Victoricus delivering a letter, The Voice of the Irish, that encouraged him to return to Ireland. After some hesitation at the state of his educational qualifications, he eventually conceded and returned to Ireland to start his new career baptizing, converting, and journeying far and wide to do the Lord’s work.

To sum up, he was an old school missionary that was converting pagans in Ireland to Christianity. He claims that he was the first person to Evangelize “heathen” Ireland, but it was more likely the work of Palladius, a bishop sent by Pope Celestine I to baptize the Franks en masse. However unlikely his own claims are, he had regardless achieved a legendary status by the 7th century. Some commonly associated legends include driving all of the snakes from Ireland into the sea where they met their demise, raising an alleged thirty-three people from the dead (some of whom had been dead for quite some time), praying for food for sailors passing through a desolate area when a herd of swine “appeared,” and last, but most common, the use of the shamrock as a religious teaching tool. He supposedly used the three leaves of the shamrock to represent the holy trinity(three leaves for the father, son, and holy spirit on one stalk).

There is lots of speculation as to why we associate the shamrock with St. Patrick’s Day. Basically the consensus is that it was a huge misconception about the importance of the plant to the Irish. Irish folklore is riddled with talks of druids, nature, earth, and magic. It is likely that most Irish held the earth and its many flora and fauna with extremely high regard, and perhaps even saw it as sacred. In my opinion, this is why using the shamrock was an extremely effective tool in rousing the interests of the common people, and inspiring pagan believers into Christian practices. The next part of the association comes from the scattered tribes of Ireland and the common observations of outsiders in their normal hunting and gathering practices. Many writers describe the eating habits of the “wild Irish” as having contained shamrocks and clovers (which I have learned are NOT, in fact, interchangeable). Shamrocks have three leaves or flowers, whereas clovers may contain 4 or more leaves. Regardless, neither were known to have been a main source of sustenance, although, they were known to forage and eat quite a wide variety of plants including a similarly looking plant called wood sorrel which is almost unmistakably a shamrock to the untrained eye.

To make a long story of historical telephone short, it was written that these “wild Irish” ate shamrocks, a shamrock was already associated with St. Patrick who had used it to convert pagans, and like humans are likely to do, we saw a shamrock and said that goes with Ireland in our minds and it was forever associated with Ireland. So much so, that it is actually the national symbol of Ireland and is still worn on the lapels of Irish members of the Royal Irish Regiment of the British Armed Forces every St. Patrick’s Day, and fresh shamrocks are exported to wherever the regiment may be stationed throughout the world. The Prime Minister of Ireland, known as the Taoiseach or “chieftan,” also traditionally presents the President of the United States with a unique Waterford crystal bowl shaped like a shamrock and filled fresh shamrocks on every St. Patrick’s Day.

It’s a national day of celebration in Ireland and the best way to celebrate is by “drowning the shamrock,” a traditional salute to Ireland, St. Patrick, and to those present by placing a shamrock at the bottom of a cup and then filling it with whiskey, cider, or beer (be it green or not), and then drinking to a toast. The shamrock is then consumed or tossed over the shoulder for luck. This tradition may be where we associated the shamrock with luck and the Irish people as having luck on their side. If you’ve ever heard the phrase, “the luck of the Irish,” you’ll know that there’s something uncanny about their good fortune, but the phrase actually refers to a time during the 19th century called the Gold Rush. It’s commonly believed that a lot of successful miners were of Irish descent and thus the phrase stuck. Perhaps this is why we also associate the image of the folk character, the leprechaun to this holiday as well.

Leprechauns were known to Irish folklore as fairies that were tinkerers or craftsman and made shoes. One could determine the presence of a leprechaun from the sound of hammering in one’s home or place of business. These creatures were typically distinguished by an old lopsided (often worn or ragged) leather hat, and were small and sometimes invisible. If you were cunning enough to capture a leprechaun, you could threaten it with bodily harm or violence and perhaps convince it to lead you to it’s crock of gold. The catch is that you have to keep your eyes on the little guy the whole time, so often enough these cunning creatures would convince their captors to glance away and then disappear forever without revealing the location of their coveted gold. As you can see, it’s not a far reach to associate a successful gold miner of Irish descent with a creature of legend and mystery. This leads into a much deeper, darker, and less fun side of America’s history and the treatment of its immigrants of various descent, and for this piece, I don’t think we’ll go there. COVID-19 has done enough damage and deep, dark, less fun seems to be its operational slogan.

Stay safe out there, folks!

🍀What did everyone do to celebrate last night? Lol. 🍀

🍀 We want to wish our #barbizonstl family & friends a Happy St. Patrick’s Day! 🍀

#barbizonalum Kaya put her best foot forward at this photoshoot! 🌈📸💚☘