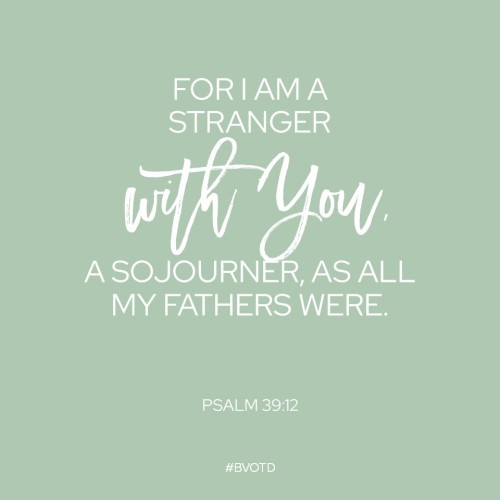 #psalm, #bible verse, #bible verse of the day, #bvotd, #scriptures, #stranger, #with You, #father, #sojourner, #all, #i am a stranger
1 notes · See All
sarcasticbookdragonText

Why is stranger things so perfect?

The Stranger.
“There was a figure standing at the foot of my bed when I woke up this morning-
They were nearly pitch black, with eyes of white that seemed to be glowing” 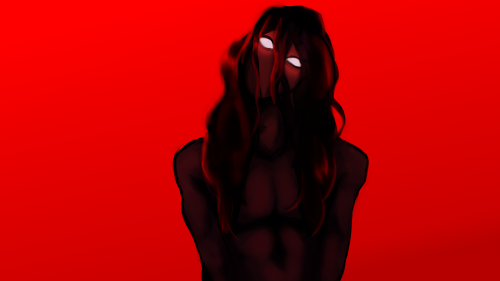 day one: write to a stranger

I couldn’t feel my body. Everything was so blurry, the sharp iron smell wrapped my nose. I tried to move, but something didn’t allow me to do it. Pain. I looked at myself, and a huge wound appeared in front of my eyes.

I tried to move, it was hard. I looked around: everything was on fire. The city was not like before, thousands of humans were killed. I got scared.

I called my friends, but only silence was heard. With some effort, I made myself to move. Too much blood around, no living soul was here. I questioned myself who did this. But when i got to one destination…..my mouth fell from horror.

I ran to my boyfriend. He was laying dead, no living sign was. Tears ran from my eyes. When i looked up, Liya and Axel were laying dead too. Even Lucifer and Michael were dead.

I called nephilim, but instead of him, a strange figure appeared in the dark coat. They didn’t look friendly. They were levitating, were they even a human?

I shouted at them with fear, but they only smirked. I couldn’t see their eyes, nor couldn’t see if they were woman or man. My wings were too weak, more over, they inched from pain, like they were broken. Suddenly, stranger lifted up someone. It was Nazeel. He was covered in wounds, crying. I was shocked.

I tried to fly, but got down by stranger.

Stranger: No use to fight, my dear~ Nephilim’s power is mine now~

I tried to speak, but no sound came from me. How I hated myself at this moment, for being weak, helpless. Suddenly, stranger lifted Nazeel and began to use their powers. I tried to prevent them, but no use.

I opened my eyes widely and stood up. A cold sweat covered my body as I looked around. Was it all just a dream? I examined my body, there was no wound, no blood. It was all…just a dream. Or more like, a nightmare. I sighed with relief as i heard footsteps, coming to my room. It was Liya. She opened the door with rush.

Liya: Anoli, what happened?? I heard your shout!

She looked worried at me, noticing my tears coming from my eyes. I breathed deeply.

I quickly rushed to Nazeel’s room as Liya was surprised by my sudden rush. When I got there,I carefully opened the door.

When i entered the room, my heart and soul calmed down as Nazeel was safe and sound, sleeping peacefully with his bear. I sighed with relief.

Anoli: Phew, he is safe and alive. That’s good…that’s good.

I tried to calm down, but tears kept coming as my back faced the wall. Liya came closer to me.

Liya: Anoli, is everything okay?

But I couldn’t answer to her. I was too scared by nightmare as I lost my voice. I wanted to cry things out. Liya hugged me tighly.

Liya: Come on, let’s go to kitchen, i will bring the glass of water.

And we went to the kitchen. For couple of minutes we were in the kitchen. I told her about my nightmare, how terrible it was, and that she and others were dead. She was astonished by my words, but still tried to cheer me up, saying that it was just a dream, nothing more. However, we both knew that one day it could be real. Stranger in my dream could be the one, who killed Nazeel’s parents, i was so sure about it. And yet, for now we couldn’t do anything. Liya sighed.

Liya: Okay, we better go to sleep. Tomorrow with clear head we will see what we will do. We’re safe for now.

I nodded to her and we both went to our separate rooms. However, I didn’t fall asleep immediately. I still thought about this dream. I so wanted to talk to Chris, but i didn’t want to wake him up. And yet, my worried heart won and i took my phone and called him. When i heard his sleepy voice, I sighed with relief.

Chris: Why such late night call? Did something happen?

Chris:…..What nightmare did you have?

I couldn’t help, but giggle softly, nothing could be hidden from him. I told him about the dream, about him and Nazeel, trying to hold my tears. When i finished telling, he tried to cheer me up, and yet in his voice a wave of nervous could be felt. He was so sweet even at such moments, brave. Then, he suggested to meet each other tomorrow, and I agreeded. And after this, we finished our call, wishing goodnight to each other and then I tried to fall asleep again. Maybe my second dream will be better.

Chitchat with a stranger turning into 2 hour long conversation.

Milly Strange from StrangerVille. Clumsy, creative and of course paranoid. She really wants to reveal the secret of StrangerVille. Will she do it? 🤭🌪🌩 Also watch the video 👉🏼 NEW: Stop Motion meets Maschinima
https://www.youtube.com/watch?v=p_U4Bemz1BI&t=5s 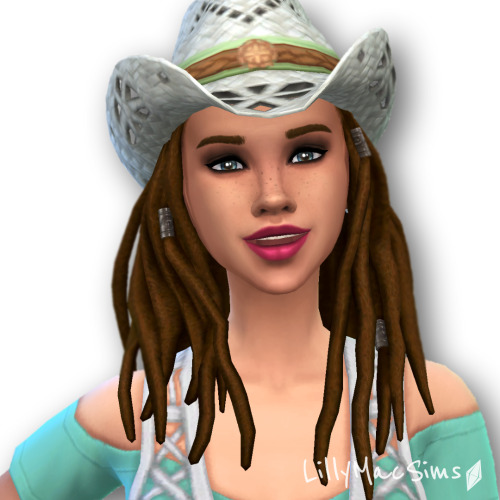 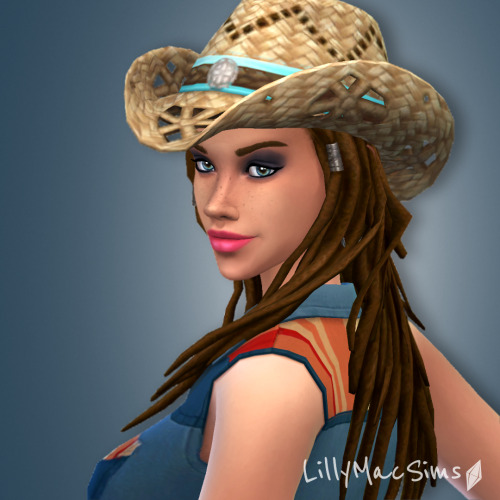 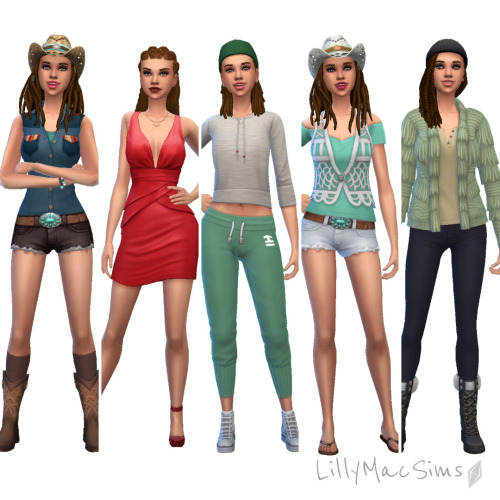 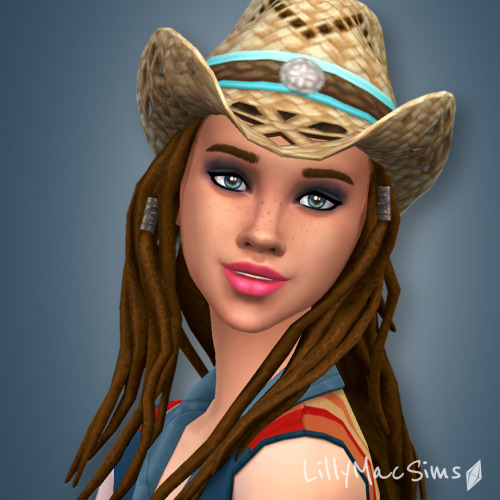 it’s generally agreed upon that the song is a retelling of the Japanese folktale, The Crane Wife.

according to the wiki page, “…a man marries a woman who is in fact a crane disguised as a human. To make money the crane wife plucks her own feathers to weave silk brocade which the man sells, but she becomes increasingly ill as she does so. When the man discovers his wife’s true identity and the nature of her illness, devastated by the truth he demands her to stop, she said she was doing it for love, for them. The man said that love exists without sacrifices but he was wrong. He who lives without sacrifices for someone else doesn’t deserve to be with a crane.”

how does this relate to Stranger?

“I only hoped to understand this work that drains you so”
the finder is trying to understand their partner’s ailments and how it relates to their work, just like the husband in TCW.

“But I find this metal demon, spinning falsehoods into gold”
however, unlike the husband, the finder, who is sung by Gunpowder Tim, reacts negatively to the found’s true identity. while the specific process the non-human partner undertakes to hide their identity is unknown, we do know that the singer for this role is Drumbot Brian, so we can assume it is somehow related to removing metal to reveal human skin. the line of “spinning falsehoods into gold”  may be similar to the story of Rumpelstiltskin, in which the maiden is forced to lie about her ability to spin straw into gold, but in this case the non-human partner is lying about their true nature while using their metal to support them and their partner.

“You don’t understand, I had to keep my nature secret/This was never planned, you were never meant to know“
just like the crane wife, the non-human partner tries to hide their true nature, only for it to be forcibly revealed when the human partner discovers them.

it becomes more evident that the non-human partner did this out of love, and wanting to support their partner, with the lines “I only meant to please“ and “I meant no deceit“ in response to the accusations of “In your place a monster I do see” and “All this time, I’ve lived with your deceit”.

TL;DR - Stranger is based off of the Crane Wife, the Found is some sort of metal creature pretending to be/disguised as a human that is discovered by the human Finder.

#the mechanisms, #the mechanisms band, #tales be told volume ii, #stranger, #song analysis, #wildfandom rambles on, #this isn't really related to the explanation, #but the knocking at the end!!, #that really feels like the moment of discovery for me for some reason
71 notes · See All
bijxuterieText
#yung lean, #sad boys, #sbe, #live, #stranger, #shield gang, #drain gang
8 notes · See All
Next Page