I haven’t posted in forever but I am here to post now. I am now streaming on twitch so to whoever sees this, hi! I’m a new creator who is currently only streaming minecraft but hope to branch out. My twitch is twitch.tv/frostleaf11 and I hope to see you all there!!!

thank you all who stopped by to hang out in stream!

will hopefully be back tomorrow with more phoenix wright if we don’t have anymore weird life stuff going on this week, heh

My friend does ART!

And she does commissions!

She also has Photoshop/photo editing experience. And can do book and album covers.

Samples of her prior work and her style can be found here.

or email her at windsweptspace@gmail.com

If or when Corpse decides to do a face reveal, don’t make a big deal of it please. Don’t go off on how it’s not what you expected, or about how hot he is or isn’t to you. Don’t say stuff like “about time” or “I’ve been waiting for this”.

And also don’t expect him to do one. He’s already said before he doesn’t like looking at himself. Barely anyone he plays with even knows what he looks like, Dave (BoyinaBand) and Jack (Jacksepticeye) are the only ones I know know what he looks like.

And also don’t pressure him to do one. It’s his face. Not yours. Yes you watch his videos, sure you watch all the ads for him, but that does not make you entitled to see his face. Because at the end of the day, it’s his face, and it’s his decision to show it or not.

#corpse husband, #among us, #streamer
148 notes · See All
diy-blazeVideo

Got a stream coming up hopefully soon today with a friend, sniper elite coop campaign. feel free to drop in and follow and watch! 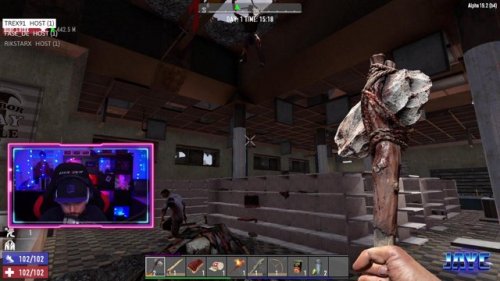 I also stream time to time my art or solo gaming suring the week.

I did not post my day 21 drawing so….. HERE WE GO! Inktober Day 21 “Hat”. Inspired of course by Pumpkins…. hahahaha

hi im kofiki and i am looking to become a streamer but i dont have many friends to play games with, so.. if you are: - under 18 but over 13 - play a variety of games - small/new streamer - fun to be around & chaotic pls dm me!! i would luv to be friendsss

Come check it out, I’m streaming the indie horror “Year Walk” for the first time!