Yesterday’s prediction was correct: today was super chill compared to these past few days! It seems like maybe my statistics class is calming down and it won’t be as hectic as it started out. I got everything done I needed to quite early, so I worked a bit on what I’ve got for tomorrow. I’m hoping that tomorrow I’ll also manage to work ahead a little bit, to leave for a much calmer day on Friday. 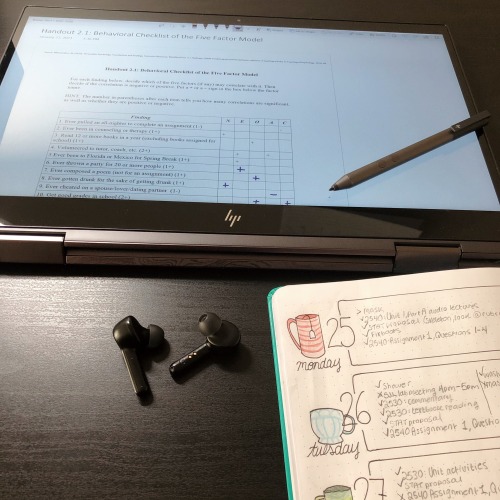 📚 Book Club meeting to get one of those incompletes addressed

📚 Read an article on the correlation between trauma, loneliness, and search for meaning

Yesterday was ok. Mainly focused on school at a mindful pace, full steam would have been better, but I didn’t want to flip my anxiety switch only to get nothing accomplished. Kiddo has been doing better about her schoolwork, which is a tremendous relief. Revamped the BBQ leftovers and sat in Narnia suspense. Sleepy silly movie night with RB.

What is the point of blocking someone if I still receive Jekyll and Hyde’s  freaking emails?  Am I seriously going to have to delete an email account I’ve had for over 10 years?

Scrolling~scrolling~scrolling through the spam {frozen } My shoulders tense, lips pursed. I take an exasperated breath so the  knots in my stomach loosen some and my tongue presses hard into my cheek  . I’ve felt this e-mail coming like a chill down my spine. I had hoped I would not receive it though. 

it’s been almost 2 years since I left him. Almost 2 years of him sporadically  fishing for contact with flailing  daggers and honey and all his violins.

I hate that after all this time I’m still afraid of him. I hate that he knows it and likes it. 

Of all my toxic exes, he is the only one who  took satisfaction from causing pain when he was irked to punish people and it took so little to displease him.  

Even the seemingly civil offerings of peace or this most recent one negging at my sympathies that his mother has finally died. They are traps. 

Now for some odd days I will try my best to ignore this dread throughout my body and not stare at my front door waiting for the gentle knock that becomes a pounding, demanding my attention.  I will do my best to not cringe at every unknown number or message I receive wondering if it is him pretending to be a stranger again.

I will do my best to remember that I am safe. 

Hello I have bothing to post yet but here’s a post reminding you to drink some water and rest your eyes!

Also have some cat pics!!

chaotic, but must be included

The lab meeting scheduled for today was cancelled, and thank god, because I would not have gotten my work done on time if it hadn’t. I read and took notes on an entire personality psychology chapter, handed in my research proposal for my statistics project (!!!), and worked a bit on a small assignment that isn’t due for a couple weeks. I worked way later than I would have preferred, but I got so much done that I’m not too upset about it. I’m hoping tomorrow will be a bit more chill. 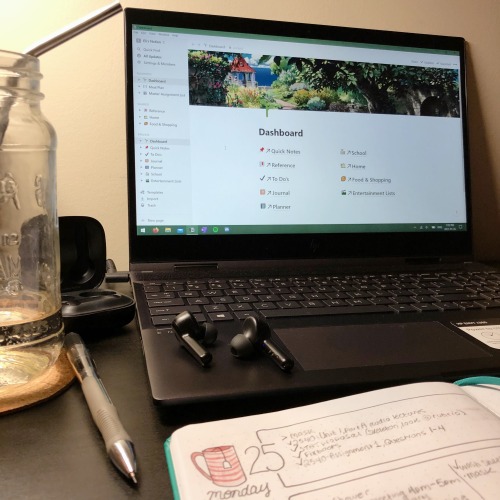 I reorganized my exams last week to make sure I pass the remaining ones exept the organic chem. So now I can focus on it . This is my last exam and I’m working hard to succeed. I’m trying to make note about every reaction.

I suddenly remember the teeth grinding irritation of having a nearly finished entry be eaten. Son of a…

  I hate how aches and pains can derail my momentum and how hard it can be to regain motivation when that happens, but I’m working on forgiving myself for not being a robot.  

🏃🏻‍♀️ Leg was feeling better so I hula hoped for 30 minutes then speed walk/jog for another 30 . I’m glad I splurged on the treadmill. I don’t always feel in a dance-y enough hula hoop, but it’s easy to zone out to some stand-up comedy while jogging. 

📦 Removed some nuisance  clutter from my room. I have not seen the floor of that corner in a while. 

📚 I read journal articles : how with a massive study they couldn’t find a correlation between intelligence and being poor/dying younger than those with more money, but they did find that personality might have something to do with it (more people with personalities that are more likely to make unhealthy lifestyle choices or don’t particularly choose pro-healthy  . At any rate, that didn’t account for 60 to 70% of why the poor, especially POC die younger  than those with money meaning that the problem mostly isn’t the result of personal shortcomings;

📚 Read about a physicians’ office that had the epiphany to extend their services into more of a network that connects patients to resources that help improve their quality of life (ex: Financial resources, community outreach services, and viable mental health resources)  , which both makes it possible for them to take better care of themselves and follow through with the prescription. This also helps helps their health preemptively before health issues faster .

📚 Read about a concern for Asian peoples. Apparently  there’s a phenomenon   where they die in their sleep from excessive stress. . Also realized I might be in a particularly jaded place when my reaction to this was, “Lucky.. my French/Irish genes just keep riding this existential dread like a bent unicycle” ✍️ I wrote another biopsychosocial reflection paper  on preemptive measures to prevent sudden nocturnal deaths .

Most of the time I don’t think about my obstacles as if they are my identity nor Ill-fated .   I don’t find that useful. I prefer to accept where I’m at, decide where I want to go, figure out how to get there, then do that..  It’s heavy  taking on  all these articles for school that paint me as a victim buried beneath the odds    with little hope for better.   I understand that the tone is meant to evoke sympathy from people on the outside who could make influential changes  , but from the inside the language is pretty disempowering and disheartening.   

Sometimes it reminds me of my ace though. l’m lucky to I have access to knowledge.. all the knowledgeable  people in my life or that I’ve sought out over the years for council about financial planning, frugalness,  career, how to constructively use the resources that are out there, cooking, child development. All this shapes an escape plan out of the chaos. 

Yesterday was refreshing . I felt energetic again and touched on all the important zones of my life: mom-ness, home-harth -ness, studies,  dog-mom, adulting, self-care, girlfriend-ness.

Had another cozy night of everyone unwinding, cuddled up on the couch under fluffy blankets enjoying RB read more of Narnia.   Tucked kiddo in.

Knowing what I know now about trauma reenactment,  I could never humor a proper sub-dom dynamic again for myself, but some things are maybe hard wired. I’m not unlike many people who get exhausted from having to manage everything, control everything day in day out who relishes having one area of my life I can let go. I appreciate RB doesn’t mind being a silver medalist from time to time though. He’s an artist, really. 😆 

   this morning as I wooshed the purple high in the air and  fluffed pillows, I realized a while back I had set a goal for myself that I wanted to be one of those kinds of people that made their bed every morning, but I could never stick with it. Now I have a German Shepherd who sheds tumbleweeds and I make my bed every day lest I sleep in mounds of itchy fur.  sometimes we become who we hoped to be without even noticing because it occurred so seamlessly as we make decisions that form a pathway .

Exam period has started! Next week I have to survive two exams. This week I present the topic of my assignment. Busy times!

Today was ✨a mess✨ but thankfully I did get done the bulk of my project proposal. I’m hoping that this statistics class will get a lot better now that we’re hopefully back on schedule and the project is mostly sorted. I have my second lab meeting for my research assistantship tomorrow but I haven’t been assigned anything and nothing has really happened since last week so I’m not really sure what we’re going to talk about. 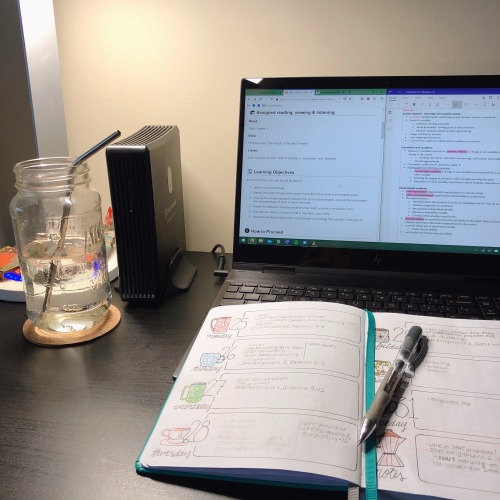