Just so you all know that New Beginnings isn’t just me making stuffs up. 👀

HEY does anyone happen to know the ship name for Pearl / Pink Diamond? I am drawing a huge blank

Hmmmmmm, I can see the similarities, but not quite. White Diamond considers other gems basically as imperfect extensions of her perfection, whereas Her Imperial Radiance may be closer to “Awww look how ADORABUBBLE these lowbloods are!” They’re not 100% equivalent.

Happy Change Your Mind day, everyone.

COMMISSIONS ARE OPEN PLEASE REBLOG THE COMMISSION SHEET OR CHECK OUT MY KO-FI (LINK ON MY BLOG) IF YOU LIKE MY ART AND WANT ME TO KEEP MAKING IT. ONLY GOT FIVE COMMISSIONS SINCE OPENING THEM (IN OCTOBER 2019) SO IF YOU’RE THINKING ‘SHE’S PROBABLY GOT TONS SHE’LL BE FINE’ YOU’RE WRONG.

Rose/Pink does have Heart leanings - she has to find her own identity, her own role, shape a place for herself in a society that says that everyone has a predetermined place, and that’s very much a Heart narrative. But I think it’s… not so much that she’s a Heart-bound as it is that she’s caught up in a system, a society, that actively denies individual identity, and that she ends up starting something new as a result of getting out of that environment. That Heart is important to her journey, but not the core of what her journey is about. That being said, I’ll definitely say that Steven has potential as a Heart-bound. His entire journey and growth are centered around his identity - figuring out who he is, who Rose was, identity. That’s Heart. Maybe Steven is a Page of Heart, then…

Oh yeah Steven is pretty Page of Heart-ish in general. Though honestly I did NOT expect the ask earlier to spark SO much SU talk tonight. X3

Oh no, I was thinking about it too, and it is fitting passing down the Heart Aspect to Steven but with a different Class. Also, Pink.

Rose Quartz and Pink Diamond? Same person, same classpect. Probably active Life aspect by my reckoning. But get this: changing the LUNAR SWAY…

That is an interesting thing to go for, huh. Not sure how it’d work in this case, my brain is kinda mush atm sorry. X3

Sorry for the change in day and time only temporary. Promise.

Ok so all in all I enjoyed this episode more than I remember enjoying the first time. And verry reluctanly I’m going with a range here around C+ to mid range B. So basically anywhere from a 77-85 on a grading scale so you can tell I’m kind on the fence was it worse than the first episode or pretty much the same feelings I don’t have a solid idea of where I stand as of now. Anyways yeah. Done for today. See you this upcoming friday.

Now i’m wondering what they originally had planned for Jasper in movie… in the DVD commentary they said they had a “B plot” for Jasper but they don’t talk too much about it.

Just in case, this is based of lovetakeswork post about the DVD. 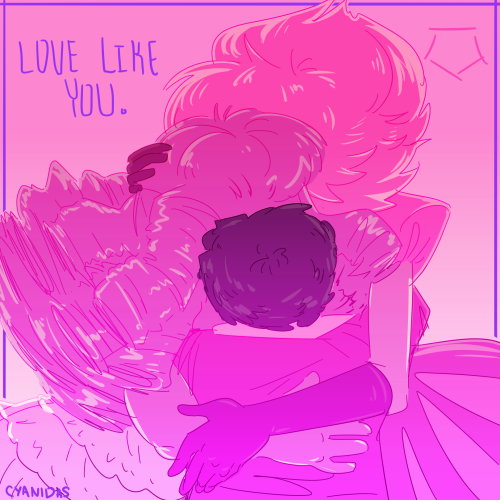 Pssst, spoilers for Steven Universe ahead

(don’t mind me talking about SU way late, I just watched the rest of the show that I missed)

Am I… Am I the only one who doesn’t understand the Steven Universe fusions for Steven?

Rainbow Quarts specifically. Steven isn’t a quartz, like the show told us in the beginning but was revealed as false later on. And Pearls certainly aren’t a quartz. However, Amethysts are which justifies Smokey Quarts, but wouldn’t Rainbow Quartz be… something else? And, idk Sunstone just confuses me in general.