having a relationship with sugawara

-how he confessed: he wanted to talk to you after school before he went to gym practice and told you to meet him by the back of the gym. seeing the seriousness of his face of course you were there a bit early. as he met you behind the gym he confessed that he liked you and wanted to be your boyfriend

-first date: he took you out on an ice cream date. it was cute and simple and it was a good way to break any awkwardness you both might’ve felt starting out as a couple

- his love language is touch, so he’ll always touch your arm, give you hugs, move your hair out of your face, or rub your back

- love love loves it when you show up to his practices or games, even if he might not play the whole time he still enjoys having you there to support him

- doesn’t care about pda, if he wants to hold your hand or kiss you he’ll do it

- the team tells him how he’s lucky and wish that you were theirs, kiyoko and yachi really like you too

- when cuddling he likes to draw little hearts or write his name with his finger on your back, stomach or arms

- pays attention to literally everything you say, if you happen to mention how much you like or want a certain item he will give it to you as a present

- always asks you why you chose him, sometimes he wants that reassurance

- likes to hold both of your hands when talking

- loves it when you sit on his lap

- when he told ukai that he wanted kageyama to be the setter he came to your house and slept over, although he never said he was sad you could tell and made sure to be by his side

- constantly has has to drag tanaka and noya away from you

- he enjoys little spa days with you

- he definitely was your first time for everything

- gives you his shirts to wear if you sleep over

*let me know if you’d like to see any other haikyuu boys :)

Sakusa would drive them all straight to hell😭😭

Haikyuu characters when they see a dead body

Atsumu - I SHOT THEM ON ACCIDENT I SWEAR

Sugawara - *confronts murderer* You were supposed to kill me, not mY KIDS

Suna - Finally I get to sleep

Ushijima - He should’ve come to Shiratorizawa.

Kenma - Is the murderer still here? Come get me too bitch.

Yamamoto & Tanaka - *nods in satisfaction* Shouldn’t have messed with our manager.

Yamaguchi: Who’s turn is it to give the pep talk?

Sugawara: It’s been a pleasure fighting with you. Some of us won’t make it, but there is a place where we will see each other again. And that place is Denny’s.

Sugawara: We’ll figure it out later-

Sugawara: Well then I guess I’ll see you in hell.

I think you kin…

Especially the songs This is love, Livin’ La Vida Loca, and Bacterial Contamination.

You are always called the mom friend or the responsible one in the group. But in reality, you are the wine aunt that just wants the tea. You are chaotic yet gentle, kind yet sarcastic. A  total opposite of what people first think of you. But even if they exaggerate your soft side, there is some truth to it. You are very kind and can be an angel. But your chaotic side only shows with those you are close with.

You can be very insecure. Especially when it comes to your abilities. You hate being useless to others and often try and be of use. You also have a fear of being replaced. Which let me tell you, that isn’t very likely. You love the concept of found family and already have one. And in conclusion, you are amazing.

When they have an s/o who loves disney princesses.

A/N: yeah still head empty on my osamu fic and yes you might tell my favorite disney princess is our princess tiana💚 i would die to have a friend like lottie, sure she’s spoiled but she’s a true friend to tiana, their friendship is to die for and i love that! If ur lottie hmu😘

description: sugawara tells you of the time he first fell in love with you.

“Do you believe in love?”

Suga was taken back by your question, turning around to see you innocently eating the ice cream he bought you a few minutes ago. You sat on the bench, swinging your legs back and forth. It was almost as if you hadn’t spoken, but the look on your face reassured him that you did.

He scrunched his nose, “What kind of question is that?”

You scoffed. “Just answer it!”

With those words, you turned away from him to the park. “Well, yeah, but that doesn’t answer my question.”

Taking Care of a Sick S/O

Y/N: What gets out Kool Aid stains? 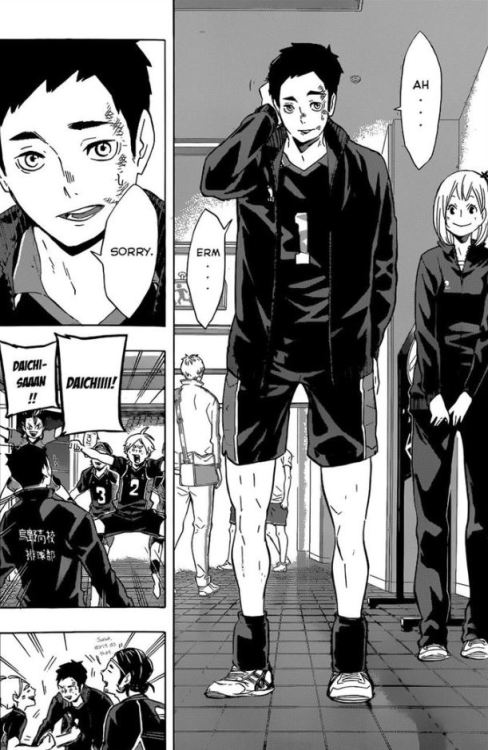 So… I got bored and I wanted to write for some of my favourite characters and I asked some people as well for who do.

Warnings: Death obviously this is Danganronpa. But I won’t go too deep into execution or their deaths just what happened to them and for the deaths how they were killed. Also Spolier for Post-Timeskip in Sugawara’s

So, your looking at the Ultimate Player y’all. Is it really a surprise? He a pretty boy, he’s got all the girls and guys falling for him. Like? How is he not the Ultimate Player? He makes whoever he is in a relationship with like he really does love them till he cuts it off out of no where. Killing game? One of the first to die. He’d be the first or second victim. He’d probably be an unlikeable person in it so he’d be killed because of it.

It is really a surprise that Iwa here would be the ultimate MMA Fighter? I mean look at those guns y’all. This hurts me but… He ends up killing, I feel it wouldn’t even have to do anything with any of those bribes that Monokuma would give them. Just being in a high school forever without any contact besides people with him he’d lose it and his temper would make him end up beating up someone to their death. After that he’d try to cover up the fact it was him with putting a knife in them as if he didn’t beat them to their death but he couldn’t get away. His execution… The Roaring Opponent. He’d end up being beat up himself

He’s the Ultimate Scientist!!! Like, this isn’t a surprise or anything. As for how he’d react to all of this, he tries to act like everything is fine but in reality.. He’s the mastermind… His reasoning for the killing game is to see what would happen if he put lots of people in a building and tell them to kill what would happen. IT WAS FOR SCIENCE! His prediction was that they wouldn’t actually go ahead and kill anyone..

Excuse me? Do I really need to say what it is? Well he is the Ultimate Gamer, I mean he’s addicted to it so I don’t really know why he wouldn’t be. He’d most likely be pretty calm with everything that was happening around him as long as he had his games. He’d end up being killed by the end since he would be an easy target you could say.

The Ultimate Teacher, if this is a surprise then there’s something wrong. I mean in the post-time it said that he was a elementary school teacher but still I believe he’d be the best teacher!!! If you are to make the agruement ‘Well the Danganronpa characters are teens though.’ Well can’t anyone teach someone? That’s what I thought. Also I believe that he’d be one of the survivors. The reason for that, he was way too nice and was helpful so no one really wanted to go after him.

little headcanons for kuroo, suna, kageyama, and sugawara as your classmates :) 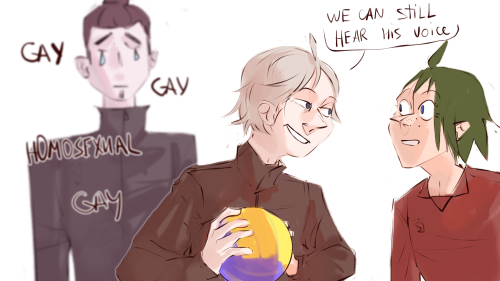