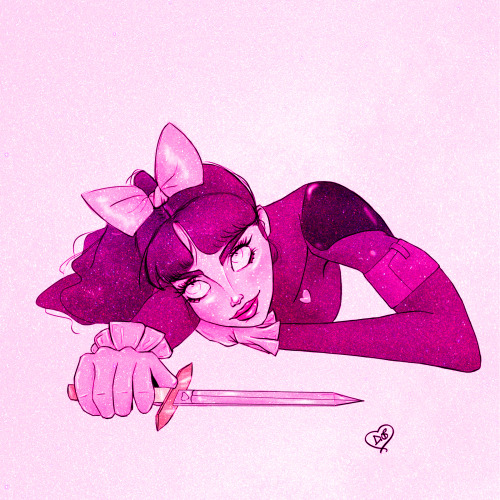 Oh Wade, I’m so sorry, I pictured that looking better on you and now we both have to suffer. 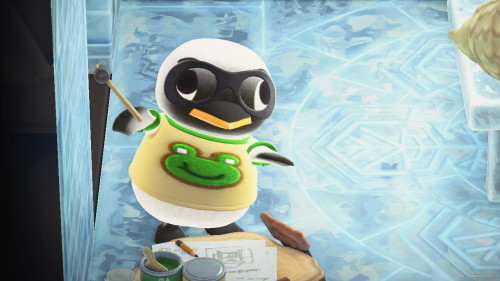 I call these two sketches: even super hero’s have bad days

All Might is hands down my favorite superhero of everything <33 I’m open for commissions, so if you love what you see, consider giving me a follow! :D 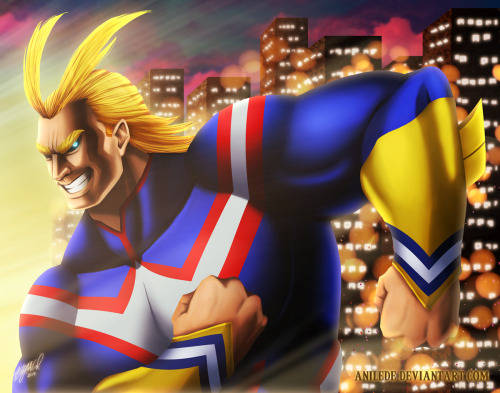 The new and improved Artificial Archosaurs, the best mass-produced henchmen to date, comes in grape flavour and imprevious to physical attacks.

Come get them while they’re hot!

Also have a look at Xotolotl and Catazalcuatl’s new designs below :> 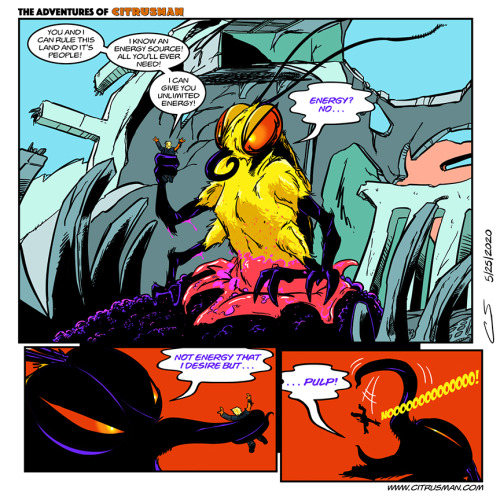 “In the Giant Skull Monster’s Grip”

Alt. title:
Mutant Prehistoric Crocodilian Superhero Escapes Giant Skull Monster’s Grip!
~ ~
Cave Croc has a moment to shine in the clutches of this giant beast, overpowering it with her iron will to survive to protect her friends.

I made this!!!! With my bare hands!!! All of it!!! I’m so proud of all of the months of work that went into it!! Would mean the world if you could go give Wonder Woman some love over on Instagram! 💥❤️💪🏼

Looking for drawing suggestions, I’ll do what I can so very sorry if I don’t get to yours. I’m looking for stuff in the realm of superhero comics.

“Indeed I do! I think I’ve mentioned stuff about them before, and this post gives a pretty good summary of how the Shard works in my body to even give me powers in the first place.

First thing’s first: my webs. Sure, they’re common as a concept when it comes to most Spiders, but instead of being organic or mechanical, mine are energy constructs. They’re about as durable as either of the other types of webbing on their own, but they do tend to hold up a bit better when they’re still attached to me.

There’s also my other constructs: I’m able to summon a pair of spider-gauntlets and a set of spider-arms, also made up of my energy. The gauntlets tend to be more useful when I need to put more power behind a punch, and the spider-arms can either help me stabilize myself if my hands are busy and help block potshots, among other things.

Whenever I summon any of those three things, it pulls from my available pool of energy. However, it’s technically not expended until the construct either gets separated from myself or breaks entirely. This isn’t really a problem for my webs, but an arm or gauntlet getting shattered carves out a not-insignificant chunk of my energy. The don’t break easily, mind you, but it’s still something I’ve got to be mindful of in the middle of a fight.

I can also turn invisible, but that particular power isn’t compatible with any of my constructs, webs included. If I try using any of them, their light will sort of ‘ripple’ through the rest of me, kind of negating the whole point of being invisible, so I’ve had to work around that when it comes to stealth. On the upside, it probably has some application when it comes to intimidation, but I haven’t gotten a chance to exploit that yet.

I’ve got a few more abilities that are tied to my energy too:

-Because my sticking power is magic-based, I can technically stick to things with any part of my body. It’ll work through most fabrics too, but it’s a no-go for anything thicker than half an inch or so. It’s useful if I need my hands free while clinging to a wall, and also if I need to hold onto more things than I can reasonably carry.

-Strength, endurance, etc. are all tied to my energy. I talked about that here, so I’ll spare you the exposition in this post.

-I have decent control over the energy in my own body, but I also have *marginal* control over the Shard energy of the other wielders. This one’s a newer ability, but it’s not on the level of what Beholder could do by any means.

-I can also use my webs to ‘write’. Well, they’re more or less my webs; the ones I write with aren’t really tangible to anyone other than myself, but I cast them in a similar way to my standard webs.

I’ve also (sort of) got one power that isn’t tied to my energy. You know how I talked about my parents in this post? Yeah, well it turns out that I ended up inheriting some of that X-gene goodness. It’s nothing super flashy like what my parents have, but it’s still come in handy even with me still not fully understanding how it works. Long story short, I’ve basically got what I call ‘control resistance’. It’s why Beholder wasn’t ever able to control me for long, and why I was able to pick up on my mom changing my memories when I came back home and wake up before she got to rewriting my entire history again. It’s another newer power, and probably the one I know the least about at this point.”

Whatever life holds in store for me, I will never forget these words: “With great power, comes great responsibility.” This is my gift, my curse. Who am I? I’m Spider-Man. 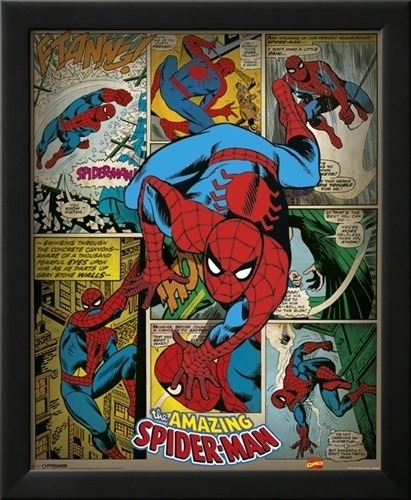 “Darkseid will have victory!” -Darkseid / / The God of lord terrorizes the heroes of Earth! NEW VIDEO out now 🔴 ~ Check it out via link in the description!
.
.
.
.

“Fergus is a fucking asshole.”

Blaine shot Arin a puzzled look. “What? Fergus is chill, what are you talking about?”

She smacked a nearby branch, causing its load of snow to tumble to the ground. “That entire thing at the mall could have been avoided if he’d let us train!” she exclaimed. “I wouldn’t have been completely useless while the Sight—fuck!”

Letting her frustration flow freely, she pried a chunk of ice off a nearby tree and flung it into the woods. It tumbled down and down before rocketing off a cliff. Its clatter echoed back up to where they stood atop a ridge, nearly a twenty-minute walk away from the manor. Blaine’s eyes followed it before shifting back to her.

“No offense, Arin, but do you really think like one month of training would have helped you against the freaking Sight?” he said flatly.

“It would’ve done something,” she insisted. “I don’t know what Fergus’s problem is. You know about the murderer in the city, right?”

“There’s a murderer in the city?”

“On the French radio?”

“Skylar translated it for me,” she muttered. “We could totally take him on though. You can track him easily and Lizz, Ying, and I could definitely take care of it once we find him.”

Blaine pursed his lips. “I don’t know. Like. It seems like it could be easy, sure, because we have freaking superpowers. But a real ass fight is different—”

“I know that. I’ve been in a fight,” she retorted.

“Fergus has his reasons,” he said. “I’m pretty disappointed too but I doubt he wants to be responsible for us getting hurt if he did train us and let us do shit. Look at it from his point of view.”

“My point is that we’re going to be in danger anyways. The least he could do—”

“He is teaching us self-defense.”

“It’s not enough! What’s self-defense gonna do against magic?!”

“…Magic that we’re immune too.”

“Stop being logical! I wanna be mad!”

She sniffed indignantly. He didn’t seem to get it. Well, why would he? He hadn’t been face to face with the Sight. He hadn’t been hunted by magickers for years. He hadn’t even been around when the Fear had attacked. Hell, Blaine had seen the bare minimum as far as Magics was concerned.

His smile faltered. “Well…sure, but be real, Arin, that’s a huge fucking commitment. Just imagine all the shit that would be put on us. We’d never be able to save everyone, either. Aren’t you worried about that?”

“I’d rather save somebody than nobody,” she said. “Honestly, I just want to be able to save us first. Even just that would be good enough.”

He sighed. “Yeah, I guess. I want to be a Defender, I really do, but I trust Fergus too, and he’s scared of that for a reason. Neither of us know what they’ve actually been through. Even the news stories only scratch the surface of what they’ve seen and done. I’m not sure I want that on my plate.”

At that, she hesitated. When she’d thrown her knife into the magicker’s eye the day she’d met Oann and Jean, she hadn’t had the stomach to pull it out. Yet Jean had ripped out her knife with cold efficiency. Oann had bent over the body and examined it, looking it over like it was little more than a curiosity. It spoke of years and years of death and killing, so many that they were numb to it.

Was that what she wanted? That same numb indifference? Wouldn’t that defeat the purpose of being a hero, detaching human and enemy just so she could kill without second thought?

“You know what I mean, right?” Blaine prompted.

She nodded, but instead of backing down she balled her hands into fists. Was that so bad? If all she needed to do to help people was detach herself from death, then that wasn’t a hefty price to pay.