“Hughes is now probably best-known for a series of paintings which he made later in his career, showing similarly ethereal females in fantasy flights across the sky (and related scenes). Wings of the Morning (1905) was his presentation of the dawn, the coloured doves receding into what he termed “a mass of cirrus clouds”, rose-tinted by the dawn light.

As the winged nude woman is not intended to represent any mythical figure or even angel, it is a “supernatural” fantasy rather than a re-interpretation of an existing story. The woman is bringing the early day, with its coloured doves, songbirds of the dawn chorus, and clouds, to dispel the bats and owl of darkness below her. Exquisitely painted and spectacular, it is also a good example of the difficulties that narrative painting had gone through during the 1800s.” source: eclecticlightco 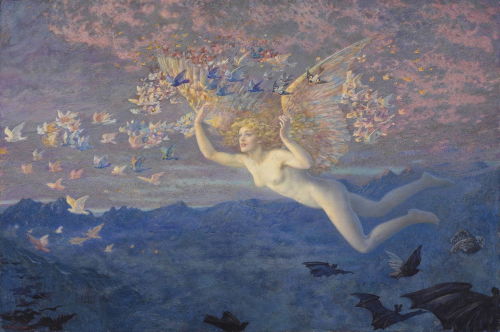 Saw this today in the store. And my fangirlin ass couldn’t help but wonder if Dean would like one

Title: Devils Look Like Angels (Chapter 10)
Summary:  Fem!Reader x Psychotic!Castiel. An unhinged, criminal, supernatural artifact collector extraordinaire… and the reader caught his eye. It will not take her long to realize that beneath the charm and mystique is a crazed killer who will go to great lengths to woo her.
Words: 2,014
Warnings (for the fic in entirety): Stalking, angst, death/murder, violence

Twins Lily and Rory are special. Inseparable, they communicate in their own secret language and seem able to see things that others cannot. Their grandmother, a self-styled mystic, says there is a hint of magic about them. But the life of privilege they were born into, on New York’s Upper East Side, cannot stop a campaign of vicious bullying against the “freaks” by their wicked classmates. When the abuse reaches intolerable levels, with a particularly egregious incident on a crowded subway train leaving both twins hospitalised, their brittle, highly-strung mother withdraws them from their school and sends them to the exclusive, mysterious, and old-fashioned Rosewood Academy, far upstate.

There they will learn that the latent magic abilities their grandmother suspected are real, and will be trained to their full potential. And they will need every bit of their training, because something lies slumbering deep inside Rosewood’s walls. Something that, drawn by their magic, is awakening… and coming for them.

someone can send a good sisfic winchester? can be on wattpad or Tumblr.

thank you for your time

The Passionate Witch
by Thorne Smith
With Illustrations by Herbert Roese

James Thorne Smith, Jr. (March 27, 1892 – June 21, 1934) was an American writer of humorous supernatural fantasy fiction under the byline Thorne Smith. He is best known today for the two Topper novels, comic fantasy fiction involving sex, much drinking and ghosts. With racy illustrations, these sold millions of copies in the 1930s and were equally popular in paperbacks of the 1950s. 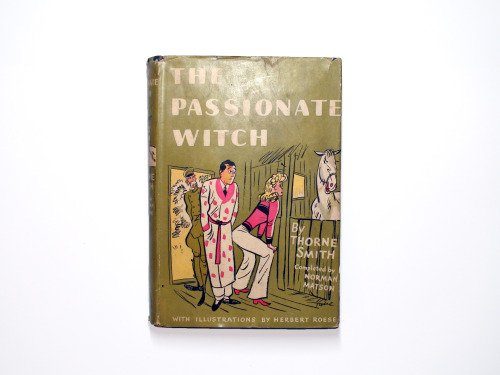 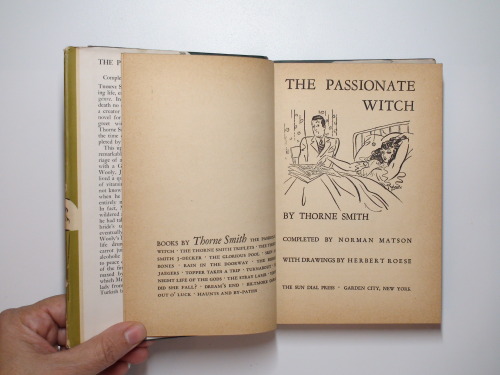 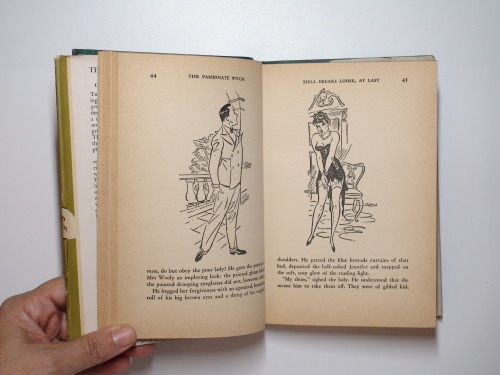 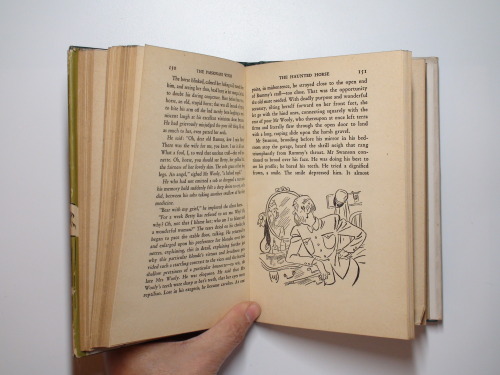 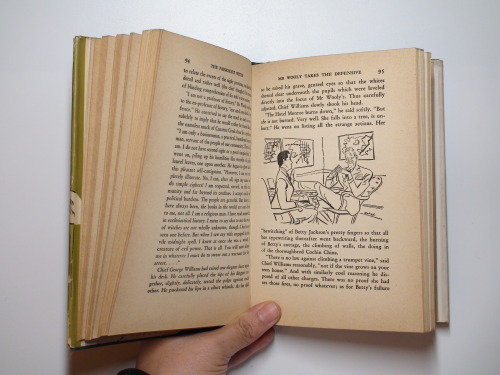 👥There’s lots of changes in Illusory’s rewrite - like the title and style! Here’s a test of visuals & process👥 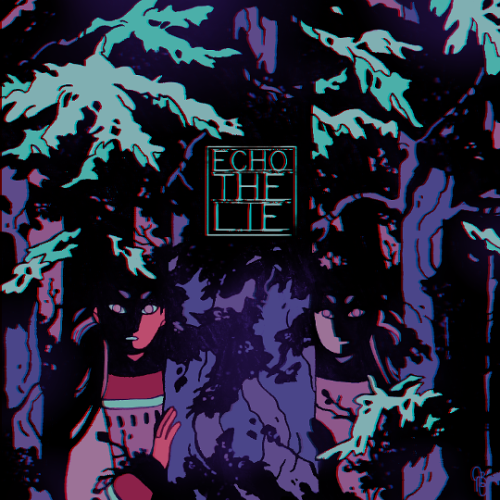 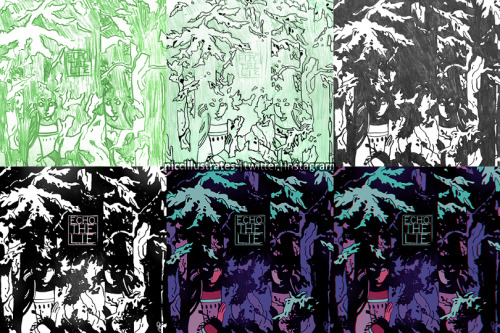 I think that we can all agree, if for different reasons 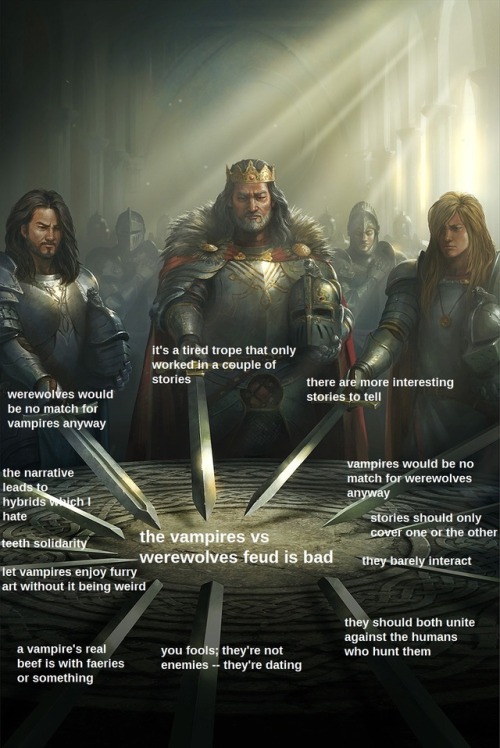 #vampires, #werewolves, #supernatural fantasy, #urban fantasy, #knights of the round table meme, #vampires vs werewolves, #not all of these represent my views of course
296 notes · See All
preciousorgelPhoto

Fated Meeting in the Woods

The stranger was shrouded in darkness by his thick cloak, from which strange brittle limbs pertruded at odd angles like tree branches. He did not appear to have a face, only a mouth and two hollow eyes that watched her carefully. And his form flickered with a warm orange light, even though her campfire had long since burnt away.

I finished reading The Bone Grove today!
I bought it after listening to the Jumbotron in part 1 of the Adventure Zone finale.
I really enjoyed it and the world the author @thebonegrove made is pretty cool. I really want to read more about Nadie’s adventures. 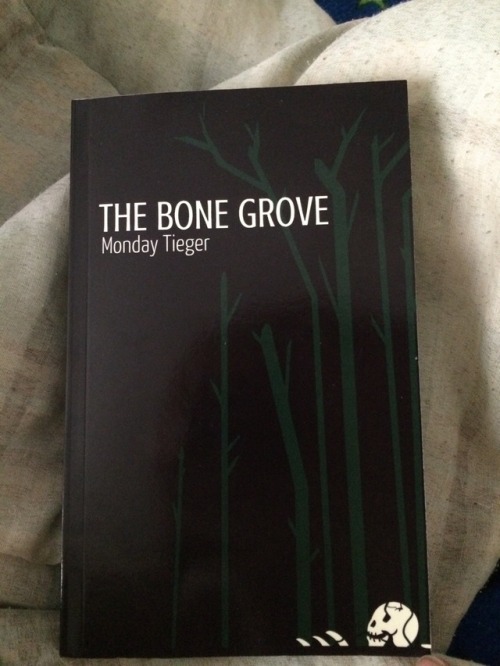 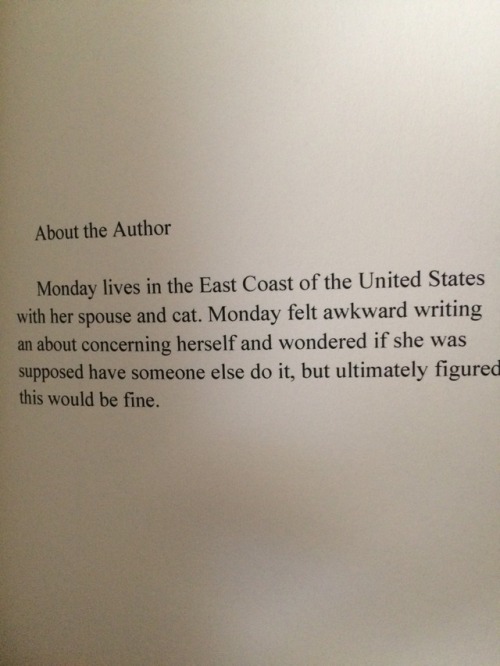 ~warnings maybe a cuss word and being totally badassed~

If I was Dean Winchester I would pack baby’s trunk with all my stuff and plenty of pies. I would take Sam Cas and Crowley we would hop in baby and just runaway.

I would make best friends with a friendly werewolf vampire and even a ghost.

We would go state to and be ourselves helping people along away but mainly eating pie and loving live. When I finally tell Cas I love him it’ll be in front of Big Ben. I would smirk and I would say.“Hey Cas babe wanna know a secret I love you even though at times you can be an assbutt as you would say. But dude I love you so don’t ever leave me or that would be the death of me.

That’s how it would be if I was Dean Winchester.

feel free to message me anytime, i love to hear new ideas! i’m amazed at how well yesterday’s fic is doing and i want to please y’all more than anything, so let me know what you want read in the future :) also, message me if you wanna talk, rant, gossip, etc. making new friends with the same interests is my new goal! a new fic should be up in a few days… yay!!!

If you’re writing a supernatural fantasy story, here’s a tip for not making your human characters sound like total bigots:

Take generalized opinion statements that they make about vampires, werewolves, or mummies, or whatever, and try substituting the word with an ethnic group, race, or other feature among humans.

Again, opinion statements. Not: “Vampires are strong.” “Werewolves have high metabolisms.” Those are statements of fact.

“I can’t imagine anything more horrible than you becoming a werewolf” or “I won’t stand by and watch my brother date a vampire,” are the sweeping opinion statements to which I refer. And maybe I’m overly sensitive because I’m gay or because I like fantasy and supernatural stories, but those just sound like:

“I can’t imagine anything more horrible than you being gay.” “I won’t stand by and watch my brother datean Asian girl.”

I’m seriously lacking inspiration at the moment for the novel I’m writing. Like it’s there, but I’ve had to stop the project 10 chapters in for a year, and I’m starting over to make it better and I had all these ideas in the meantime, but like fuck…

So, to make this fun, just send me a word and I’m going to attempt to draw inspiration from it. By the way the book is supernatural fantasy YA awesomeness. So, I’d love you forever and figure out some way to return the favor.

#supernatural fantasy, #YA, #lacking inspiration, #help needed, #would love you forever, #and return the favor
2 notes · See All
Next Page