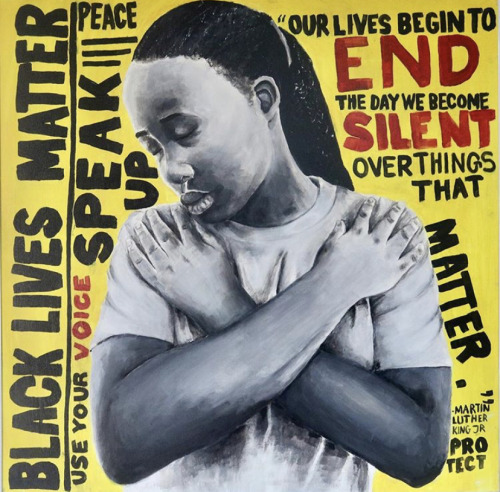 As an Irish person, I’m so deeply uncomfortable with Irish‐Americans who are anti‐immigrant, who don’t support indigenous rights, who are cops/support blue lives matter, etc. using Irish/celtic symbols and music and unironically quoting Irish revolutionary leaders in statements of support for oppressive and brutal policing systems or trying to make anti‐BLM slogans for themselves in Irish without knowing what the words mean or how to actually construct a sentence in the language.

Like, you claim to be proud of your heritage but you’ve clearly put no effort into learning literally anything about it. You show no understanding of the fact that your ancestors arrived in america as poor, uneducated, and unwanted immigrants, that they were received with similar hostility as today’s immigrants to the US from Central and South America. You don’t seem to get that Michael Collins and Eamon de Valera were fighting against an oppressive colonial force to reclaim their land from people whose ancestors had stolen it from theirs, just like the Native Americans. You don’t see the parallels between the over‐policing and stereotypes of being dangerous and aggressive and inherently criminal that Irish immigrants faced in the US and the current over‐policing and stereotyping of Black people today (note I am not drawing the parallel between Irish indentured servitude and chattel slavery, these were both awful experiences but to claim they are equivalent is an insult to the severity of the maltreatment and horrific conditions imposed on Black people under slavery). You ignore the fact that the Easter Rising, the Irish War of Independence, and the centuries of rebellions and protests that lead up to them were characterised by the British as illegitimate violence and rioting, which has serious parallels to much of the US government’s discussions of the BLM protests focusing on the violence and looting over the movement’s core message and demands.

Your ancestors took the first opportunity they were given to integrate into “whiteness” in America, to trade their own oppression for the position of oppressor to BIPOC groups, and that is exactly the legacy you are continuing today.

i only support feminism for the big black titty women

We can and must do better for our black women.

Okay so I drew Bokuto x black y/n 😏. Anyways who next? I’m keeping haikyuu for now, so any of those characters.

I swear to god, if you use social justice to shame people into reblogging things ‘or they don’t care’…? You’re not someone I want anywhere near me or my dash. My activism is a part of my life, one I work on personally, a post is NOT a fashion statement or real sentiment of personal responsibility.

Don’t be fucking stupid. Reblogging a post is not activism. Choosing not to reblog isn’t apathy. This is tumblr. Real world actions are what make an impact.

Warning for people that are upset at all by:

I can’t believe I even have to say this, but… if you believe the same as this person, please unfollow me. forever. This is such a harmful mindset and so incredibly wrong. Being Christian is fine! I am christian myself. but this… is just wrong. I can’t believe we’ve strayed this far from the right mindset that this is seen to be okay.

I’m sorry that I’m Outing this person. I just… need people to know how I feel. this is so horrible.

if you are friends with this person, I’m sorry. If you believe this is okay then I just can’t in any way associate with you.

To the O.P. if you see this somehow: You need to reflect on yourself. realize this mindset can only hurt others.

sorry for the depressing post, I couldn’t stay silent

HE WAS MURDERED IN THE MOST HORRIFIC WAY POSSIBLE AND WE CAN NOT LET THE WORLD FORGET.

WE SHOULD BE SCREAMING HIS NAME!

#black lives matter, #support blm, #black children, #black children matter, #what kind of world does this, #fuck everybody, #fuck every single one of you, #fuck everyone, #fuck everything, #fuck em, #lgbtq, #lgbtqia, #lgbtlove, #lgbtpeople, #y'all need to see this, #spread the word, #quawan charles, #quawanbobbycharles
542 notes · See All
leezy-eazy2Text

Game of the Year

The Autobiography of Malcom X

We like to display in media many of Malcom X’s quotes in regards to his ‘anti government speeches, anti standard education, and really believe that he stood for a complete rejection of the system. He quotes the power of media and how thinking for yourself is the most important thing to learn. Malcom X admits that his greatest regret was not getting a degree/proper education. I want to emphasize that while he was against the wrong teachings of many public institutions he was not against blacks and other POCs going to college, attaining degrees and then trying to work within the system for change. Malcom X was all for blacks cleaning themselves up to go out into the world take back their rights, and freedom. He also grew tired of being treated or considered a radical because it was not who was and not how he wanted to run his organization. So next time you want to romanticize the life of Malcom X as a rejecter of the system and an angry radical, research more into his autobiography; to get a better understanding of how he was a human with feelings and goals at the end of the day. He wanted the black and POC youth to be educated properly so they have the tools to prepare them for the world, for those same groups to also think for themselves, and ultimately be better than what they think of us as. A black person cleaning up and shedding the negative associations of poverty that have been  linked to black culture is no small feat but one that comes with ridicule from the black community.

I wish people would realize racism isn’t an issue limited only to america, everyday millions of poc including children are practically enslaved working extensive hours in sweatshops with extreamly inhumane conditions. These people are producing products for popular makeup & fast fashion brands. More celebrities & people with large platforms should be speaking out about these issues and researching brands before blindly promoting their products for a cheque. instead these celebrities such as cardi b, ((considering she strongly supports blm)) as well as all the “woke” white beauty influences who have blm in their twitter/insta bios should be promoting ethical black owned businesses instead of racist brands such as fashion nova ect

just to calirify this post is not undermining racism in america, it is just to raise awareness, since everyone is out here wanting to start a blm movement/revolution might as well include black, indigenous, non american & non black people of color instead of limiting the movement to just one race in one country