Star: My life is an endless cycle of pain and loss.

Star: I had nachos in the fridge but the fridge wasn’t plugged in and my nachos went bad and now I have no nachos.

Sunnia has a new brother, he has a skin color similar to Marco, blond hair exactly the same as Star, and purple lightning on his cheeks. 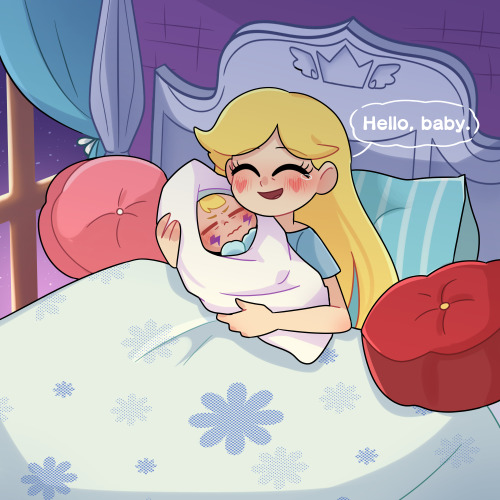 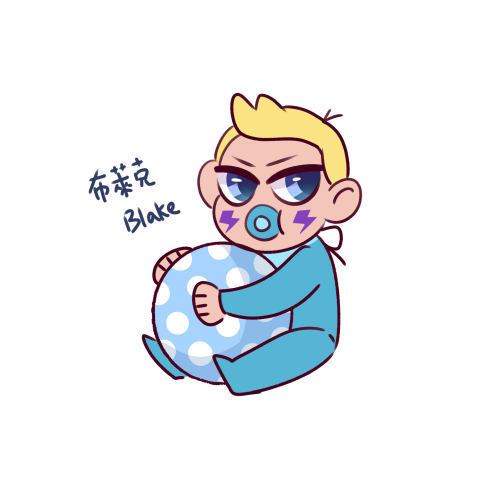 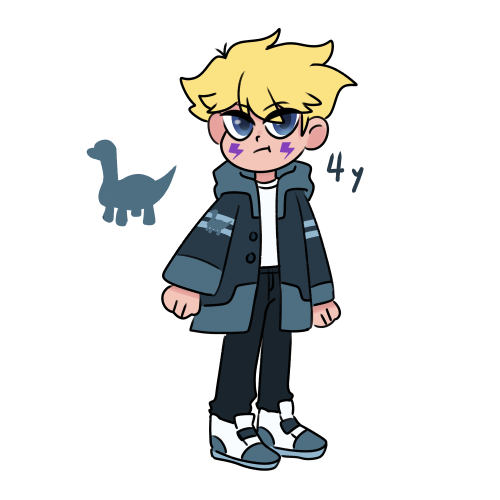 here’s my svtfoe section for the incest document:

does it look like there’s anything missing? writing in the pony head sisters has left me totally incapable of noticing andjsndjskdjs

Tell me the story of how it happened

2. what fandoms were apart of that you aren’t any longer?

Once Upon a Time, Attack on Titan , Steven Universe, MCU, Arrowverse, My Hero Academia, Star vs the Forces of Evil, Hetalia (i keep leaving and keep coming back and I don’t know whats happening)  Others I probably still pop into once and while. I jump around my interests at random.

7. name a character you wouldn’t mind naming someone after.

Amy Pond from Doctor Who, Stephanie Brown from DC

17. are there any tropes you wished were used less often?

you know when a really smart character just starts babbling on and on with big words and then someone yells “Speak English” that bullshit. You don’t need to have characters use big words to make them look smart

Im kinda burnt out on chosen one stories

18. characters you want to wrap in a blanket and tell them they’re going to be okay?

19. if you could be a part of any story, which story would you want to tag along in?

OMG LEGEND OF ZELDA, I literally don’t care which game

20. name a song that reminds you heavily of a specific fandom or character.

The Mountain by Faouzia reminds of Stephanie Brown, especially during her Batgirl run

Art for my boyfriend of us in star vs style..

I figured id draw something to further help him snap out of his depression..

He hasn’t been feeling great mentally about stuff and has been overwhelmed with stuff.. even had a concerning dream that freaked even himself out and it worried me sick.. his dream was him screaming “I HATE MYSELF, YOURE A FUCKING FAILURE” or something along the lines, and in the dream he blew his brains out and it freaked him out cause hes not the type to be depressed..

so i.. figured drawing wholesome art of our personas would give him a smol smile..

Babe, I love you to death and am so greatful out of all the people that have done nothing but hurt me and had come and gone out of my life, you’ve stuck around and never would hurt me intentionally… I love you so much.. thanks for sticking around through the recent hard times and I cant wait to do the same for you <3

Persona of me and my bf Character designs © me

Here in under the sea

theyre just enjoying a movie together…u know like friends do.. 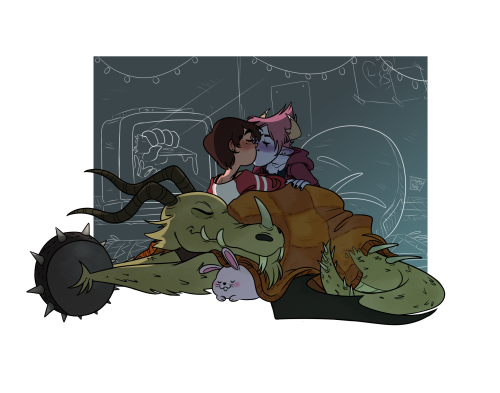 I agree. I’m not sure I’m gonna do a Meet the Characters for Tom. But if I do, I’ll definitely talk about how he and Star break up much earlier on in this rewrite. Instead of Star running away like she always does, she and Tom have a mature conversation in Lake House Fever and decide they’re better off as friends.

This gives Tom more time to rekindle his friendship with Marco and gets the relationship drama out of the way early, plus all the time he spends with Janna and going on trips of self-realization is his way of coping with the breakup and learning to better himself without needing Star to do it for.

Plus, he ends up helping out a lot in the final battle, which he is in fact a part of instead of getting stuck in the Realm of Magic. Then who takes his place, you ask? Well, join us and find out…

#svtfoe, #star vs the forces of evil, #svlfdm, #star vs as forças do mal, #marco diaz
3 notes · See All
incorrectstarcoquotesText

Return to Mewni - Moon’s big plan is to hide away from Toffee. I’m starting to think she’s not that great.

Moon the Undaunted - A flashback episode is the best way to show that you shouldn’t ship MoonToffee.

Marco and the King - Marco gets some bonding time with his future father-in-law.

Puddle Defender - You would think that this is the episode where Moon rethinks her view on monsters, but you’d be wrong.

King Ludo - Ludo becomes the second worst king Mewni ever had (yeah, he’s right); Marco gets caught in the unresolved sexual tension between Fool Duke and the front man from Fall Out Boy.

Toffee - Star becomes a super saiyan to defeat Toffee. Or is it Super Sonic? I’m starting to think the golden powered up form is overused.

Scent of a Hoodie - Star’s love for Marco gets a little “creepy.”

Rest in Pudding - Star is haunted Glossaryck. I hope this isn’t some kind of recasting foreshadowing.

Club Snubbed - It’s been years and this episode still makes me throw my phone at the TV.

Stranger Danger - Star meets the ensemble dark horse of the show. See what I did there?

Demoncism - I kept telling people that this was my favorite TV show of all time. I guess the svtfoe crew wanted me to stop liking it.

Lint Catcher - Star and Marco reinvigorate their love with the very thing that brought them together: fighting monsters.

Trial by Squire - Star and Marco pretend they’re not in love with each other in a Best Buy on Black Friday.

Princess Turdina - There’s very few things I can say about this episode that won’t get me hate from tumblr.

Starfari - Star starts the monster equality storyline by hanging out with an idiot.

Sweet Dreams - Are made of this, says Star. Who am I to disagree? asks Eclipsa. I disagree, says Marco.

Death Peck - So anyone can become royalty in Mewni? Get it? Because he has a deep rich voice.

Night Life - Marco ends Marcapoo after he realizes his love for Star for like the fifth time.

Deep Dive - Marco unfortunately starts a fan theory that was explained away like three times but it’s what I expect from you guys.

Monster Bash - Tom proves how useless he is in the majority of Star’s life and Mina changes everything.

Stump Day - a Christmas special is the best way to prove that Marco is the superior boyfriend.

The Bogbeast of Boggabah - Rhys Darby is the best way to teach Star a lesson.

Butterfly Trap - The twist of the show is that all the hype of Eclipsa is bullshit and the MHC is just really racist.

Ludo, Where Art Thou - Dennis! Are you up there playing with my buttball? So help me god, you’re getting seven across the ass. Dennis, I’m sorry I yelled at you. What we’re gonna do is I’m gonna learn ya how to play buttball seeings how you’re in my basement.

Is Another Mystery - Tom proves how useless he is on magical adventures, which is the biggest part of Star’s life, and he’s constantly comparing himself to Marco. Wait, are we sure Tom’s in love with Star?

Marco Jr. - Star proves she knows Marco more than anyone else and Adam McArthur laughs at me on twitter.

Booth Buddies - TomStar dies with a stab in the back and it feels so fucking good, bay-bee!

Tough Love - Let’s play a game of “Who fucked up more?”

Divide - This is the closest we’ll get to seeing Star and Marco having sex on screen.

Conquer - The first time Star pissed off everyone in a season finale, but not the last.

#svtfoe, #starco, #star vs the forces of evil
9 notes · See All
jess-the-vampirePhoto 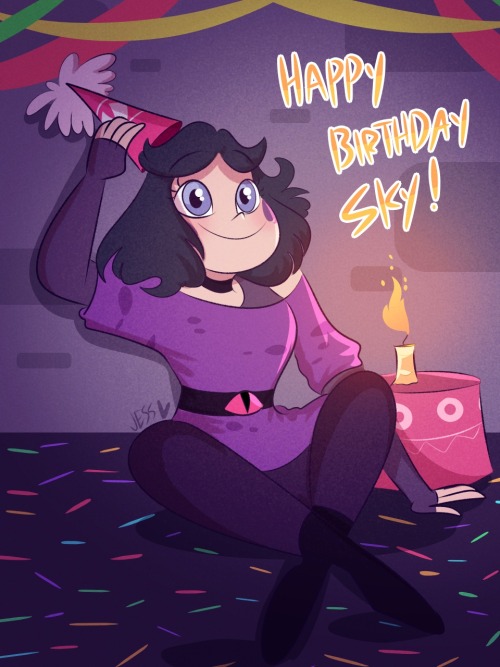 #star vs the forces of evil, #svstfoe, #svtfoe, #sky and the forces of the multiverse, #my art, #janstar bby
34 notes · See All
exrt7Photo

They try to find some strange magical souvenirs in this world market.
They can bring back their AU world when they want to go back.

“There are these kinds of flowers in my world, but they are a bit different, so I plan to buy some seeds to take home.”
Eilonwy found that the flowers are the same species, but they have different patterns.
So there is no problem in terms of safety.
“Well, it sounds good. I want to buy it too. Help me see if there are any strange souvenirs.”
Sunnia is confident in her shopping plan.

Image courtesy of  umefolklore
I hope you like it 。 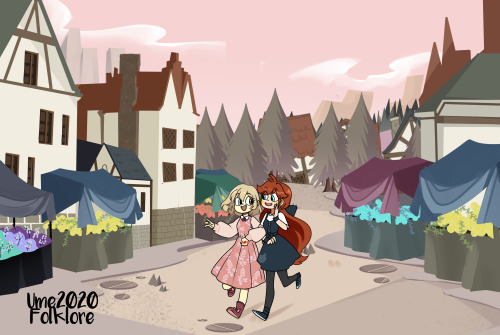 Marco Diaz from Star vs. the Forces of Evil Killed Cringe Culture and Pissed on its Grave! 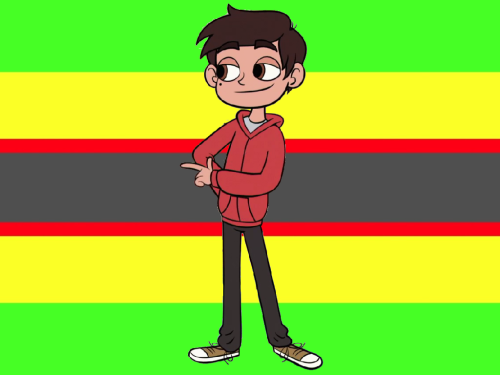 Mariposa: We should sing our happy song.

Meteora: We don’t have a happy song.

Mariposa: We should have a happy song.

Meteora: We will never have a happy song.

Mariposa: Not with that attitude.

#Source: Girl meets World, #source: gmw, #THEY WOULD THO, #meteora butterfly, #mariposa diaz, #svtfoe, #star vs, #star vs the forces of evil
5 notes · See All
kyotemeru-artsText