Logged in and the boys reminded me it was my Birthday today.

#obey me shall we date#swd#obey me screenshot#ntt solmare#obey me birthday#my birthday
0 notes
mammonandmc
Conversation
Mammon
{sad}
MC
i will destroy every aspect of the known universe and burn whatever remains to ash in order to ensure i eradicate whatever hurt you.
Mammon
id prefer a hug
MC
okay
#mammon#swd mammon#obey me#obey me swd#swd#swd obey me#obey me mammon
41 notes
otomechuchu
Text

Deadline reminder for current events, not including Shall We Date games:

hey! if like to mention that as of right now, i only have one request, so if anyone else would like to request anything, send stuff in! i kind of stopped writing for a while, due to my failing mental health, but i’m a bit better now and need smth to keep my mind occupied, so i’m getting back into writing. i also do character matchups!

Thank you @eliasxchocolate for letting me work with you and draw your oc Rucha. I don’t take credit for the design, I only drew your vision.:)

(Note: as I said before, this isn’t my idea, I only drew the drawing itself. And I also gave eliasxchocolate permission to use this drawing however she please, as it isn’t my oc. Please check out her blog!) 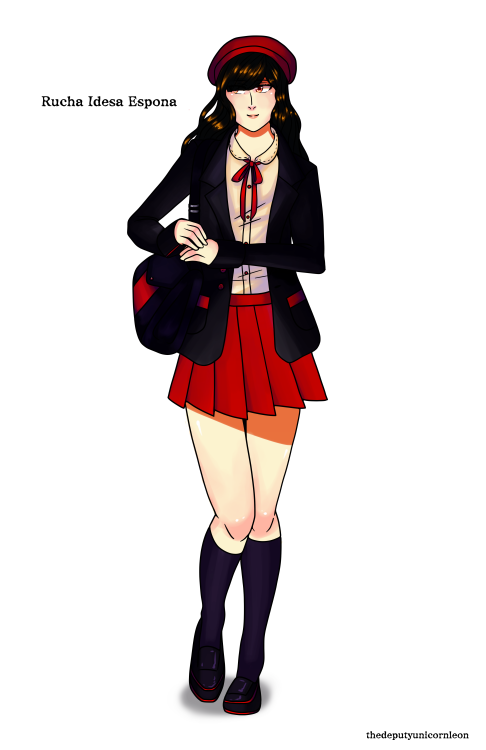 Lord Diavolo: if i run and jump at Lucifer ,he will most certainly catch me in his arms

Lucifer:[drop the cup of tea to catch Diavolo]

Now that all of the character songs came out I wanted to go through my opinion of them from my favorite to least favorite.

Honestly I love all of them. They were all good songs. I really hope they do the datable Undatables now. Let me know your ranking and thoughts 🐄

Haha hi people I’m back and to a lot more followers so thank you. I just finished following everyone back. Working on my inbox. Head Cannons and Requests coming 🦙

Sure, why not? I’ll try anything to break this cycle of insomnia I’ve got going on.

Every time there’s a pool with his UR/+ in it…

I always end up getting his card

Even though I don’t want it.

Like I have said before game, I will not love him no matter how hard you try.

If there’s someone who has luck getting Mammon’s cards, I will trade you pls. Haha.

Would it be disrespectful to say ‘Speak of the Devil’ in the Devildom??

like you’re talking shit about Lucifer with Satan, and then he walks in the room and you go “Haha speak of the Devil, I was just talking about you” and both of them just look. Horrified. Lucifer’s glaring at you saying “How DARE you disrespect Diavolo in that way!” and Satan has just covered his mouth in quiet shock, spectating on.

Part 3 of Independent Business Woman!MC (with the Undateables this time!)

I know, I know, this has been said a million times but

Jesus christ can the brothers just stop being complete jerks to Mammon. It’s gotten to a point where I’ve started disliking them because it’s actually pissing me off.

Mammon has been my least favorite from day one and the fact even I show more care for him than his own fucking brothers is so irritating.

Why is it okay for all of them to act out on their sins, but when Mammon does it, they put him down for it? Seriously.

No one gives Lucifer shit for being a stuck up prick who would rather save his own reputation than his family. No one gets onto Levi when he acts like a kid. No one talks about Satan when he’s acting up, Asmo when he makes really inappropriate comments, Beel when he goes into rampage because he’s hungry.

Hell, they even forgave Belphie LITERALLY KILLING THE EXCHANGE STUDENT WITHIN A DAY.

STOP GIVING MAMMON SHIT. MAYBE IF YOU WOULDN’T BE EMOTIONALLY ABUSIVE HE WOULDN’T NEED TO STEAL AND GAMBLE TO SATISFY HIS GREED BECAUSE HE’D BE ABLE TO ACTUALLY FILL IT WITH GENUINE LOVE INSTEAD.

The fact that he gets so excited over the smallest bit of attention you show him is so heartbreaking and I seriously want to punch all of them in the face for being like this.

I’m gonna turn into a Mammon stan just to show them that he does deserve love, and patience, and to be listened to.

Anyways, give this man a hug. He needs it.