It only took SIX DECADES to find out where Cap’s shield went… Talk about a cliffhanger! 🧗🏼 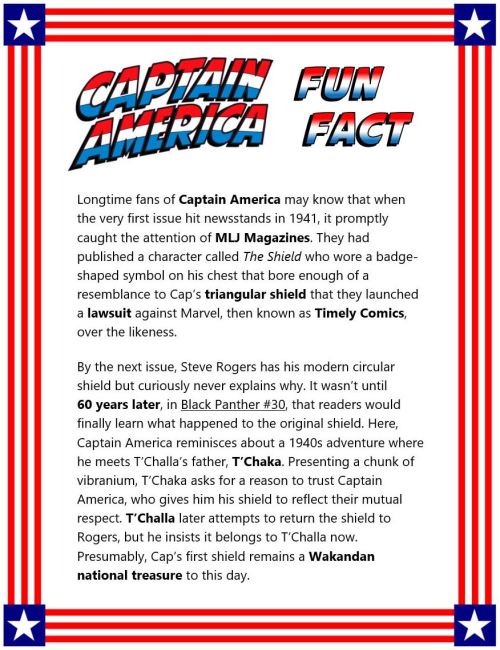 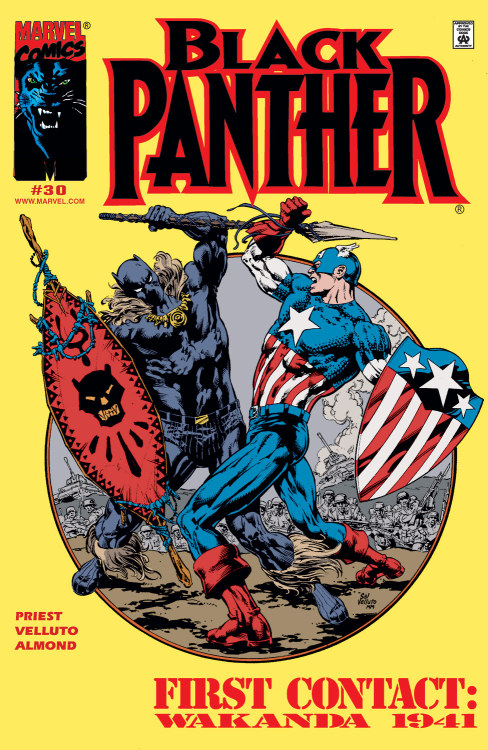 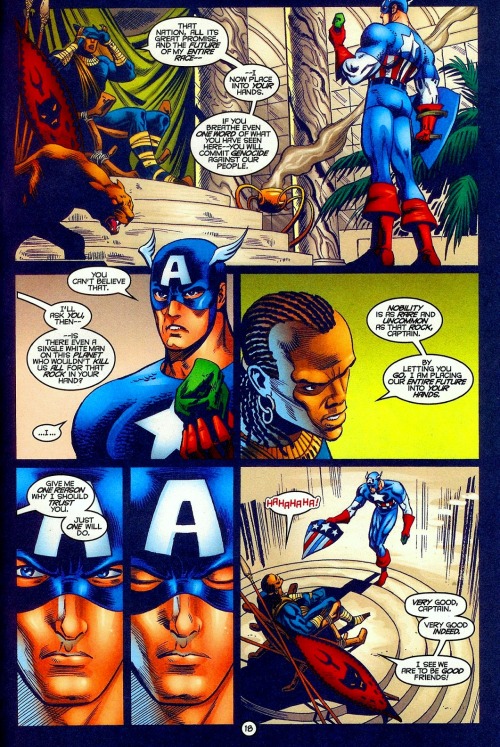 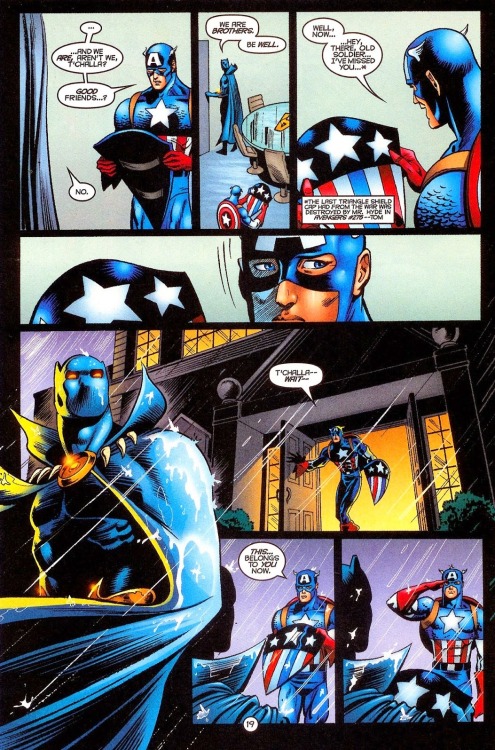 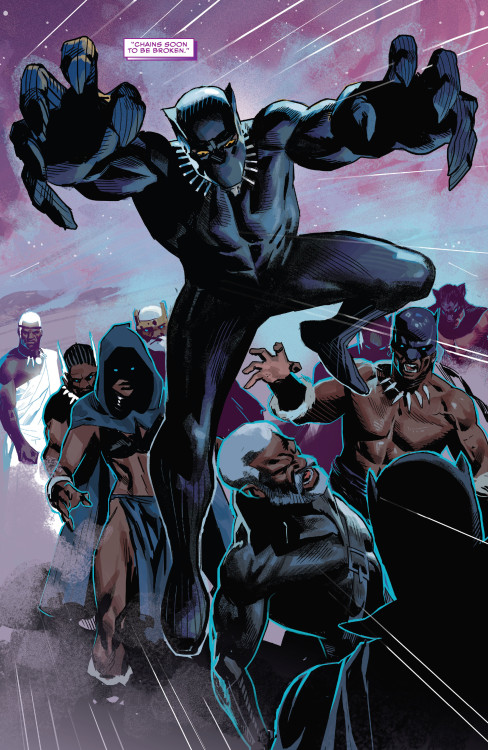 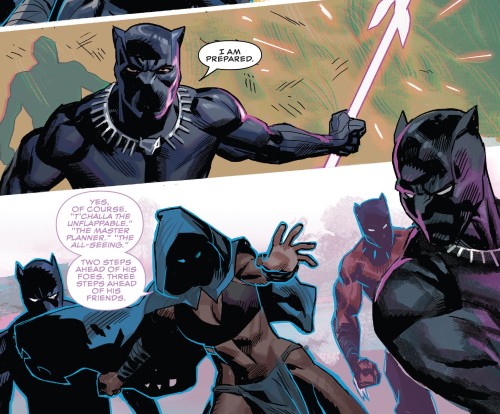 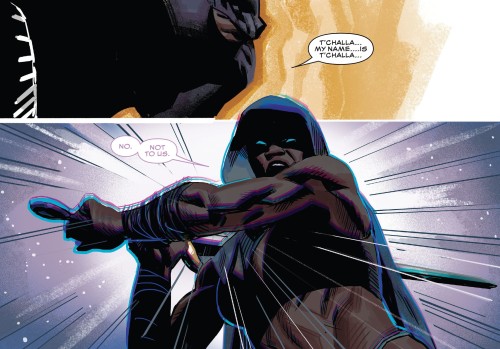 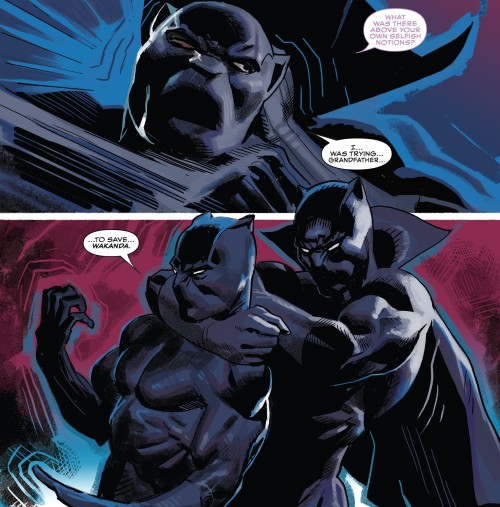 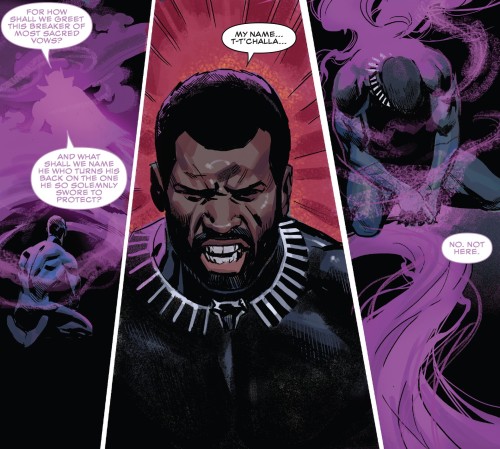 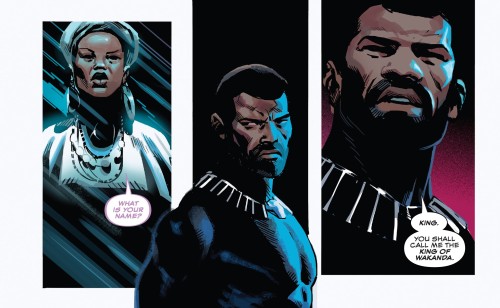 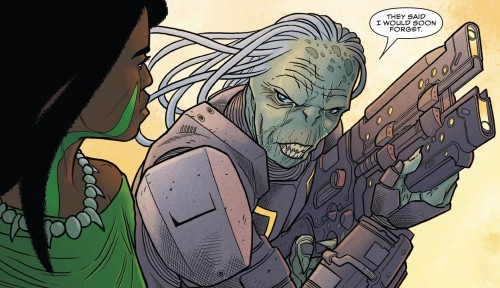 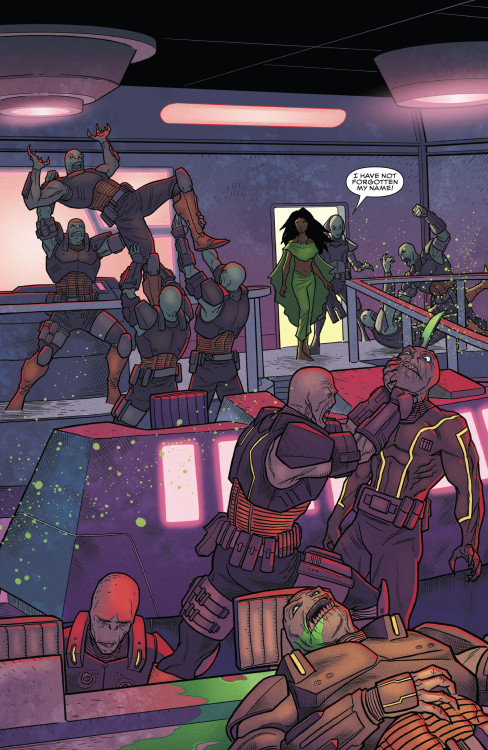 #black panther, #t'challa, #zenzi, #bast, #t'chaka, #benhazin, #nehanda, #negus, #mamadou fall, #s'yan, #bashenga, #azzuri, #n'yami, #askari, #marvel, #comics, #marvel comics
37 notes · See All
aelaerAnswer
☕ Opinion on all the Wakandans we know, all of them, including those that died in Lagos.

Opinion on Wakandans: general badasses. Wish it was a real country. Hope that the film’s existence gives real inspiration to the people of Africa that have access to the film.

Now in order from least important to most important (well in terms of plot), from the people I can find in the Wiki because I’ve only memorized how to spell the names of 6 Wakandans, and the name Erik doesn’t really count. (Erik’s a very very good name though).

The Wakandans that died in Lagos: 🎶 Those poor unfortunate souls / So sad, so true 🎶 It must be rough being a plot device.

Zuri, aka T'Challa’s uncle figure killed by Erik: Good guy. Died for what he believed in and his country. I admire his loyalty to T'Chaka and T'Challa. Was right to turn N'Jobu in to the king.

T’Challa is an only child for almost his whole childhood.

T’Chaka is almost grateful for this.

“I remember it all. But more… I remember my name.” – Black Panther 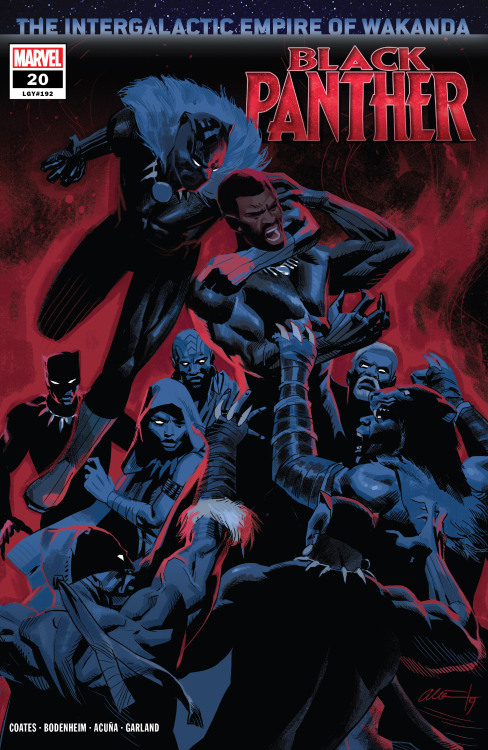 Summary: Across six birthdays, Shuri learns many things: how to work with vibranium, what sort of laboratory she likes best, and that her father loves her very much.

MCU + kids having to watch their parents die  [Repost]

Prompt: Tony Stark is at the front of the room with the King of Wakanda when the bomb goes off.

You know what randomly bothers me? That the entire fandom sleeps on the fact that T’Chaka was murdered. People love to point it out when comparing Tony Stark and T’Challa, but they sleep on how T’Chaka was a good father who raised a great son and was killed by a man who didn’t care about him at all and just wanted to get at the Avengers. Talk about him more, people.

T'Chaka set himself up

In Black Panther, Killmonger’s dad was a war dog and he was friends with James, who turned out to be Zuri as a plant. How much you wanna bet “James” reached out first, established contact, brought him from the path, and coaxed him into breaking the rules, so that he would be hunted down. What if this is T'Chaka deliberately setting him up to be killed in secret? That really is a harsh way to look at it.

So I was just on the phone with a friend of mine and we were talking about our future plans to go see Black Panther 2….cuz that’s what Black people do, we plotted what we were wearing, eating, and smoking/drinking two years before the first movie came out. Y’all remember the #blackpanthersolit tag. #BlackPantherStillLit is the new word, lol.

Anyhoo, we were chopping it up about what our expectations were for the second movie compared to the first and we started going in on what surprised us in the first movie. We were both at San Diego Comic Con when the first BP panel happened a year before the movie came out, and we were there a year later after the movie and Black people showed up and showed out. (glorious times!)

My friend was one of those lucky heffas that got into the big room for the 1st BP panel, unlike I who refuses to stand in line for hours….

Anyways, she remembers the polite reactions to Winston Duke because we didn’t know who he was, and most folks were fixated on Chadwick and Michael, plus Danai and Lupita.

But Baby, lemme tell you…

The reactions to him after the movie came out at Comic Con. Winston had bitches packing up suitcases to climb up the Jabari mountains and his thighs.

LIVE SHOT OF ME AND MY FRIENDS AFTER SEEING M’BAKU ON HIS THRONE WIT THAT THIGH MEAT SITTING THERE:

On my end, the surprise was at the variety of thirst trap material for every taste of man…

I mean, A Rebel Prince N’Jobu risking it all for Black people everywhere:

A hard-line King T’Chaka who probably regretted what he did for the rest of his life:

A new King T’Challa walking with that dip in his step:

A traditionalist M’Baku who reigns on high, but will let you climb and sit on his lap:

The turncoat homeboy W’Kabi who is always ‘bout that life when you need things to pop off:

(Of course, all the women were amazing too, but I expected them to be, I mean duh, Queen Angela, Lupita, Danai, and Letitia…what world would they NOT be amazing….none! No Marvel movie has ever had this many Badass women like this dripping from the movie. I said what I said.

But back to this dude:

M’Baku was the surprise gift in Black Panther and I chuckled with my friend at how the vibe changed from the first Comic Con to the second with Winston Duke. It was like “Oh, he thick-thick, okay…we see you ‘Baku!”

Fandom has never been the same for me since this movie.

What about y’all on this good Sunday?

Were there any surprises and changes in perspectives once you saw the movie the first time?

Back to writing…. Updated Masterlist Here!

A fic about ‘The Pioneers’ (What I would call the fic) the original six who were the precursors to The Avengers?

and the villains would range from a still Brainwashed Bucky, to a whole bunch of characters from the comics that I’ve stockpiled.

Since all the above characters existed at the same time at one point, it’d probably be set sometime in the late 70s/early 80s (Therefore no Carol).

It would include occasional appearances from Maria Stark and like a 7-12-year-old Tony, and probably new-born Hope Van Dyne and T’Challa.

I’d also be writing this from the original timeline because as much as I love Steve, I don’t want him in a fic like this. It’d be the unaltered timeline here, so it fits with pre-endgame continuity.

so, u have heard about this post? now get ready for

#anti tony stans, #anti tony stark, #black panther, #t'chaka, #T'Challa, #i didn't even know what to say to this person, #bc they're in high school, #racism /
62 notes · See All
super-hero-confessionsPhoto 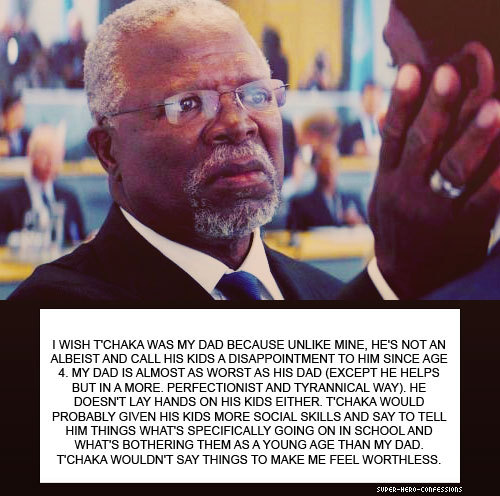 Make sure Nattie knows who T'challa gets his dance moves from