You’ve been through so much, it’s ok to rest for a bit.

Some more Hawks screenshots from episode 87 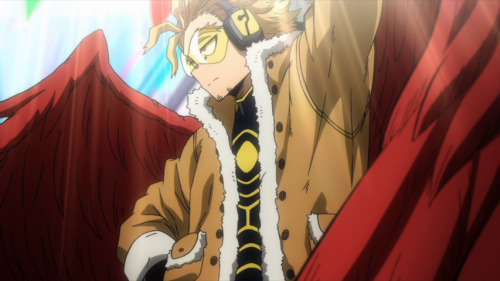 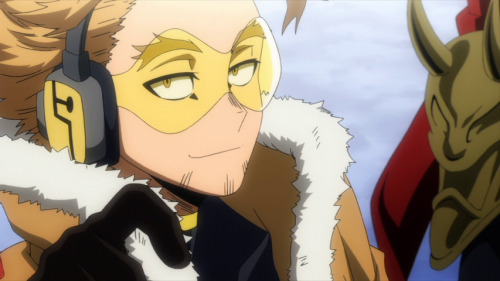 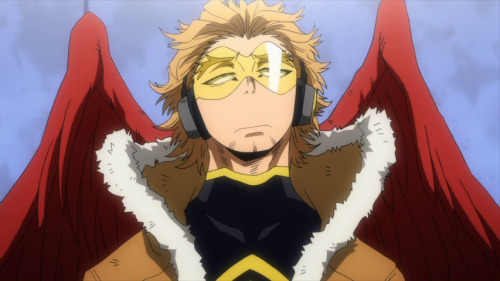 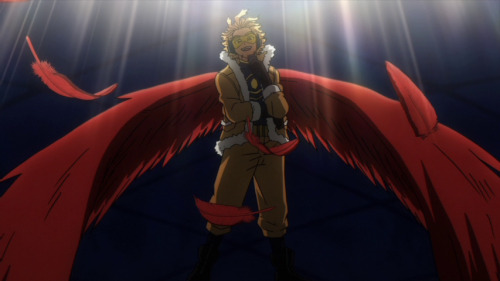 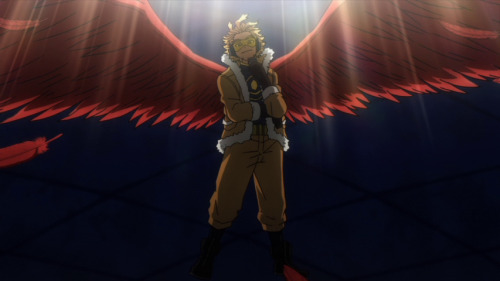 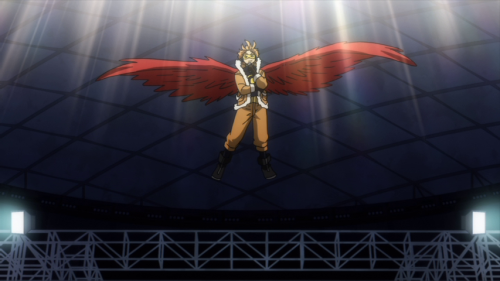 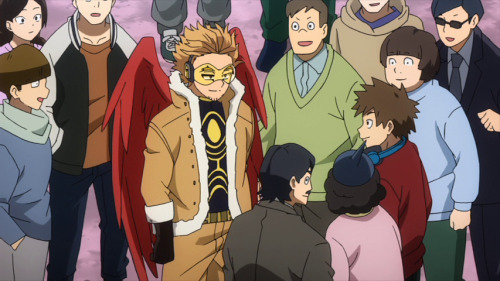 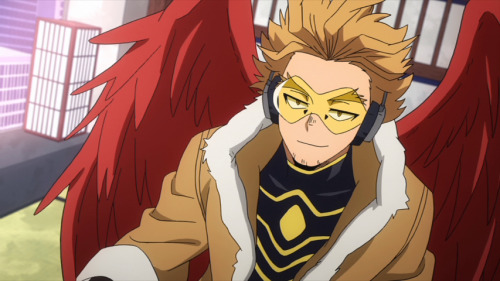 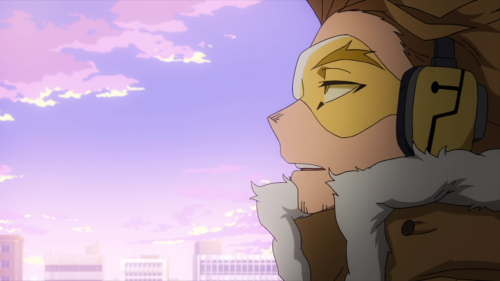 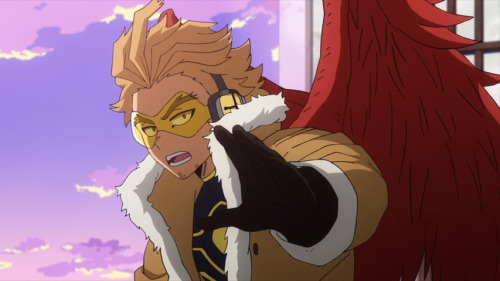 You’re welcome Nonnie 💕 and thank you for supporting my art!! Palette #2 for the #2 Hero hmm?👀 I see what you did there~ I hope you like the drawing!!

anyone: *shows even the slightest hint of doing something privately alone closed off in a small group and having their own business*
best jeanist and hawks, for some god awful reason: hello ! I’m part of this now. :)

Ngl I think it would have been better if they’d played more into how the Hero Public Safety Commision literally bought Hawks from his mother and raised him to be their obedient child soldier. Like not even grooming or predatory recruitment campaigns for a Hero program, literally Black Widow child soldier stuff (although you could argue that the Commision didn’t go out of their way to abuse these kids; regardless, training child soldiers is inheritley abusive and exploitative).

Another good way to add some moral complexity to Hawk’s background (and fuel his whole crisis of morals while undercover with the League of Villains) would be if his parents were shown to be more caring- not necessarily “good” parents, but if they’d demonstrated that they were trying when it came to their son, that would have made Takami the Thief in particular more of a point of internal conflict for Keigo- the man was a villain, after all, but he still kinda…misses him? And then he feels guilty about missing a villain.

Also I want to see someone who doesn’t subscribe to the “stuff is screwed so I’ll just burn it all down because that easier” philosophy give the commission hell and Keigo (+friends and fam) would be perfect for the job.

Anyway this is now an AU and it’s living in my head rent free.

like how is this the love of my life tho

Hawks, doing a presentation about life as a Pro Hero at UA, trying to warn the next generation like:

Hawks really be playing mambo n.5 with all the Todorokis

Shuffle for best results. More tracks will be added over time. 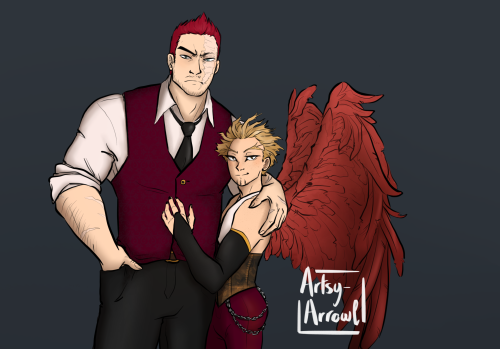 imma say this once,,,, gojo is what people want canon hawks to be.

I am not taking criticism

Soft Chicken for the rescue~ <3

I’m absolutely amazed by Hawks how in a day after being released from the hospital, he has a full grasp of the situation, he managed to pinpoint the sticky issues, he drafted Endeavor’s public statement, came up with a come-back plan, is already in full swing of the renewed Dabi investigation - I mean does this bird ever sleep?

I know he’s special dream is just sit back and chill, but damn, he’d be amazing as the HPSC president.

You know how I said I wanted to meet Takami the thief? Remember how I wanted a confrontation between Keigo and his dad?