Realizing that he was damaging his wonderful lips he immediately stopped. His eomma always told him that biting on his lips was a waste of effort and energy and never got him what he wanted.

the human couldn’t seem to stop staring at him while he was doing it. And if there was one thing Jimin knew for sure when someone stares at you like that it will for sure get you what you want.

Making sure to arrange himself as best he could in the most flattering way before he crossed his arms to make them look bigger then stuck out his bottom lip after licking it.

It was a move that always worked on his conquest and well pretty much anyone who had a pulse and wasn’t a stupid shark.

Besides Jimin was a huge fan of the thought, if you have something that works why not use it to your advantage. And he knew without a doubt his lips were one of his many best features.

When the human just looked away he huffed before switching up his tactics. So beauty wouldn’t sway him, maybe damsel in distress would work better on this human He made sure to put a wobble in his voice he looked up through his bangs making sure to widen his eyes. Jungkook always said wide eyes make them look innocent and well Jungkook never got in trouble so maybe he was onto something.

Clearing his throat he put on a pout with a wee bit of a whine. Pleased when the human whipped his head back at him to look at why he had whined. “P-pl-please don’t feed me to the shark.“ He hiccuped before continuing. "That is a mean shark and he would eat me without a care.

He’s been trying to eat me ever since I was a baby and accidentally pulled his tail.”

The human snorted at him before putting up his fingers and scrunching them twice while repeating ‘accidentally’ then had the nerve to roll his eyes at him. "I was a BABY, I didn’t know not to pull it.” He shrugged before growling out at the water, “Besides the damn shark cheated and then had the audacity to bat his tail directly in my face. There was no reason for that he was just showing off during our race.

He was just trying to impress the other fish."

Jimin rolled his eyes. "Please as if anyone was impressed with a shark that can swim fast.” Jimin cupped his hands around his mouth and shouted at the water. “Newsflash dummy all sharks swim fast!”

He turned back and saw the human staring at him mouth wide open, “Besides I wasn’t going to lose to him. After all, everything is fair in a race. So, really, it’s his fault that his tail got pulled. He shouldn’t have been a jerk about it.”

The human was blinking so slowly at him Jimin started to worry that maybe his brain was melting. "What is wrong with you human?”

“You were a baby when that happened?”

“Yes,” Jimin glared at him.

“Really? Because you sound pretty upset about it still so either you hold a hell of a grudge or that part wasn’t true. And what baby races a shark?”

“Look, sharks suck and he deserved what he got. How about we move on.”

“Well I would love to but your story is confusing me. I’m actually starting to side with the shark on this one. Here he is minding his business trying to show off to attract a mate or just to impress his friends and then you come.” Jin was interrupted by a snap of teeth.

“Careful human.” He just waved off the snapping.

“I’m just saying, it seems like you’re the jerk. Who pulls the tail of someone just trying to win a race. A poor loser would and that is exactly what you sound like,” the human turned and pointed at him, “a poor loser."

"I DID NOT LOSE!” He raised up pointed back at the human.

“Well of course you didn’t you cheated and pulled his tail. No wonder he bit you.”

“No, you should have been bitten.”

“Me why me?” the human was covering his heart and gaping at him.

“Because you are annoying,” he huffed

There he went blinking slowly again like he was trying to understand something, stupid slow human.

The human waved his hands up and down at him. Jimin followed his gesture before staring at the human in confusion “I am sweet” to prove his point he smiled showing off his sharp pointed teeth and when the human leaned in he snapped his jaw together hard and quick. Smiling as the human flinched back and then cleared his throat.

“Uh sure, sure sweet like a man eating piranha.”

HOW DARE HE compare Jimin to a stinky, dull, ugly fish.

Jimin growled at him. How stupid was this human.

“NO, I am too pretty to be called a piranha.” Huffing out his disdain he turned away from the stupidly pretty human.

“What would you prefer to be  then an angel perhaps?”

“Uh, no pass. If I were an angel I would have exploded earlier because of your voice.”

The human snapped back his head, “My voice? MY VOICE you were right up there with me fishy.”

"Well you could have fooled me with how pitchy you were.”

“I was not pitchy. I was matching you and your shrieking.”

The human shook his head, “ no fishy I wasn’t shrieking I was singing and my voice is lovely. The bird only exploded because you were a bit pitchy. I thought mermaids were supposed to sing beautifully, not off key & loud.”

Jimin shook in rage as he processed the insult. Oh that’s it pretty or not this human was going down.

Original can be found here

EN: My commissions are open, thank you for reblogging!

Image transcript and translation under the cut 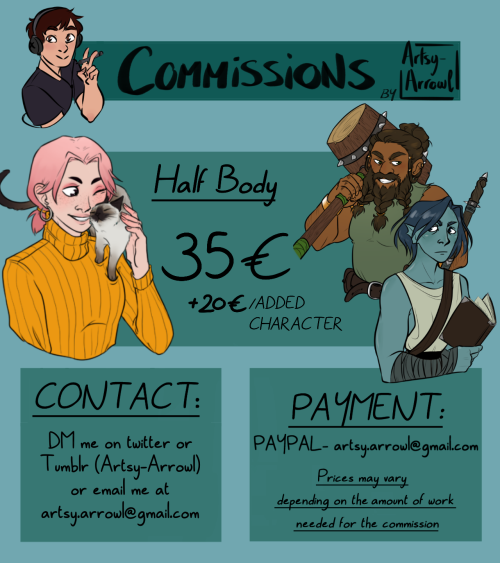 HellfireBomber (DA)Ask me to redesing her character!, based on a banette, with spanish dress
This was so fun!, i love the colors and the dress!!(was a little hard but cool to do)

A good momment as any to say im making commissions! im getting desesperate abt money, i dont have food, and almost get the water cut, i feel gas is gonna be over in few days….. to be honest i cant get a job bc im not mental stable, i dont have more meds to make me a “decent” adult. I dont have friends to ask for help, and my family cant and even if they could the think im faking all this…And i dont suposed to say all this here…but i dont h ave anyone else to say it, sorry.

Im probabily okey with anything else….✔ 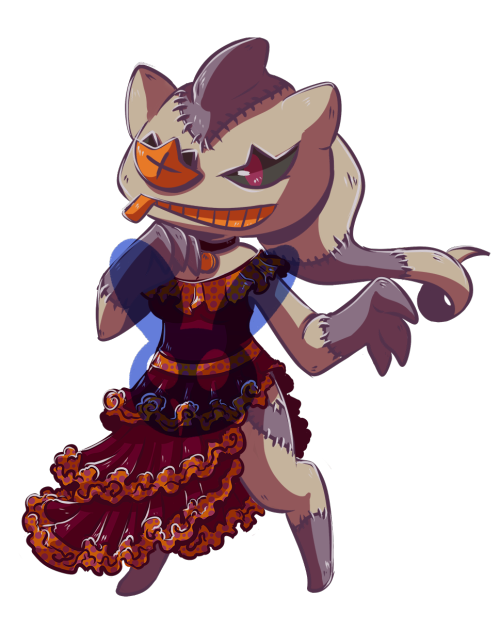 Furry stuff is pretty fun to draw. Gotta admit, bulls are my favourite to draw My Updated Commission Sheet! I hope you’ll still check it out even if you don’t plan on buying art ^^

I’m opening my commissions again. THANK YOU FOR THE SUPPORT LAST TIME! 💕

Many of you asked for full body commission so I included it this time. I will have 7 slots at the moment (I’ll take more if I have free time)

– headshot, half body or full body

☆ Payment through Paypal (the currency is in EURO, you can use currency converter if you want to know how much is it in your currency)

☆ For any other details like backgrounds, feel free to ask about their price

☆ After payment, I will send a roughly colored sketch for confirmation and then continue finishing the commission if there is no problem :)

☆ Commissions are only for PERSONAL USE

Example of commissions I did a while ago

Sorry for my bad English hhahaha

As you may or may not know, I’m a broken student and since I’m not hot enough to get a sugar daddy, I decided to get a mecenate. So… commissions open!

No worries! I promise to actually draw the commissions instead of designing helicopters, war tanks or worry about the golden ratio (Okay, maybe I will spend a lot of time on the last one, but you still get your commission on time, okay?)

Landscapes? Do you paint?

It depends on the complexity of it.

I’d love to make some DA themed pieces tho…

How will this work?

- We’ll talk about the request.

- I’ll send you a rough sketch.

- Liked it? I’ll send you a PayPal link.

- Everything ok? I’ll finish the drawing and email you the file. (Why e-mail? Better quality, multiple formats etc).

(Pinterest has a lot of sketches and experimental stuff, artstation is more “serious”)

“I can’t buy anything right now…”

Please, reblog! Like! Send it to a friend! A message/comment saying you liked my art or wishing good luck will make me happy too :)

Quick commission sheet update. Lil messy but there if anyone is interested.

COMMISSIONS OPEN ❤️❤️☺️ check my page for example of my work

Hello guys! I’m happy to announce that commissions are open! I’m opening 5 slots for now. For more infos, contact me here or at ronjohanne@gmail.com!

My commissions are open!! DM me for more info UwU