@gueswho is a very big inspiration

Gift for my dad. Glad to have him back after some scary stuff 💕

So… I finally got around to starting Tangled the series, and now I’m crying because of a song.

#I you respond please no spoilers!!#Varian’s VA is amazing#I think Varian finally realized that people don’t respect him as much as he deserves#and now he’s realized that he won’t get what he wants by asking for it.#tts#tangled the series#VARIAN#MY BOI
2 notes
merinathropp
Text

anyway I love how whenever I picture Cass from the series, I always see her doing her signature Protective Arm Thrust™ in front of Raps to shield her from danger. like, she even does it once in S3 when she’s supposed to be fighting her. and after she loses the moonstone, and has no power, no weapon, no means whatsoever to protect Raps, she still does it during the final showdown. because the instinct is just so. ingrained. in her. to protect Raps at all times

#could I possibly love them any more if I tried??? tune in next week to find out#tangled the series#rapunzel's tangled adventure#cassunzel#tangled#disney#tts#rta#merina rambles
5 notes
o0whiterabbit0o
Photo 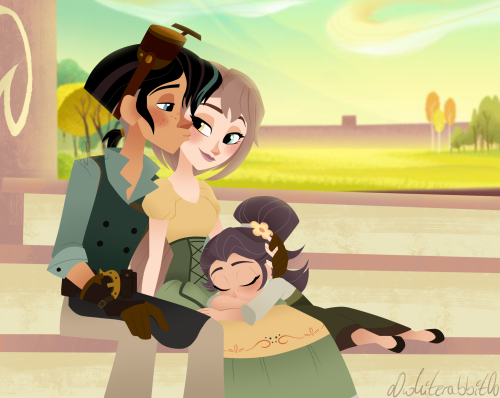 Guess who watched the tangled cartoon?

I only looked at reference for the racoon and the characters don’t really look like themselves but oh well. 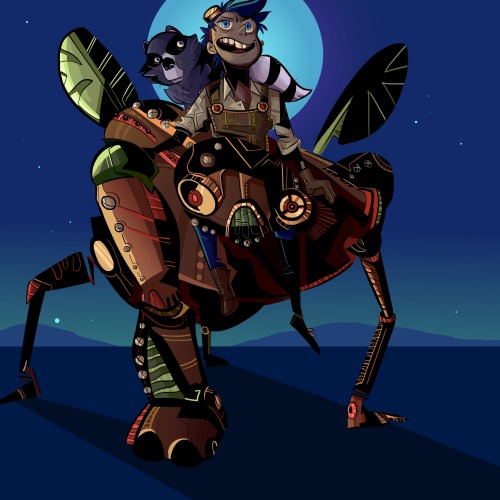 Make sense? Yes. But apparently Frederic was kind of falling apart at the seams. He was likely also in denial. It’s probably something Nigel had been trying to delicately advise him of for ages.

Whoa whoa whoa, slow your roll just a little there. Look, I love Eugene as much as the next guy (and much more than many people out there - not saying more than you, Anon, but like… I simply acknowledge that not everyone loves him), but don’t go around disrespecting the line of Disney Princes that way.

Sure, Florian and Cinderella’s Prince don’t have much screentime in which to craft a personality, and their entire roles in their movies are to be their princess’ happily ever after.  In what way do they treat their princesses poorly?

Phillip has a lot of personality. He’s got a sense of humor, a sense of adventure, and if you think his entire motivation behind killing Maleficent was because of Aurora, I’d like to remind you that she ambushed him, threw him in jail, and then tried to kill him when he escaped. She was a wicked fairy who was using that wickedness to destroy a kingdom. And again, in what way did he treat Aurora poorly? Is it because he wouldn’t leave her alone when he first met her? Need I remind you how Eugene treated Rapunzel when he first met her?

If you really look at and analyze Eric, he shows symptoms of depression. The fact that he’s nearly grown, yet not the king, and doesn’t seem to have any parents about (he eats with Grimsby and no one else?), implies that his parents died. Him wanting to sail out onto the ocean and not really return to land shows that he’s avoiding facing responsibility - not for a lack of care for his kingdom, it’s a fishing vessel he’s on, after all - but because it’s a coping mechanism. Carlotta even says that when he laughs at Grimsby’s face being covered in soot that it’s the first time she’s seen him smile in weeks. And him motivation only being that he loves this girl so much? How about the sea witch who hypnotized him and tried to force him to marry her, then turned into a giant monster hell bent on making the sea and the nearby coast unlivable? And again, how does he treat here poorly? By taking her into his castle when he finds her on the shore? Feeding her, dressing her nicely, taking her on a tour of the kingdom? Literally choosing her over his mystery woman?

Aladdin is basically pre-Eugene, come on. And yeah, he lies to Jasmine. But Eugene lied to Rapunzel at the start in the hopes of scaring her into giving him his stuff back. Hell, Eugene attempted to straight up manipulate her into it! And are you telling me that the boy wouldn’t have wished to be fabulously wealthy even if Jasmine wasn’t in the picture?

John Smith is… boring. I don’t like John Smith. lol But that movie has a lot of problems to begin with. However, none of them is that he treats Pocahontas badly. They literally just hang out and learn about each other’s cultures. He listens to her, and in doing so is able to meet Grandmother Willow. He tries gently to convince her to return to England with him, then accepts it gracefully when she says no.

Shang is stiff, buy basically all we see him do during the movie is his job, which is to be a Captain in the army. He literally breaks protocol and goes against the law in order to save Mulan’s life when by all rights, she should have been killed for what she did. And then his feelings were hurt and his morale was down, but he’s supposed to just be nice and loving to her when he sees her again? He let her leave again without attempting to bring justice down on her head, and then when she was like, “Yo, I know how to fix this,” he respects her and follows her lead.

And then there’s Naveen. Naveen has so much personality! I adore him! I can’t believe you’re literally faulting characters for daring to have a character arc within their own story. Yeah, he wasn’t the nicest to Tiana when it all started, and yeah, falling in love with her was his motivation for change, but like… so what? Like Beast, he learned to care about someone more than he cared about himself. And he was literally willing to sacrifice what he wanted most in order to ensure that she got what she wanted most.

(I’m not counting Kristoff since the Frozen girls aren’t part of the official Disney Princess line up, and this post has gone on long enough.)

Anyway, anon, another thing Eugene has on most of these other guys? A three-season series with character development. Most of these other fellows don’t have anything outside of their movie (and perhaps a sequel that they either don’t figure in much or are grossly OOC for). He didn’t spend his whole movie being super nice to and supportive of Rapunzel. When they first met, he was pretty much a jerk to her. It literally wasn’t until the guys at the Snuggly Duckling got threatening that he got protective. Eugene is not a perfect human being, or he is in that he’s imperfect. He’s human, and that’s super important to his character. He’s got flaws and selfishness and foibles, and I think you should be willing to extend your acceptance of his imperfections and advantages to the other princes and take them into consideration before judging them harshly.

A while ago, I got impersonated, harassed, and my personal information was exposed by someone who wanted to harm me, and I just want to take the time to clarify that it was not me who did it, and it is the last thing I would ever want to do. Recently, a report was filed to the police, and I’ve pushed myself to become more cautious about what I share online. I also took some time to process the situation and who I am as a person. Yet, despite everything, the community I grew to love here has never really left the forefront of my mind.

I’ve opted to create a new account with a new username since many of the other accounts I have were deleted with what was on there (My fanfictions especially, sadly.), yet with the same alias, as this is another stage, another chapter in my presence out here. Though I still have a few accounts open from before the incident, I was unable to delete them, so I decided to rename them for the time being instead.

In this new phase, and with my old stories deleted, I also decided to revamp my “Chronicles of Ninjago” fanfiction series as “Ninjago: Untold Legends”. This was because the way I had written it before was a bit problematic. As many of you know, I process emotions through creative writing. However, the way in which I had written a father and son relationship (Lloyd and Garmadon from LEGO Ninjago) was misinterpreted multiple times as romantic and sexual, when it was not my intent. And so, I pushed myself to revise it, as writing more in-character was a bit of a stretch beyond my comfort zone (and as a result was why writing the episodic rendition was also a struggle from the get-go). I have also started writing my own original franchise, Operation Respawn under the name Akeliayna Haru, about a girl with a traumatizing past and troubled household finding comfort through video game production and her imagination.

I’ve missed you all so much. 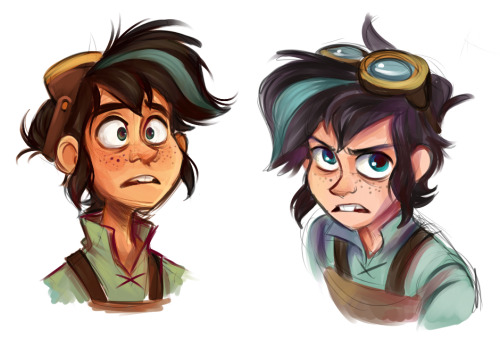 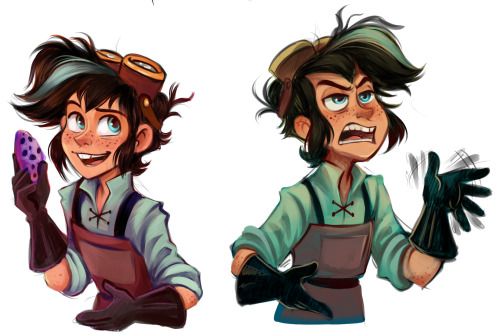 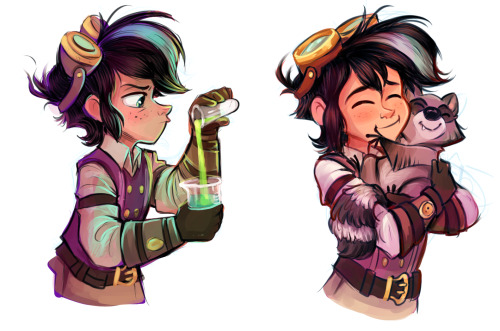 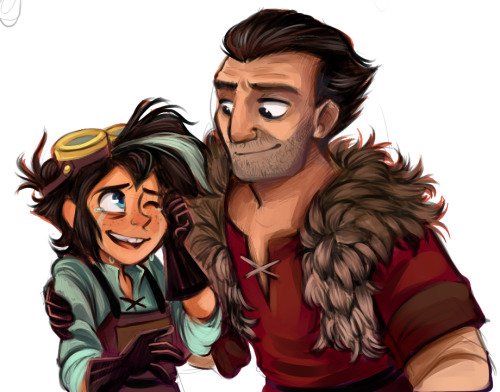 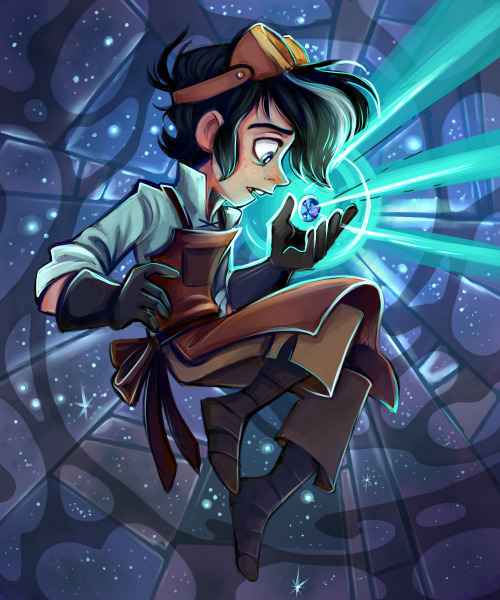 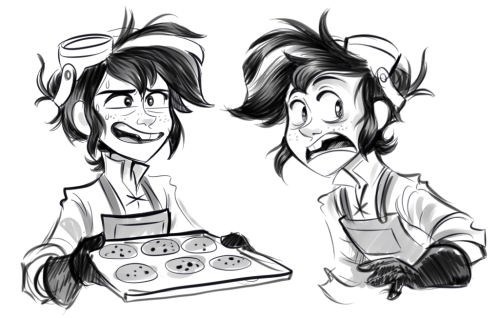 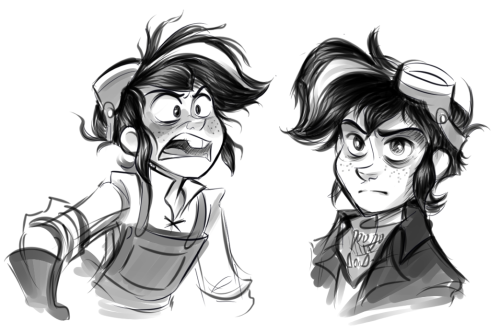 I’m broken here tonight and darling, no one else can fix me

Only you, only you.

These past days I’ve been thinking a lot about them 💞

XD XD XD Rapunzel being angry and annoyed is comedy gold to me.

I’m doing a bunch of screenshot redraws for a project so here’s a Snow Boy ™️!!

My very rough first attempt of the dark queen

Can’t believe I’ve never drawn her before. I love her!

With almost a year since Tangled the Series has ended me and my partner have decided to open our Amino forum for the public again on a trial, we had to close it and keep it for invites only due to some drama happening, we sincerely hope that won’t occur again.

Here’s an invite to my Community - Tangled Series OC Amino:

Has a good team of Curators, safe for underaged people.

We even have members that just comes by to chat about their daily life.

Every month we vote on an OC of the Month (even though lately it has been a little low on celebrating it, we still do it and the owner get a title.)

If you have anything to ask, just shoot me a message!

Forgiveness, can you imagine?

She was clearly jealous of her, yes.

“Goodbye and Goodwill” is kind of like reverse “Challenge of the Brave,” where the one who thought they should be in the spotlight was competing real hard and the other was basically going with the flow for the fun of it.

Yeah, it did get a little detached. There are a lot of people who either found the series through the song or don’t know where it came from to begin with. It happens. It’s nothing to be sad about, imo. That’s like being sad that people don’t understand the origin of a meme, just the meme itself.