I’m always on the lookout for any tidbits that might either support or dash my hopes for my Prince Runaan headcanon (pt 1, pt 2). The new map in Book One: Moon happened to catch my eye because I spent so much time staring at maps of Mirkwood for my old Thranduil fanfics.

On the left: Mirkwood, in Middle Earth. The turquoise circle at the top right is where the elves currently live, in the Elvenking’s Halls, with Thranduil as their king. The red circle in the bottom right is Dol Guldur, née Amon Lanc, King Oropher’s first castle in the forest before the evil of the shadow gradually pushed the elves northward.

And on the right: similar positions for the Silvergrove and the Ruins of Elarion in Xadia.

I haven’t read the book yet, obviously, since it doesn’t come out until next week, but I’ll be super curious to learn if there are any tiny hints about Elarion’s relationship to the history of the Moonshadow Forest.

But for now, I’m super stoked to see that the forest that the Moonshadows might’ve immigrated eastward to when the lava border was drawn really looks like the forest that Oropher and Thranduil immigrated to after their homeland was lost to them as well. TDP cartographers giving me life today!

Look I know it says “Ocean Point” but like

At Juan Point, Aaravos knew what he was doing. And as long as he stays there, he still will.

Unicorns: hey humans, we’re felling sad for you so here, have some primal stones so you can do primal magic and not be so miserable anymore :)

Aaravos: hey humans, watch what i got, daaark magic. I’m giving it to you just because i want to help you. Worship me.

So, these news about how it all started are surely something, huh?

I read that little excerpt, and …I so WISH we could have seen Harrow sing that lullaby to Ezran. MY HEART

SO MUCH LORE HAS BEEN DROPPED IN ONLY 10 PAGES OF BOOK 1: MOON CONTENT AND I’M SCREAMING

“I sobbed over Avatar. There’s no way I’ll sob over another show like it.” - I said before meeting Runaan’s husband

Tiadrin : Hey, Runaan do you want to third wheel on my date with Lain?

Lain : Ethari , do want to tag along with me and Tiadrin on our date?

Tiadrin and Lain who have been planning this for months: Great! We always wanted to go on a double date with you guys!!

The only reason why I want Viren to have a redemption arc is because of how well he raised his kids to be compassionate, brave and kind and loyal.

I really think he went for power because he really wanted the best for the human kingdom and his kids at first and then got lost in the way when he met Aaravos.

He is a morally grey character and one of the most complex of the show, it would be too easy to just sum him up as evil

#the dragon prince, #the dragon prince spoilers, #tdp, #tdp spoilers, #viren, #wolfie made a statement, #hot take : this one deserve a redemption arc even if he murdered a lot of people lmao, #he is a morally grey character but he is not fundamentally evil, #don't come at me i love viren
51 notes · See All
wolfsnapePhoto 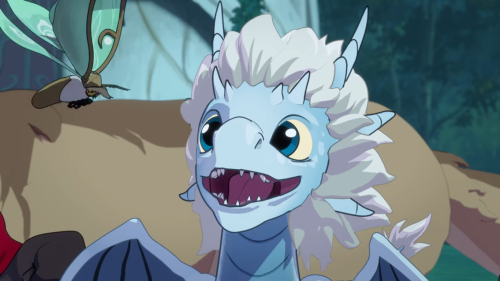 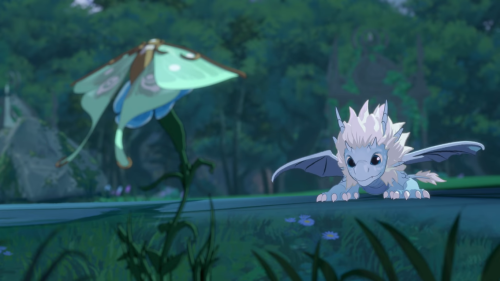 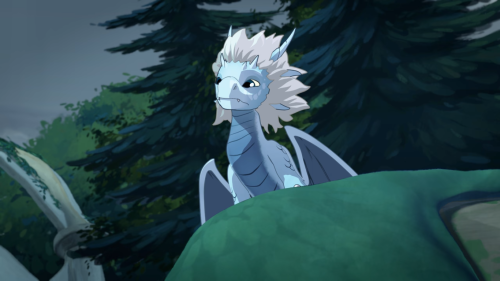 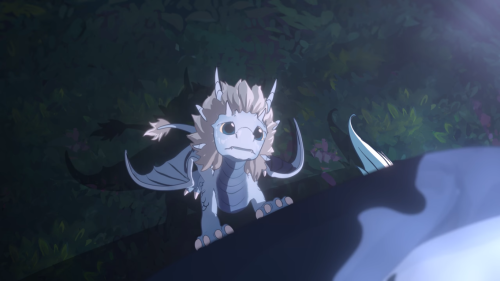 Viren : Can you not stand so close. You are making me claustrophobic

Soren: What does that mean?

Claudia : It means he is scared of Santa Claus

Claudia : Stop it Soren, you are scaring him.

Wanted to add in some juicy representation in aswell…

I’m pretty sure that Claudia (and probably Soren) are gonna eventually get Redemption Arcs™ because of how the story is framed but HOO BOY does Claudia creep me the fuck out. I wonder what the fandom attitude towards her thru season 2 was? I can honestly see it going several different ways. She’s the Sympathetic White Girl and whathaveyou, but she is VERY cavalier about murdering, dismembering, and using the various bits of everything from magical wildlife to like, sentient creatures. She even got visibly annoyed when someone else was uncomfortable with it–I carve up fish and shellfish all the time to eat, but it makes my mother sick and so I don’t shove it in her face. I definitely don’t accuse her of making a moral judgment about me based on her discomfort.

She might not know they’re sentient, though. Would she draw the line at elves? Probably not, she doesn’t appear to register them as “people.” Humans? I wanna say yes? She seems like she has a cognitive dissonance (no doubt from her father) between humans and every other living thing on the planet. It didn’t seem to be shaken at all by contact with Rayla and evidence that she’s, you know, a living, thinking, feeling person.

Anyway, it’s interesting. I’m looking forward to seeing where both of their character arcs go since it could honestly go a lot of different places here. Just one last thing: both kids seem almost slavishly devoted to their dad and it makes me wary. Viren seems to care for his kids from what little we see on screen, so I don’t want to just blanket call him an abusive dad, but also a huge chunk of their interaction was him setting them,,, not against each other exactly, but when an adult, even your parent, says to you, I’ve got a secret thing for you to do and you can’t tell anyone you trust, not even your mom/brother/sister/teacher etc… Maybe like… run. It’s not a good look for Viren… or for Soren, whose dumb ass was about three seconds and a well placed elf away from murdering a small child.

ok sorry if this has been said before, I don’t really follow the Dragon Prince fandom but in season 2 the whole Aavaros and Viren communicating through mirrors /screens it really gives me a webcam /video chat vibe. Like, at first Viren watches a streaming (in a voyeur way but that’s another story), Aavaros starts making a weird tutorial that he follows. After time he anxiously accepts to turn on his camera/mic, only to get catfished/scammed by Aavaros. 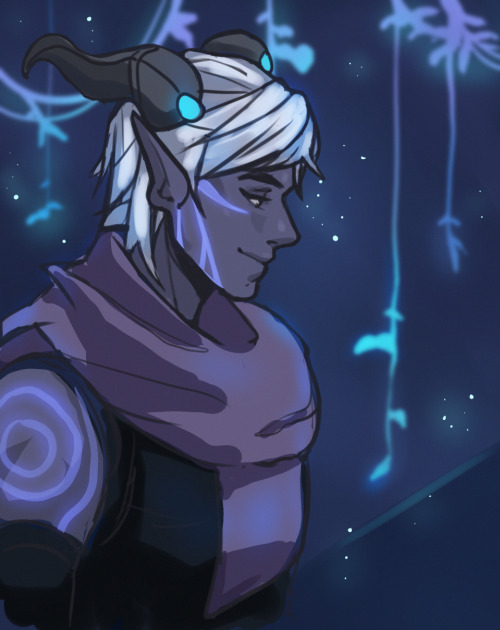