Hot take: the real reason teachers aren’t allowed to talk about their political views is because if they were, the students would keep asking questions in order to keep them off topic and avoid doing actual work like my class did when we found out our teacher was vegan right before thanksgiving

I’m very much enjoying my fall break. Took a walk with a friend, met my co-teacher’s puppy, jumped on a trampoline with a couple of littles. It’s been a relaxing and much needed break.

(Except for the allergic reaction to said puppy. 😢)

Today really defeated me…I am exhausted. Every aspect of my life is wearing me down.

My students and I started APUSGOV this morning by discussing the article on the bureaucracy that I’d assigned for homework. This was hilarious because I have the hardest time saying the word “bureaucracy” properly, and I stopped mid-teach to point out how much effort it was taking me not to mispronounce it, and several students sympathized with that. Then I gave some real world examples of how the bureaucracy interacts with the other parts of the government and with linkage institutions. Lastly, I segued to the federal budget. I have a good article on that, so I had students read for the remainder of class, which means I kept the promise I made yesterday to talk less, heh.

In World, I talked more because I was doing writing conferences. I set up a conferencing table (two unused desks pushed together facing one another) and called students over so we could chat about their progress on their Religion Essay. I required works cited pages and outlines be done by today, but most students had started drafts, as well, so I had a lot to look at- and it was great! Nearly all of them have been quick to pick up proper essay structure, and I’m so impressed by their organization and level of detail (Mrs. T remarked to me after class that she was noticing, too, how easily they learn to do something if they see a model- and, despite popular belief, not all students do- so that’s cool). It was good to speak to each of them and give them pointers, explain grammatical stuff, etc… And that took pretty much all block.

We did have time for a quick break outside before advisory, though, at students’ request. It’s cold and rainy, but they wanted to take a little walk anyways. The Vice Principal ended up walking with us because she’d called one of the aides out to deal with something, and was “filling in” for that aide at the time. I have a really nice bunch of kids in that class, so I think she enjoyed spending a few minutes with them and getting some fresh air.

I spent advisory on a Google Meet, chatting with the MfoL kids about some of their upcoming plans (joining other clubs and helping with a covid-safe trick-or-treat event, volunteering to help out on polling places on election day, etc…) A few of the students in the room were listening in on the conversation and asked to join next meeting, so that’s cool.

Stay tuned for it!

For just $15.00
With more and more areas requiring masks in public spaces and common areas, the need to find a mask is becoming more and more essential. Are you looking for a face mask that can show off your personality, then look no further! With many options currently available and more added on a regular basis, we are sure there is an option available to suit your needs. This mask includes our School Teacher design on the mask. The design includes a Red Apple with a Green Leaf. Then on top of the Apple the teacher’s name will be put on in metallic gold. This gold design does have a bit of a shine to it, that makes it stand out. These masks include three layers and a pocket for an additional filter (not included). They have a soft comfortable feel on your skin and can be adjusted to fit most face shapes and sizes. Details: 100% Ringspun Cotton Three layered with a pocket for a filter (optional) Made with SilvadurTM 930 Flex antimicrobial (EPA Reg. No. 464-785) fabric that inhibits the growth of bacteria and fungi to keep them clean. Adjustable straps Non-medical grade NAFTA Compliant Please Note: These are not medical grade masks and Anti-microbial fabric does not protect users or others against bacteria, viruses, germs or other disease-causing organisms Sizing Information: 7 ½” W (top) by 5” H (at center) Wearing Instructions: Before putting on the mask, clean your hands thoroughly. Cover your mouth and nose with mask and make sure that there are no gaps between your face and the mask. Avoid touching the mask while using it. Can be machine washed and tumble dried. To remove mask, remove it from behind (do not touch the front of the mask). Care Instructions: Wash thoroughly after each use Machine wash and tumble dry Antimicrobial properties will diminish with washing Shipping Details: All orders are hand made to each order and are shipped from Fort Erie, Ontario, Canada. Your order will be shipped Lettermail to Canada and the United States, when purchasin…

I named this ‘blog’ Random Choices as I wanted to talk and discuss the different choices I make, no matter how big, small or random. I just made a choice…
I have known that I have always wanted to be a teacher and this has only become more clear from working in a school. However, the choice I have made is totally unexpected.
I want (at least I think I want) to become a primary school teacher. If you had asked me five years, one year or even a month ago, I would have told you that I  don’t think that I can do that or even want to do that. However the thought of being a primary school teacher just popped into my head last Friday and now I can’t shake it.
It is a big choice to make and for me it is a bit of a random choice as I never thought I would think about teaching in a primary school.
Anyway, this post was just to say think about the random choices you have made and how they will/ have impacted your life. Until the next time….

Remember devil is a liar and god of this world, and throught the power of Christ and guidance of Holy Spirit we need to decern rightfully. I know a lot of people doesn't  agree  with the book of Enoch and it is shame because it is truly inspired by the Spirit. Enoch is mentioned quite few times in the bible by the apostels themselfs, the book was read  and studied by the earlie church obviosly. Just because schollars says it isn’t scriptual doesn’t mean they are right, remeber Jesus is the teacher and not the worlds wisdom.

“You call me ‘Teacher’ and ‘Lord,’and rightly so, for that is what I Am.

Teacher, The Girl from the Other Side {Totsukuni no Shoujo}

Seeing as the next manga is coming in a week, I finally got around to finishing digitally. So here he is! 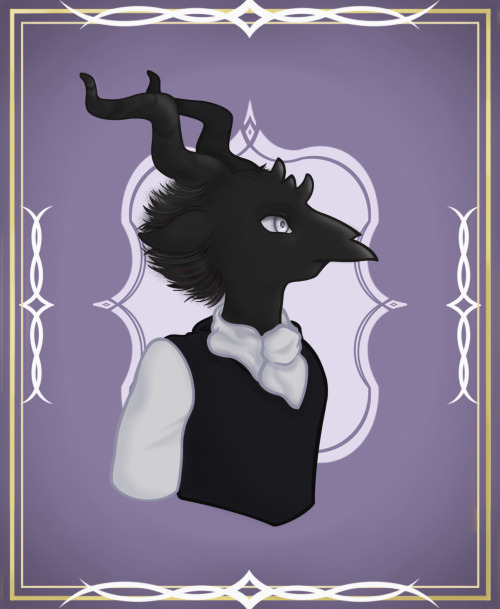 Get my art printed on awesome products. Support me at Redbubble #RBandME:

Get my art printed on awesome products. Support me at Redbubble #RBandME:

she was in my dream last night. it felt so real.

Anyways, anyone else who didn’t realise they were allowed/able to have opinions and preferences until they were like twelve ??

#no idea how to tag this, #but like, #I didn’t have a favorite song, #artist, #movie, #class, #teacher, #food, #drink, #and so much more, #until I was like 12, #and I realised, #hey, #actually, #i don’t like that thing, #or, #i don’t have to like all of my teachers, #or I don’t have to finish this book series just because I started it, #it is possible that I do not like it, #i am allowed to abandon it, #like the idea that I was allowed and able to not like something, #lifechanging
0 notes · See All
toesimulationText

Based off: Every Music Class I Have Ever Taken.

#artist problems, #Beethoven is mad, #Mozart is pissing in ur mouth bc of this, #Tchaikovsky peels ur skin, #they’re all mad, #I’m mad, #not, #lol, #music, #teacher, #music teacher, #OH YOU LNOW EHEN MSUIC PAPERS SAY TO NOT REPRODUCE OR COPY, #BUT the mysic teacher hands u a copy anywyas, #well. that’s what this was based of, #but I forgot n I’m too lazy to go back into the post section thingy, #grrr
0 notes · See All
Next Page